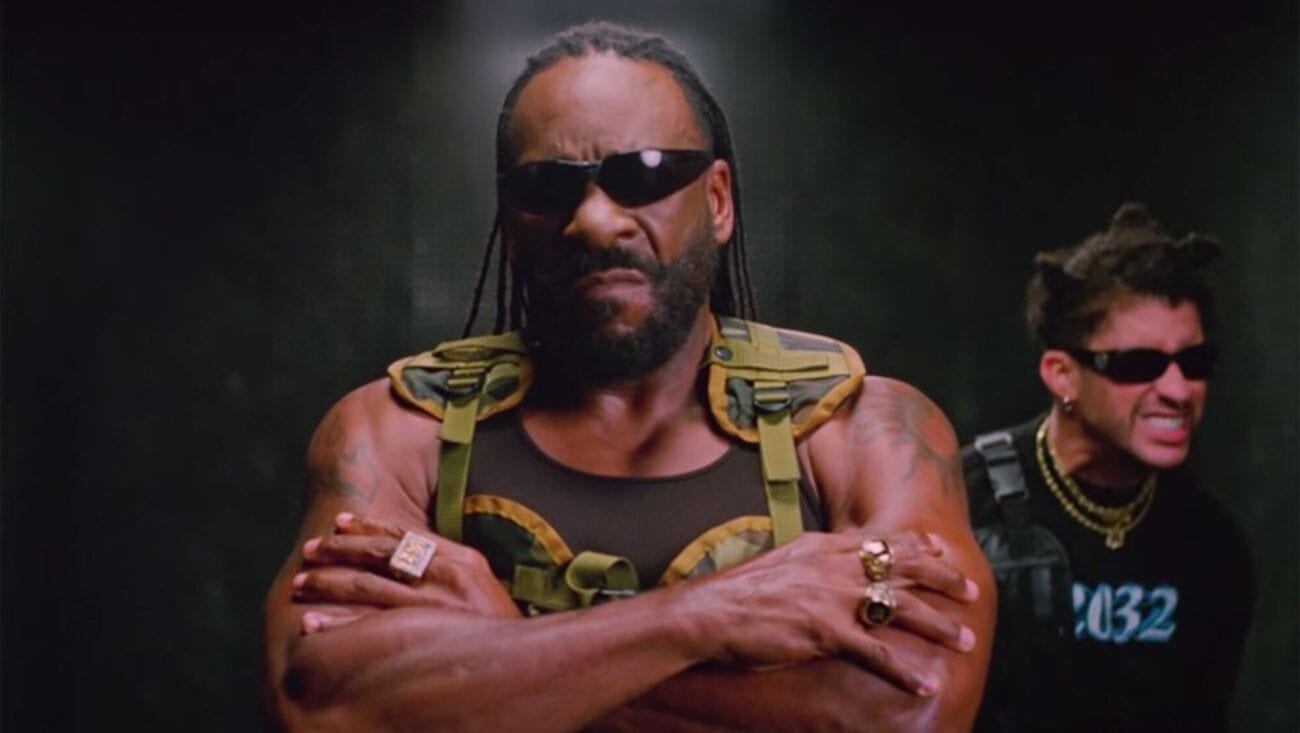 Can you dig it? Sucka! We had to throw at least one Booker T catchphrase in there.

Two weeks ago we saw the return of one of WWE’s most electrifying events – the Royal Rumble! The event, which takes place annually every January, kicks off the “Road to Wrestlemania” with an exciting royal rumble match. The match sees that thirty competitors enter the wrestling ring at random every two minutes, with the goal of eliminating all opponents over the top rope.

An event of this magnitude needs something to make it all the more worthwhile to build up hype, and WWE did just that when they booked rapper Bad Bunny to perform live at the Thunderdome arena. Even cooler? Bad Bunny performed his hit single “Booker T”, an ode to WWE Hall of Famer, Booker T. Care to check out this epic performance for yourself? 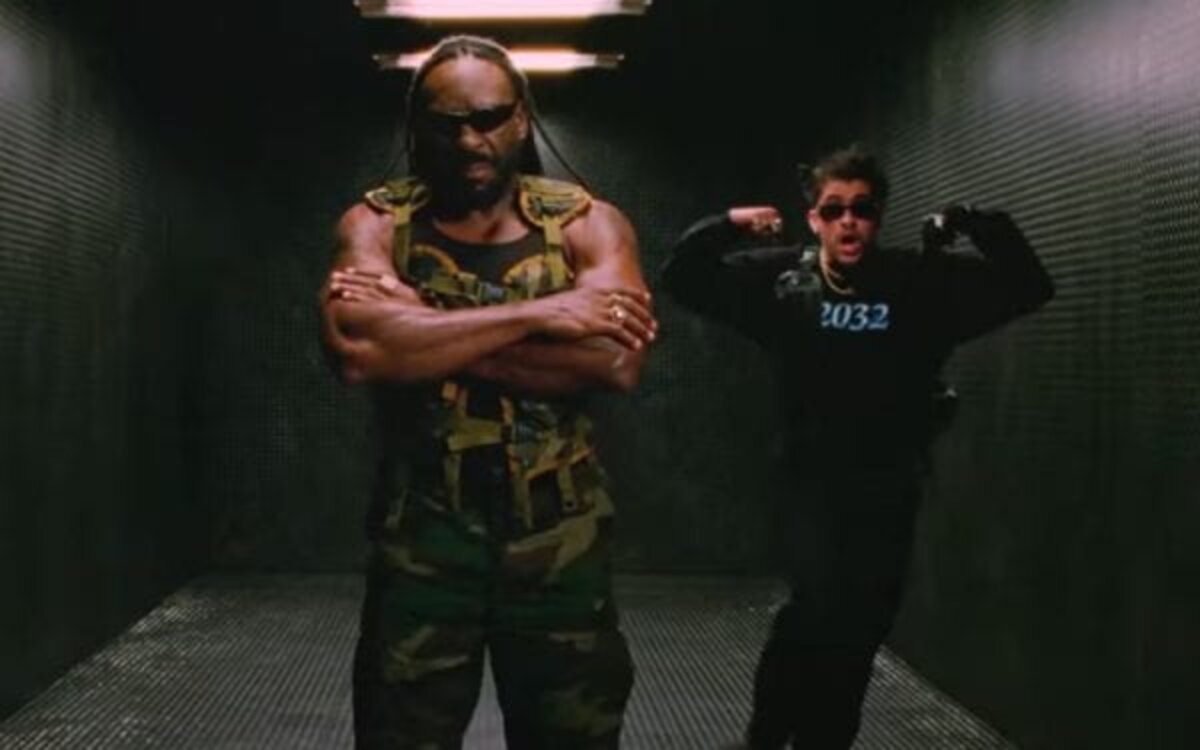 WWE puts on the popular royal rumble match every year and the winner of the thirty-man, or woman, royal rumble earns a title shot at the main event of Wrestlemania. The Super Bowl of wrestling events.

The match sees not only familiar faces on the WWE roster but oftentimes returning WWE legends, as well as other celebrity appearances. Famous past royal rumble competitors include Drew Carey, Shaq, and Mike Tyson, who were all vying for a title shot to prove their own wrestling abilities.

However, the 2021 royal rumble match did see one unexpected competitor, one who even performed a professional level stunt during the match – Bad Bunny. 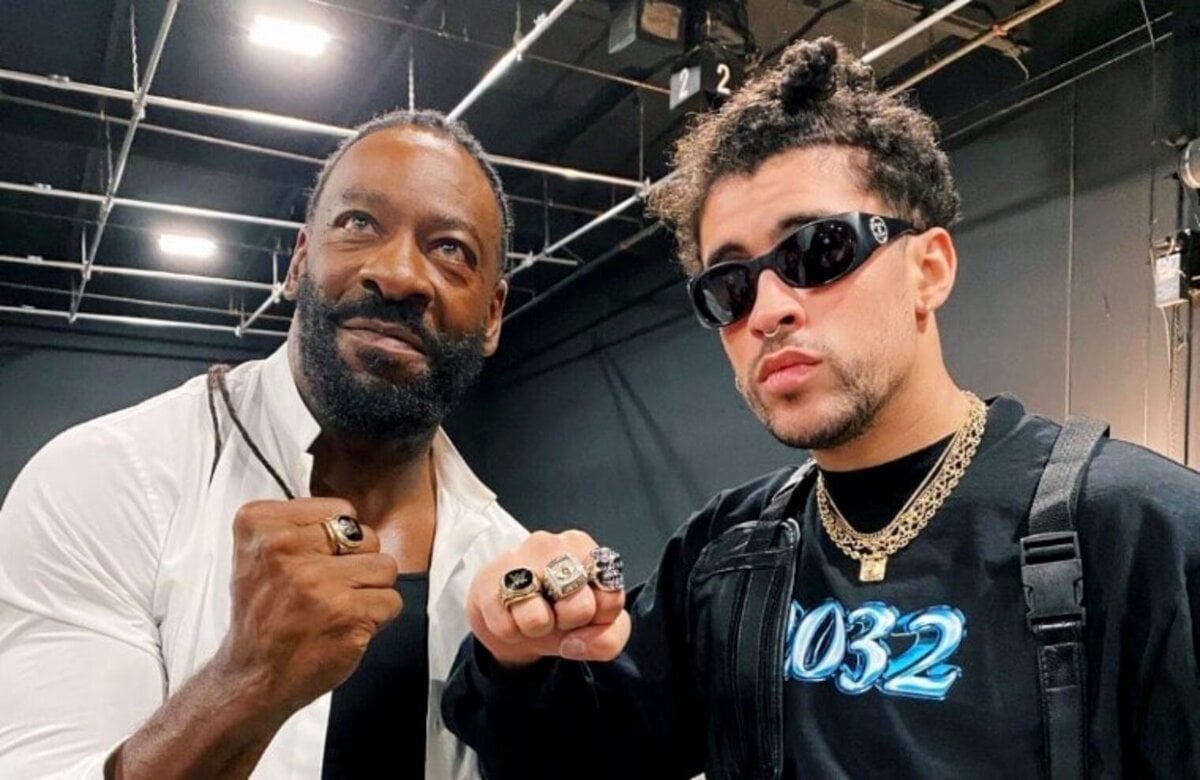 Earlier during the Pay-per-view event, rapper Bad Bunny hit the WWE stage to perform his smash hit, “Booker T”. The music video for the track sees Bad Bunny rapping in Spanish, all while Booker T stands still, sporting a matching pair of army camo pants & vest with his arms crossed.

The live performance was a recreation of the music video, as Booker T returned to his WWE home and hit the stage with Bad Bunny, sporting the same costume & pose. It was an electric performance that really helped pump up the virtual audience, gearing them up for the royal rumble match itself.

However, Bad Bunny’s night was not over, as he provided a crucial distraction during the actual royal rumble match to aid NXT’s Damian Priest. WWE superstars The Miz & John Morrison, two WWE “heels”, were taken back by Bad Bunny’s trash talking, and were ultimately eliminated by Priest thanks to Bad Bunny’s distraction. 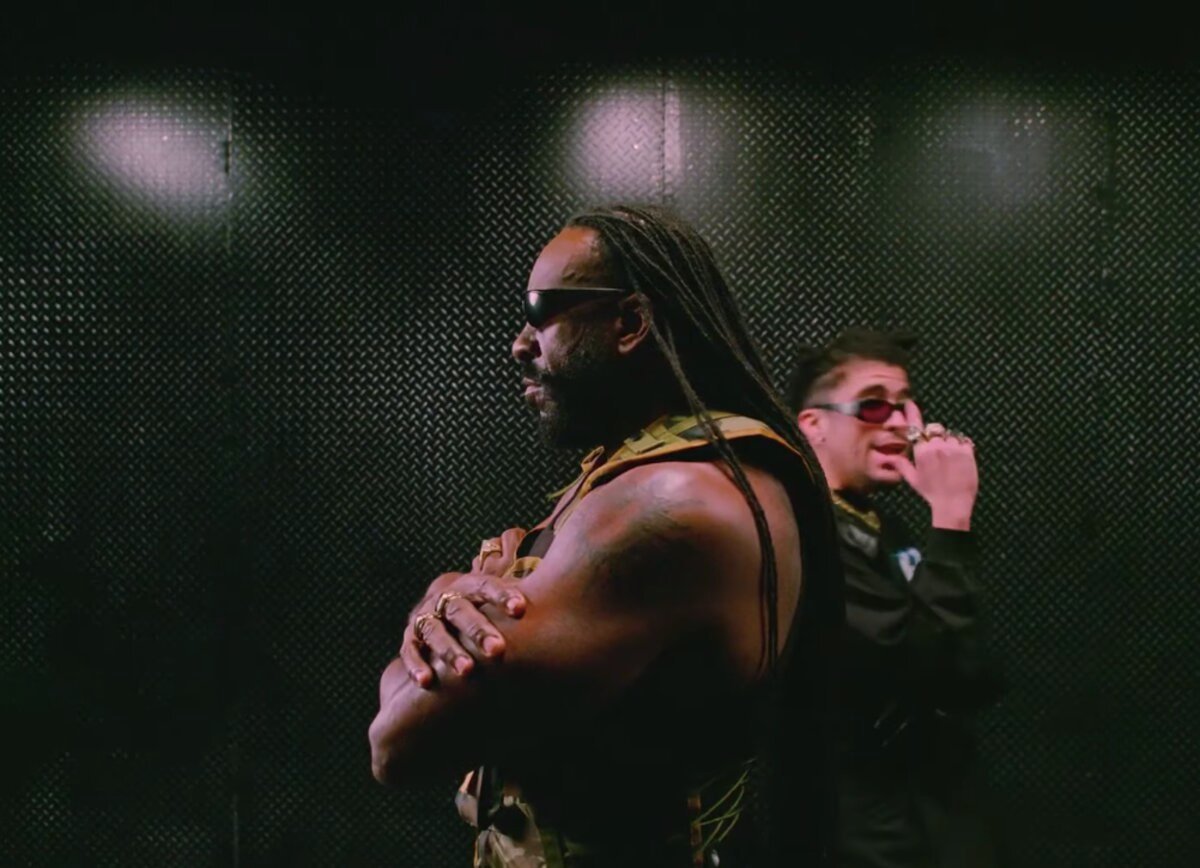 Bad Bunny even showed off his stunt skills and climbed to the top rope, jumping out of the ring and landing on The Miz & John Morrison once they were eliminated. 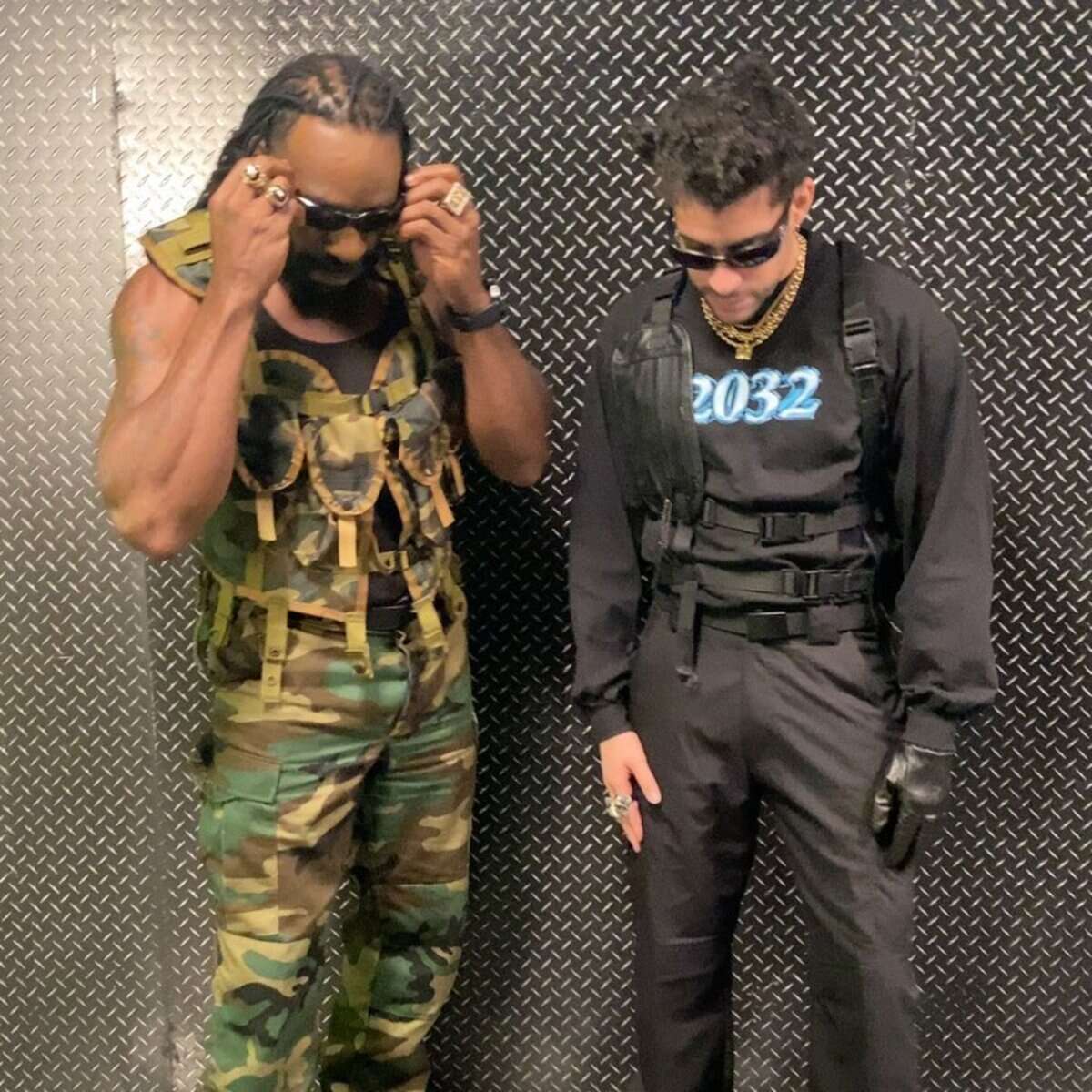 Check out the epic performance

Here you can watch Bad Bunny’s live performance of “Booker T”, live from the Royal Rumble. Be sure to also check out the original music video, as well as Bad Bunny’s impressive air assault on The Miz & John Morrison.

Will Bad Bunny return to the WWE?

It’s not uncommon for WWE to have an extended storyline with celebrities leading up to Wrestlemania, which typically takes place in the Spring. They’ve done so in the past with the likes of Floyd Mayweather, Mike Tyson, as well as others.

Heck, even Bad Bunny appeared on last week’s WWE Monday Night Raw to make another appearance with Damian Priest, clashing once more with The Miz & John Morrison. This is most likely serving as a set up to a possible Wrestlemania tag-team match, which should feature Bad Bunny in an attempt to boost fan’s interest in Priest, a tactic that WWE loves to do when they have a celebrity at their disposal.