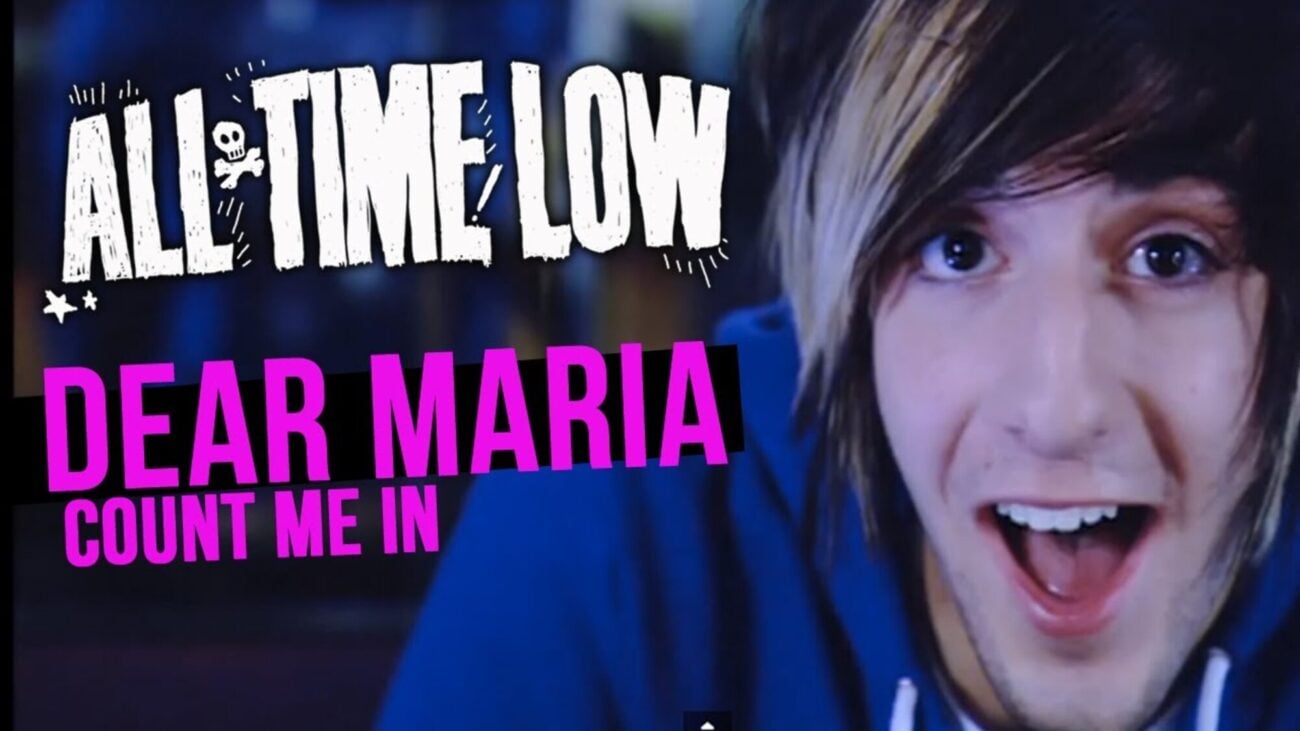 “Dear Maria, Count Me In”: Have All Time Low fans found the real Maria?

If you weren’t part of the punk pop revolution that happened in the late nineties to mid-2000s, then you’ve definitely missed out. Long were the days since Vans Warped Tour, teen angst, angry finger pointing to jaded lyrics at shows, feeling like nobody understood you, and most importantly: “it’s not a phase, mom”. While all the pop punk kids have (fortunately) grown up since then, we have to admit it was a pretty iconic era.

Even if you never had a full-on pop punk phase, we’re sure that if you grew up in the 2000s, you’re familiar with the band All Time Low, and more specifically, their hit single “Dear Maria, Count Me In”. The song has over 236 million streams on Spotify, and has gone down as one of the most pivotal anthems of the emo & pop punk era of the 2000s.

While we all can probably sing along to every single lyric in this All Time Low hit, do you also know the backstory behind this song? Well, to all the fellow emo & pop punk kids, we’ve got some exciting news for you. Maria is a real person! Years after the release of the song, THE real Maria has stepped forward and claimed she was the actual inspiration behind the song, and told her own version of the story. Read about it here.

Meet the one & only Maria

So who is the original Maria that inspired the All Time Low anthem? Well everyone, meet Maria from Austin, Texas, who’s a thirty-five-year-old mother & yogi. Recently, she took to TikTok to admit years after the song’s release that she was actually the inspiration behind the song that made the band famous.

According to Buzzfeed, Maria explained that she knew the band when they were younger while living in Baltimore, Maryland. Maria said: “All of us were in this huge circle of friends, and every weekend there were shows. It didn’t matter how many people or who was playing; the same groups always showed up, and All Time Low was part of that group.”

Before the song was even released though, Maria confirmed that she actually knew a song about her was in the works. She recalled to Buzzfeed: “I did actually know about the song while it was being written. Matt Flyzik [All Time Low’s former tour manager] texted me one evening and said, ‘Hey, Alex is writing a song about you. There’s not much, but…’ and then disclosed the iconic intro and chorus.”

♬ Dear Maria, Count Me In – All Time Low

What inspired All Time Low to write the song?

So why did All Time Low feel the need to write a song about Maria? In an interview in 2020 with American Songwriter, the band’s lead singer Alex Gaskarth explained that the band was inspired to dedicate a song to “Maria” after she became a dancer at some of the local clubs in the Baltimore area. The real Maria confirmed to Buzzfeed that the story was indeed true.

“I’m surprisingly a very introverted person. So, a year later, when I decided to dance and they found out when I disclosed it at a party, it just shocked everyone”, she said. To confirm that she really was telling the truth, Maria even reached out to Zack Merrick, the bassist for All Time Low, who she said she was the closest to, and he even confirmed that she really was the original Maria behind their hit song. 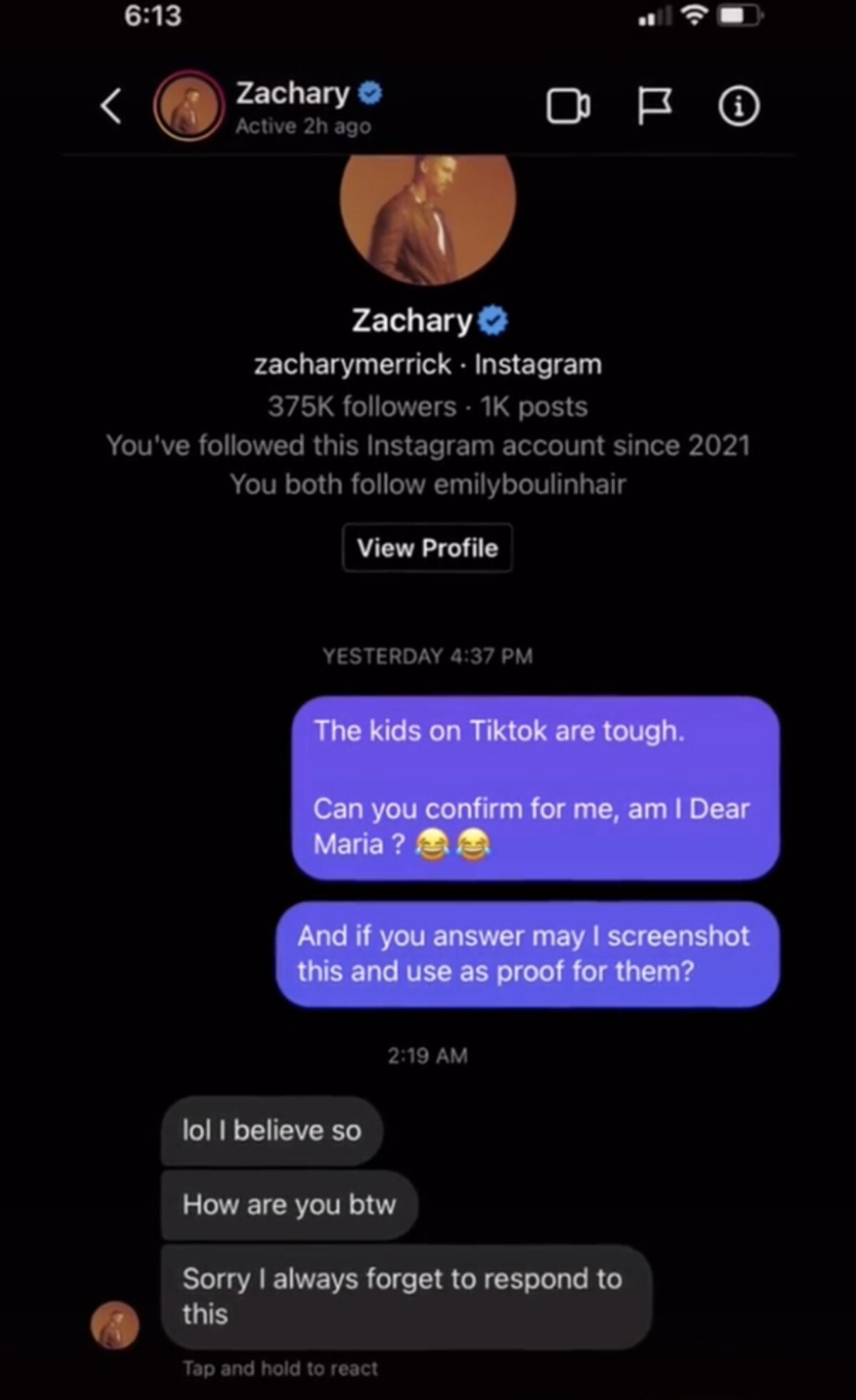 How does Maria feel about the song now?

When asked about the All Time Low emo anthem now, Maria mentioned to Buzzfeed: “I find it untimely. I think people will have this expectation and scroll through my social media and think, ‘no way,’ because I’m that person that just does the bare minimum for posts. I don’t wear makeup, I’m home even pre-pandemic. I feel like they’re expecting the scene queen I was when this all happened years ago.”

So what is the legend behind the song up to today? Maria told Buzzfeed: “Life for me now is mostly mom stuff. I have two children. One is very medically needy, that’s the main reason I’m a stay-at-home parent. Aside from that, a close friend runs a grassroots organization, Austin Yoga Meetup, that I managed with her before the pandemic.”

“We did community yoga events with optional donations and then would gift all proceeds to Austin non-profits”, she added. We love that for you, Maria!