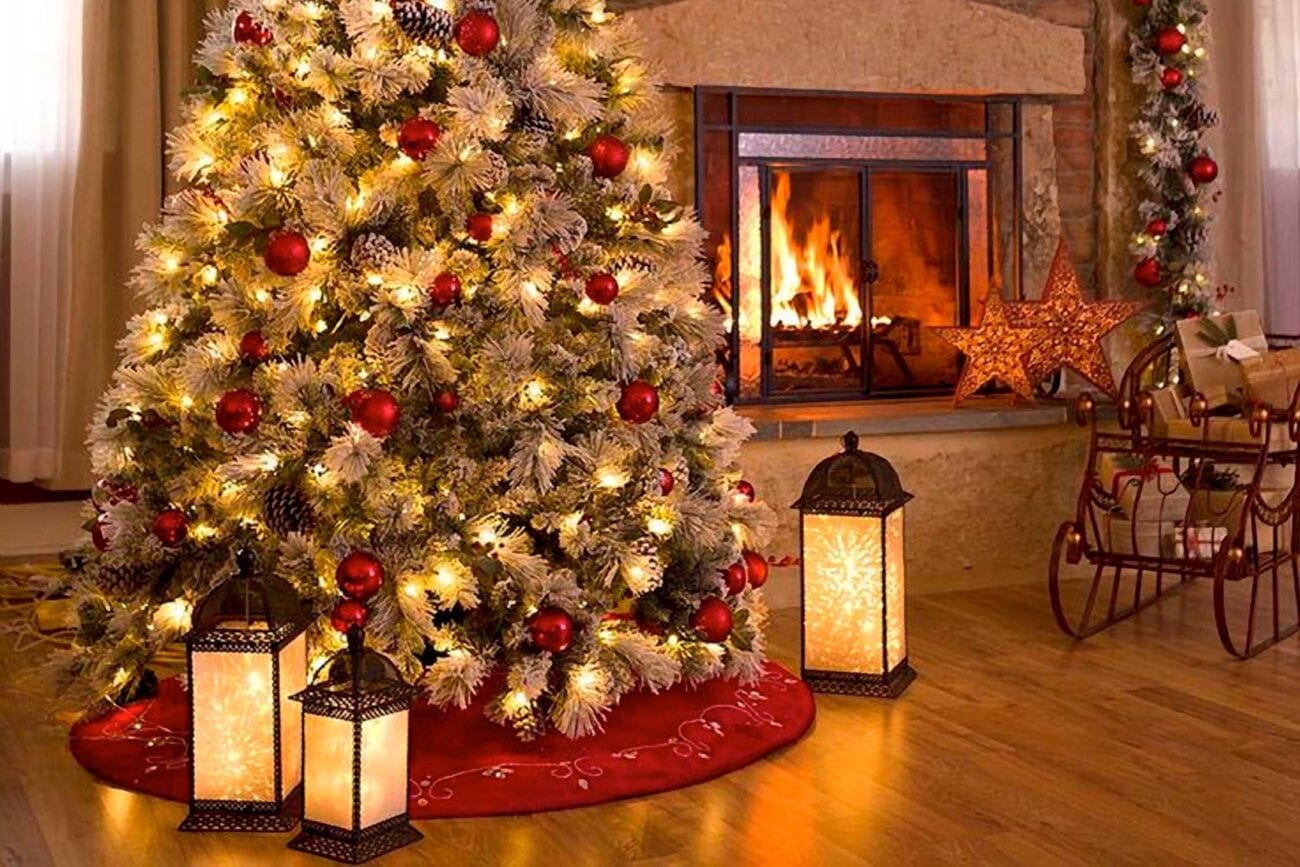 What exactly is the meaning behind the lyrics of “12 Days of Christmas”?

“12 Days of Christmas” is one of the most popular Christmas carols sung & played on the radio multiple times every year. It’s constantly parodied in funny ways that use the concept of the song, but with a different theme. Whether you love this carol or find it incredibly annoying is up to you.

No matter what your reaction is to this song, there is a certain curiosity directed at what the lyrics actually mean. The gift options given by the person’s true love must have some type of meaning besides just the quantity of each gift. Here is the meaning behind “12 Days of Christmas.” 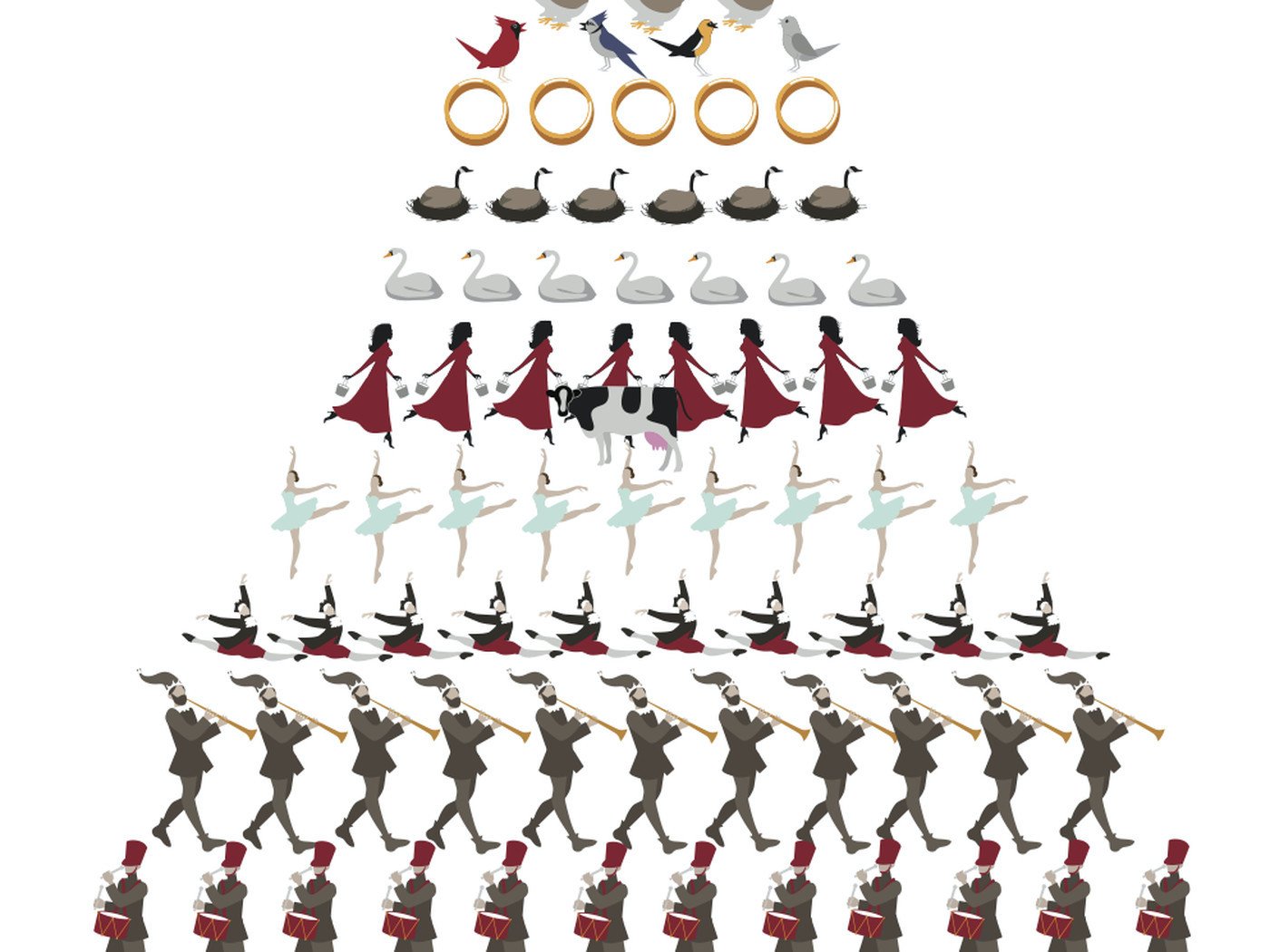 The lyrics have evolved

According to Vox, many “variations of the lyrics have existed at different points.” Some previous versions mention “bears-a-baiting” or “ships-a-sailing.” Some even have the gift giver as the person’s mother instead of their true love. The earlier versions also list “four colly birds,” with colly referring to black as coal. Some even theorize that “five golden rings refers to the markings of a ring-necked pheasant.

The present version the majority are familiar with “comes from an English composer named Frederic Austin,” according to Vox. In 1909, Austin developed the melody and lyrics as well as adding the “drawn-out cadence” for five golden rings. 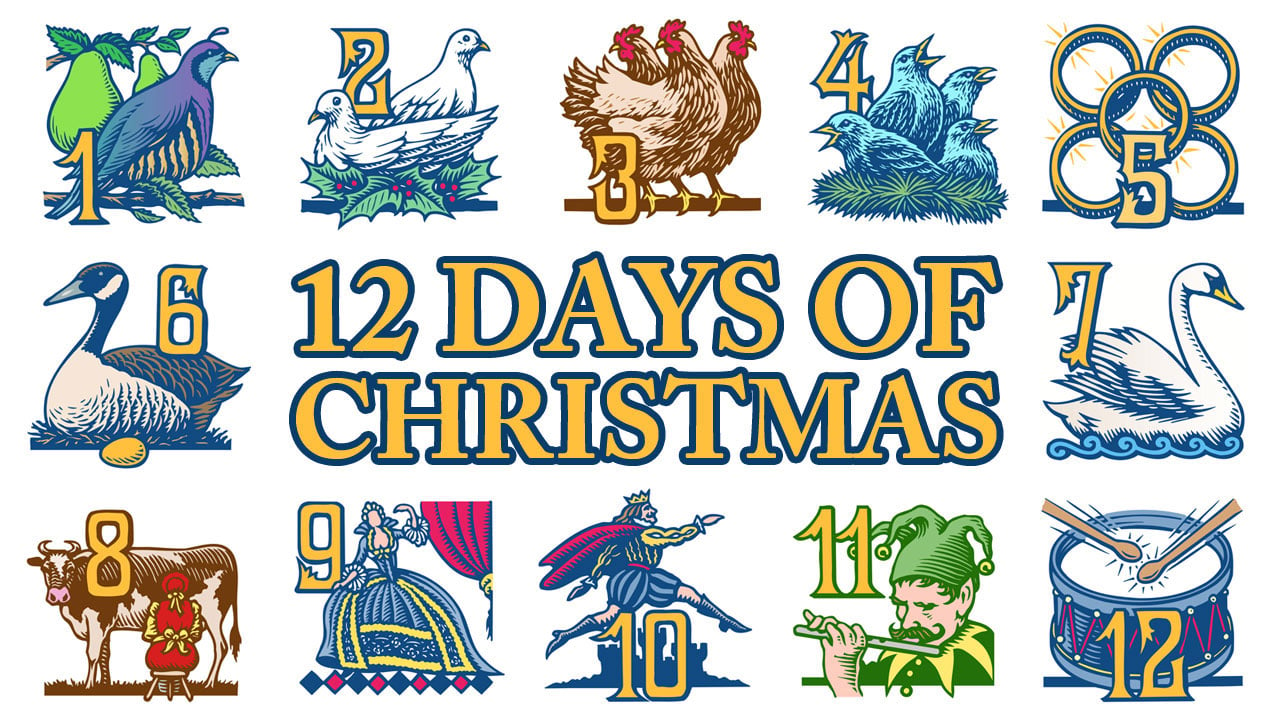 The song began as a game

The earliest known version of “12 Days of Christmas” appeared in a 1780 children’s book called Mirth With-out Mischief. According to Vox, while the exact history of the song is slightly unclear, many historians agree the song began as a “memory-and-forfeits” game for children. The singers would test their recollection of the lyrics and would have to give their opponents “forfeits” — a favor of some kind — if they made a mistake. 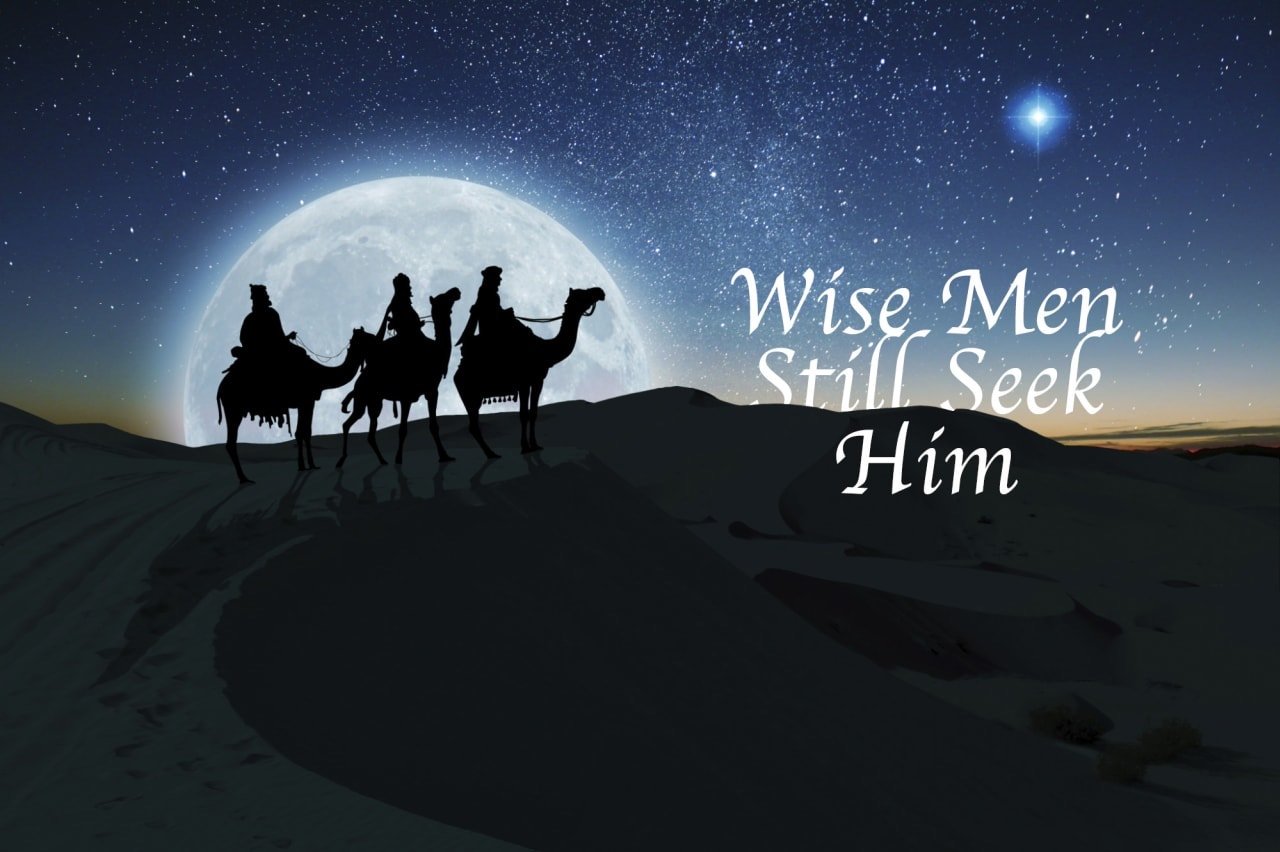 Does the song contain Christian symbolism?

According to goodhousekeeping, there is a popular theory that “12 Days of Christmas” was made & used “to secretly pass on the ideology of Christianity” in a time where Christians would be punished for practicing their religion openly. Each gift represents a different Christian teaching.

For example, the six geese-a-laying are the “six days of creation,” the ten lords-a-leaping are “the ten commandments,” two turtle doves are “The Old and New Testaments,” and a partridge in a pear tree is “Jesus Christ.” The biggest flaw in this theory is that if Christians were in fear of practicing openly, how would they be able to sing a song that repeatedly mentions Christmas.

However, there is still a religious reference in the song. According to goodhousekeeping, the “12 Days of Christmas” does not refer to the twelve days leading up to Christmas, but actually the twelve days after Christmas. The song begins with “the birth of Christ on Dec. 25th and ends with the coming of the Three Wise Men on Jan. 6th.” 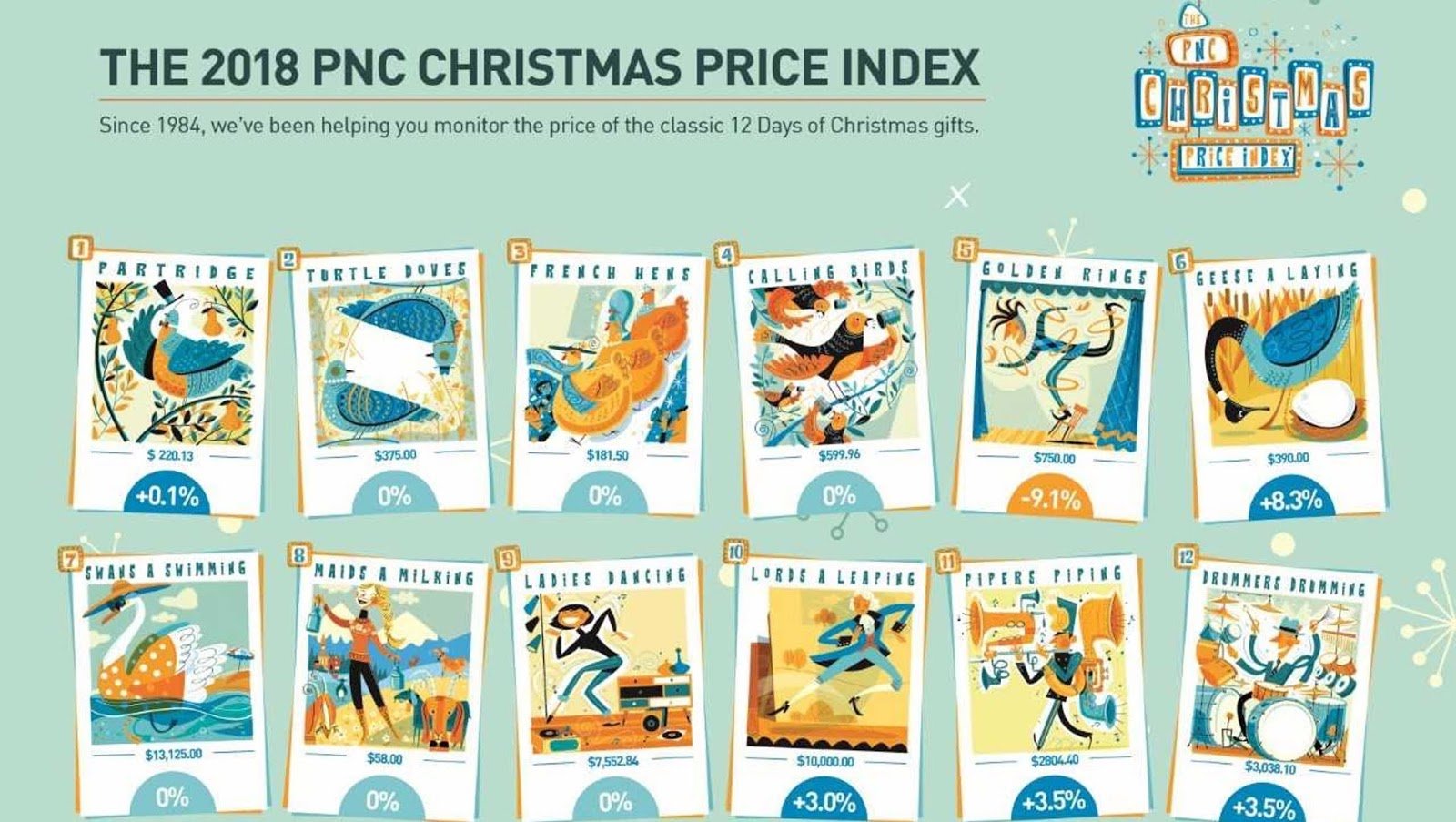 Since 1983, PNC has calculated the prices of the gifts in the “12 Days of Christmas” by using the PNC Christmas Price Index. For 2020, the combined price for all of the gifts would be $16, 168.14. The index doesn’t include pricing for the final four days of Christmas as those gifts all involve people. These gifts are unavailable due to the pandemic and social distancing.

The most expensive item on the list is seven swans-a-swimming at a whopping $13,125. These gifts make buying a PS5 a solid, financial decision.

For as long as anyone can remember, “12 Days of Christmas” has been a staple of the holidays and is a classic, despite many finding the song rather annoying. Even if many don’t know the reasoning behind the items on the list, it’s still fun to sing along.