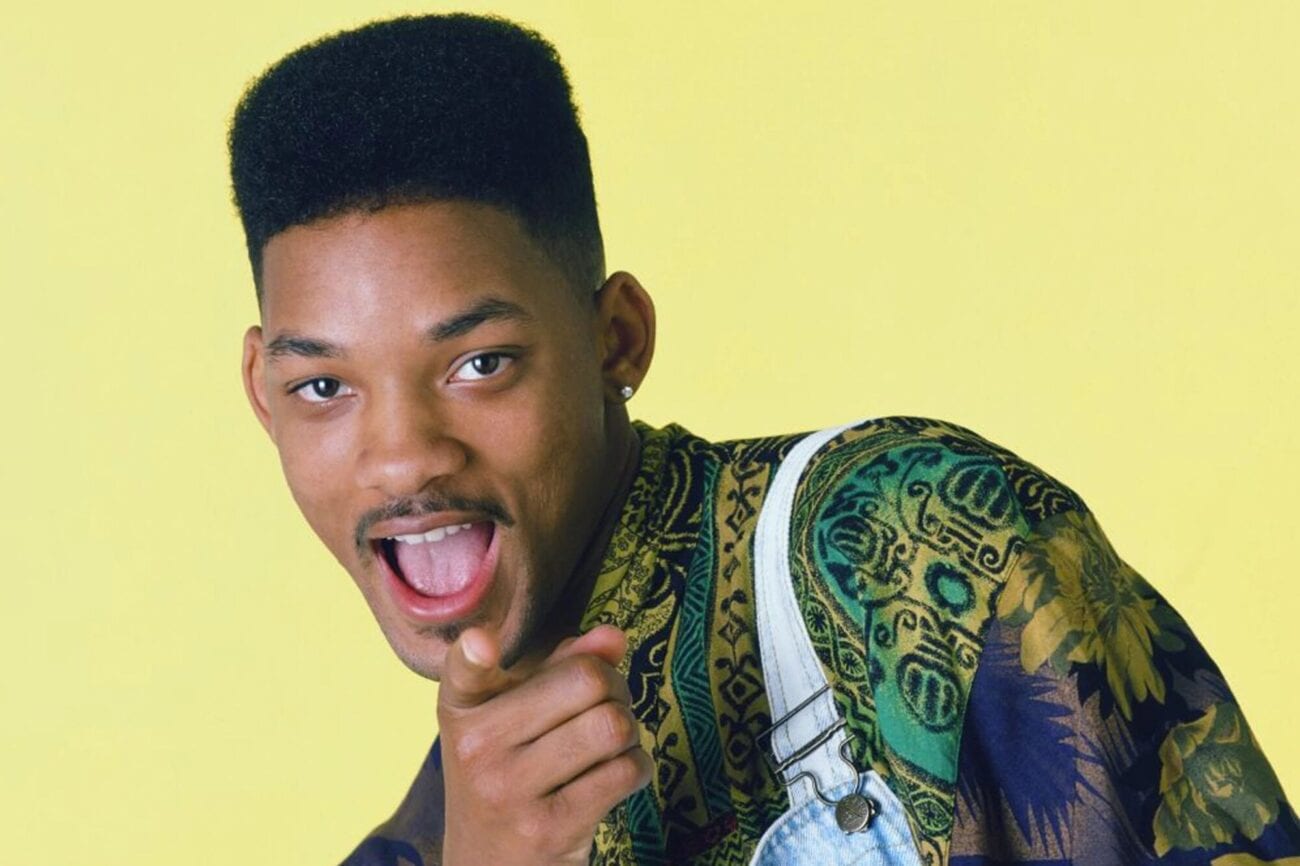 What’s the best Will Smith meme? We’ll let you decide from our picks

Will Smith has had quite a prolific career. The American producer, actor, and rapper has had a long run in Hollywood, appearing in iconic shows like The Fresh Prince of Bel-Air or classic films such as the Men in Black series, The Pursuit of Happyness, Seven Pounds, and more. Newsweek hailed Smith as “the most powerful actor in Hollywood” in 2007, and he has even won four Grammy Awards.

The beloved actor has certainly built up a legendary name for himself, and while we love him just as much as the next person, what way to celebrate his amazing career than poking a little fun at him by looking through all the best Will Smith memes on the internet? Get ready for loads of laughs, and let us know which one is your favorite. 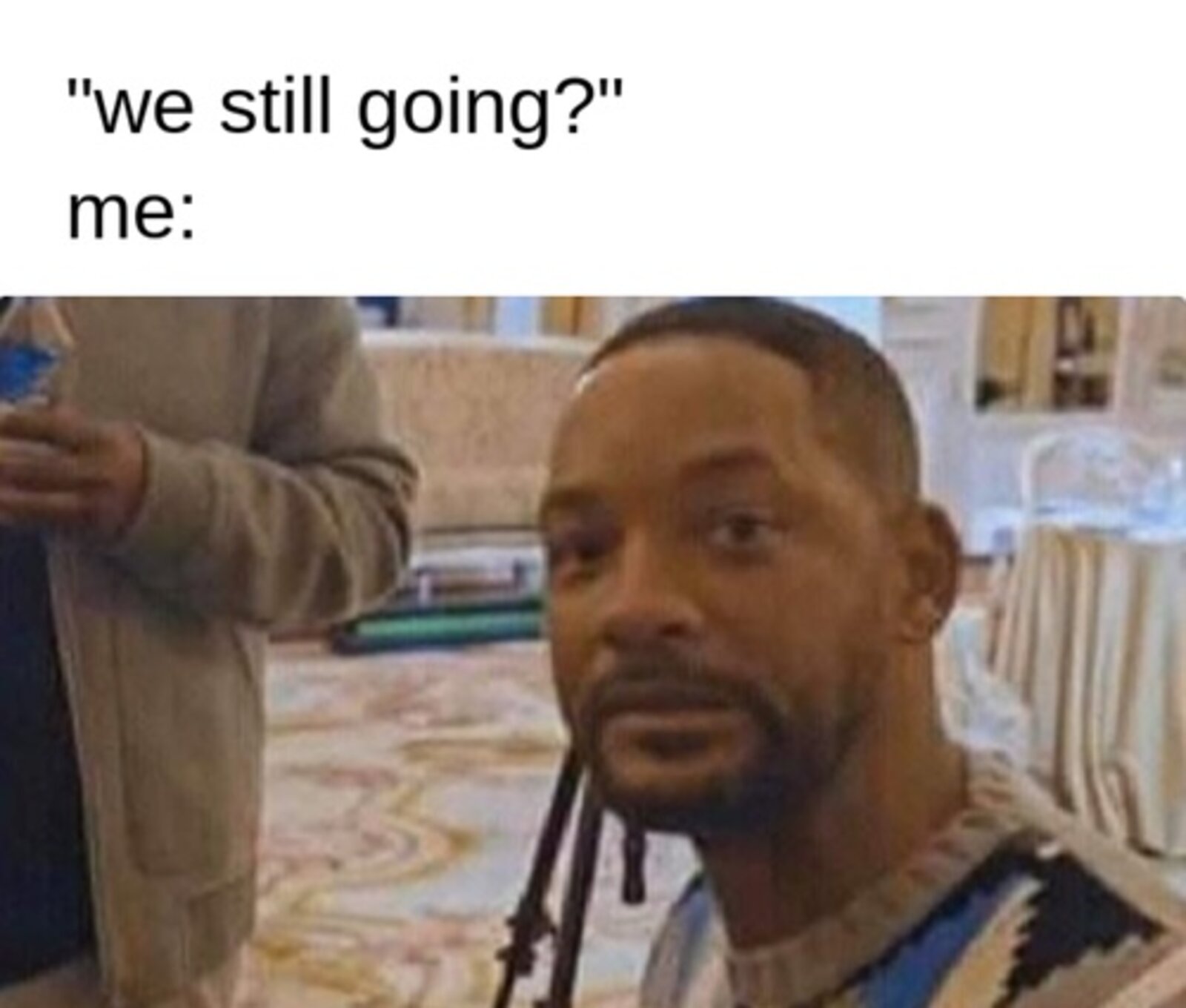 We can’t help that Will Smith has been caught making some way too relatable faces throughout the years. The awkward look he’s making in this meme definitely sums up what it’s like when you make plans only to wish the other person forgot about them the day of. Introverts & homebodies, we’re looking at you. 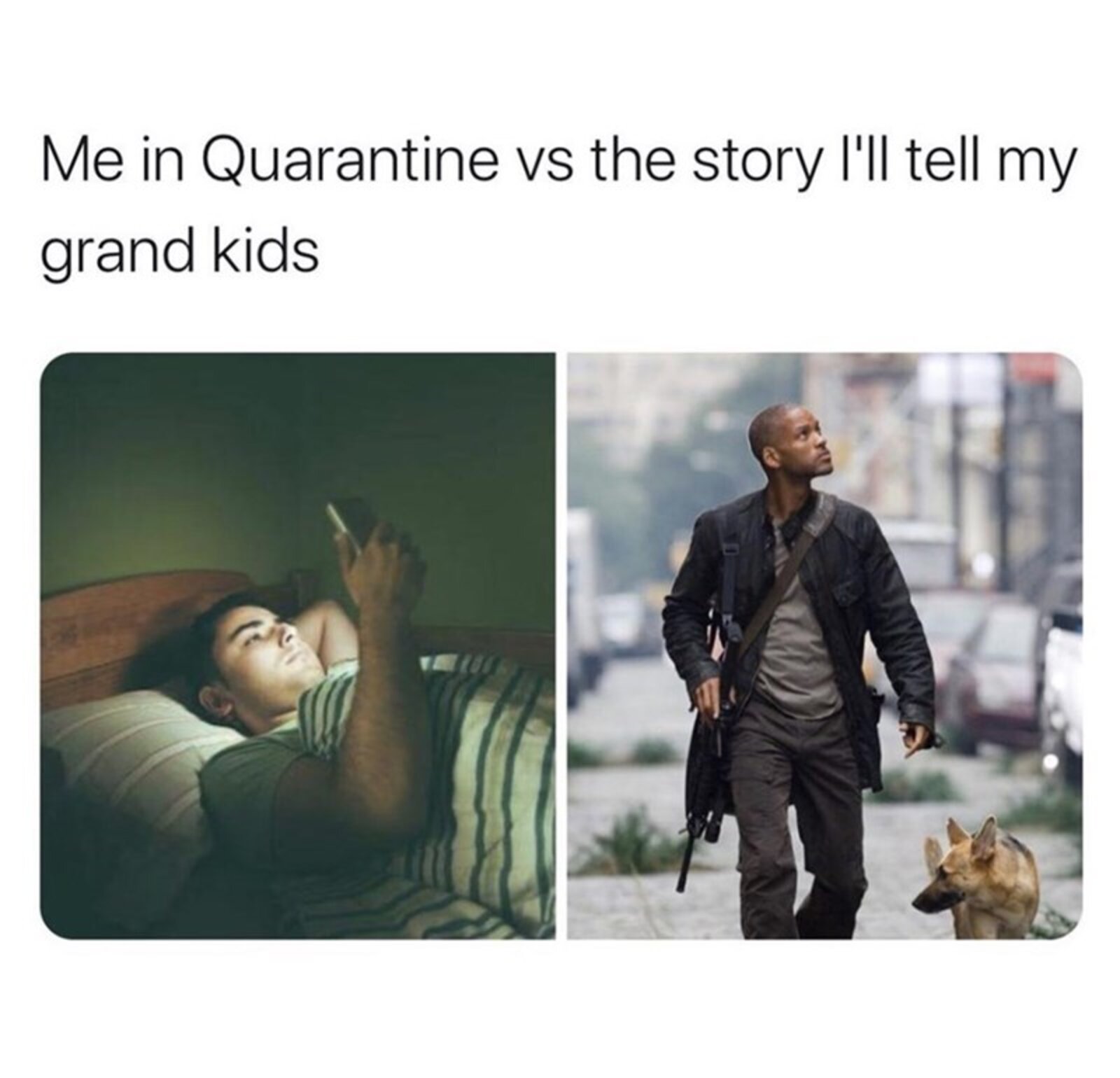 The COVID-19 pandemic story is one we will all definitely be telling our grandkids. However, let’s just pretend we spent it as bad-ass as Will Smith did in I Am Legend instead of just sitting at home in quarantine bingewatching our third new show of the month . . . 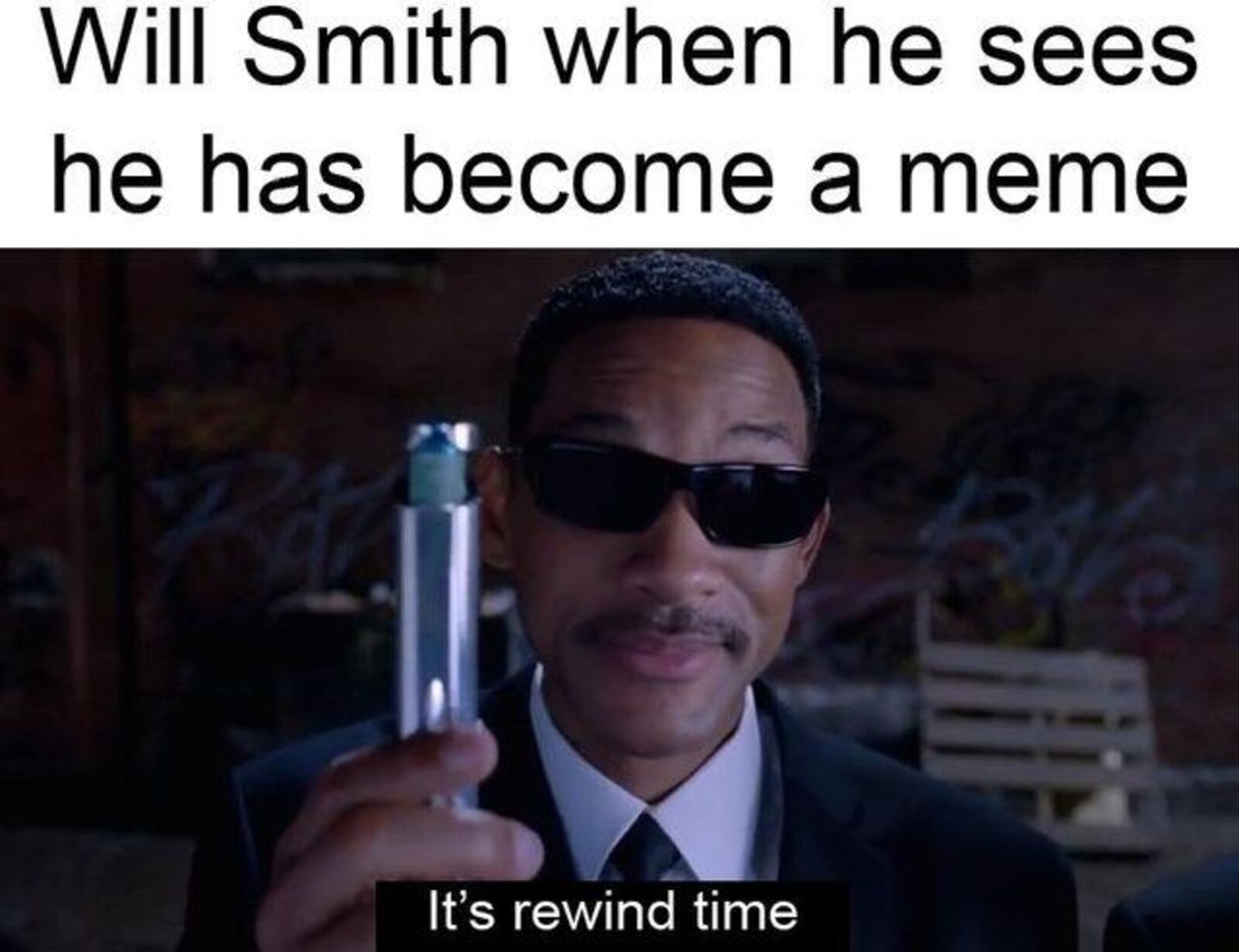 Seeing Will Smith as Jay in the iconic Men in Black series brings back all the nostalgic feels. We’re sure he understands the memes are all in good fun though. 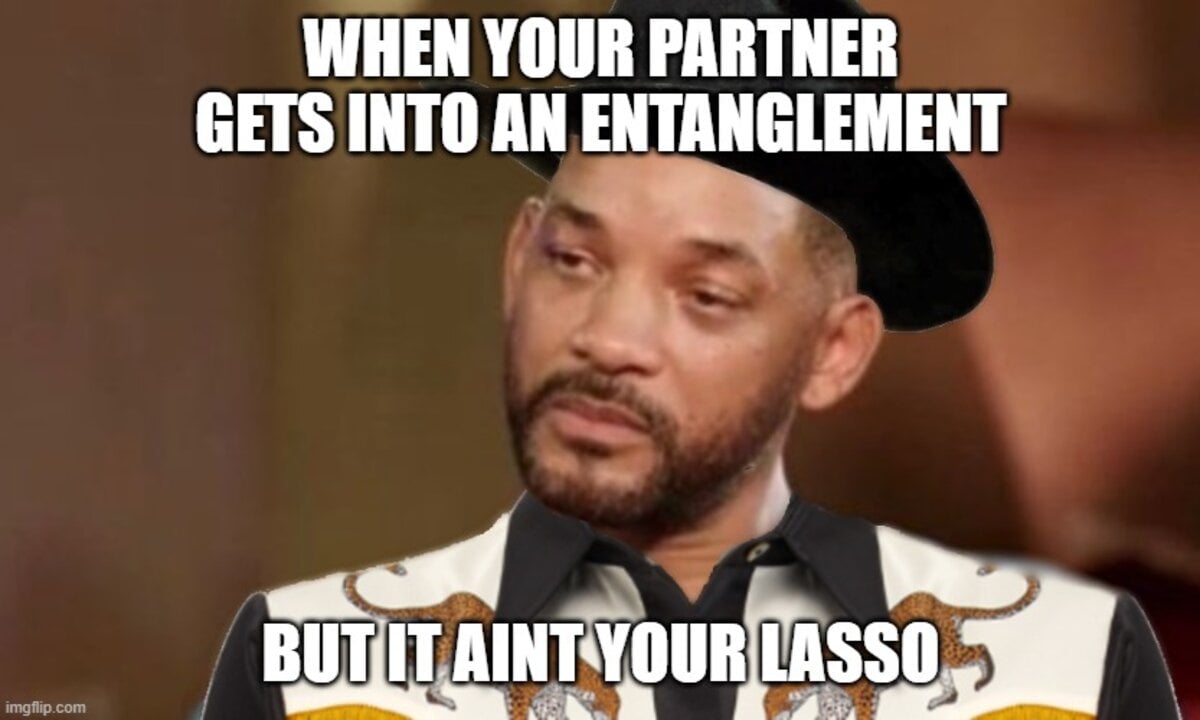 Alright, this one may hit Will Smith’s soft spot just a tad, but we can’t help but bring it up because this entire situation was publicized to the world. Here’s a little reminder: when his wife Jada Pinkett Smith was reported to have had an affair with another man in the past, she brought Will onto her show Red Table Talk as the two explained how it all went down, describing the situation as an “entanglement”.

While the two showed they both had a mature & understanding way of dealing with their marriage, the internet couldn’t help but blow up over her use of the word “entanglement”. Looking at Will Smith’s face in this picture though, he appears to be in disbelief as well. 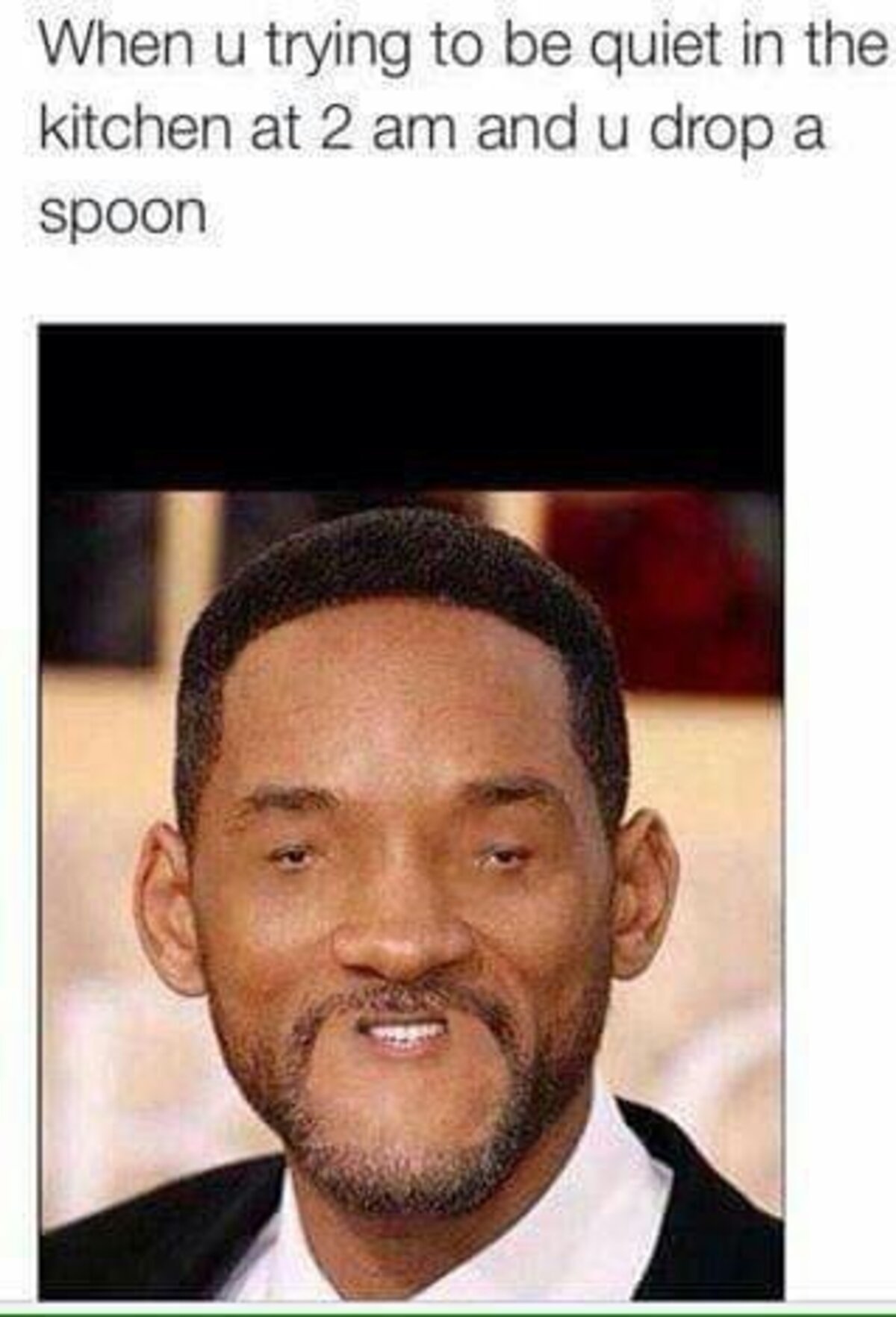 Ahh, the beauty of Photoshop

Alright, who’s responsible for this horrendous use of Photoshop on this poor man? We demand answers! But in all seriousness, why does everything sound ten times louder in the kitchen in the middle of the night? 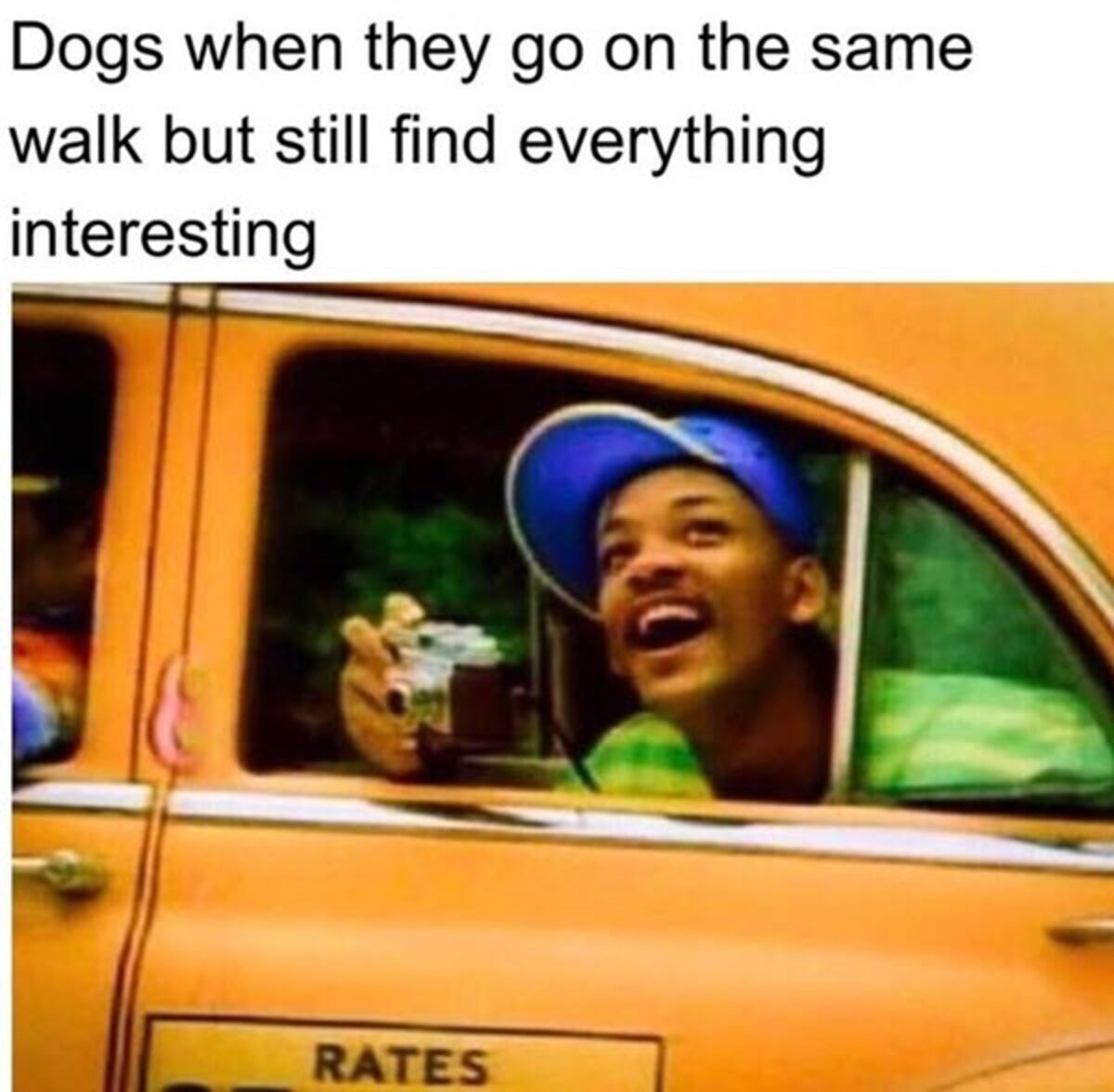 How amazing are dogs?

No matter what, you can always count on a dog to be excited over everything. We can definitely always learn a thing or two about positivity from these adorable creatures. 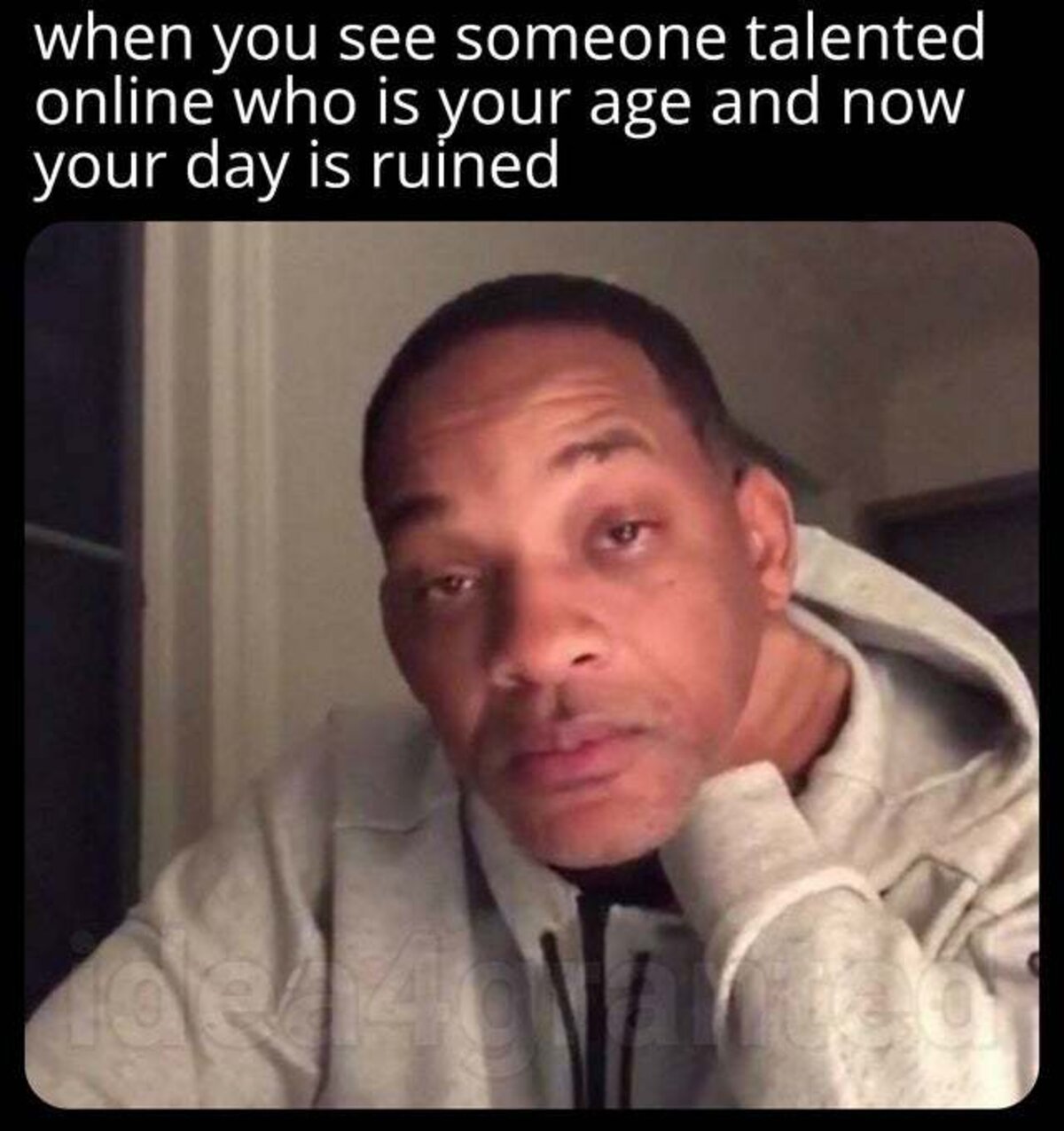 This meme has to be the best Will Smith face he’s ever given us. We are truly, truly tired of seeing eight-year-old children belt out in a song hitting each note perfectly as if they’ve had decades of experience. 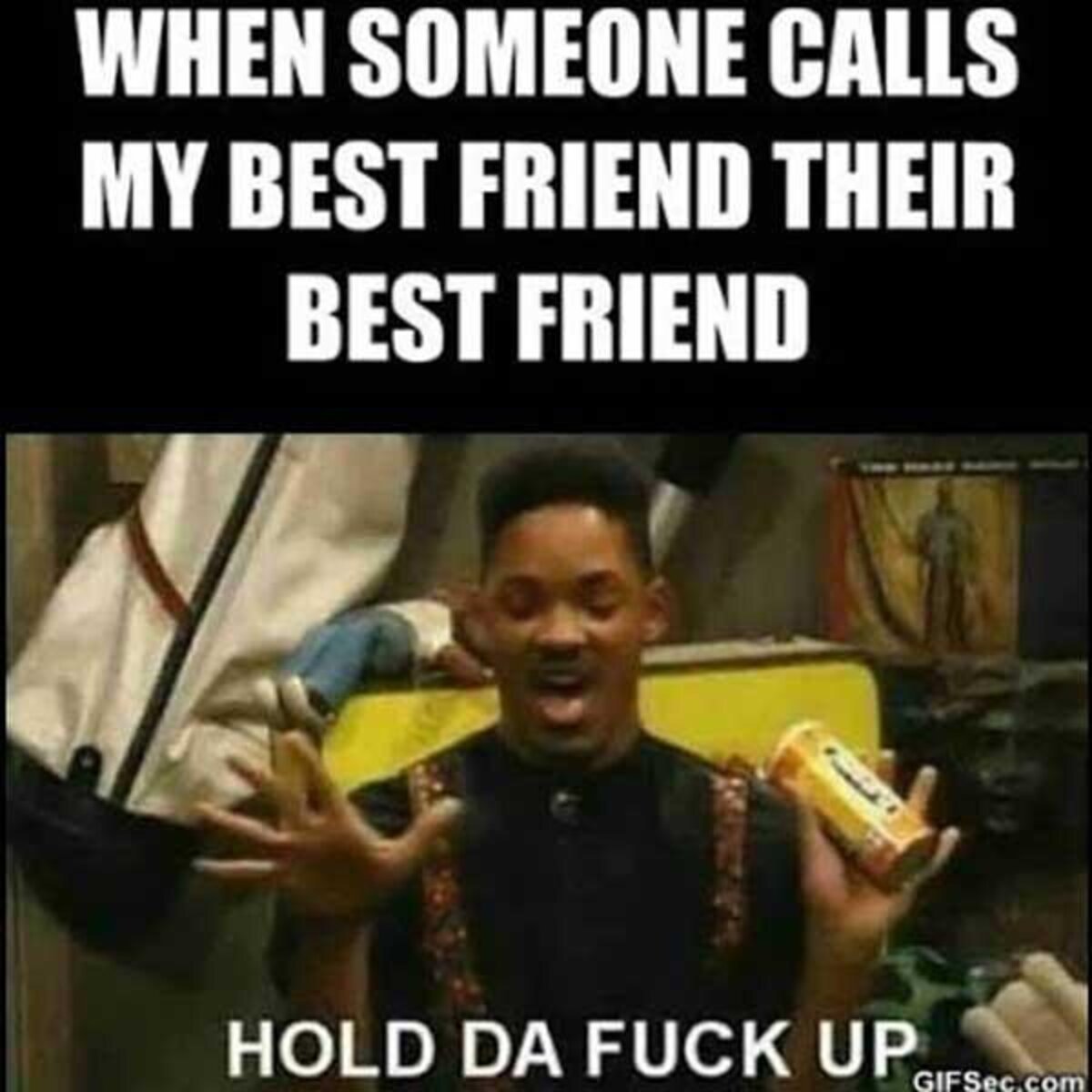 We can’t help being just a little too territorial over our favorite people. 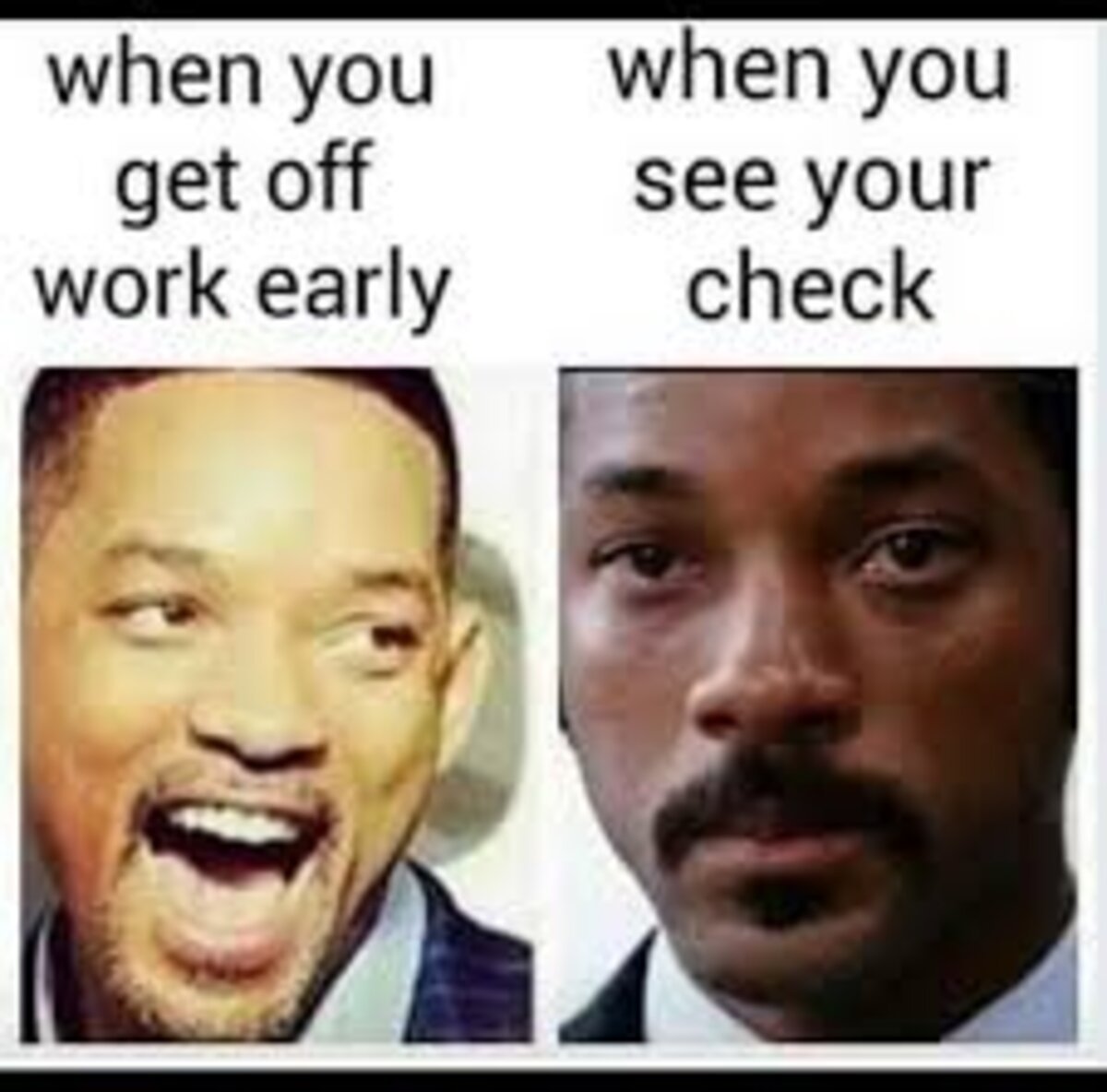 Getting off work early vs. when the check comes in

Falling for instant gratification is way too easy unfortunately, and this Will Smith meme is just way too relatable. 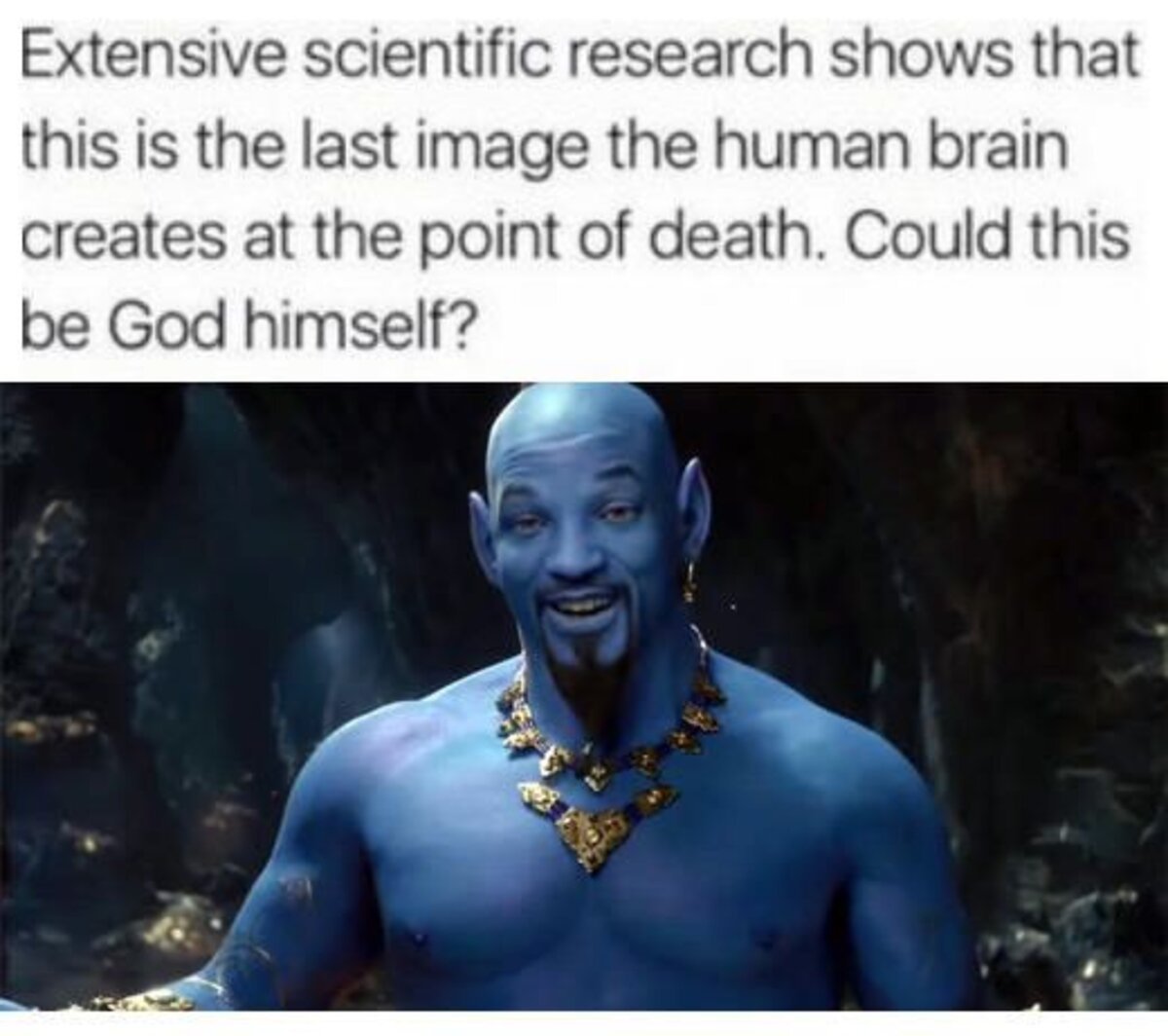 This meme shouldn’t even need a description. Just look at the way they created the visual effects on Will Smith in his Aladdin role. Enough said.

Which one was your favorite Will Smith meme? Let us know in the comments.