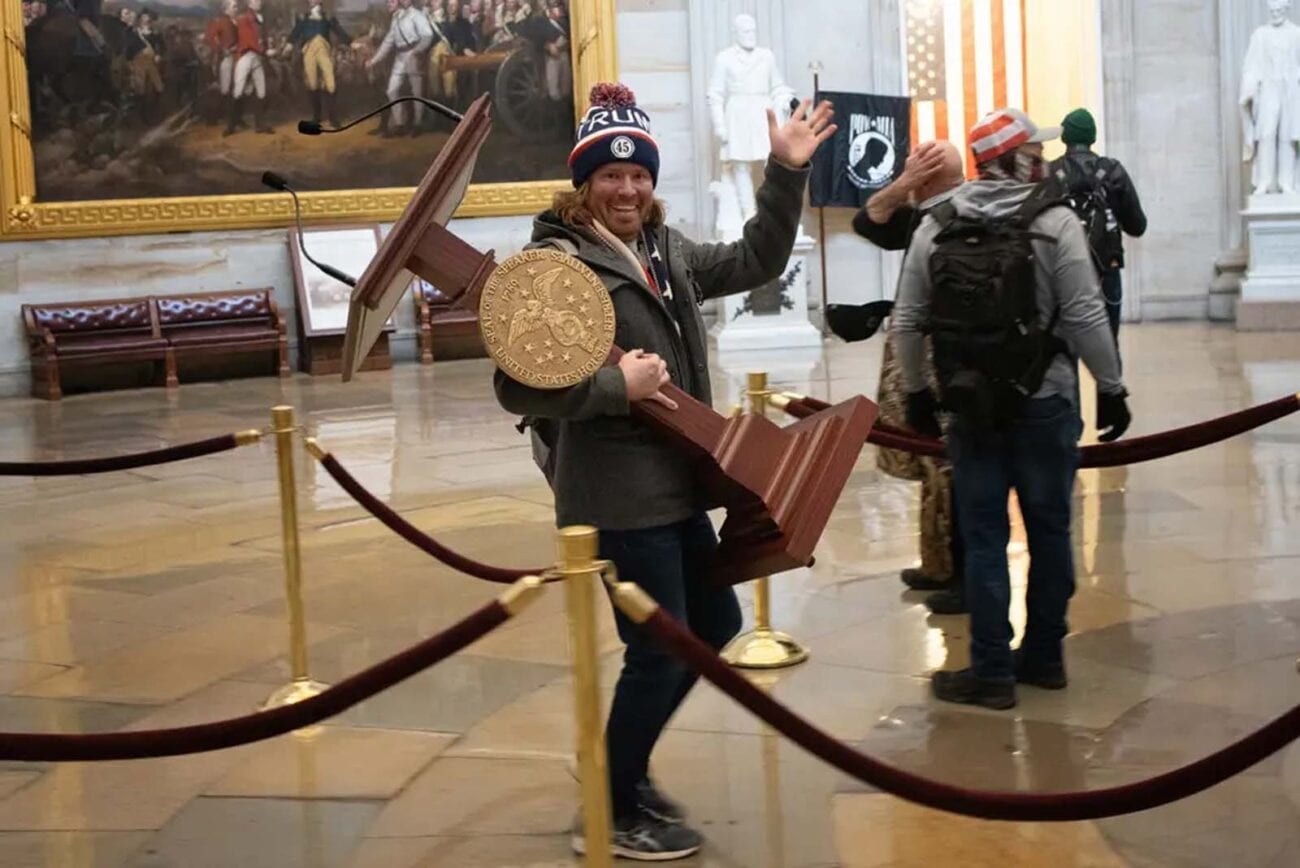 Via Getty isn’t real? All the memes of confused Getty Images search users

After the absolute mess that occurred in Washington D.C. yesterday something lighter needed to be in the news cycle today to prevent everyone from having a mental breakdown. Luckily, a little bit of confusion on Twitter has led to just that.

After an apparently wide misunderstanding, a new meme broke out – Via Getty. It seems that the attribution to Getty Images – a stock photo and editorial image provider that’s been around since 1995 – was believed to be the name of one of the rioters at the Capitol Building yesterday.

Here’s how the meme came about and what “via Getty” actually means, as well as some of our favorite memes circulating on Twitter.

A correspondent for Politico tweeted an image of a man holding an object that has been called everything from a lectern to a podium to a plinth (it’s a thing you stand behind when addressing people, okay?). However, when they posted their tweet they also wrote “Via Getty” in order to properly attribute the source of the picture.

The way the sentence was phrased led a large number of people who are unfamiliar with the service Getty Images provides, to believe that the man in the image was named Via Getty. He is not.

The man in the image which sparked an admittedly hilarious tizzy of confusion is named Adam Johnson. He’s a 36 year-old Floridian according to the Miami Herald. 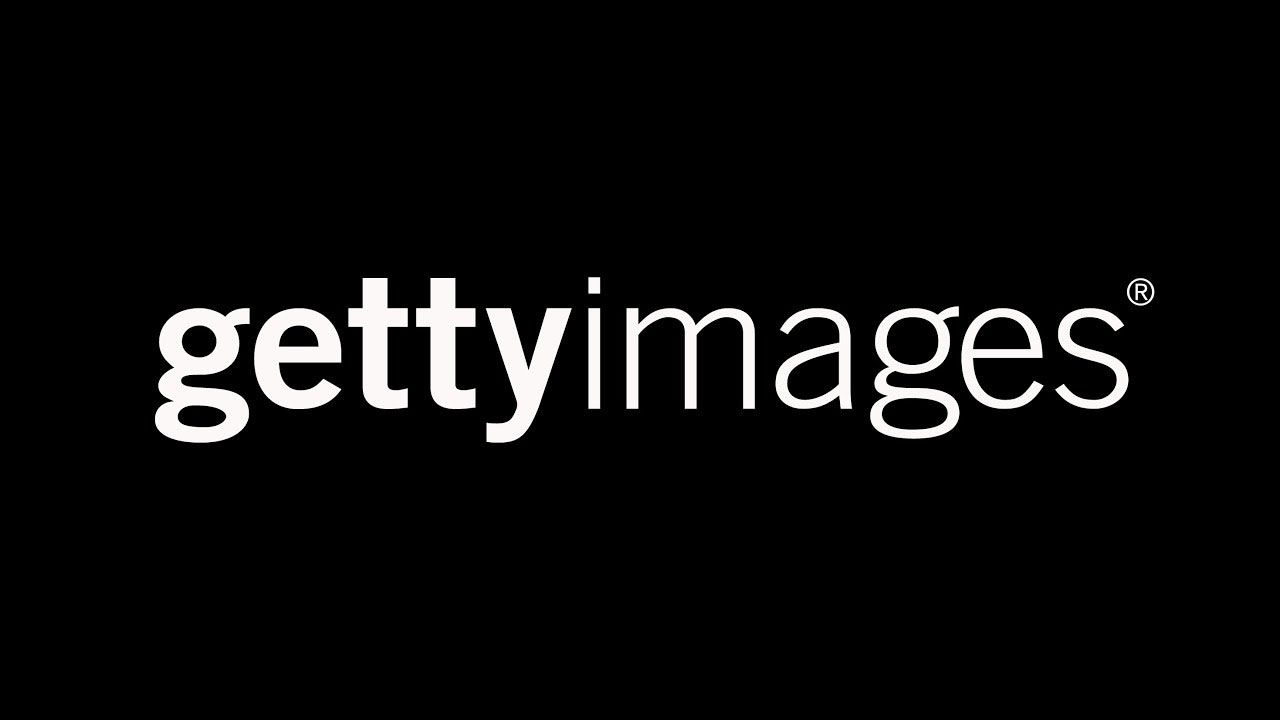 The phrase “via Getty” is not an uncommon one to see floating around Twitter, and it’s extremely common on news sites. Getty Images provides an easy way to search for both stock photos and images for recent events.

When a news source wasn’t able to have a reporter or photographer on the ground of a news event such as the one from yesterday they’ll purchase the rights to a royalty free image since Getty likely has one or more. If you don’t purchase the rights your image will have a big watermark saying “Getty Images” along with the photographer’s name. You can also search for videos on their site.

There are other sources that provide similar services, but Getty Images is a well trusted source for high quality images. Anyway, on to the memes.

FIND AND ARREST VIA GETTY pic.twitter.com/yOW1L2Carx

An example of the confusion

This poor guy really thought the guy who authorities needed to search for was named “Via Getty”.

Is this Via Getty??? pic.twitter.com/9wBmrLx7hL

Trying to identify him

One Twitter user grabbed an image off Getty Images that is clearly very different from the pic of the man who broke into the Capitol Building as a joke. However, the image is still attributed to Getty so clearly this is the same guy right? 😂

Reuters and Staff Photo are two other very common photo attributions you’ll see on the internet. It’s only safe to assume that they’re accomplices to Via Getty and should also be searched for.

Nobody likes an image with a watermark, but sometimes it’s unavoidable.

yesterday was shocking and troubling. i'm not defending anyone, but Via Getty and I started out doing open mics together and in 8 years i've known Via he's been one of the kindest, most gentle, thoughtful people I know. i'm praying for you Via 🙏 hoping God will do the rest 💞

In defense of Via

Parodying the idea of people defending someone who is clearly in the wrong – something we’ve seen time and time again in the past – Twitter user Ben Wasserman made us all giggle by defending the persecution of the fake Via Getty.

I just did a search and this Via Getty dude is all over the place, a master of disguise, the hero we need. Sometimes he steals a podium, but sometimes he's a porcelain teapot or a stately elm. Mad props. https://t.co/ylbSVidnsg

A quick search of Getty Images will inform you that the site has plenty of pictures that aren’t of people, which means this Via Getty guy must be really good at hiding in plain sight. Finding him will be tough.

#ViaGetty has me literally gasping for air. It’s my new meme for everything:

“Via Getty must have hidden my phone.”

“Via Getty and YOUR MOM.”

Remember when you were a kid and you’d blame your imaginary friend for breaking things or eating cookies before dinner? Well, let’s just go ahead and use Via Getty as the new scapegoat.

can’t stop saying “via getty” with this inflection pic.twitter.com/Gu30b7k8Ku

It does sound like a potentially Italian name . . . maybe that’s just because it rhymes with spaghetti though. Seriously though, say Via Getty out loud with your best terrible Italian accent – we won’t tell anyone. It just sounds right somehow doesn’t it?