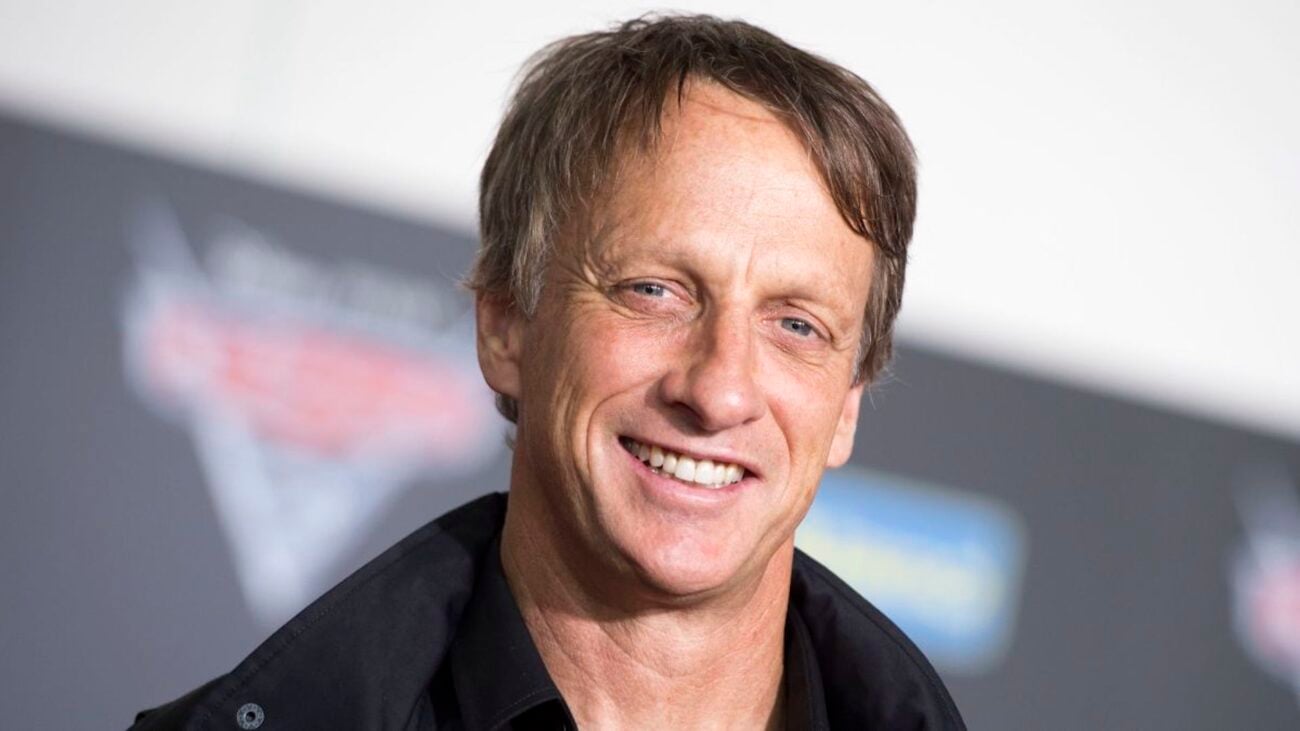 The king of pro skating, Tony Hawk, is a celebrity every 90s & early 2000s kid could pick out of a line. You couldn’t find a sports fan who didn’t know the name, Tony Hawk. He broke skateboarding into the mainstream and grew a substantial fan base.

He even hopped fandoms – going from the skatepark to households across the world. He headlined the incredibly successful Tony Hawk Pro Skater video game series in the late 1990s & early 2000s.

Many people will at least recognize the name if they don’t know what he looks like. However, an interaction between Tony Hawk and a fan in Desert Hot Springs, California, from 2019 has resurfaced on Twitter.

Kid at skatepark (as I arrive): “you a good skater?
me: sometimes
him: you ever been here?
me: no
him: you travel a lot?
me: yes, perhaps too much
him: are you a YouTuber?
me: no, I’m just a skater and a dad
him: wanna see me do a jump?
me: absolutely
..and I then shot this pic pic.twitter.com/IBODPauEe2

In 2019, Tony Hawk visited Guy J Tedesco skatepark in Desert Hot Springs, California. The skatepark is just outside Palm Springs or about two and half-hours away from San Diego, where Tony Hawk calls home.

The conversation Tony Hawk has is just the most wholesome conversation ever. The fact he answers “sometimes” to the question “are you a good skater?” is just classic. The interaction was in 2019 and, for whatever glorious reason, has resurfaced for all of us to enjoy.And it wouldn’t be an intern phenomenon without memes about it. Here are some of the best ones.

Going to teach my kids:
1. Not to talk to strangers
2. Who Tony Hawk is
3. Tony Hawk is not a stranger, you can talk to him. Do not embarrass this family.

Tony Hawk is such a wholesome person. He loves to share the sport he loves with others. He’s not concerned with his image because he lets his actions speak for themselves. We are going to make sure our kids immediately recognize Tony Hawk. He’s definitely never a stranger to anyone.

tony hawk literally lives his life like a greek god visiting the mortals for kicks https://t.co/J2zbsX7PwY

Tony Hawk is a God

Even not as a skater, we bow down to Tony Hawk. It’s a shame he’s not big enough to be instantly recognized by everyone on the planet. A Tony Hawk appearance is the skateboarding equivalent to a Bill Murry appearance.

Remember Tony Hawk went around town asking random skaters to “Do a kickflip” and if they landed one he’d give them free gear?? Goat 🐐 🤝 pic.twitter.com/1B7ZFPmv3A

What more can you want from Tony Hawk. He’s so passionate about the sport & culture. Keep skating alive!

Tony Hawk was cursed by a deity to be beloved by all but recognizable to none.

It’s sad but true. Hopefully, everyone will go out and burn the image of Tony Hawk into their brains going forward.

Tony Hawk and Nathan Apodaca should do a commercial where Tony tells Nathan he really looks alot like the skateboarding cranberry juice guy. pic.twitter.com/900BESRmVC

So much good press

Ocean Spray can shut down its marketing department after this Super Bowl ad airs. They’d never need another commercial after this.

will tony hawk ever catch a break pic.twitter.com/r9VagEIpiy

People get it together

Guys, this can’t keep happening. We’re making it everyone’s homework to study Tony Hawks face for at least fifteen minutes a day. He’s a real one and should be remembered as such.

Not sure why this interaction resurfaced, but while you’re here… please help us build more public skateparks by purchasing this signed 8×12: a pic of me from 1987. Half of proceeds go to The @skatepark Project. And yes, I personally signed them all: https://t.co/uuxo8CzUrV pic.twitter.com/kQHMI1f38K

What is Tony Hawk up to now?

Tony Hawk continues to be an ambassador for skateboarding. Even though he’s almost stopped skating professionally, he continues to advance the sport. In 2002, he created the Tony Hawk Foundation and last year was rebranded to the Skatepark Project. The nonprofit’s mission is to supply underserved communities with a safe & legal place to skate.

According to the Skatepark Project’s website, Tony Hawk received thousands of emails from fans and parents of fans who did not have a safe, legal place to skate. In some cases, some were even arrested for skating on public property. Thus, the Skatepark Project was born.

Today, Tony Hawk and the Skatepark Project have awarded over $10 million to help create public skate parks opening nearly 650 in all fifty states. Beyond raising money for skatepark development, the Skatepark Project also offers resources to help activists navigate the development process to ensure they receive input from the people who would actually use the parks.