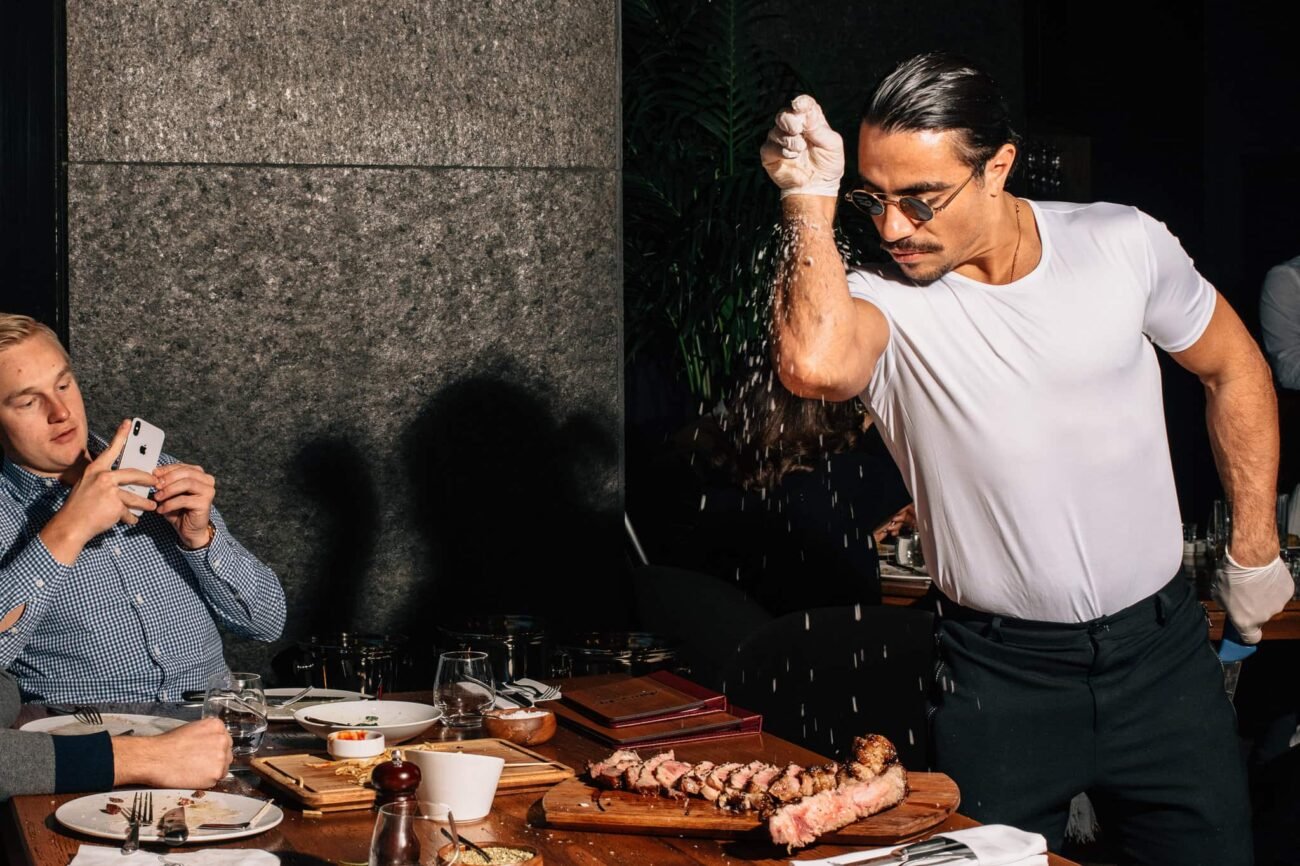 Salt Bae is leaving Twitter feeling insecure: The tastiest memes are back

Few things equal the experience of having a sunglasses-wearing chef sprinkle salt on your food by letting it roll down his arm. That seems to be one of the main appeals of Salt Bae, at least according to every other Salt Bae meme out there. The other one is letting the popular restaurateur sensually feed you meat while your shocked boyfriend watches.

Oh yeah. Check out the original video below and then enjoy every Salt Bae meme that was posted in response!

i waited my whole life for this moment 😂😍 pic.twitter.com/5DAL6VKJnZ

She doesn’t even break eye contact, friends. This is the kind of instant sexual connection you usually only see in romantic movies. You can tell her boyfriend noticed – and lots of Salt Bae meme-makers noticed too.

Society has conditioned men to keep their tears inside, even when Salt Bae & your girl are engaging in sexy meme-worthy acts.

When salt bae go from cooking your food to putting his meat in ya girl mouth pic.twitter.com/WSMU1HU4qf

We bet it all looked fun & innocent when you were just watching Salt Bae videos online. Who could’ve expected a night out to turn into a night of unspoken debauchery? This is a true crime story in the making.

It was at this moment when he realized he should have took her ass to Applebees instead of Salt Bae. pic.twitter.com/K550me1C6f

We’ve never seen any steamy videos of Applebee’s cooks seducing any of their customers so yeah, that probably would’ve been a better choice.

Everybody at the table: pic.twitter.com/j02J9a8Vvi

gotta hit Salt Bae with the ol' Marge if he feed my girl steak like that pic.twitter.com/XuKJQLdRAP

We’ve said it before and we’ll say it again: there’s a Simpsons meme for everything, including Salt Bae and his weak-kneed patrons.

When Salt Bae starts cutting the steak at your table and tries feed your girl pic.twitter.com/CGWtdUdfvK

Of course, for an even more aggressive approach to defending your woman, you can always look to the King of Pop.

When Salt Bae starts cutting the steak at your table and tries feed your girl pic.twitter.com/LG4iGoFQMz

Then again, violence lives inside all of us. All it takes is one wrong choice when eating out and next thing you know, you’re a Salt Bae meme – and maybe also going to jail for assault.

Me when salt bae starts cutting that meat pic.twitter.com/QUmMUsys47

Not every Salt Bae meme is about insecure dudes who can’t handle a sexy chef directly feeding their girlfriends. Plenty of Salt Bae memes are about thirsty girls wishing they were the stars of that viral video.

“Thank you for taking me to salt bae restaurant baby” pic.twitter.com/zgiMUzaWGC

Told ya, those Simpsons memes cover every angle.

salt bae after ruining another relationship at his restaurant: pic.twitter.com/66YFs4Qz8x

But seriously, do you think Salt Bae isn’t aware of his effect on his customers & their significant others? Is it all an innocent performance, or a sick scheme to emasculate certain people?

So I’m the only one that got a problem salt bae dripping the salt and sweat off his arm pic.twitter.com/Txz3LbQM1J

Yeah, how is that salt-sprinkling move sanitary? In this era of COVID-19 concerns, is Salt Bae wiping his arms down with Clorox wipes in between tables?

The buss boys at salt bae’s restaurant after he showers salt all over the table and floor: pic.twitter.com/hOaKomYxnt

The real Salt Bae victims are the people who have to clean up after him and they deserve their own meme.

me reading all this salt bae acting as if i dont need to worry about passing this semester pic.twitter.com/zyL3w7I2Jg

It’s human nature to laugh at others’ misfortunes so we can ignore our own.