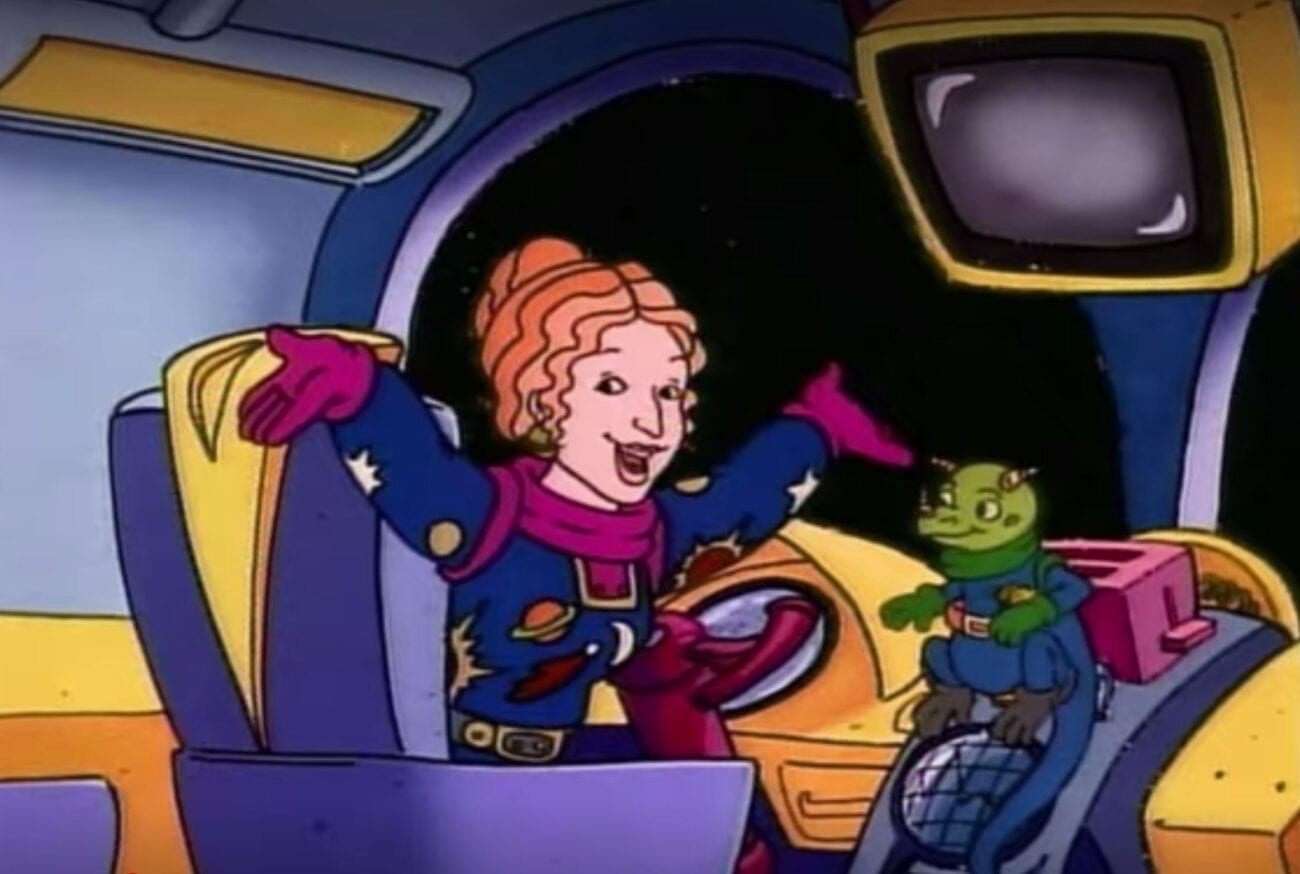 New Ms. Frizzle designs has Twitter in a tizzy: The funniest reactions

When you were in elementary school, you’d probably give up your legs to have been in Ms. Frizzle’s class. The zany science teacher and star of The Magic School Bus book series & PBS show took kids on whirlwind adventures on her school bus to explore the wonders of science. Whether we traveled the solar system or inside the microbial world of our sick classmate, we always learned something new.

This brings us to what appeared to be some good news: Ms. Frizzle is back with her rallying cry (and wise words to live by): “take chances, make mistakes, get messy!” The Magic School Bus is getting a reboot on Netflix in The Magic School Bus Rides Again, and the new design for The Frizz is in!

And . . . what the actual . . . what did they DO to her?!?!? This isn’t Ms. Frizzle! This is the granola mom who snubs you at the PTA meeting! This is Becky the Blando fourth grade teacher who made you feel bad for missing a math problem in front of everyone! Well, Twitter’s not having it and neither are we! We want the old Ms. Frizzle back! Where did she go???

ms frizzle is now Professor Frizzle and is traveling around the world to study stuff. so now her sister takes her place pic.twitter.com/x4uC9itM9p

So, apparently, the “Becky with the good hair” who replaced our beloved Ms. Frizzle is her little sister. Ms. Frizzle got her doctorate, is now Professor Frizzle, and is traveling the world to explore the world of science without a class of fourth-graders in tow. Now, she’s leaving the class in the capable hands of her lil sis (some Twitter netizens claim it’s her niece due to the distinct age difference – it’s her sis, Twitter, don’t confuse us!).

Still, the magic just isn’t there with this bland-looking replacement and Twitter has all the takes! Here are some making the rounds right now.

the new ms frizzle would tell me my autism is curable through prayer https://t.co/h5IEo2Cj0h

The worst kind of Karen

Some Twitter users noted Ms. Frizzle was transformed into one of those church moms who doesn’t “have anything against ‘them’, but . . .” (what comes after “but” will always have you seething).

We traded the old Lola bunny for the new Ms. Frizzle 😏 pic.twitter.com/x36ksfN6VK

Cancel culture can have Pepé Le Pew for all we care, just give us back Ms. Frizzle!

Wish is the worst!

Twitter loves a chance to rip on Wish. And this IS the Ms. Frizzle we’d get from Wish!

New Ms. Frizzle: "The spring play will be Godspell." pic.twitter.com/lHcqPerzuD

Theater kids will get this one. Old Ms. Frizzle would go to bat with the stodgy old principal to let the kids put on Rent or Rocky Horror. New Ms. Frizzle? Not so much.

someone needs to tell everyone in this tag that isn't our queen and goddess ms frizzle…its her discount niece iirc. but yea she do be looking homophobic https://t.co/zXpsoscKKv

Of course, some astute Twitter users are pointing out this is Ms. Frizzle’s niece (sister) and not our beloved Ms. Frizzle.

This Ms. Frizzle could be in a Jehovah Witness cartoon. pic.twitter.com/6ATJKis2Ax

Twitter isn’t quite sure if this is really The Magic School Bus or a Caleb & Sophia short for Jehova’s Witness kids.

Not my Ms Frizzle pic.twitter.com/PS271dqLxD

The Don sends his condolences on this most trying of days – when Ms. Frizzle was replaced by bland Barbie.

Speaking of the whole shpiel about the new Magic School Buss and the beef with the new Ms. Frizzle, everyone complaining is literally acting like Arnold in the first episode. They literally have an episode where one of the characters won't accept the her sister taking over.

A bunch of Arnolds

One Ms. Frizzle cosplayer thinks Twitter’s acting like a bunch of scared Arnolds who don’t want to get on the bus and “wish they would’ve stayed home from school today”.

Ok everyone is talking about the Ms Frizzle redesign but OH MY GOD LOOK AT ARNOLD?! WTF DID THEY DO TO HIM?! pic.twitter.com/nZMTO74RoX

It looks like Ms. Frizzle wasn’t the only character who got a makeover. Arnold’s frizzy red hair and freckles also magically vanished. And instead of looking like a worrywart who you just strapped in a giant rollercoaster, he looks . . . calm? What did you do to Arnold, Netflix?!

To be fair, so is Lily Tomlin (old ms frizzle) https://t.co/Z0kvicFp6E

Despite the blanding down of Ms. Frizzle, are the criticisms really fair?

The change is very sinister to me. characters with hair and noses like the original Ms Frizzle are conspicuously rare given how much of the world looks like that. That those were the features they removed, and what they replaced them with, is so devoid of texture and good taste. pic.twitter.com/ni9pD0iqsv

Does every cartoon character need to look the same way?

What do you think of the new Ms. Frizzle? Is she as awful as Twitter jokes she is? Let us know in the comments below!