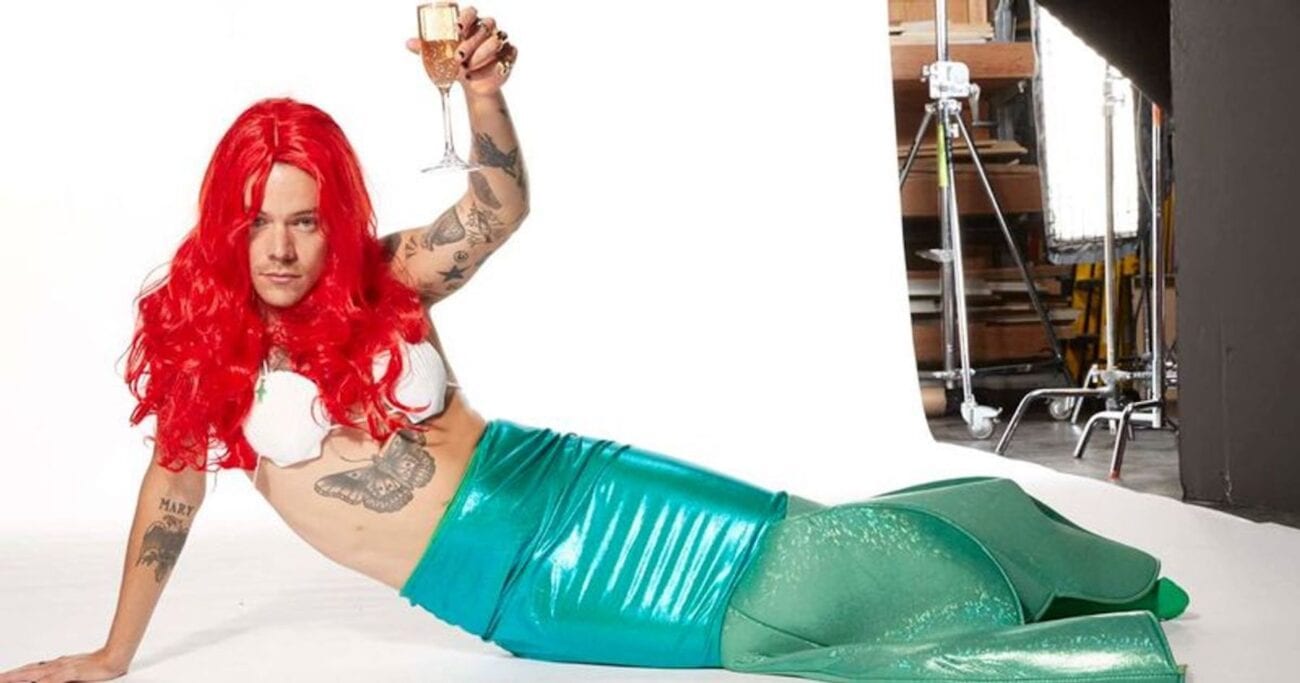 Remember when there were rumors about Harry Styles possibly being in The Little Mermaid live-action remake as Prince Eric? That role ultimately went to Jonah Hauer-King (World of Fire). Even though Harry Styles isn’t going to be in the film, he’s still living his best The Little Mermaid life out there. In a shoot for Vogue, he dressed in an Ariel costume. Naturally, there were memes.

Oh boy, there were memes. And people learning they have a weird fetish of Harry Styles in fake red hair and a shiny, shiny mermaid tale. Fanfics are being written as we speak. Wattpad is presumably losing its mind. Can you feel the Harry Styles memes in the air tonight? We definitely can. You definitely can today. So let’s see some of the funniest ones on the Internet.

Woke up to mermaid Harry never been more confused pic.twitter.com/Ii1fBvNxm2

It is what it is

Don’t know what to tell you, my guy.

THIS MANIP WALKED SO MERMAID HARRY COULD RUN pic.twitter.com/yzgod85HDF

Why be Prince Eric when you can be Ariel?

You live your best life, Harry.

Dang, this is really good fanart.

“Like a mermaid,” Harry says softly, his eyes closing again.

Is it on Wattpad though?

Mermaid Harry forgot to add shells on his extra two nipples so I did it for him😫 pic.twitter.com/2n9rJQ3RCS

Where are those shells, Harry?

Gosh Harry! You need to shell up.

NO MORE MERMAID HARRY TONIGHT I CANNOT TAKE THIS I NEED TO GO TO BED FUJKVICKSUDBBDJXAH pic.twitter.com/moQPlTp21o

He is here to stay

Mermaid Harry will never leave you.

i think i did something…
NEW ARIEL MOVIE
! mermaid harry
can someone write a wattpad story about this ? pic.twitter.com/JYxhW8fKoT

Again. Someone is writing or already has written a Wattpad story on mermaid Harry Styles.

Mermaid Harry is the clear winner.

yes. mermaid harry. i agree. not a question but i agree. pic.twitter.com/eIQzZBmqAh