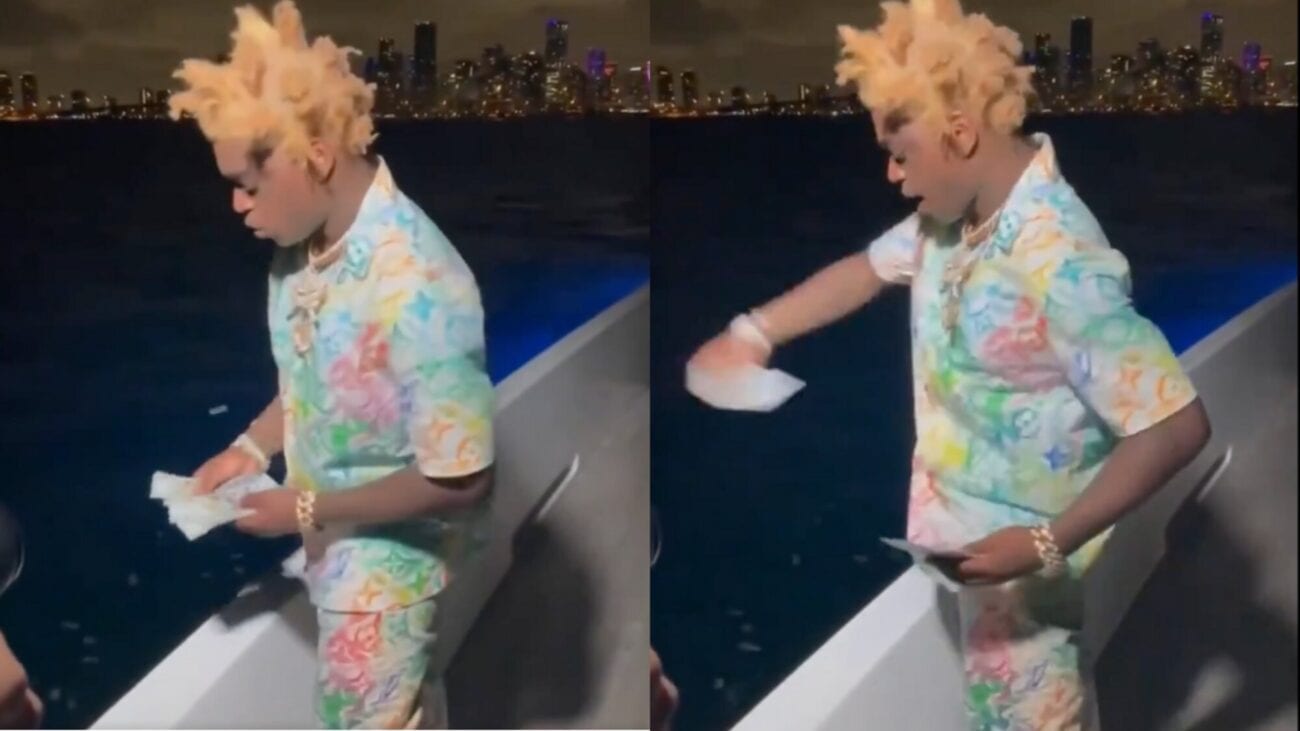 Flushed Away: Why is the internet making very funny memes of this rapper?

Rapper Bill Kahan Kapri, better yet known by his stage name Kodak Black, has always been a figure that hasn’t shied away from controversy since his music blew up. However, this past week, the star was under fire after he posted videos of himself disposing of one hundred dollar bills in a carefree manner. Since then, people have been criticizing him, while others have also been posting some very funny memes of the situation.

Kodak Black was released from prison back in February after former President Donald Trump pardoned him on his last day in office. Now, the rapper has been releasing new music and also causing controversy through his wild Instagram and Twitter posts. The videos of the star throwing away one hundred dollar bills into the water gained tons of criticism as well as people sharing very funny memes. Let’s take a look at them here.

All this for what? pic.twitter.com/iHrVnmD0yS

Exactly, Kodak Black. What was the purpose of all of this?

Scrambling back to retrieve the money

Some of these very funny memes also included people joking that the video was purely just for clout, and that Kodak Black was jumping straight into the water afterwards to pick up the money.

But whyyyyy not just throw this money at the front of my house or something pic.twitter.com/bcMvNBuquG

A lot of these very funny memes in Kodak Black’s replies included people asking why he couldn’t just drop that money off at their houses instead. We completely agree.

Me with all my bills and debt looking at this foolishness pic.twitter.com/DY3Eq39183

In all seriousness, that money could have been used for so many good causes.

Me pulling up after seeing son toss all that bread in the water pic.twitter.com/t21t78AlRP

And watch me fish every single bill right out of that mf ocean! Kodak wild for that one. 🤣💀 pic.twitter.com/7rTASzoYJ3

Who’s down for a fishing trip wherever Kodak Black dropped all that money at?

I would’ve been behind the boat so quick pic.twitter.com/VO4mCngruQ

Yes, all that money is definitely worth jumping into the cold water for.

Kodak Black throwing 100,000 dollars into the ocean is actually a poignant commentary on the futility of Capitalism, and the arbitrary value assigned to otherwise worthless pieces of paper. In this essay I will….

A take on capitalism

And of course, some even joked that Kodak Black had a political message behind all of this.

Someone tell him that’s not how you hide money in offshore accounts.