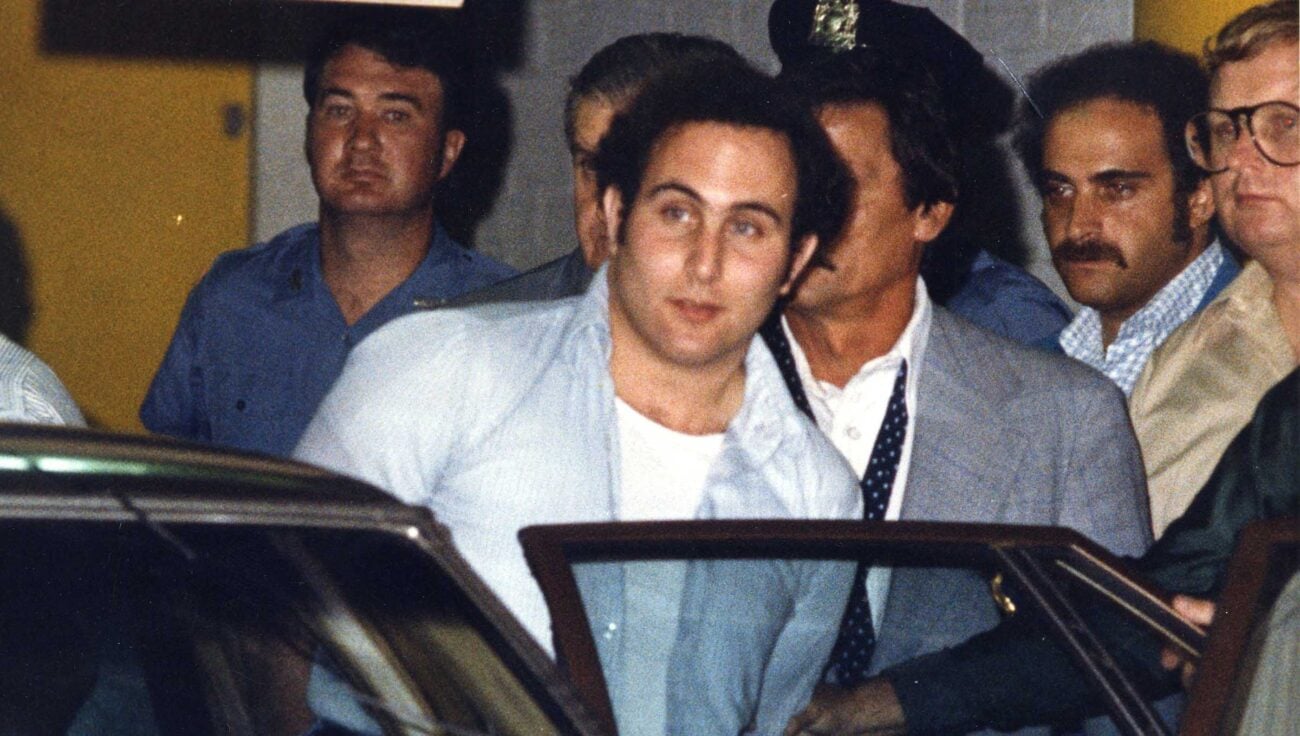 NYC’s criminal past: Check the cases the made the crime rates rocket

The history of NYC is littered with crime. High crime rates have been associated with the city since as early as the 1820s. Organized gangs like the Roach Guard and the Forty Thieves were just a few of the gangs that terrorized the slum known as the Five Points. Crime rates spiked in the 1980s as the city struggled with the crack cocaine epidemic.

Still NYC’s criminal past is fascinating to uncover, especially considering how crime rates have plummeted in recent years. 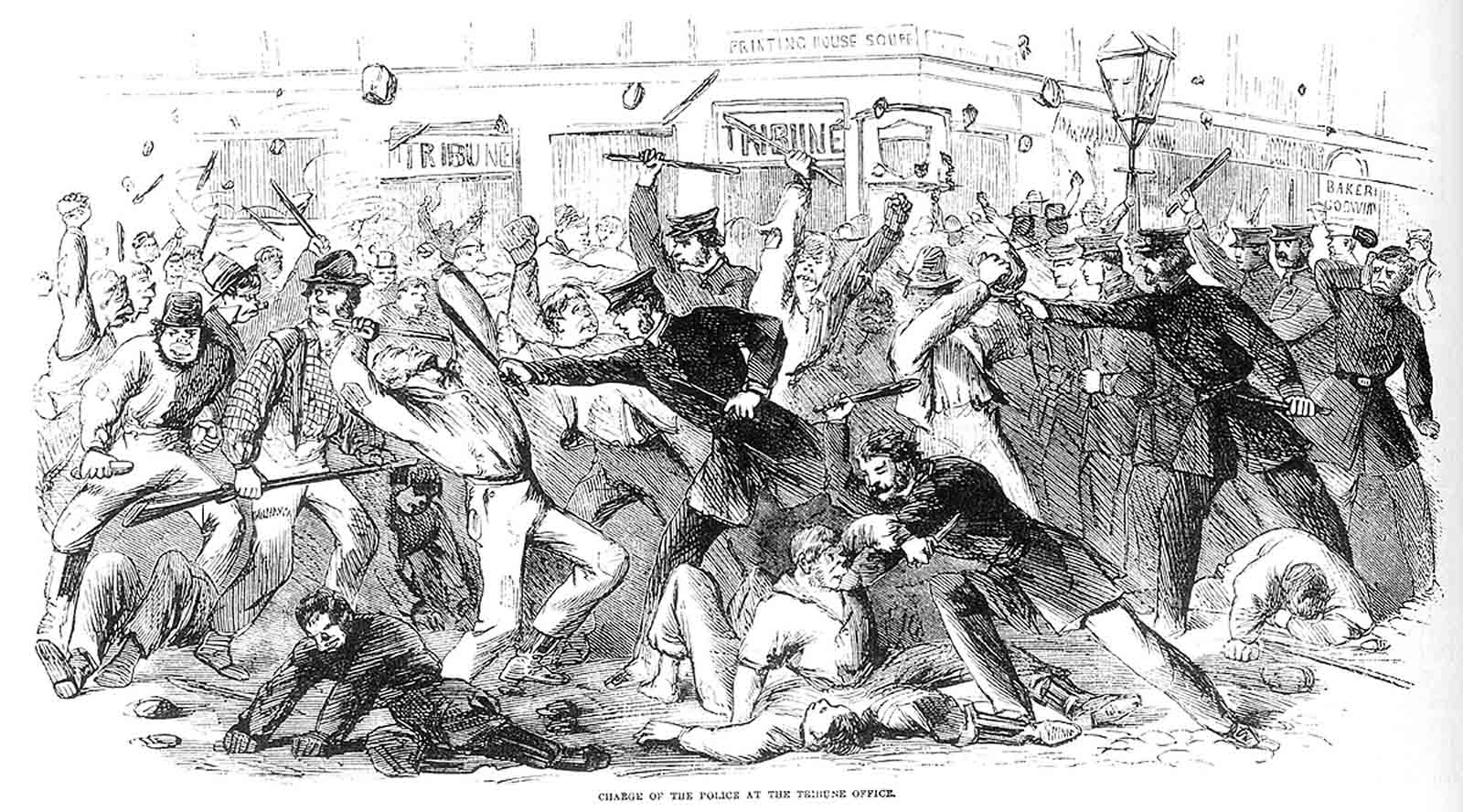 Riots are so common in the history of NYC they might as well be mentioned in the same breath as pizza or the Yankees. The 1863 Draft Riot was the largest riot in American history. White working class people began to protest against a new military draft law passed by Congress during the American Civil War.

The rioters hated that wealthy men could pay a commutation fee to avoid service and feared that black people would take their jobs while they were at war. Abraham Lincoln sent troops to NYC after the Battle of Gettysburg to try to suppress the riot. The rioters targeted Protestant churches & the homes of black families. Around 120 people were killed and the number of injuries stretched into the thousands.

In 1922, a series of minor riots coalesced into a riot that lasted eight days. The reason for the riot? Straw hats of course. It was a popular trend to wear straw hats in the hot summer months in NYC, though it was seen as foolish to wear them past the arbitrary early September cut-off date. Youths would grab & destroy the hats of those who committed the faux pas. 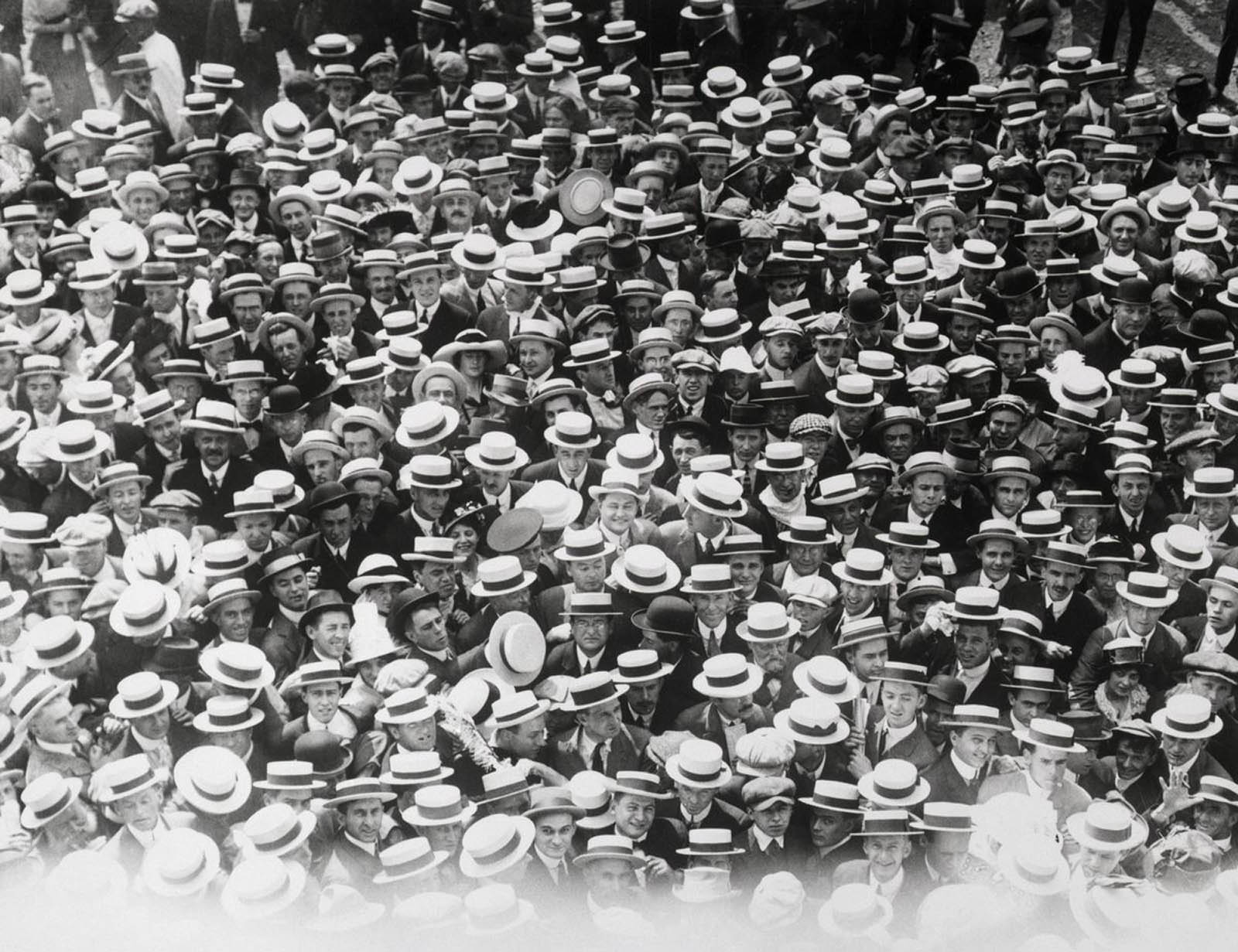 One such incident turned into a brawl between dock workers & a gang of youths. It is believed that nearly 1,000 teenagers formed a mob that snatched hats along Amsterdam Avenue. Police were slow to respond to the incident, which resulted in many arrests, some injuries, and a lot of smashed straw hats.

Another hat related riot was 1970’s Hard Hat Riot, which broke out on Wall Street. A group of 1,000 demonstrators were protesting the shootings at Kent State & the Vietnam War. A group of hundreds of construction workers attacked the protestors. Some historians have tied the event to the eventual populist rise of Donald Trump to the presidency. 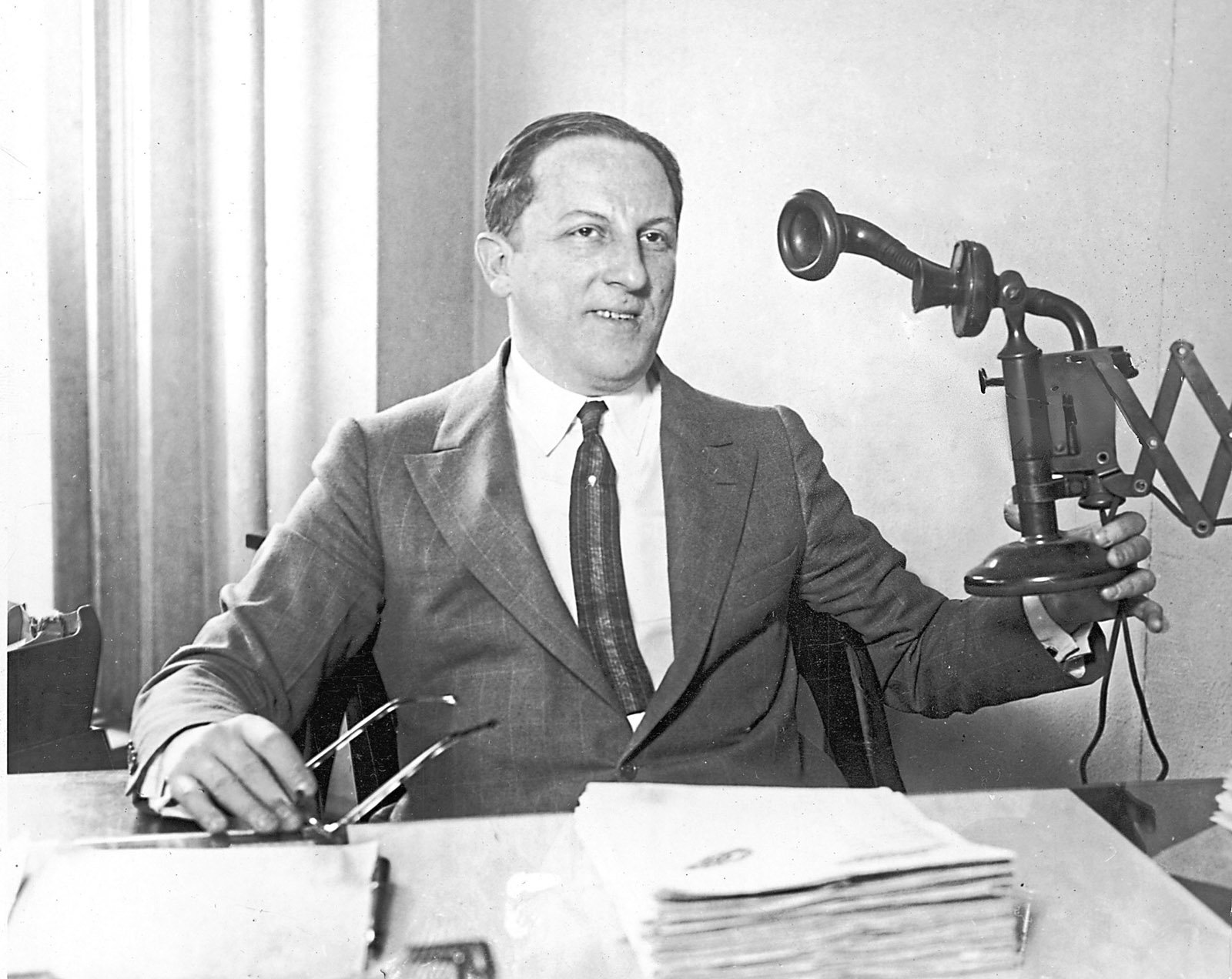 Arnold Rothstein, also known as The Brain, was a gambler, racketeer, businessman, and the kingpin of the Jewish mob in NYC. He is believed to have been the mastermind behind the fixing of the 1919 World Series. He is credited with transforming organized crime from mindless thuggery into an efficient business run like a corporation.

Rothstein was fatally shot in 1928, following his refusal to pay $320,000 in debt (that’s roughly $4.8 million today) accrued from a high stakes poker game. Another gambler, George “Hump” McManus was arrested for the crime but acquitted for lack of evidence. On his deathbed, Rothstein refused to name his killer, stating “you stick to your trade. I’ll stick to mine”. 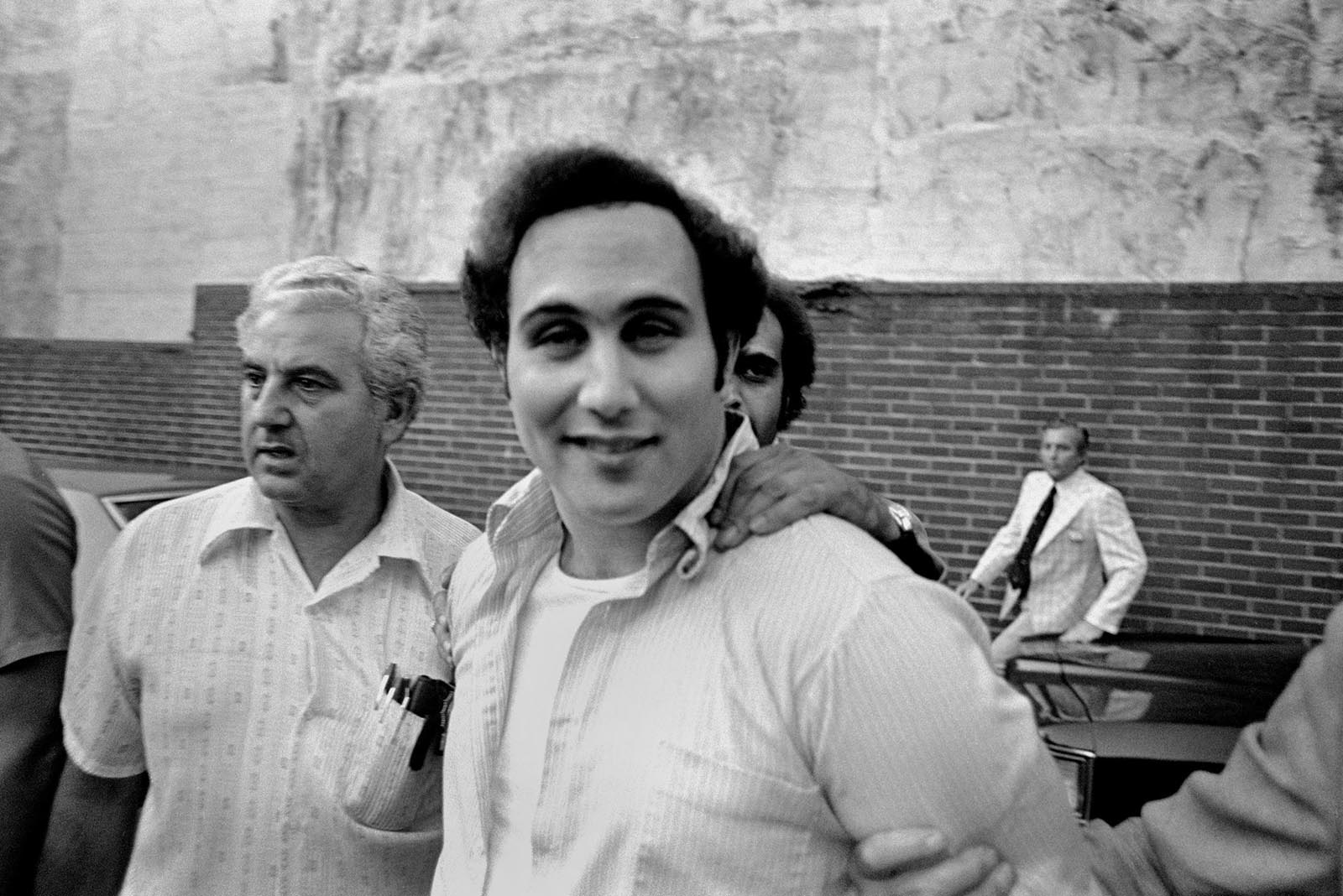 David Richard Berkowitz, also known as the .44 Caliber Killer and more famously as the Son of Sam, was a serial killer who terrorized New York City in the 1970s. Berkowitz committed a spree of shootings that left six people dead. He became notorious for sending mocking letters to the police & eluding capture.

In his letters, Berkowitz claimed that he was possessed by the devil and that he would not stop his rampage. After Berkowitz was arrested, the police found diaries that claimed responsibility for thousands of arsons in & around NYC. He confessed to the shootings, however, he claimed that his neighbor’s dog, who was possessed by an ancient demon, commanded him to commit his crimes.

He later admitted that any claims of demonic possession were a hoax. Berkowitz said his crimes were an attempt to get revenge against a world that treated him poorly. He was sentenced to twenty-five-years-to-life. The sixty-eight-year-old Berkowitz currently resides in Shawangunk Correctional Facility in upstate New York.