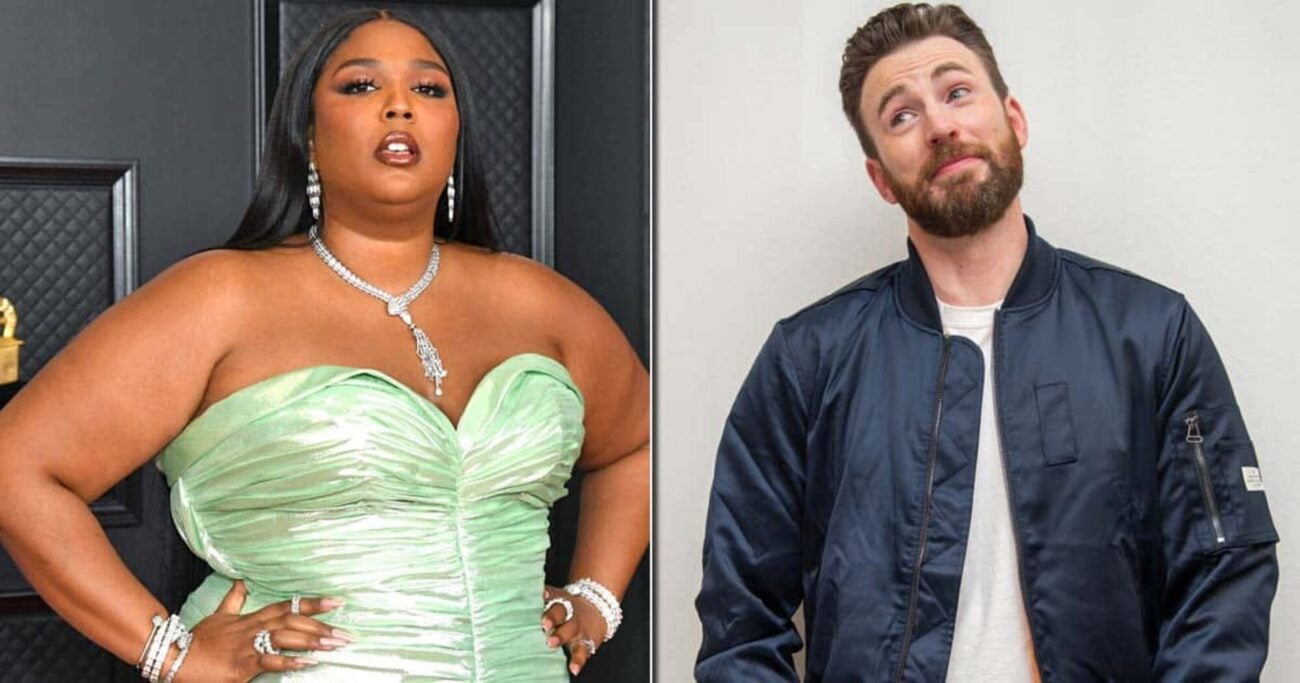 Does Lizzo and Chris Evans’s baby look Good as Hell?

Whether or not the constant online flirting between pop star Lizzo and actor Chris Evans is real or just all in good fun, we know that we’re for sure rooting for this potential couple! Like most of the human population, Lizzo has often expressed just how hard she’s crushing on Mr. Captain America, and Chris Evans himself has often responded to her flirtatious remarks with matched energy. After all, she is the one and only Lizzo!

While the two of them may not actually be dating in real life (at least, not that we know of so far), “Good as Hell” singer Lizzo and actor Chris Evans have loved to flirt back and forth on their respective social media platforms, leaving fans on both ends going absolutely crazy over their cute interactions. As of recently, a fan even posted a visual of just what their potential baby could look like, and yes, we’re freaking out along as well.

So what does their potential lovechild look like? Well, let’s obsess over all the cute moments Chris Evans and “Good as Hell” singer Lizzo have shared with one another in the past here, and also take a look at what their potential child can look like here.

Want to know why the internet is absolutely freaking out over Lizzo’s latest TikToks? Well, recently, Lizzo posted a duet of a TikTok user revealing what a hypothetical baby made between the “Good as Hell” singer and Chris Evans could look like, and people are losing their dang minds over it, including the pop star herself! In the original TikTok posted by user @maryscartoons, they merged features of the two celebs into one face.

The video narrated out loud to viewers: “Mixing Lizzo and Chris Evans to see what their kid would look like”, and in the video, TikTok user @maryscartoons merged together specific features of both Lizzo and Chris Evans into one person, and we have to admit, the result looked “good as hell” as Lizzo would say! As their features continued to be merged together in one, the singer’s newest single “Rumors” blasted on along with it.

And of course, the internet freaked the heck out once the video was posted. Eventually enough, the post got so big that it hit viral status, and Lizzo herself even got ahold of it and dueted with the TikTok user. In her post, she added: “WAIT A DAMN MIN”. We have to admit, this potential Lizzo and Chris Evans mix is definitely gorgeous. If you weren’t convinced the two stars should date already, you definitely would have now.

Lizzo and Chris Evans have always had their fair share of fun and flirty jokes with one another over the web, and just a few weeks ago, the singer even joked that the Avengers star was actually the dad of her child. Of course, it’s all in good fun, but fans are crossing their fingers rooting for the two of them to date. In her pretend pregnancy announcement, she told her fans on a TikTok that “We’re gonna have a little America”.

Eventually, Chris Evans saw the TikTok himself and even responded in a humorous manner in her DMs, which Lizzo also shared with her fans in joy. It’s no surprise that Chris Evans has Lizzo absolutely fangirling right now. We mean, who can blame her? Captain America is a cutie that’s pretty hard to resist.

Lizzo’s admiration for Chris Evans was first shared to her fans after she accidentally sent the actor a drunk direct message earlier this year and later apologized, to which Evans took lightly. Since then, the two have had tons of cute back and forth messages with one another. We love this for them! Whether they’re just friends or something more than that, it’s clear Lizzo and Chris Evans are an adorable duo.