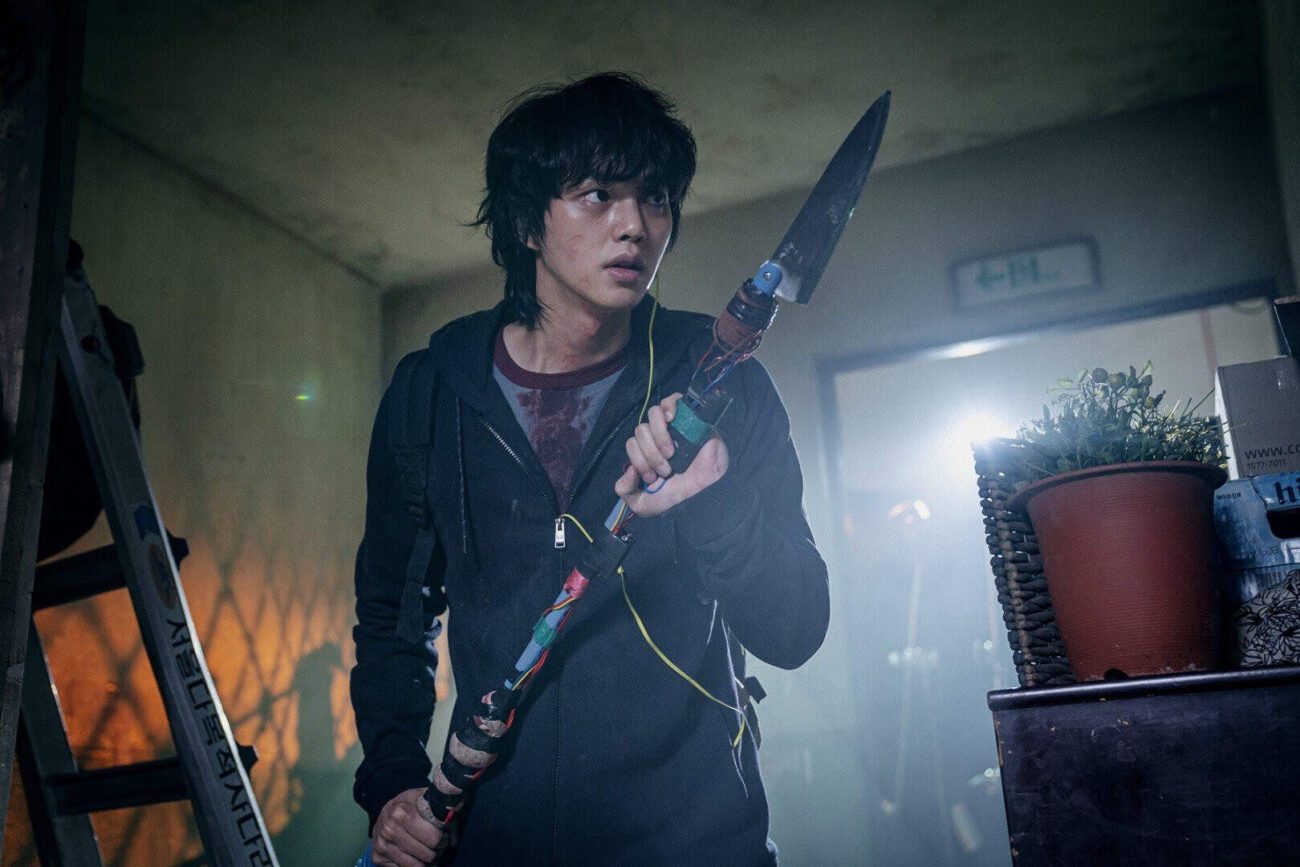 Forget everything you know about Korean dramas. If you’ve seen the Netflix series Sweet Home, then you know K-dramas can get dark in no time. We all love Korean romantic dramas with heart-pounding romances, but sometimes we all need a change in pace. If you want to take a peek at the dark side of Korean dramas, Netflix has everything you need to dive into suspenseful and even violent K-dramas.

The Korean drama genre is more expansive than many imagine. Our Netflix recommendations vary from mafia crime thrillers to straight-up serial killer horror. Here are some of the best Korean dramas, both series & films, on Netflix. 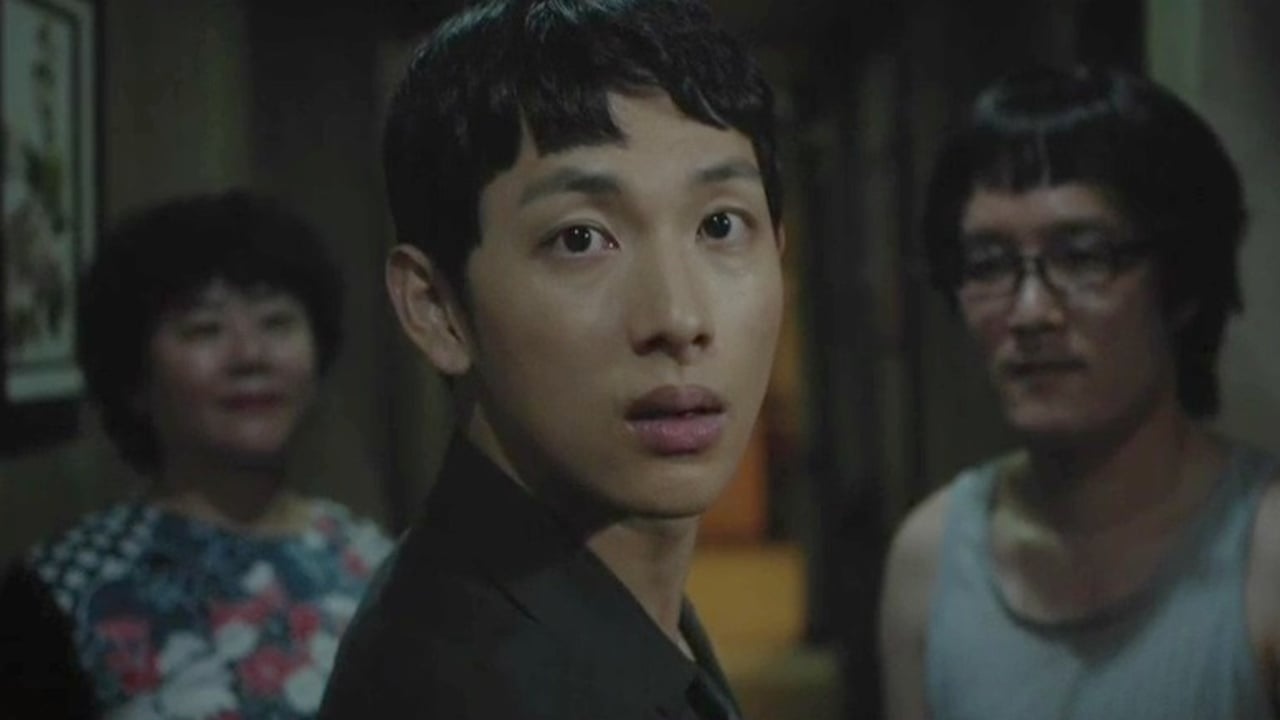 Bloody, nerve-wracking, and delightfully unnerving, Strangers from Hell is a must-watch for any interested in the thriller genre. The series plays as more of a slow burn unlike Sweet Home, but this aspect plays in its favor in delivering a subtly disturbing atmosphere.

The drama series follows a young man from a small town who starts a new job in Seoul. Running direly low on cash, he decides to move into a dorm-style residence where the rooms are miniature and roommates are aplenty. Unfortunately, the neighbors at the “Eden” are as nightmarish as it can get.

One neighbor/antagonist, in particular, is responsible for bringing the ultimate chills to the show. Actor Lee Dong Wook plays the chilling yet entrancing dentist and killer (don’t worry this is no spoiler). Lee’s ice-cold stoicism slips once in a while for us all to see the true madness underneath. His performance alone is enough to recommend the entire series. 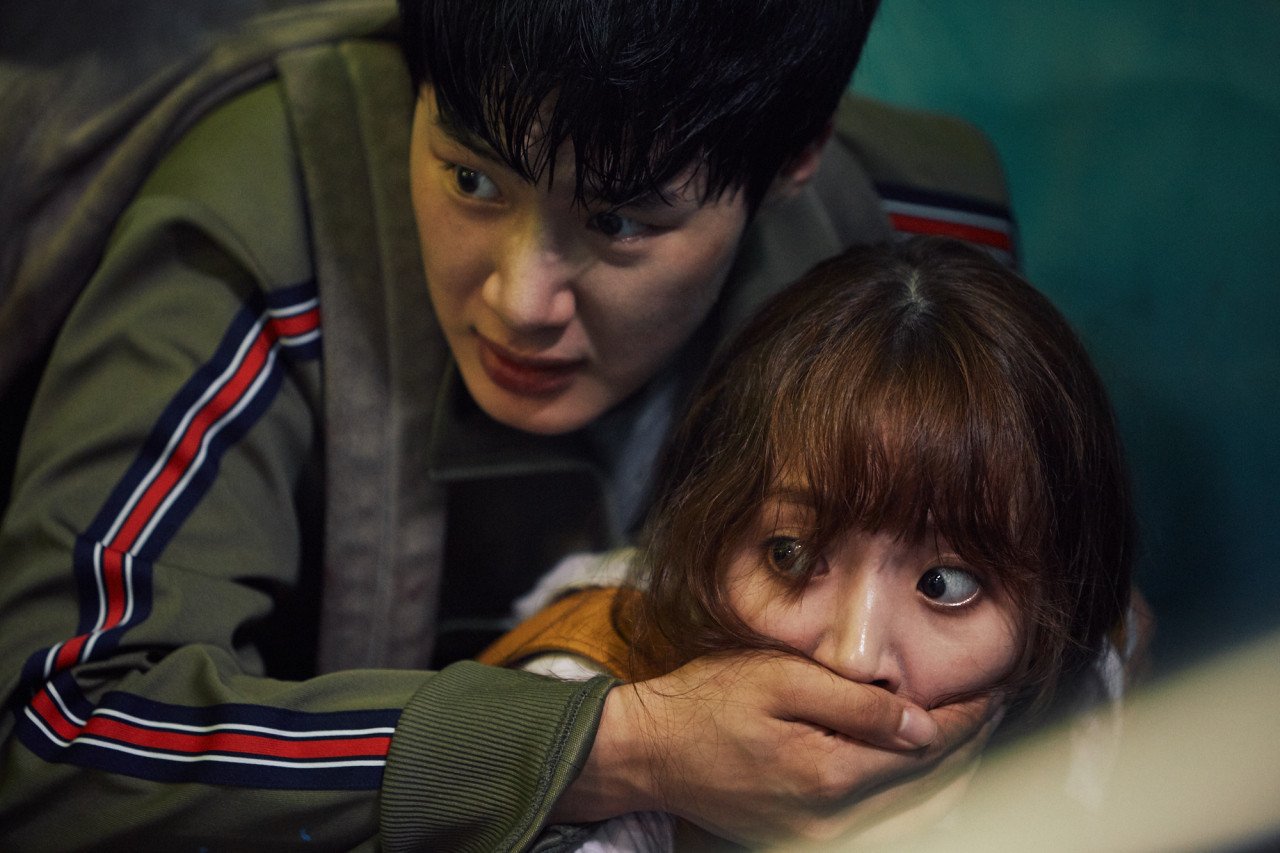 Extracurricular might just ruin every other high school Korean drama for you. One intelligent model student hides a secret “side hustle” to afford his pristine education. Unfortunately, this side hustle happens to be managing a prostitution ring.

Things quickly spiral out of control when a similarly unhinged classmate starts uncovering the truth about the quietly ideal student. Both soon fall too deep into a world of violent and ruthless crime.

No cliches around here, Extracurricular plunges into dark subject matter such as violence against sex workers and teen drug abuse. However, what makes the series special is its equally complex set of characters. No one is who they seem and underneath is hiding a world of emotional depth. 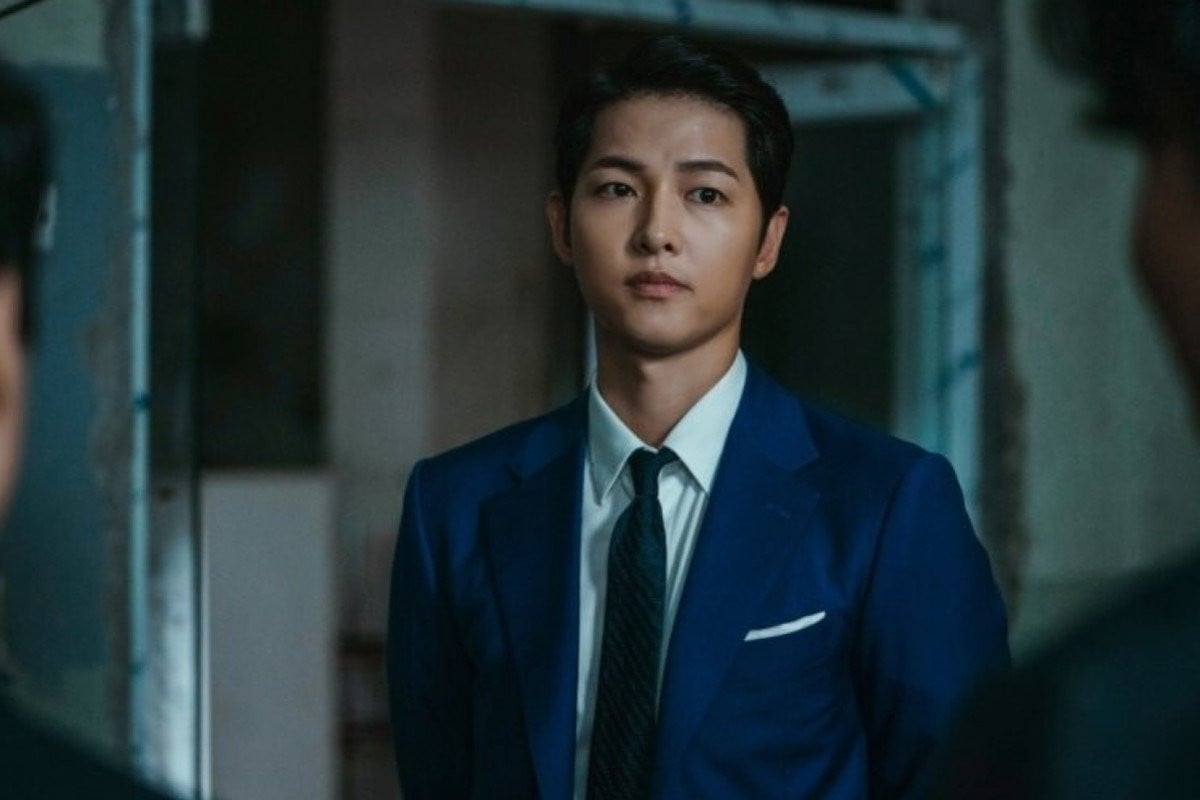 All mafioso-lovers rejoice, Vincenzo is a knock-out crime series both sleek, severe, and surprisingly amusing. Adopted and moved to Italy at the age of eight, Vincezo grows up to be a mafia lawyer or consigliere for the Cassano family. However, as the Don dies and a new leader takes his place, Vincenzo finds his life in jeopardy.

As a result, he moves back to South Korea to escape danger while also searching for a hidden fortune he seeks to regain. Classical music, designer-dressed actors, and bloody fight scenes make the series fun and never “too heavy” of a crime drama.

Additionally, Vincenzo highlights serious socio-economic issues within South Korea’s upper class. The series portrays the abuse of power and systemic abuse of the lower class in South Korean society, which could likewise be found in the U.S. 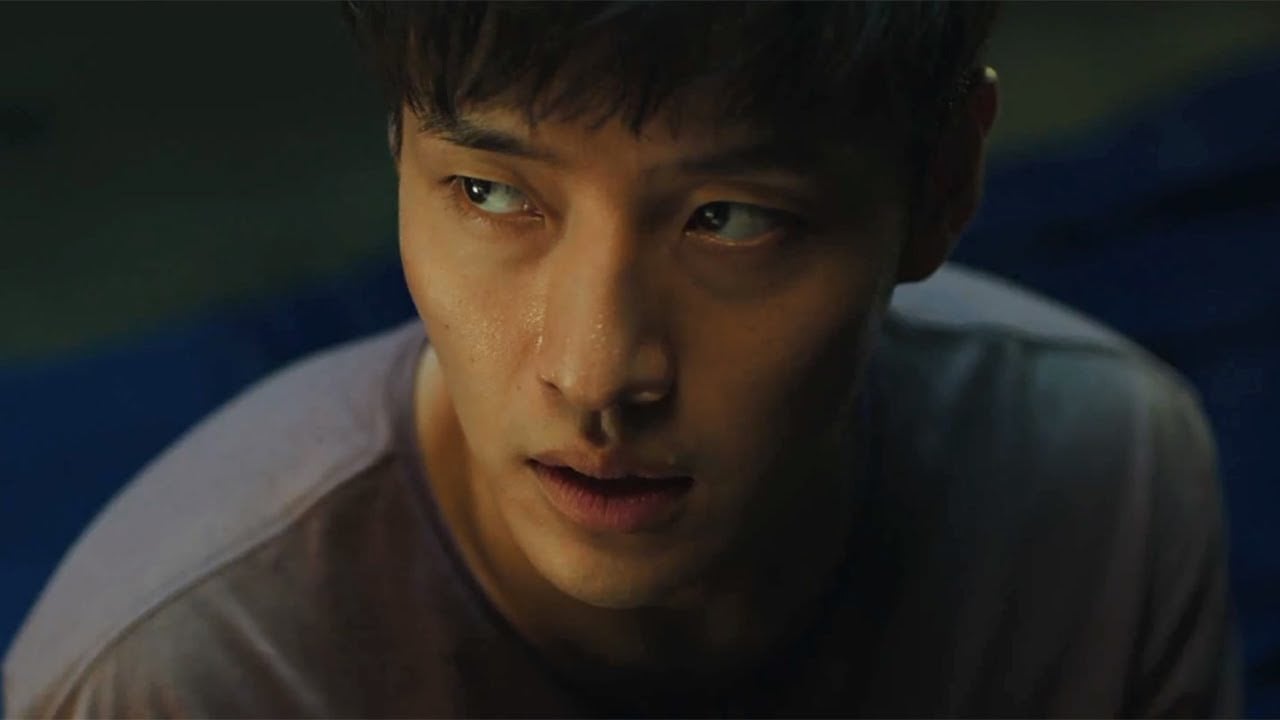 This 2017 film sadly went under the radar for most international viewers, but we’re here to inform you that it needs to be added to your watchlist ASAP. Forgotten follows Jin-Seok who witnesses his brother being abducted right before his eyes. Yet, after nineteen days, his brother is happily reunited with the family.

Except, Jin-Seok’s brother remembers nothing from his captivity and is nothing like he used to be. As he begins to learn his brother is hiding a dark secret, Jin-Seok goes on a mission to uncover what truly happened during those nineteen days.

Exceptional acting, stunning cinematography, and a gripping score make certain that you’re eyes never leave the screen. This thriller creates an ambiance that has you drawn into the dark world in front of you. Turn the lights off and follow Jin-Seok through this overwhelming mystery. 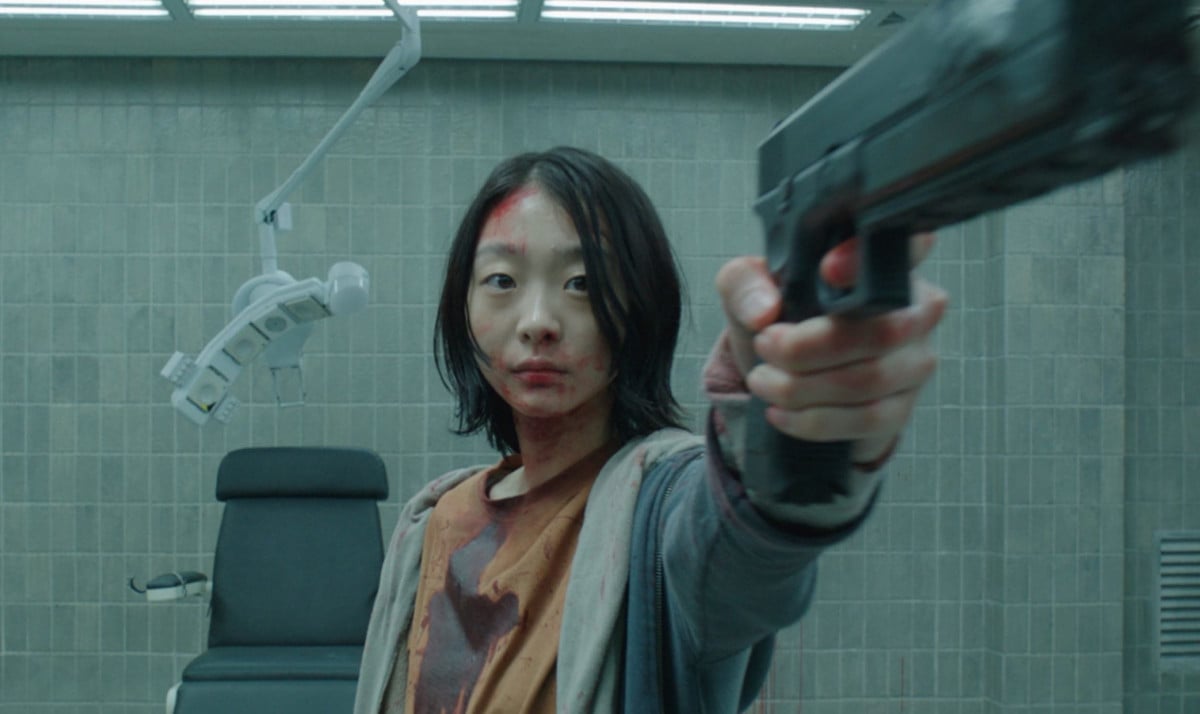 A blood-filled science-fiction journey, The Witch: Part 1 – Subversion is one you’ll want to rewatch again and again. The 2018 movie follows an ordinary girl from the countryside with a childhood she can’t seem to remember. After participating in a televised talent show, she soon draws attention from unwanted visitors from the past.

Action-packed and perfectly paced, this thriller has no dull moment. The credits will roll and you’ll be left wondering how exactly two hours and five minutes flew by.  However, no worries because a sequel is in the making and we couldn’t be more excited.

What are your favorite dark Korean dramas? Have you seen any of these series or movies on Netflix? Let us know in the comments below!