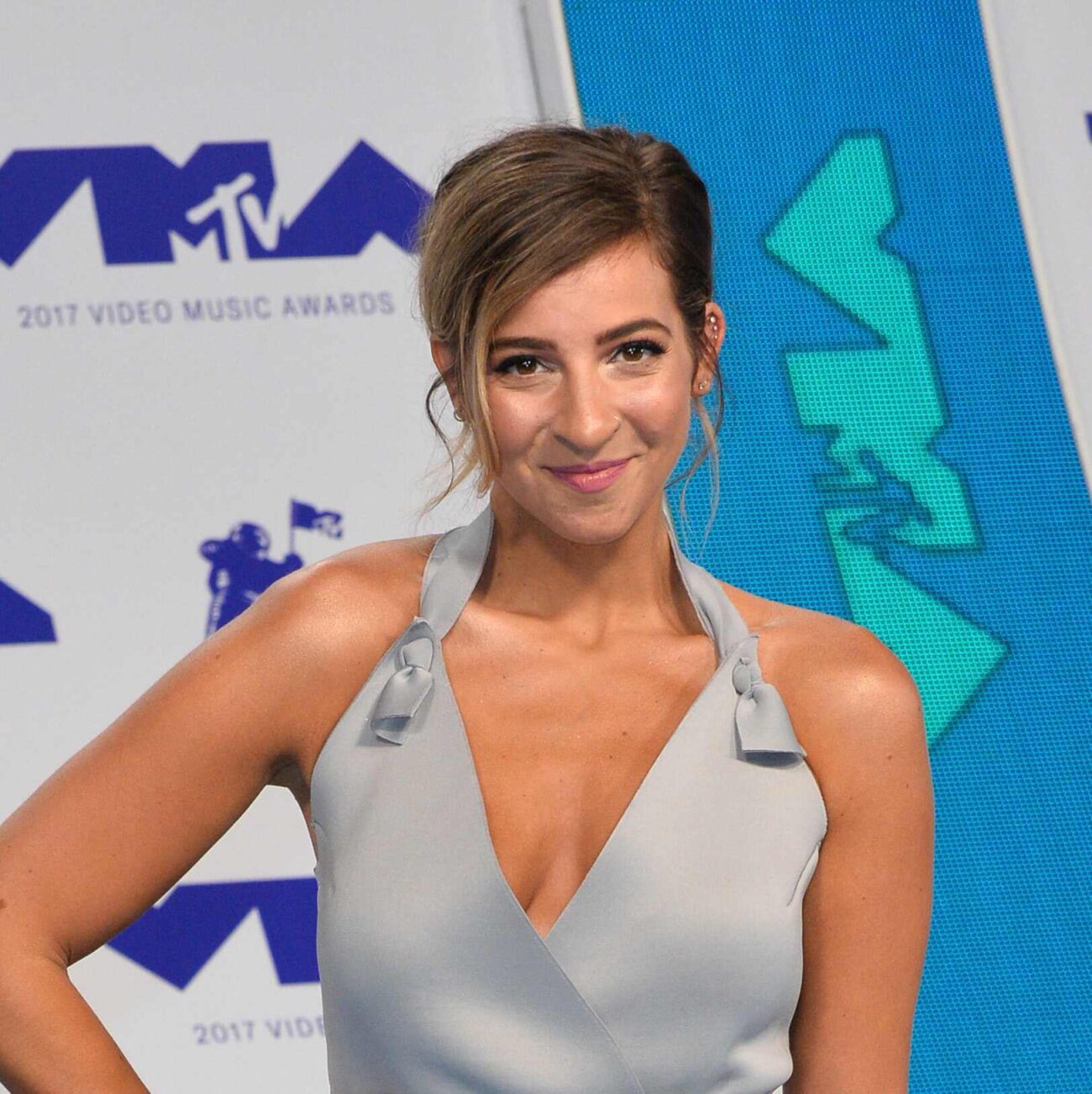 Anyone who’s been near social media influencer news already knows that Gabbie Hanna is a hawt mess. From a questionable poem or two – or tons of em – to cringey YouTube videos, Hanna’s career in the social media limelight has been . . . iffy to say the least.

Now, thanks to some questionable posts, after a declaration she was taking some time off, we’re wondering if Gabbie Hanna will actually retire this time or whether cringey posts from this problematic content creator are still going to show up every time we check our Twitter (yes, we’ve heard of the unfollow button – they still show up in some form or another).

So is Gabbie Hanna really leaving YouTube for good? Will she say goodbye to the influencer world with a poem? Or is this another ploy to keep us coming back to the trainwreck posts? Let’s dive into the latest.

the police just came for a wellness check and i answered the door stoned, covered in paint and wearing only my underwear and a “make sure your friends are okay” t shirt. i can’t believe they didn’t take me away. pic.twitter.com/txIW9Lnlwg

This new visit from the internet drama llama started a couple of days ago when Gabbie Hanna posted a selfie and declared she was just visited by the cops. Why? In Hanna’s own words: “the police just came for a wellness check and i answered the door stoned, covered in paint and wearing only my underwear and a “make sure your friends are okay” t shirt. i can’t believe they didn’t take me away.”

It’s unclear from this post why the police visited Hanna, but she previously told fans she was staying off the internet, maybe to go write a crappy poem or two. Then, she’s back on with a lighthearted post about, of all things, a wellness check.

I really hope you get help for the tough time you are going through. But laughing it off like it's some quirky aesthetic is not for me :/ As someone who actually lost a friend to suicide I don't find this funny.

how she deals with HER trauma, does not concern you. It’s her trauma. some people find it easier to cope, by joking about it.

However, others defended Gabbie Hanna and exclaimed that this is a valid way to deal with trauma. Some people write a poem, and others make a lighthearted joke about it. Per these talking heads on Twitter, however Hanna wants to deal with her personal life is her business and if you can’t look at her tweets without getting offended, that’s a you problem.

However, others countered that with a big platform comes great responsibility. In the words of Twitter netizen Big Gamer: “moreover, how people deal with their own trauma is valid if it doesn’t hurt anyone and its in private. i think its totally fair to be critical of the message a celebrity sends when they talk about mental health online.” 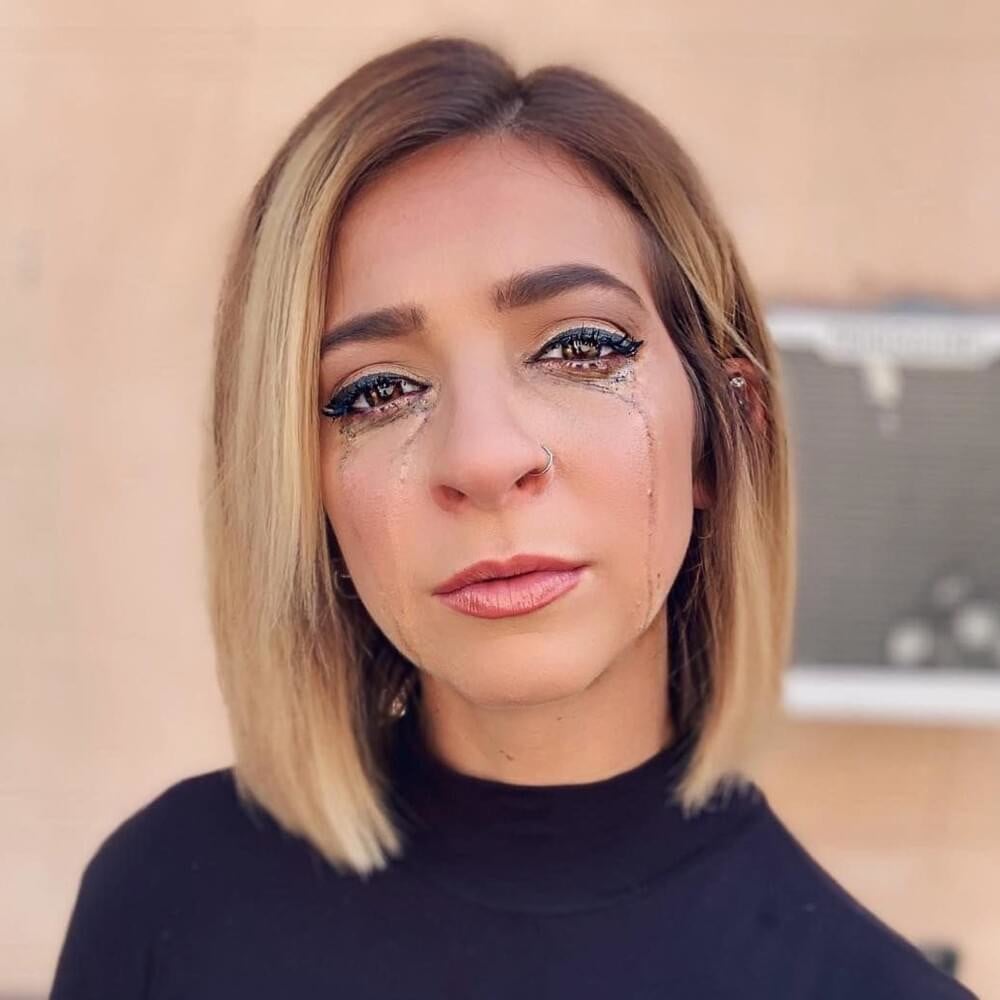 This isn’t the first time Gabbie Hanna has had a brush with infamy. She’s been accused of plagiarizing comedians’ work. Apparently, a minor called her out about copying comedians on Twitter and she had none of it. Hanna said on her Patreon: “Years later, I went a little bit crazy. I DM’d the kid because I wanted to do an interview with him. Be like ‘Hey, why did you do this?’ because so many of them were such a f***ing stretch.”

Then, she dropped this nugget of info for the world to see: “I may have found his full legal name and address, his parents’ names, and where he went to school. But that was because I wanted to know why somebody did this. Why did he target me? Out of all the other influencers? I mean don’t get me wrong, I was a hack.”

Um . . . here’s a poem for you: When it looks like you admitted you staked a minor,/ The internet won’t take it kindly./ If you want to maintain a better online presence,/ You need to do better at watching your hiney (and not going after literal fourteen-year-olds online). Sorry, we know that was bad, so we’ll show ourselves out. 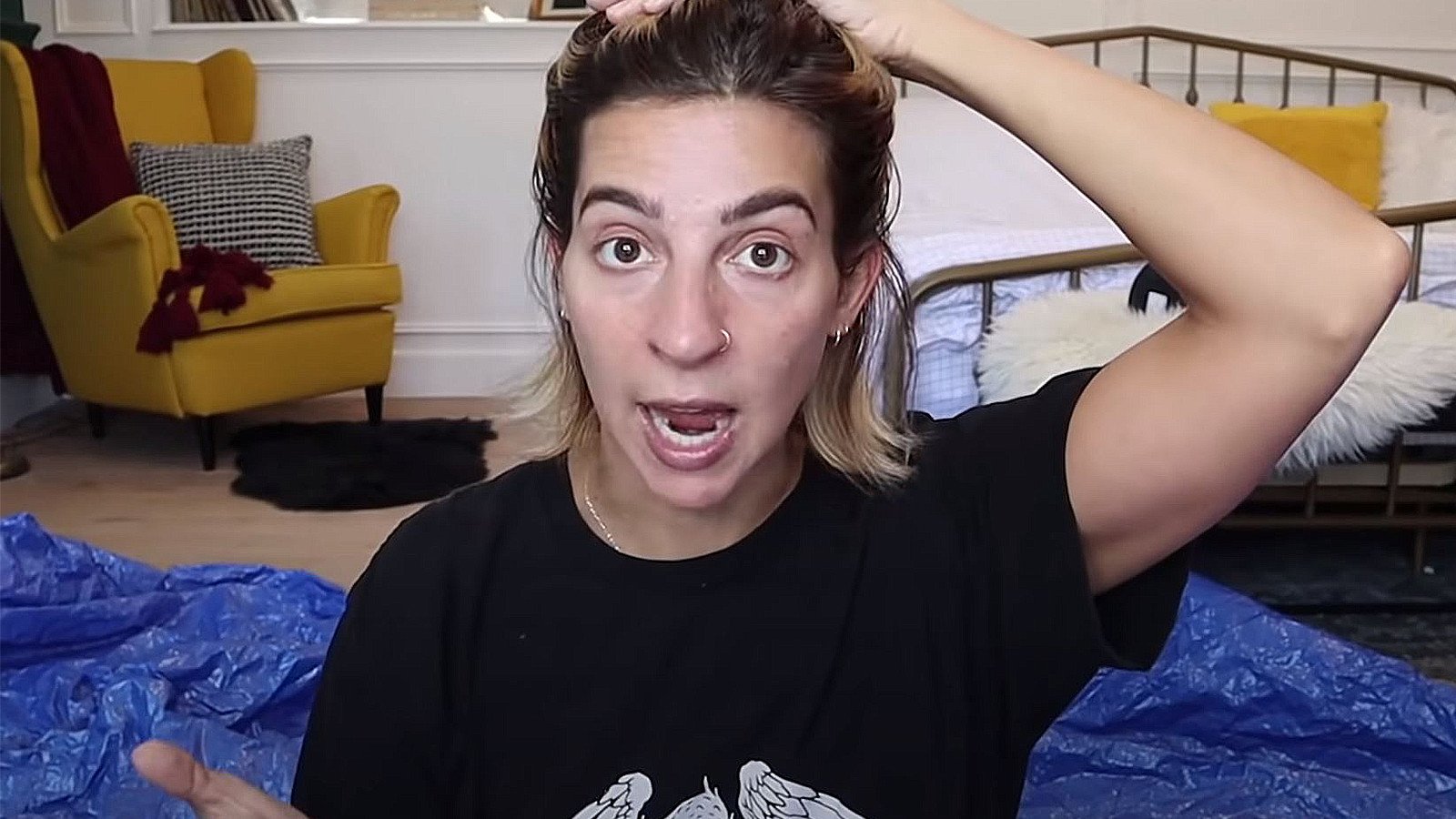 Currently, while Hanna has again said she’s staying offline, another episode of Confessions of a WashedUp YouTube HasBeen cropped up where she dished more dirt about the ongoing feud between her and Jessi Smiles. In the episode, Hanna accused Smiles of talking trash about her in videos, exclaiming:

“Not long before ‘Gabbie Hanna needs to be stopped’, she put out a video saying that we were on good terms, and that we talked through everything and we were fine. But, because Jessi cannot help herself, she also in that video had to talk about how we hurt each other in all these crazy ways.”

So . . . we guess Gabbie Hanna isn’t going away anytime soon.