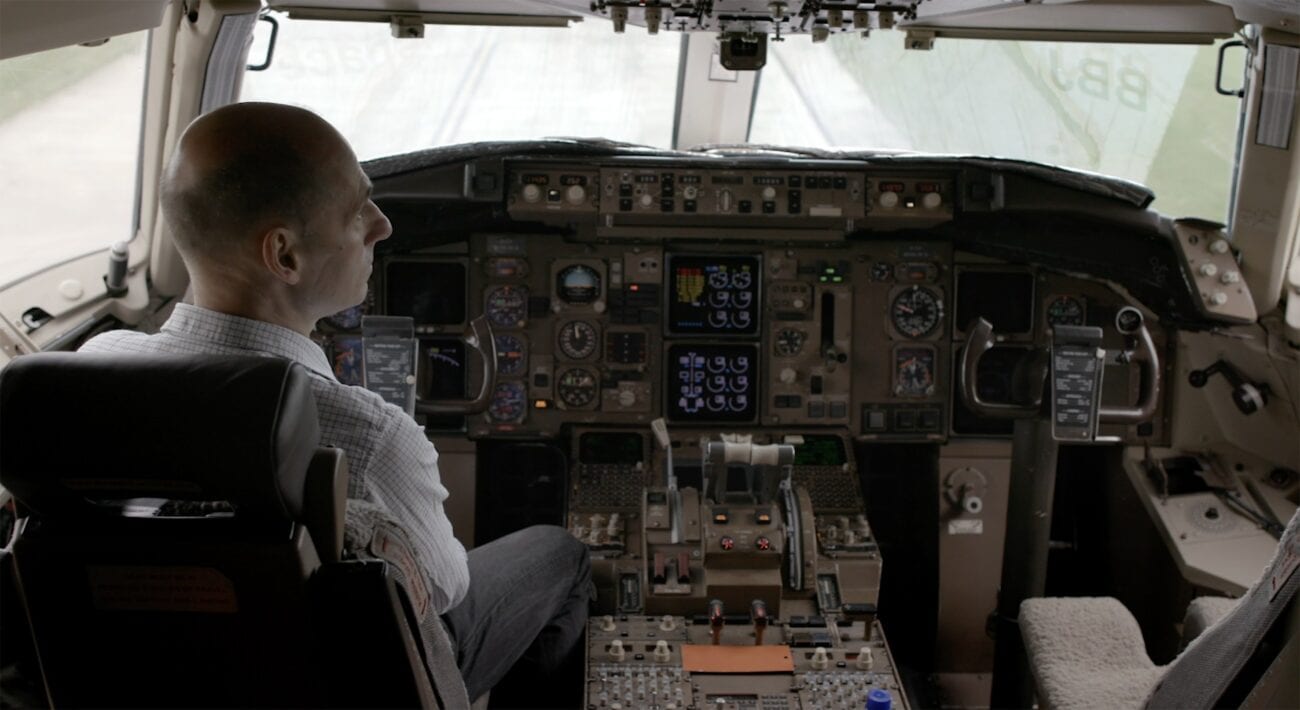 Flight risk: Strap in for a discussion with pilot/director Tristan Loraine

Tristan Loraine is the rare person who has been successful in multiple fields. He spent decades as an airline pilot for British Airways, but was forced to retire prematurely after repeated exposure to contaminated air. Loraine’s decision to expose British Airways for their poor safety standards led him to the National Film and Television School, where he honed his talents as a documentary filmmaker.

Since graduating from the NFTS, Tristan Loraine has directed dozens of films about aviation history and the negligence of the flight industry. His upcoming documentary, American 965, examines the suspicious circumstances regarding the crash of the same name. The documentary is a prequel to Loraine’s previous release, Everybody Flies.

Film Daily had the good fortune of talking to Tristan Loraine about his piloting career, his filmmaking style, and his desire to improve flight standards for future generations. 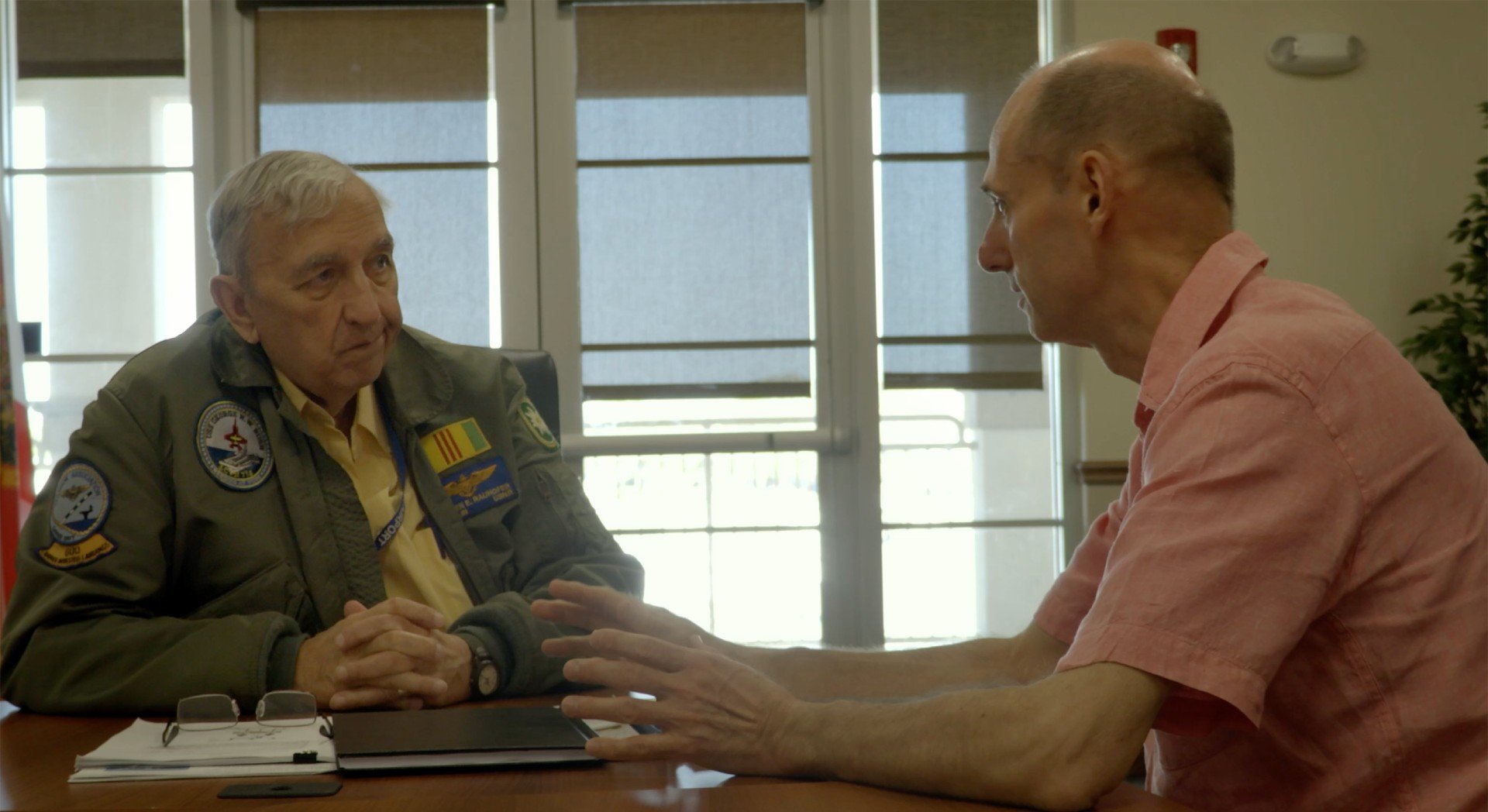 Tell us about your career as an airline pilot. How did you start your journey?

I learnt to fly when I was 17 at school in Northern Ireland before I could drive a car. After training as an airline pilot in the USA and UK. Having worked for some other airlines I got a job with British Airways when I was 25 and became a captain when I was 36. Sadly my career ended when I was 44 after repeated exposure to contaminated air in the planes I flew.

How long into your piloting career did you begin to suspect there were issues with “bleed air” on aircrafts?

I used to notice the ‘fumes’ but thought nothing about it. When the exposure became more common I asked some engineers about it and they said it was nothing to worry about it was just oil. It was only when I was a union H&S rep and a colleague rang me and told me that he was being ill health retired by the fumes that I realized how serious the issue was.

When you work in the so-called ‘safest industry in the world’ you trust the system, you trust air traffic control, security, engineers… so when I was told it was nothing to worry about I took their word.

Were there any specific instances where you became seriously impaired by the “bleed air” during a flight?

I had several flights when I felt way less than 100% and used emergency oxygen and declared an emergency. I can still remember standing at the front of an aircraft after an emergency landing and seeing passengers walk off, some with paper up their nose and nobody tells them anything.

How did the crash of flight American 965 change the way you viewed the airline industry?

The crash shocked me, as it was the same plane as I was flying. When the air accident investigators stated it was pilot error I took their word for it. It never occurred to me that they did not look at all the evidence. I trusted the system.

Now I have investigated the crash myself and had input form so many others I know the investigators failed to ask some key questions. Now the question has to be why did they not want to look at this evidence? Negligence or industry pressure not to open a can of worms?

You retired from the British Airways at 44, citing ill health as a result of repeated exposure to contaminated fumes. How much did your retirement factor into your decision to become a filmmaker?

I had a story to tell and courses I took at the National Film and Television School and at Raindance confirmed very quickly that documentary was a great way of reaching people and raising awareness.

You’ve mentioned that you are the son of a filmmaker. How big a role did movies play in your life prior to becoming a filmmaker yourself?

As a kid, films and the cinema have always fascinated me. My first job was as a film extra. The first film I saw as a kid was The Battle of Britain and then [I] went on to become a pilot – says it all really.

You studied film at the National Film and Television School. What was the most difficult part of the filmmaking process for you?

Friends used to joke with me that working as an airline Captain was easy work. I used to say when we had an emergency it wasn’t always easy. Filmmaking can be so challenging but ultimately has many similarities. It is about working as a team, managing people and equipment and being able to prioritize, improvise and adapt.

The hardest part is finding a sales agent/distributor that actually delivers what they promise or pays when they should pay.

You founded the production banner Fact Not Fiction Films in 2006. What drove you to go the independent route instead of pitching films to existing companies?

Filmmaking, especially documentary work is about people trusting you. I had access to many people who trusted me. Many of these would not have spoken to a broadcaster or another production company for whom it was just another job.

Soon after I started my production company we helped a big broadcaster make a program by giving them lots of support and guidance. They signed a letter saying they would acknowledge our support in the credits but when they released it they never did. Taught me a lot.

Most of your films (Spitfire Sisters, Broken Wings, etc.) have focused on aircraft history. How do you go about choosing specific topics for each release?

I understand aviation so it was the best place to start when making films. Also when you make a film about an aviation topic, as a former pilot people know you will relate to what they are saying.

Your debut film, 2007’s Welcome Aboard Toxic Airlines, directly addressed the contaminated fumes issue. What led you to revisit the topic with the 2019 film Everybody Flies?

Welcome Aboard Toxic Airlines was my first doc, it’s very average but it triggered two calls from a Public Enquiry into the issues raised. (Amazingly those who made the calls when they got into Government did nothing.)

In 2015, we finished making A Dark Reflection, Britain’s biggest co-operative film I am told, shot on 35mm. Afterwards a film critic said to me, great film but without any A list cast the film will not have the reach the subject deserves, you should make a new doc on the subject, so we did that. The project grew into two new documentary films Everybody Flies and American 965.

You co-directed Everybody Flies with British filmmaker Beth Moran. Why did you decide to bring in a collaborator on this particular film?

I knew I could not direct myself so I needed a co-director. Someone who knew nothing about the industry to ensure we made a film that was not too technical. Beth had done a few months at University studying film but decided she was not actually learning much and was paying a lot of money for the experience. She joined us as a trainee production manager but it soon became apparent she was better suited to editing and directing.

[Beth] directed her first short Missing a Note that was submitted to the 2020 Academy Awards and the film also went out with Everyman Cinemas before Downton Abbey. Her mum was cabin crew so was interested in the project and I think she did a great job with so little previous experience. Life is also about giving people opportunities to grow and learn.

Your upcoming film, American 965, is billed as a prequel to Everybody Flies. Were you able to uncover new information about the crash in between films?

It’s a prequel because fundamentally the film is about the 1995 crash and Everybody Flies looks mostly at my investigation into the issues which started in 2001.

Do you plan to make additional sequels (or prequels) like American 965?

We are making a new short form documentary called Aerotoxic and another longer form documentary looking at the issue through a perspective that has not been covered before. We make all these films to help spread the word and help motivate passengers to demand change, demand clean air and warning systems.

Are there any documentary filmmakers who have influenced your style?

Not really. I have been doing this for 14 years but I am still learning. Ultimately filmmaking is a team effort.

You’ve worked on films as both a director and producer. Which role do you prefer?

I don’t mind. I think it’s vital for all producers and directors to never forget nothing gets made without the support of so many others. I think some directors forget it is always a team effort.

Can you tell us about other upcoming Fact Not Fiction projects?

I am writing a new feature film script, it’s a heist film. Feature films are in many ways much more straightforward to make, just need more funding. 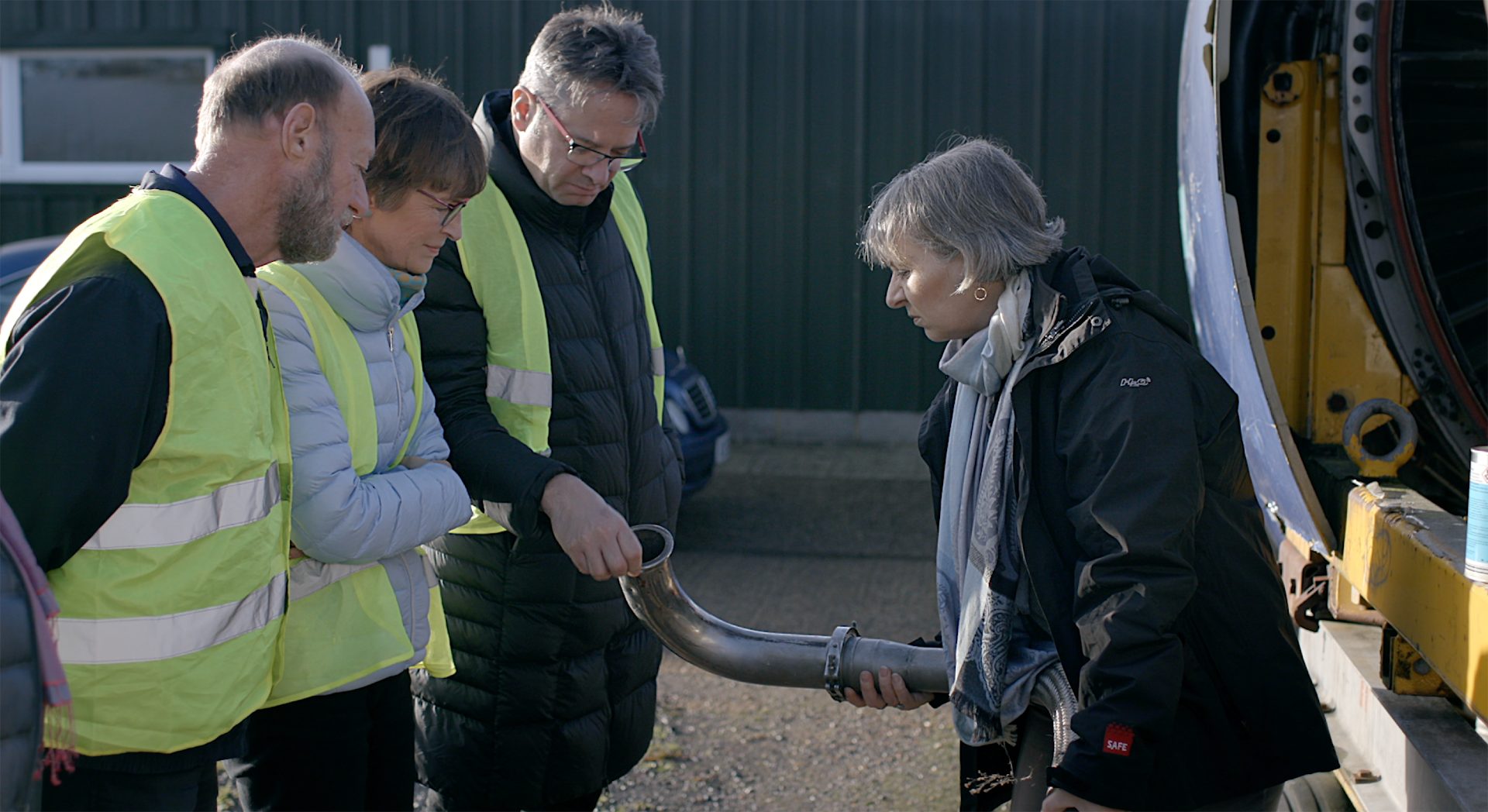 What is your greatest success?

Completing the Ironman triathlon was a great day, flying Concorde briefly was nice but ultimately I would say it’s never giving up.

How about your greatest failure?

Having not yet been able to resolve the contaminated air on aircraft problem but I will never give up. The fight goes on.

What’s your ultimate goal as a storyteller?

To help people learn about important social issues or problems.

Go and do some courses at Raindance like I did and tell Elliott Grove Tristan sent you.