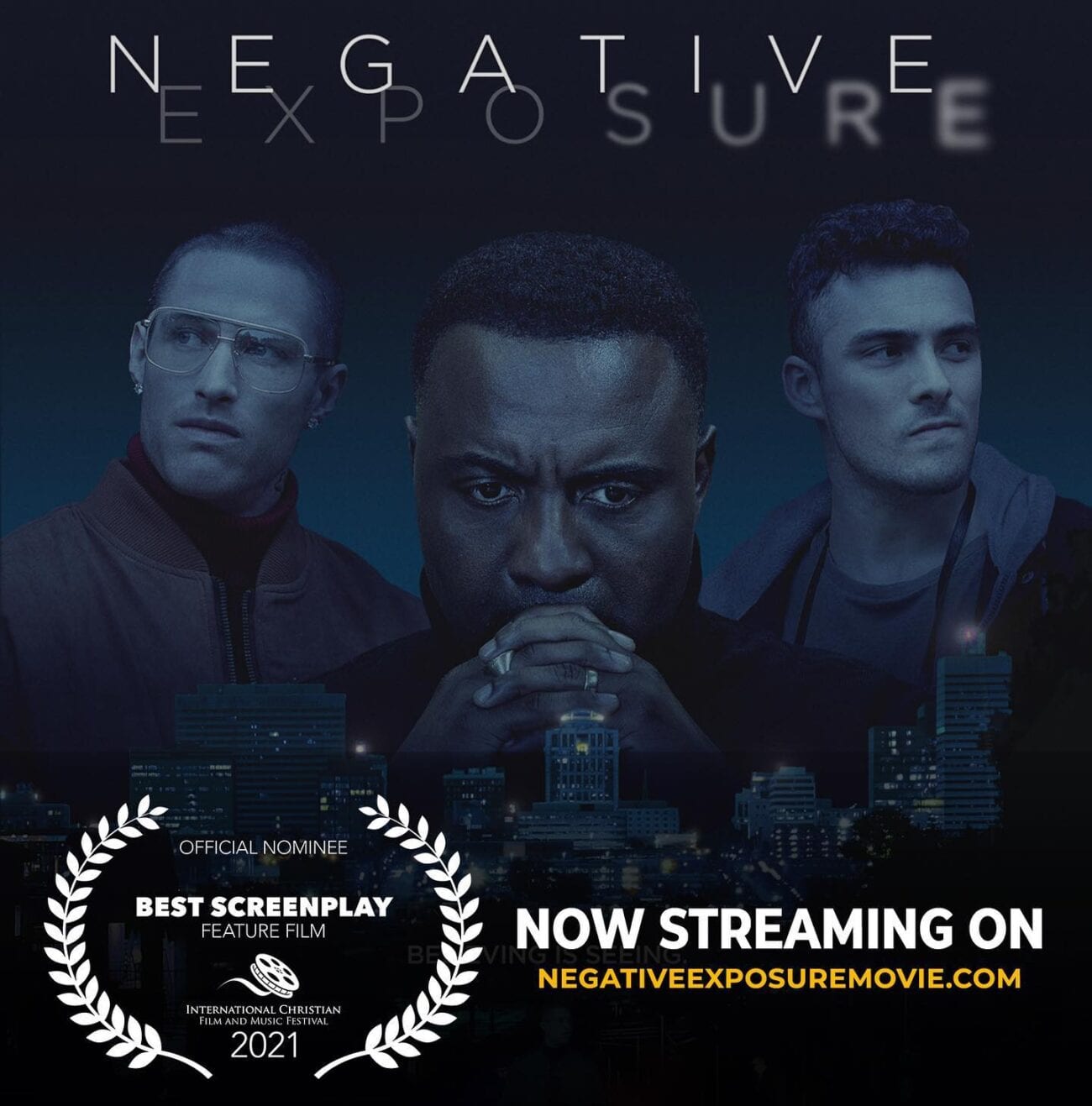 (Columbia, SC)– “Negative Exposure” can now be seen on Amazon Prime, Vimeo on Demand and at www.negativeexposuremovie.com. The controversial feature film, shot before any of the civil unrest erupted over the George Floyd murder, addresses the systemic racism and necessary police reform due to profiling as well as the use of excessive force and violence, specifically in underserved communities.

Executive produced by Bishop Eric Warren Davis under his E.D. Legacy Films banner and directed by Tony Tite, who has also been nominated for Best Original Screenplay by the International Christian Film and Music Festival.

Shot in Columbia, South Carolina, in a reverse scenario, the film explores a community of primarily White residents navigating the atrocities of poverty, gang violence, police brutality, and social injustice.

Jayson Gresham (Taylor Katsanis) is a White man born in a caste of our society normally attributed to the stereotypical depiction of people of color with little or no opportunity to move up the ladder socially or financially. Jay is trapped in a cycle of poverty and despair, trying to better himself with a new job while helping to care for his young daughter.

Black police officers refer to the young White locals as “unruly animals” who have turned their communities into jungles, just like “apes.” Bones (Darrell Snedeger), an old friend of Jay,  is a dangerously intense and chilling community gang leader and integral in the events about to unfold.

Jay’s mother, Beverly Gresham (Rebecca Derienzo), is fighting to keep her son safe, to be a man of faith, and to thrive in a world of challenges stacked against him.  Jay gets caught up in a dangerous confrontation which, as it turns out, was instigated by Caleb Kingsley (Khamary Rose), the privileged son of Pastor Kingsley (E. Warren Davis), an elite Black religious figure in the community.

An activist organization aligns with the family of the innocent victim who was wrongly accused to use this tragic event as a rallying cry from the community to garnish media attention. Ultimately, agendas are revealed and the guilt is placed where it belongs.

The story could not be more timely or more relevant. As a window into bigotry and violence, the film creates a conscious exploration and awakening of a paradigm shift that is long overdue, effectively addressing the dark side to reveal the light.

The film is supported by over 700 members of the National Black Caucus of State Legislators (NBCSL), an organization representing more than 50 million Americans of various racial backgrounds. Negative Exposure is seen as a call to action in an effort to expedite legislation to transform policing into a model that is equitable and safe for all communities, specifically those inhabited by people of color. Towards that end, the NBCSL recently passed the J.A.Y.son (Just As Your Son) resolution named after the film’s main character.