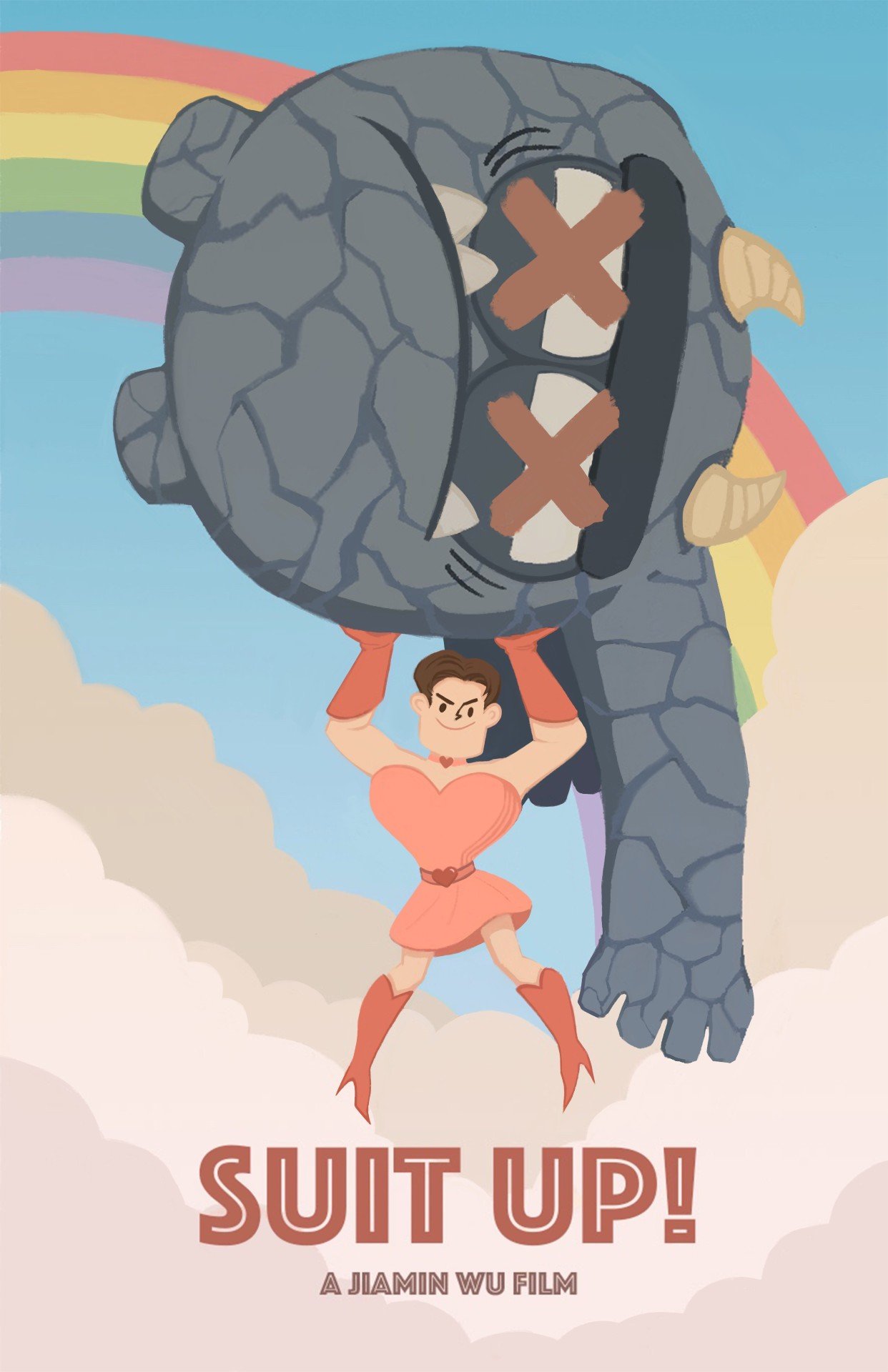 Jiamin Wu is here to change things up. The multi-talented artist was born in China but earned her Bachelor of Fine Arts in Computer Animation at the Ringling College of Art and Design in Sarasota, Florida. She moved to Los Angeles after she graduated and now works as a previs artist on Hollywood blockbusters like the upcoming Fast & Furious 9.

In addition to her successful previs career, Wu is an animator and director who recently put out the short film Suit Up! The film challenges preconceived notions of masculinity in the superhero genre, and has already won awards at the Couch Film Festival and the AltFF Alternative Film Festival.

Film Daily got a chance to talk with Jiamin Wu about her career, her superhero fandom, and her plans for a Suit Up! sequel. Here’s what she had to say: 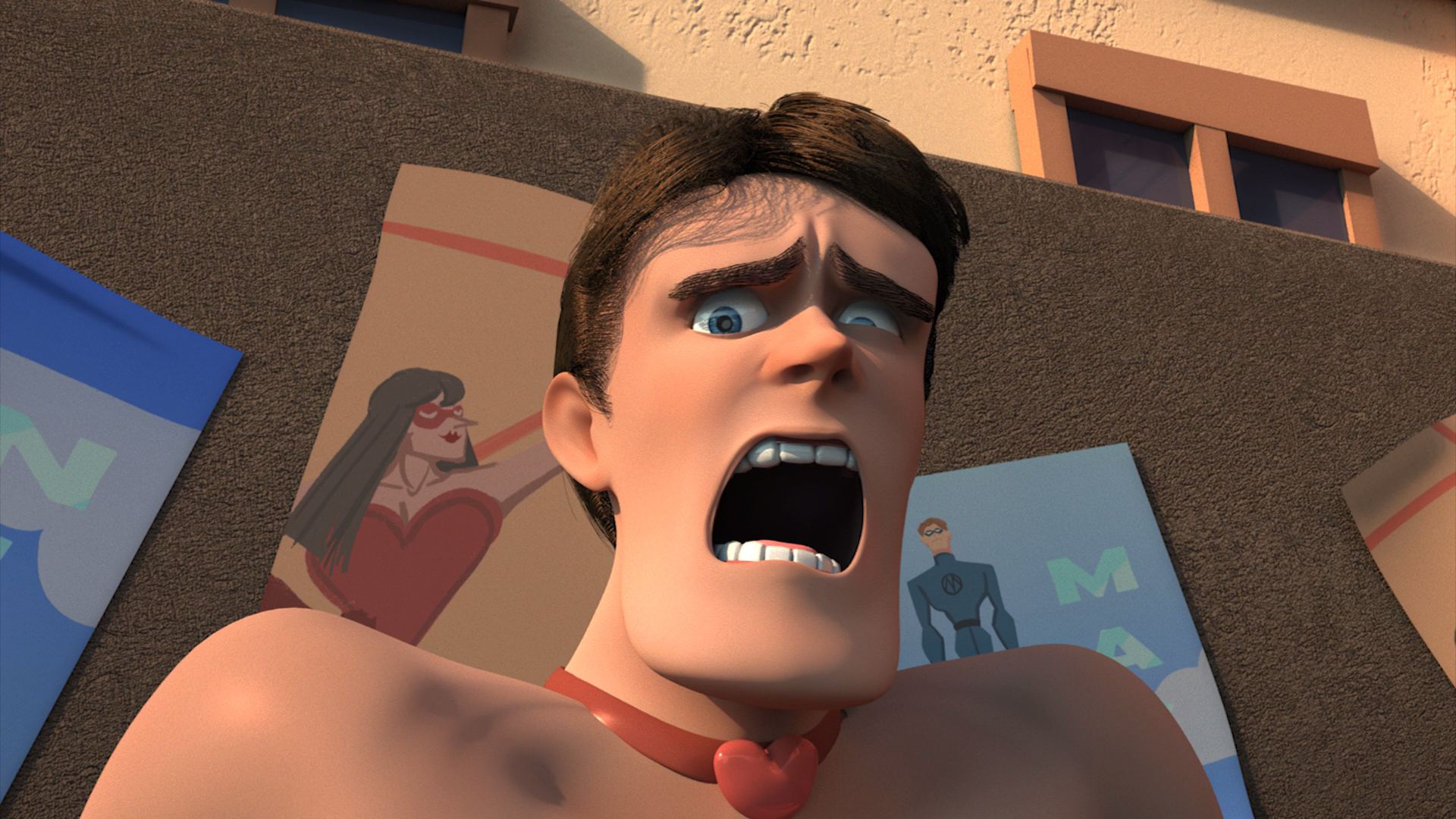 Tell us about your history as a CG artist. How did you start your journey?

Back when I was attending Ringling College of Art and Design, I was really interested in doing the camera work for my film. After graduating, I started to work as a previs/postvis animator for Hollywood blockbuster films.

Who are the animators that have influenced you the most?

Tarun Lak, he is currently working for Pixar, and he’s a Ringling alum as well. His animation works are always really natural and smooth.

Your short film Suit Up! is based in the superhero genre. Are you a fan of the genre as a whole?

I was definitely obsessed with superhero comics and films as a teenager. I loved all of those amazing visuals and stories.

Suit Up! poses interesting questions about masculinity and what it means to be “tough”. How did the idea for the film come about?

From my observation, “magical girl” anime is a very popular genre in Asia. On the other hand, superhero stories are really popular in America. It’s really interesting how the contrast of power is portrayed in these two different worlds, and so I wanted to combine these two together and create something new.

Do you feel it’s important to break down preconceived notions about masculinity and femininity in today’s world? 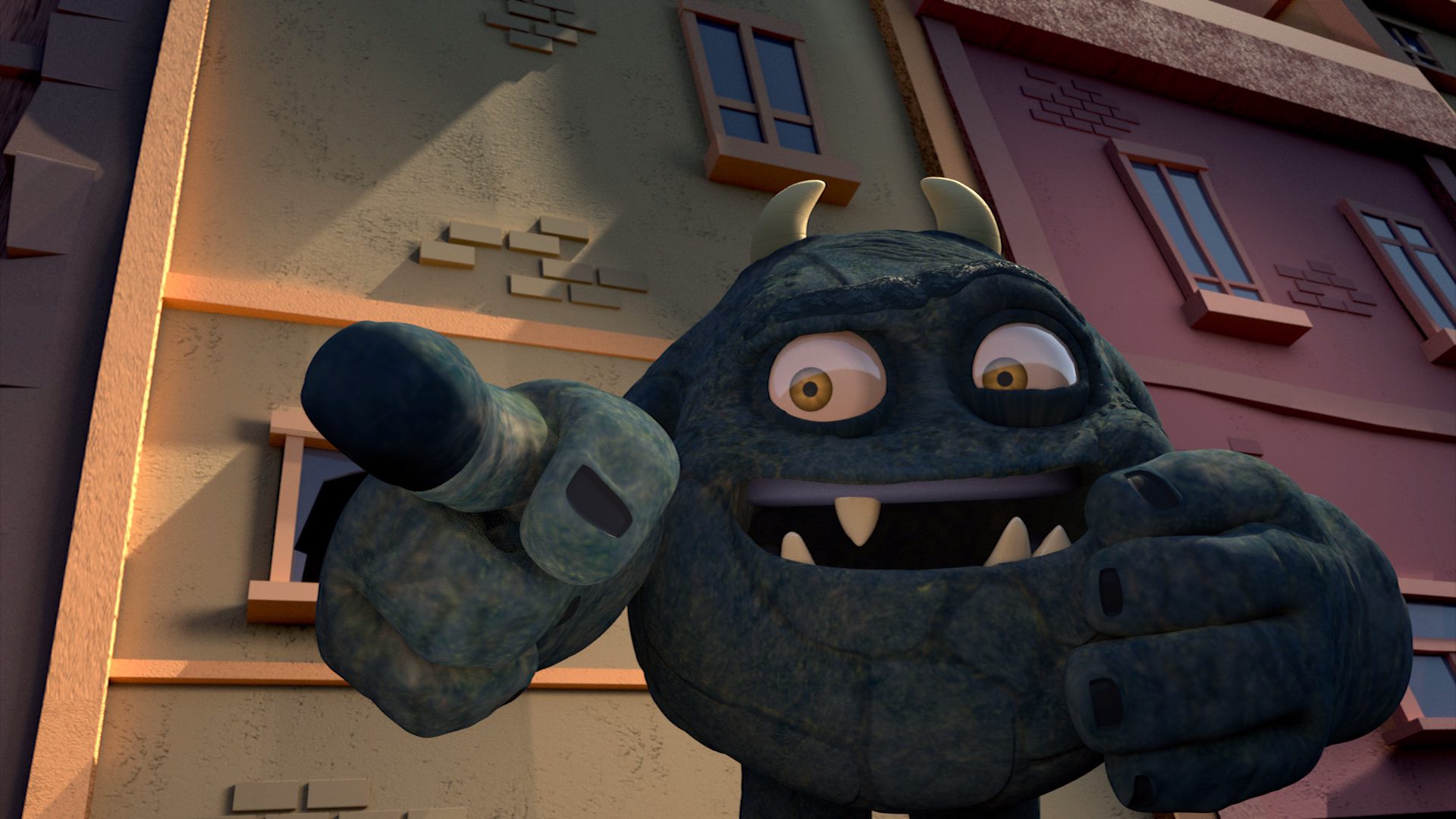 The animation style and the opening scene has elements of Pixar’s The Incredibles. Did that film influence Suit Up! at all?

I definitely used The Incredibles as a reference for character design, because it’s such a classic. However, I didn’t do that for the opening scene so it’s a quite interesting coincidence that there were some similarities.

Suit Up! has competed (and won) at several festivals throughout the country. Are you surprised by the overwhelmingly positive response to the film?

Definitely. I’m really happy that it won a number of awards, and also in the fact there were audiences out there that enjoyed the film. I really hope it made them laugh.

Would you consider bringing Captain Macho back for a sequel?

Time was so limited when I was working on this film, that I didn’t have the opportunity to introduce his wife. And I feel that she would be a very interesting character for a sequel.

The music is a huge part of Suit Up! Can you tell us about collaborating with the film’s composer, Antonius Nazareth?

Antonius was amazing! It was a dream to work with him.

You work as a previs artist in Los Angeles. Has your experience with previs helped to sharpen your own skills as a storyteller?

Previs is a super interesting job, because you see how different directors plan their shots in order to tell the story, build the characters, and how the camera can affect the mood of the film. I also have learned about the limits of what can and can’t be done. Some of the great ideas sometimes just don’t work in reality, and that’s normal in the industry. 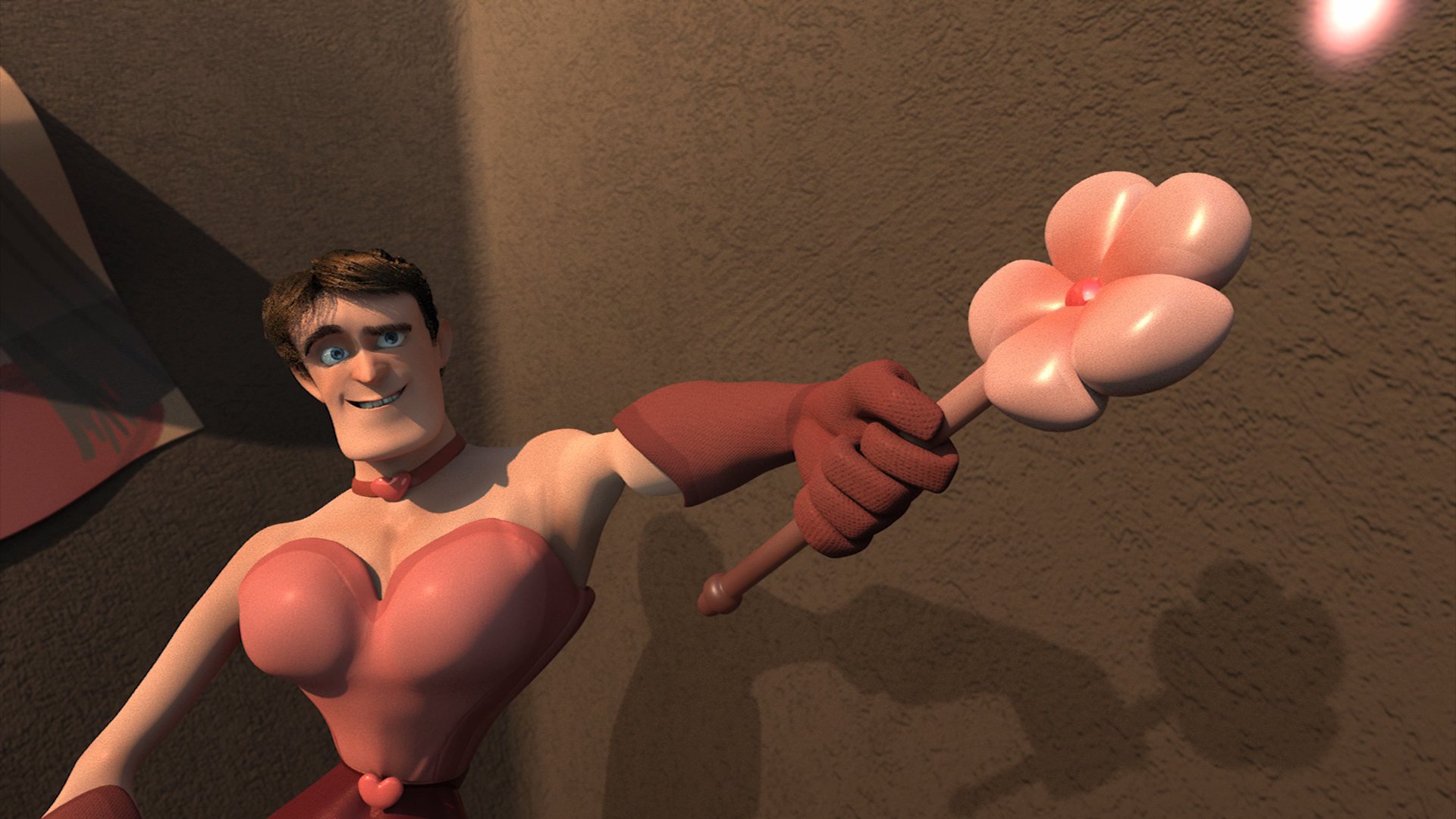 What part of animation do you geek out about the most?

I really enjoy doing the cameras in the 3D software, it’s like magic. It’s like being a cinematographer but with no worries about the limitations of reality.

I’ve also recently been interested in studying how to make 3D animations look like they were hand-drawn in 2D. The developing technologies will allow us to break new grounds.

What is the biggest distinction between working on a short film and working on a blockbuster like Fast & Furious 9?

The biggest distinction for me was how my role changed from being a director to an artist. When working on blockbuster films, there are so many people involved in the entire process, and we have to completely follow the director’s order. This way, it won’t cause any issues to other departments down the pipeline.

You have also worked on the game cinematics for Apex Legends season 2. Does video game design require a different skill set than live-action or animated films?

I was working on the previs for an Apex Legends cinematic trailer, so the process was basically the same as a live-action film previs. On the other hand, I do think the work process is a lot faster than what you see in live-action films.

Do you have plans to direct a feature-length animated film in the future?

What is your biggest success?

I think my biggest success was that I was able to find something that I’m passionate about, and have that be my career. 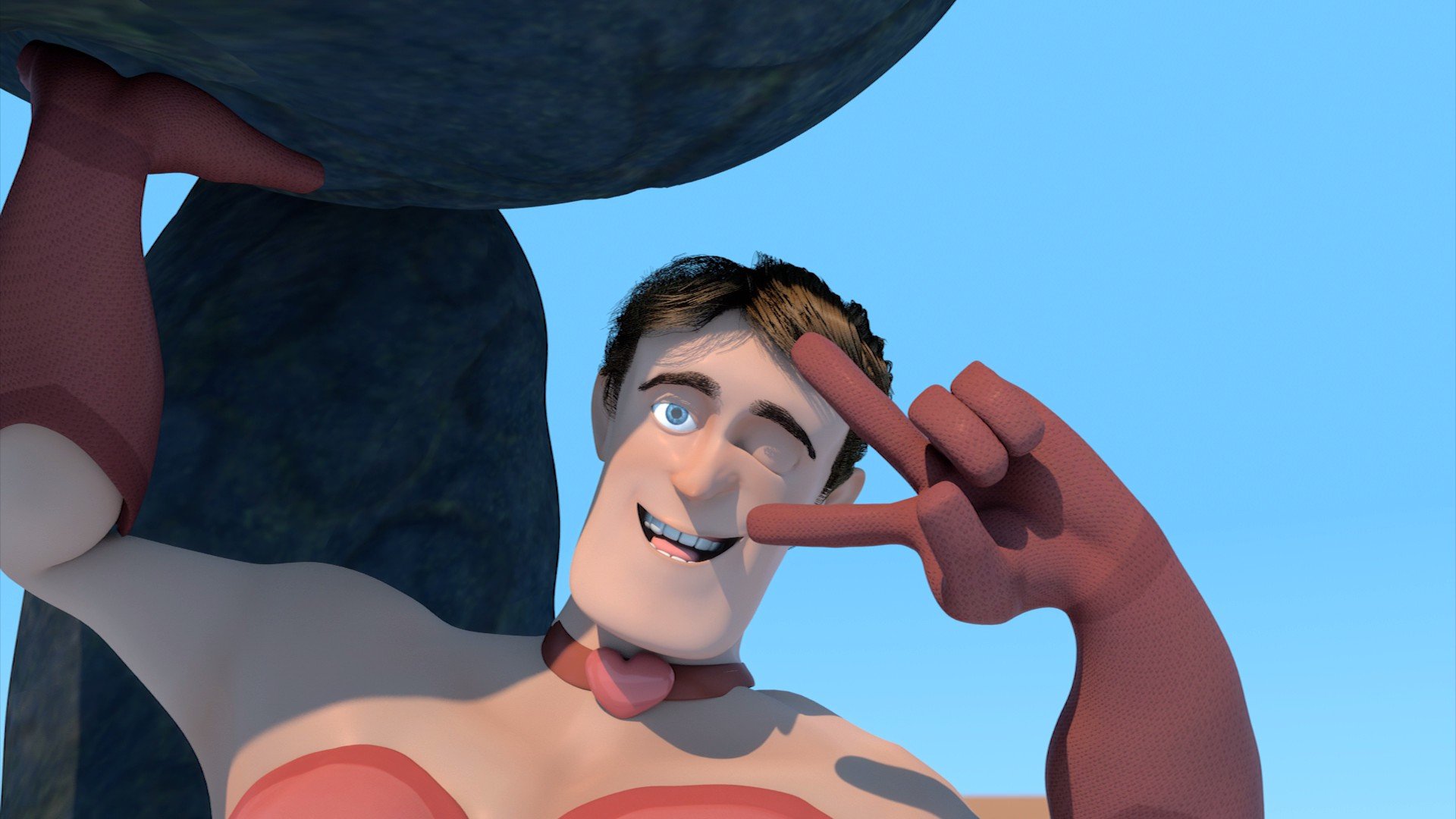 What’s your biggest failure? What did you learn from it?

I don’t really have any big regrets, but I do wish that I dedicate more time to learning the basic rules to film-making, as well as in analyzing film.

Can’t say anything yet, but a trailer for one of the projects will be out soon!

What’s your mission as an animator? Name the most important thing you want viewers to experience when watching your projects.

For previs, the animators need to work relatively fast to show the director the basic character and camera movements before shooting starts. When the audience watches super complicated CG shots, it’s us previs artists that often set the foundation for those.

What advice do you have for aspiring CG artists?

Always try to make time to work on your own projects. It not only expands your mind outside of work, but it also might help in finding new jobs.

What is your favorite animated film of all time?

The Nightmare Before Christmas. It will always be a classic to me.