Millions Of Viewers Await The Premier Of The Lady Of Heaven

The long-awaited release of The Lady of Heaven is almost here; soon, fans everywhere will follow along with Lady Fatima’s heart-wrenching story on big screens across the world. The Lady Of Heaven trailer came out in late 2020. Now, over 2 million people have been captivated by just a glimpse of this beautiful tale; over 400 people have filmed their reactions showing just how moving Lady Fatima’s story is.

The film is a collaborative effort between diverse religious experts and an endlessly dedicated film staff. Directing The Lady Of Heaven was a team effort between many creatives, united in the goal to tell Lady Fatima’s story with the utmost respect and precision. Sheikh Al-Habib is the writer for the film, and John Stephenson Obe will be credited officially as a creative consultant.

The Lady Of Heaven follows a young Iraqi child’s journey amidst a battle-scarred country to learn the power of patience. After losing his mother to the war, the child finds himself in the home of a doting grandmother who narrates the tale of “The Lady.” There, the young child learns of Lady Fatima’s suffering as the first victim of terrorism that spirals into the 21st century.

“The Lady is held dear in the hearts of billions worldwide, but her story has never been shared through film. Her story is a universal one that we can all learn from, teaching us the best response to corruption and power-hungry politicians,” the filmmakers explain, “She is a powerful and important historical character that many in the world have never been introduced to.”

Expectations for The Lady Of Heaven are already high, and anticipation for the forthcoming debut continues to rise; even the film trailer went viral within only a few days of its release. Released on Film Selects, the YouTube trailer platform, The Lady Of Heaven trailer, gained massive organic support.

It skyrocketed to over a million views, more than 85 thousand likes, and almost 100 thousand comments in a matter of four days. It is a rare thing to see approval and excitement of this level for a non-studio film.

The story of “The Lady” has never before been shown on the big screen and thus has created mass anticipation ahead of the film’s release. “There are 250 films on Jesus Christ, 120 films about Moses, 80 about the other Prophets, and 40 films about Buddha, but there are none about the life of Lady Fatima the Daughter of the Prophet Muhammed, until now,” commented the filmmakers.

“The Muslim community hasn’t seized as many opportunities as they can in film and media. The last major major film pertaining to this history of Islam was The Message back in the 1970s. There have been some TV series, attempts at films and series here and there, but nothing significant has been done. I guess why a film has not been done until now is a missed opportunity.

“It is not just about Fatima it is all that whole rich history.We picked the lady because she is such a brilliant fascinating woman, who all Muslims have a deep love for.”

The film also depicts the historical roots of ISIS, giving viewers a look into this infamous terrorist group’s origins. The Lady Of Heaven artfully compares terror groups throughout history, starting with Lady Fatima all the way to the 21st century. With these themes in mind, viewers may be able to walk away from theatres with new insights into modern-day terror groups.

In featuring the story of “The Lady,” the filmmakers also had to work around the delicate issues depicting a holy figure on the screen. There are many religious codes with rules regarding the proper way to show sacred figures. The filmmakers did copious amounts of research prior to filming in order to abide by these codes and show respect to the communities in which “The Lady” originates.”

One of the important things to mention is that we put extreme time and effort to make sure the film is historically accurate, so everything is backed by historical texts. Then you come to how those texts are interpreted, which is where the healthy conversations and differences that people may have,” said Malik Shlibak, filmmaker.

The film uses groundbreaking technology to keep in line with these codes and show respect for Islamic tradition while depicting “The Lady’s” story as accurately as possible.

“Following Islamic tradition, no individual represented a Holy Personality during the making of this film. The performances of the Holy Personalities were achieved through a unique synthesis of actors, in-camera effects, lighting, and visual effects,” stated the film producers.

Production has faced much uncertainty amidst the COVID-19 pandemic, but the filmmakers have worked exceptionally hard to ensure their film is perfect and appealing to audiences everywhere. Audiences are in for a treat once The Lady Of Heaven hits theaters. 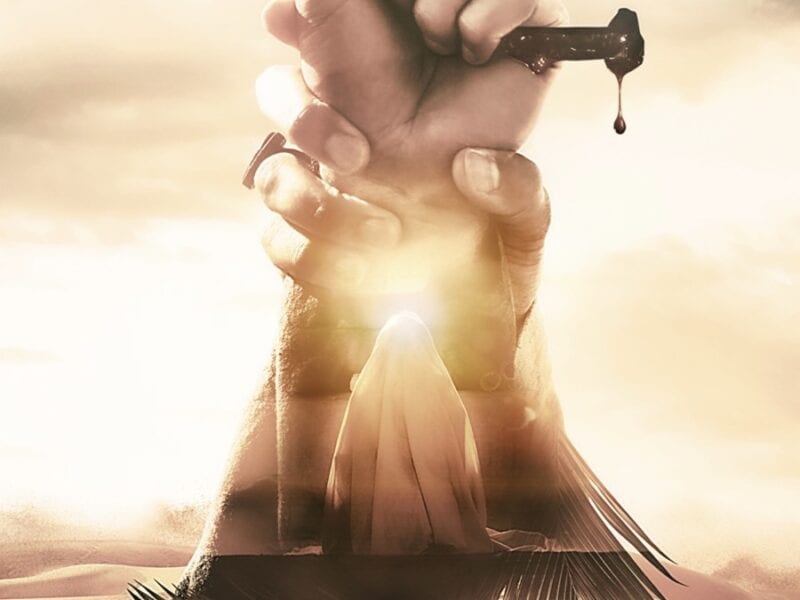