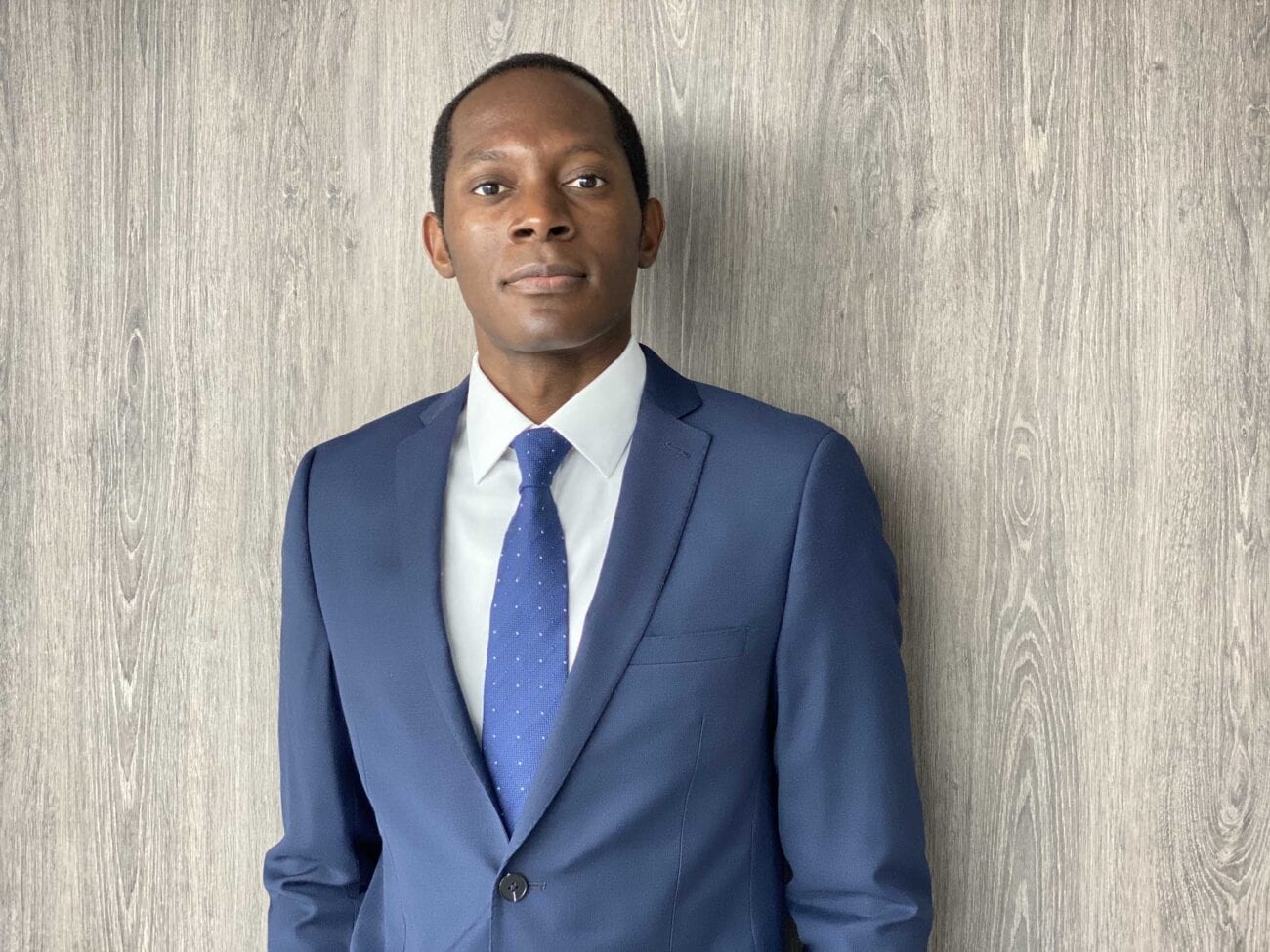 We talk so much about what life is like on set behind the scenes, but the production side of filmmaking is just one small part of the big picture. Jason Owolabi does have on-set experience, but with his production company Black Sky Films, he tends to serve as producer nowadays on projects.

Producing hits such as Tomorrow featuring Stephen Fry & James Cosmo, Highjacked (also known as Altitude) starring Denise Richards & Dolph Lundgren, and the upcoming Girl in the Tower, Owolabi has made a name for himself as a powerhouse producer. But he’s far from just that, as both Girl in the Tower and No Place to Rest will feature screenplays co-written by Owolabi.

We got the opportunity to speak with Owolabi about the success of Tomorrow and where he would like to see Black Sky Films go next. You can read our full interview below. 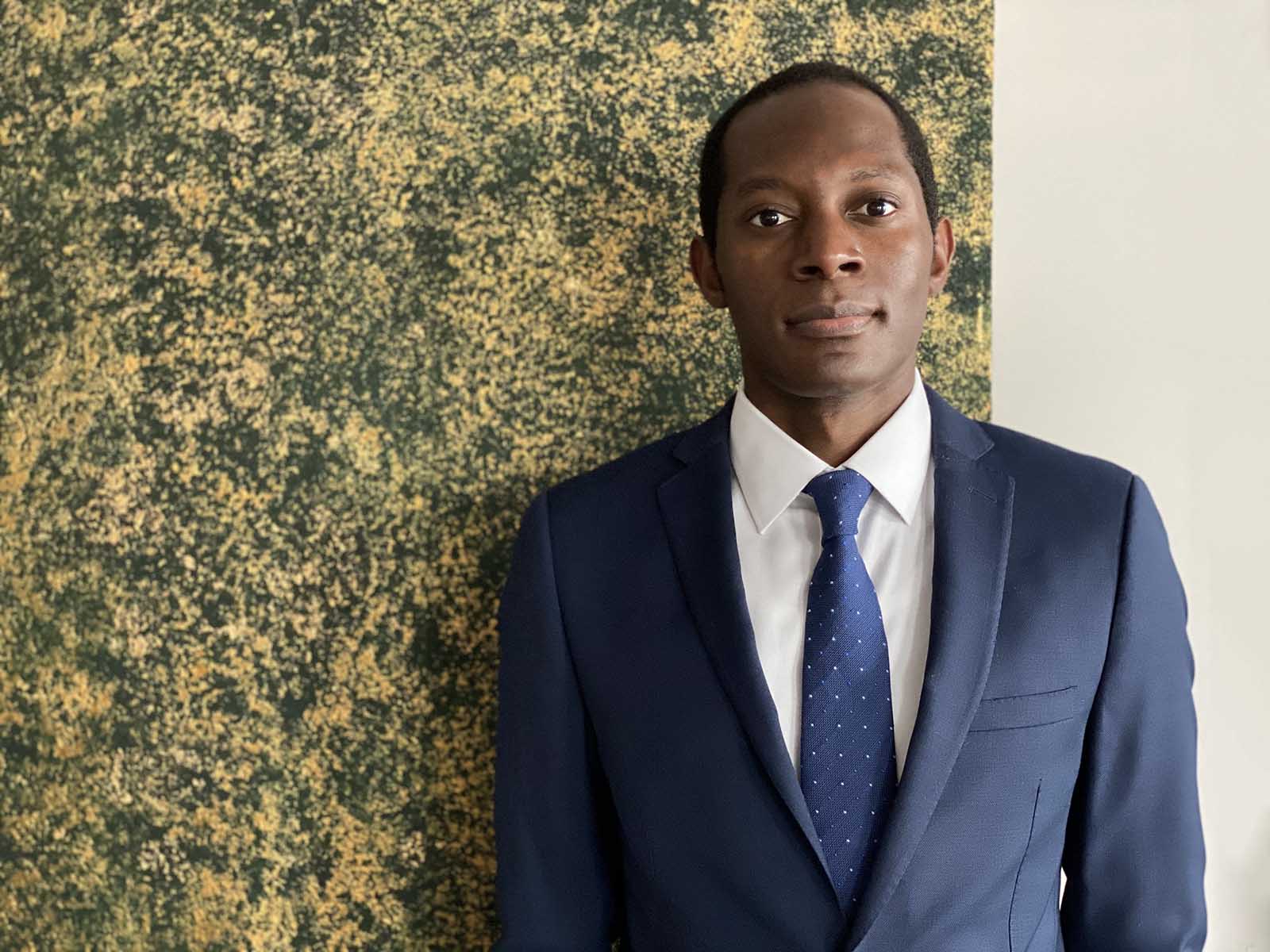 My journey into filmmaking started long before I even realised this was the path I was choosing, from a very young age I would write down movie ideas and outlines for fun and even once at school I wrote, produced and directed a short film using my camcorder and with the help of over 20 students, it was a crime/action/heist/kung fu film :)

While completing my second masters degree in business, banking and finance I briefly went into the restaurant business after which I set up Kingswood Global which operates mainly in Africa to develop business initiatives and provide business services to industries in the field of Renewable Energies, Governments and Private industries.

Was there any particular film or TV show that inspired you to switch industries?

There are too many to credit for this, but I’d have to say watching Entourage really lit my fuse.

The first real project that I worked on was this comedy/drama based on a bestselling book. I had optioned the rights from the author and adapted it into a screenplay. It never got picked up but it taught me how to develop features and more importantly to never give up. I still plan to get that movie made someday as there is nothing like it out there  more than ten years later. 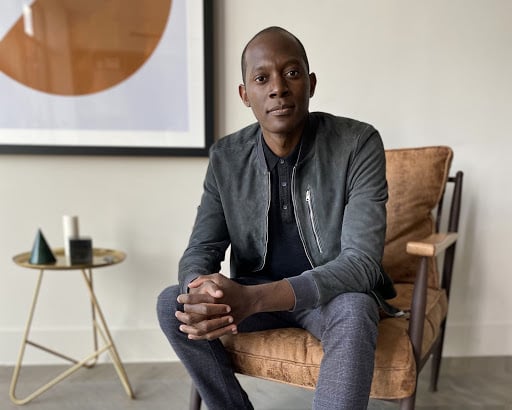 Mentors are extremely important and provide immeasurable value to up and coming filmmakers. I myself have had a few throughout the years and I learn something new everyday from their individual experiences and insights into the film industry.

I’m currently lucky enough to be working on a few projects with one of my mentors Kurt Johnstad who is one of the best writers in the industry, he has definitely helped me to step my game up over the years. Recently I have also begun mentoring some filmmakers who have reached out to me via various mediums including social media, I just hope I can help make their journeys a little less complicated.

It’s difficult to select only five as there are some really incredible titles out there but l’ll try. Ok first would have to be Gladiator by Ridley Scott starring Russell Crowe and Joaquin Phoenix. The opening scene is still one of my favourites of all time!

Dangerous Liaisons with Glenn Close, John Malkovich, Uma Thurman and Keanu Reeves is also one that I would highly recommend. I’m a huge fan of period dramas and this has to be my favourite.

12 Years A Slave is another fantastic film. Funny story about this film is that at the start of my career I met Chiwetel Ejiofor, who plays the lead character and he actually gave me some important advice about getting into the business which I can’t thank him enough for.

The Godfather of course is a must!

No Country For Old Men, The Coen brothers were batting at a hundred on this one! 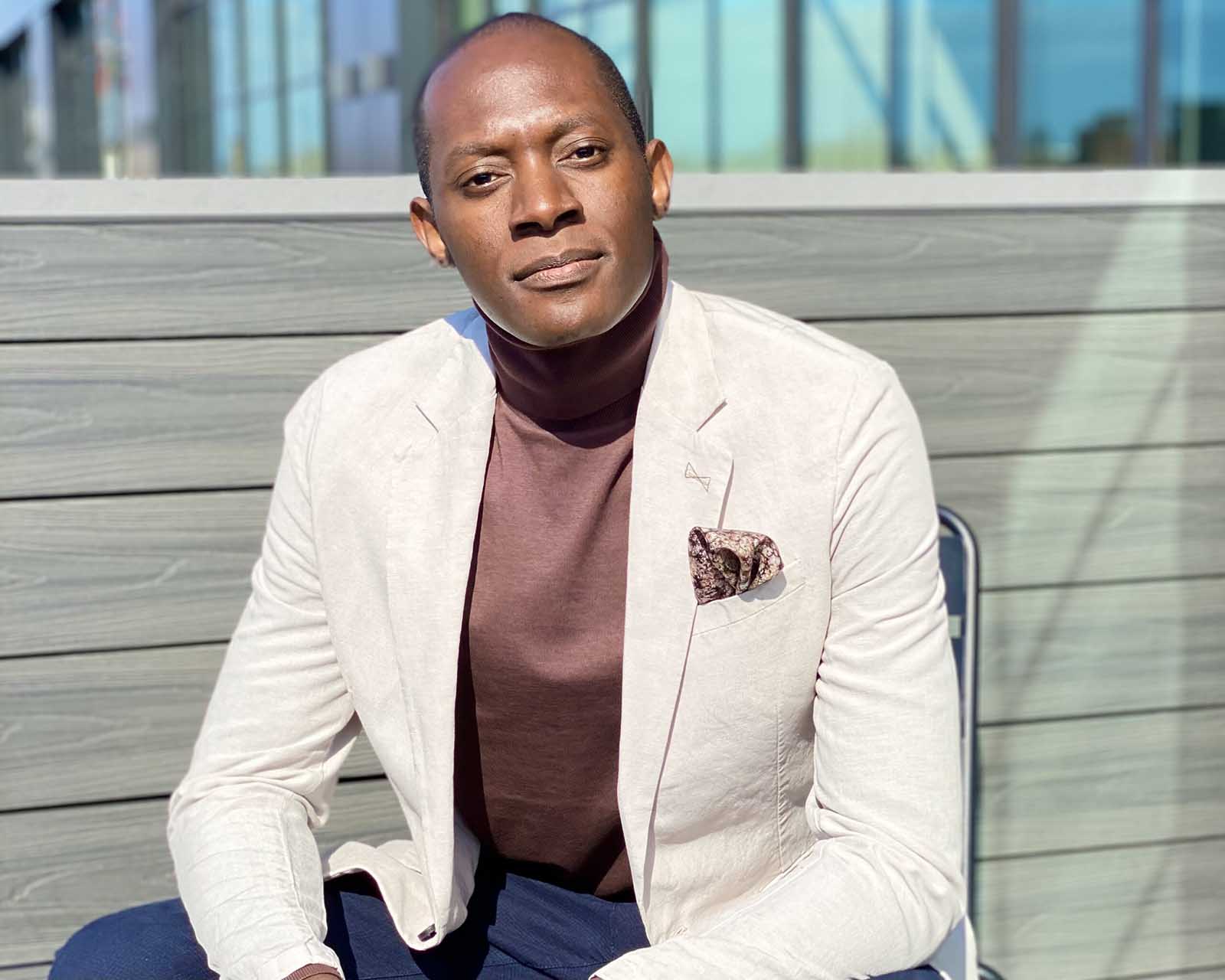 Inspiration comes in different ways and right now I am all about projects that spread a positive message. I am a firm believer in learning from the past experiences so that we do not repeat the same mistakes and so I am inspired by historical figures and events. I am currently developing a TV show that focuses on an impressive female military regiment from west African history.

Where do I begin? Well when I work on a picture, I try to make sure that it ticks three major boxes which I call the three E’s. It must be Entertaining, Educational and Elevated. The three E’s can only be achieved when a script is original and extremely nuanced with three dimensional characters that provide audiences with something relatable.

My process involves identifying a story that resonates with me or that shines a light on an issue that needs to be highlighted. I then put together an outline before bringing on a screenwriter to pen a treatment which later involves into a full screenplay, once I have a screenplay I attach a director whose style best fits the project before going out to talent.

Casting the leads is always interesting because sometimes is difficult to pick just one out of so many talented actors. Once the film has been packaged I get the funding in place before bringing on other cast and crew to commence principal photography. 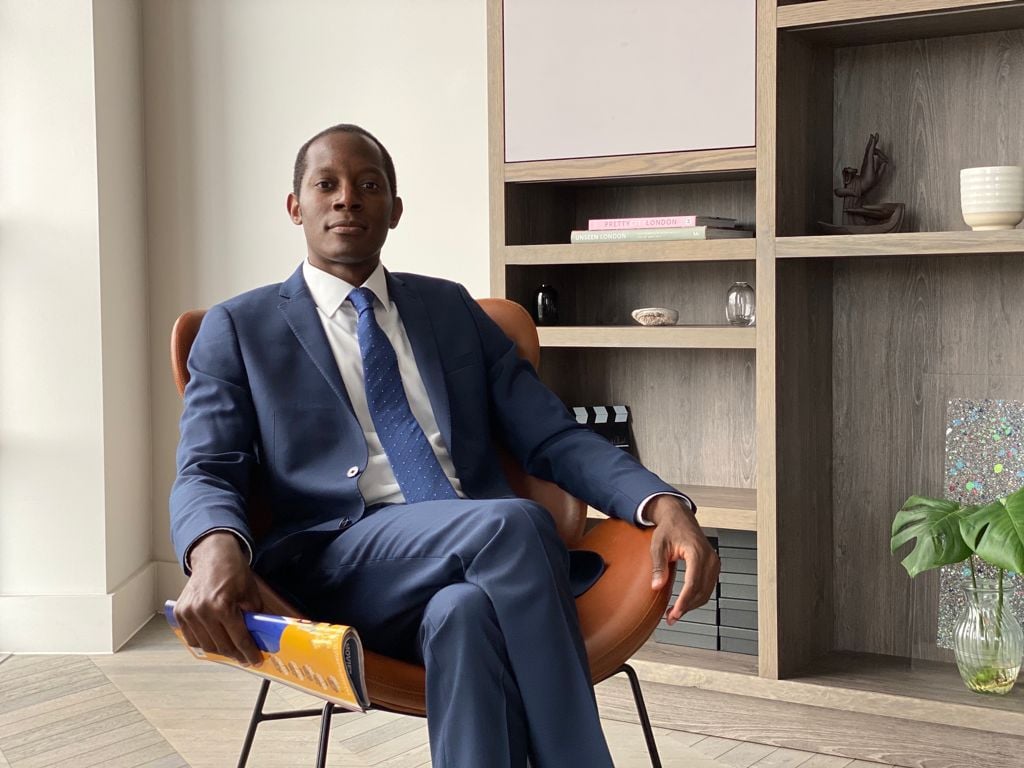 Why did you choose to run your own production company?

That’s a really good question! Being an entrepreneur who has always liked to do things a certain way, I guess it was only natural for me to set up Black Sky Films. I like the creative freedom it allows me plus I have always had this dream of one day running my own studio and this is a great way to gain some of the necessary experience required to successfully achieve that goal.

Is there any meaning behind the name Black Sky Films?

I’ve had a few health challenges over the years and whenever I was down and low in mood, I would watch movies to cheer up. I’m sure we’ve all heard the phrase “It’s always darkest before the dawn”, I chose the name Black Sky Films to signify that right before something amazing happens in life, the sky will be at its darkest.

Talk us through some of the projects you’ve produced through Black Sky Films.

At Black Sky, we’ve worked on several projects, some of which have been released and some coming soon. Most recently we executive produced and financed Tomorrow a British drama starring Stephen Fry, James Cosmo, Josh Stone and Paul Kaye which was released in cinemas across the UK.

We also financed an action thriller called Highjacked starring Denise Richards and Dolph Lundgren, it was distributed by Lionsgate. We have several projects in the works, including Girl In The Tower, the first instalment of a trilogy that we developed in-house and No Place To Rest, a horror thriller that is currently in production.

If Black Sky Films could collaborate with anyone in Hollywood, who would you choose and why?

Definitely STX Entertainment because I love what they are doing, their model ties in with mine and they make the sort of pictures that I want to make. Annapurna is another company on my list whom I have been studying and really admire because they truly promote diversity and that’s something very close to my heart.

Being the horror fan that I am, I have a few projects on my slate that would suit Blumhouse Productions who have mastered the art of making genre films.

When looking for your next project to produce, what do you look for in a treatment?

So far I have only worked on projects that were developed in-house from scratch and other co-productions that were already on an advanced stage and by that I mean screenplay with talent attached. I am however open in the future to take a look at treatments that are extremely elevated and out of the box. Once one of those crosses my desk I’ll be all over it. 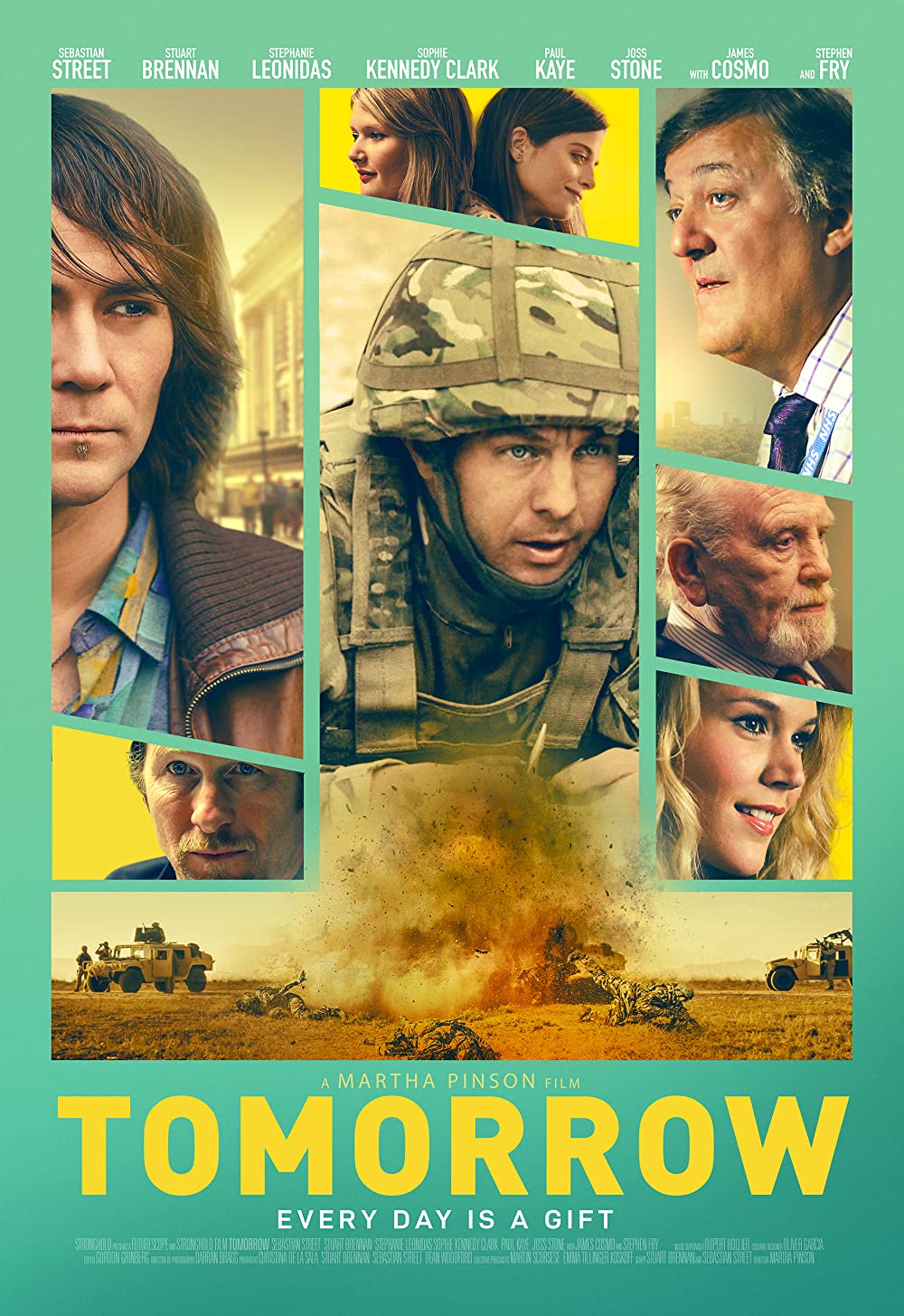 How did you get involved with Tomorrow?

I was one of the financiers and executive producers. I knew the writers who also produced it and after reading the script I was convinced this was a picture I had to get involved in. I was even more sold by the fact it was being directed by Martha Pinson whose career speaks for itself.

Stressful, but worth it in the end. Making any indie is always an uphill battle whether or not you have the likes of Martin Scorsese involved. It took longer than expected to be released, but I am very proud of the finished product. The team worked really hard to pull it off and were rewarded with the numerous awards the film has won. What I am most proud of is that it shed a light on some serious social issues.

What is your favorite part of the production process?

I enjoy every part of the production process but development is by far my favourite, the thrill of finding an idea and taking it, bringing it to life on the big screen is so fulfilling.

Do you ever see yourself moving into a different position in the process, like director or writer?

I’m open to new challenges and already started writing screenplays. I’ve just written Girl in the Tower, a supernatural thriller that’s set to shoot in Canada, it’s being directed by Robin Hays a very talented female director based in Vancouver.

I also co-wrote my latest picture No Place to Rest, which is being directed by Ryuhei Kitamura. I am currently writing a female led spy action thriller. Maybe one day I’ll also direct – who knows?

I see myself running my own film fund and studio while balancing my other successful businesses. I also see myself having played a key role in bringing diversity and inclusion into film and breaking down barriers that hinder creativity and originality.

I don’t believe in failure, rather I take every setback as a lesson and believe me there will always be setbacks in life. I don’t believe in regrets either, things happen as they should. My biggest success is being able to do what I love everyday which is to create!

If one person could direct the story of your life, who would you choose and why?

For starters it would have to be someone who isn’t afraid to bore the audience to death. Ok being serious now I would like the Coen Brothers to do it. Their dark sense of humour is exactly what is needed to capture my essence on screen.

What’s next on the docket for you and Black Sky Films?

Television is our next frontier. I like how innovative and entertaining TV shows have become of late and we have already started created a number of I.P’s to pitch to networks or co-produce with other production companies. There is one in particular that I am very excited about and can’t wait to tell you more when the time is right.