‘Before’ directed by filmmaker Julia Monahan

The short film Before takes place in a waiting room that’s like reverse purgatory. The “not-yet-humans” waiting in this cold DMV like space are waiting for their number to be called, which will mean they’ve finally been assigned a life.

The visitors have been waiting in this room for thousands of years. Each almost-person has ended up either anxious, hopeful, or completely defeated by impatience thanks to their long waits – and their earthly lives haven’t even begun yet.

However, despite their eagerness to join the living there’s one life which keeps being rejected over and over again by every visitor in the room . . . until one person finally accepts.

Julia Monahan is a talented filmmaker with credits on shows such as Silicon Valley, Brooklyn Nine-Nine, and Barry. Before marks Monahan’s directorial debut. She’s determined to tell stories which will make viewers question how well they know themselves.

Monahan’s writing has garnered her accolades from the 2018 New York Television Festival as well as the 2016 Austin Film Festival. Her web series won the 2017 Brooklyn Web Fest.

“Upon first read[ing] of the script, the world of Before immediately took hold of my mind. I became fascinated with this story about an infinite waiting room. I believe that when we as humans are left to watch and worry and wonder, our truest selves are represented. And I was excited to explore this story of one individual’s enduring hope.

“When imagining how to portray the physical space, I wanted to find the divide between the familiar and the unfamiliar. All of us have sat idly waiting for something. Tapping our feet, counting the seconds, and twiddling our thumbs: at the dentist, at the DMV, or at the bank. But the sights and sounds in this place subvert an ordinary waiting room.

“Visually, I wanted our production design to have worldly and other-worldly elements. The ticker is meant to invoke the split flap of departures that one might see at a train station as they wait to embark on a new journey. The walls and posters are designed to feel temporary and liminal – because though this space has existed for an eternity, no effort has been taken to make it feel comfortable.

“Our color palette lingers in blues and grays that the visitors to this space have been wallowing in for years. And the warmest light shines on the employees at their desk, since visitors approaching this desk are at their most hopeful. The music and sound design is meant to feel ethereal and hollow at first, making the viewer exist in the exhaustion and tedium of the space. 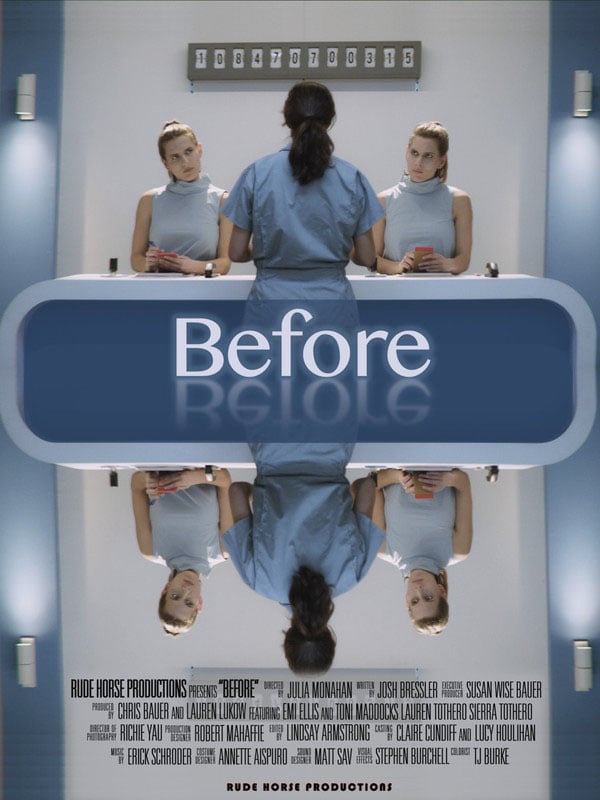 “With the help of an incredible team, it was an honor to bring the story of Before to life. I loved discovering each character’s on-screen journey through a space that links the known and the unknown. My goal is that the hopeful spirit of this film lingers with audiences as it has for me.” 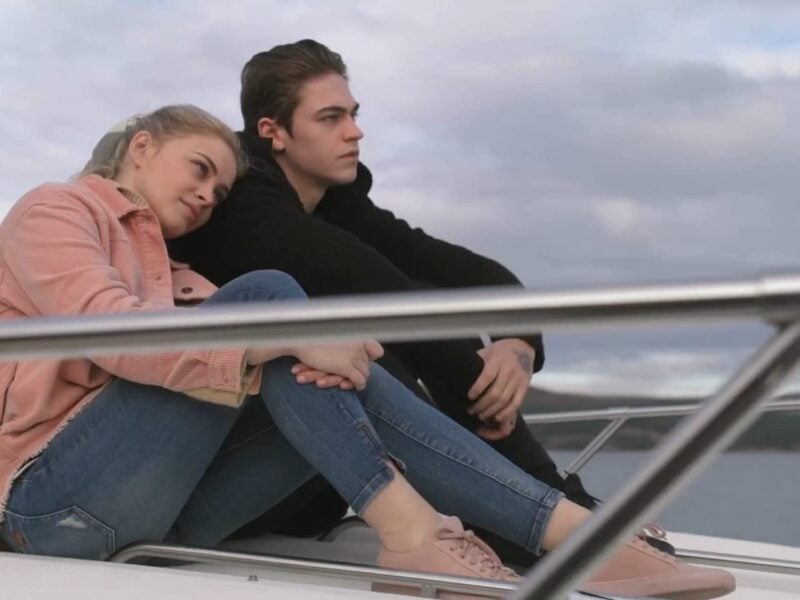 How did Anna Todd’s series ‘After’ become a global sensation?