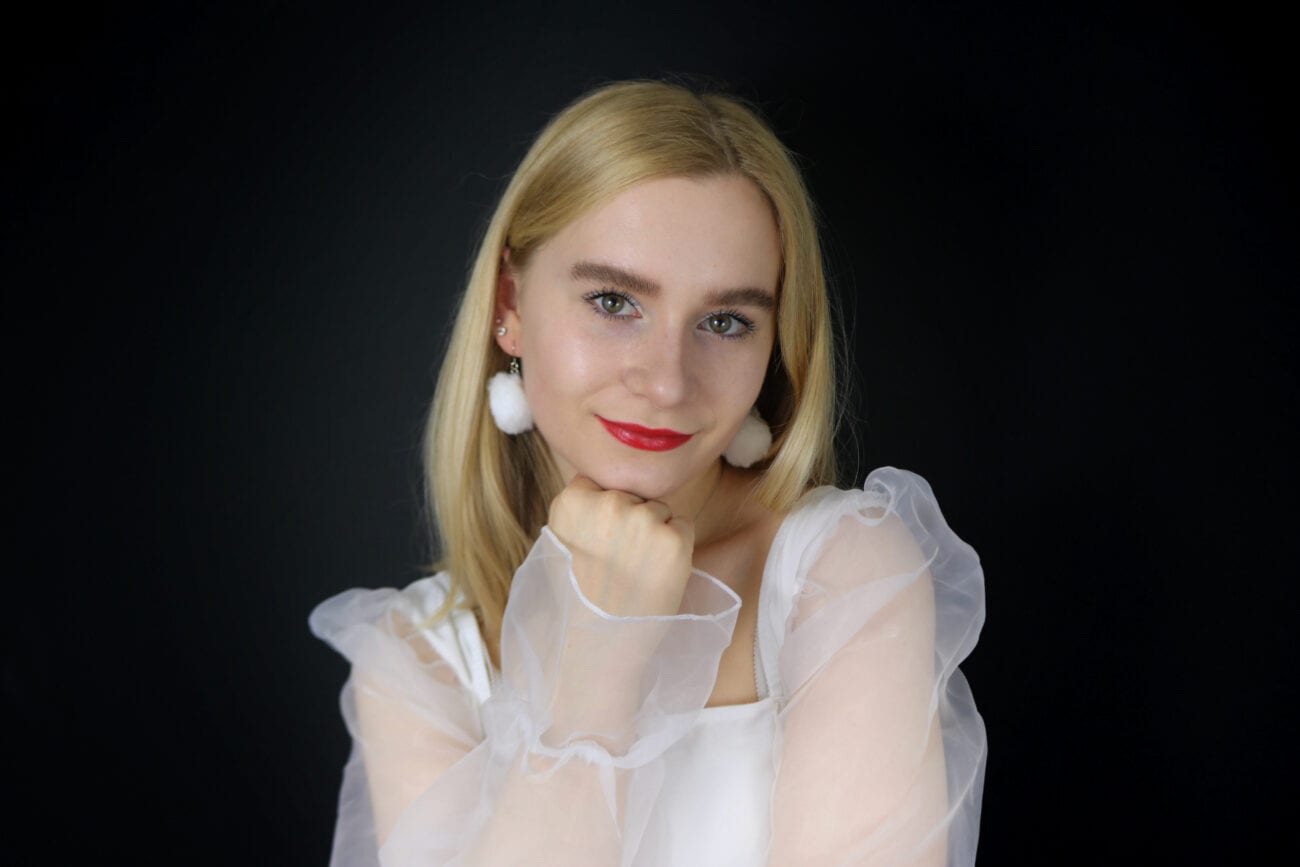 Ella Greenwood is ready to be heard. The actress is making her directorial debut with the drama Faulty Roots, which is based on her short of the same name. The film stars Gavin & Stacey veteran Melanie Walters & Sanditon actress Kayleigh-Paige Rees, and delves into the lives of two teenagers with different genetic conditions who are forced to form a friendship.

Faulty Roots not only represents a big step for Greenwood as a filmmaker, but for the representation of mental health in the media as a whole. Greenwood’s original short was praised for its honest and accurate portrayal of mental health, and the upcoming feature will get this positive message out to an even bigger audience. Furthermore, Greenwood was recently named an ambassador for the UK mental health organization stem4.

Film Daily sat down with Ella Greenwood to discuss her career, her upcoming debut, and the importance of representation on screen. Here’s what she had to say: 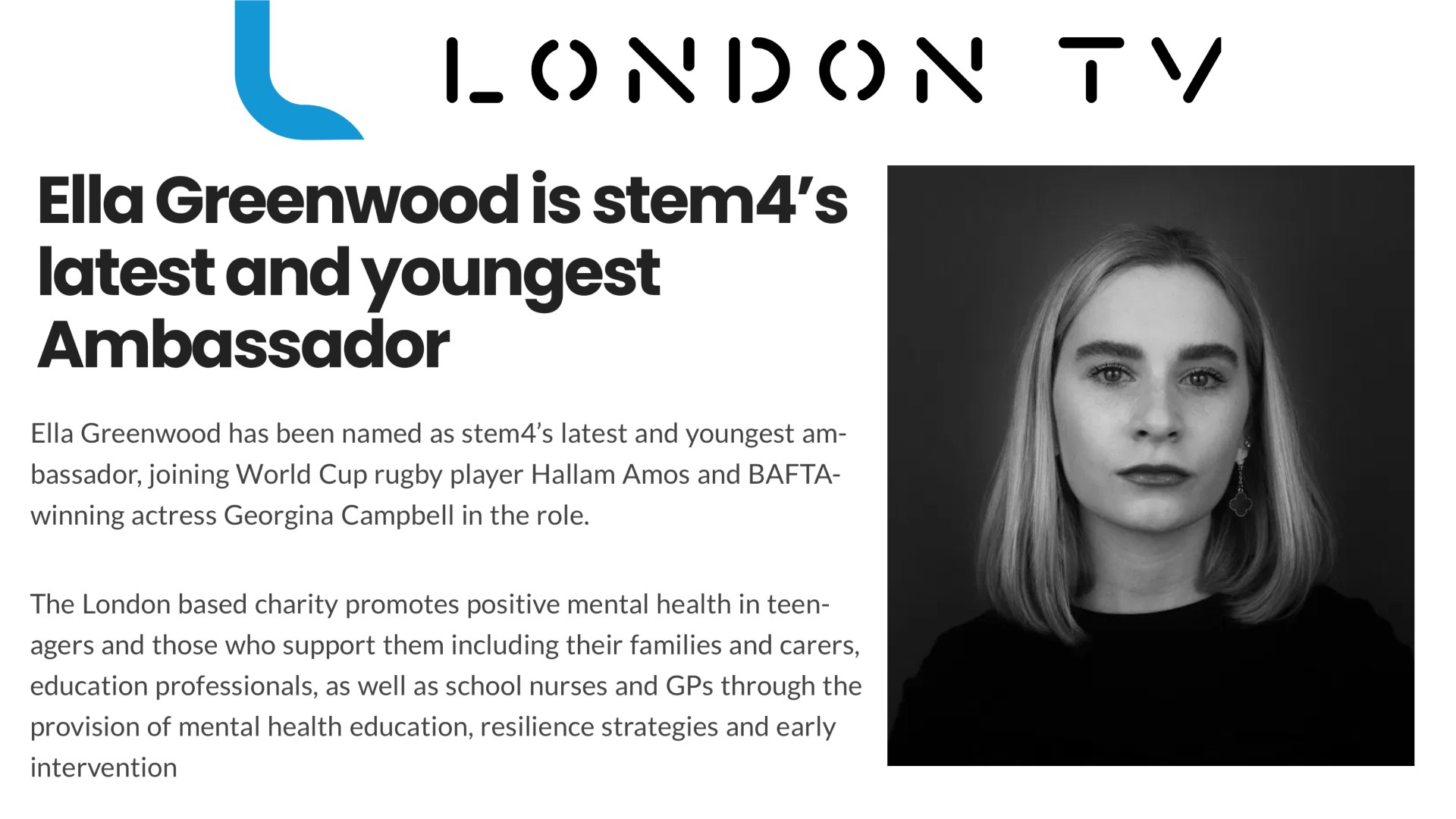 Tell us about your journey into filmmaking. When did you decide your fight for mental health would be best suited for film?

Film is such a powerful way to share messages & experiences, to help change opinions and to start a conversation. When I decided that I wanted to start filmmaking, I knew that I wanted to create work about something that was important to me and mental health is definitely that.

Why did you decide to work on more positive mental health representation in Hollywood as your platform?

So many people struggle with their mental health either throughout their life or at least at some point in their life and so I think that it’s imperative to change the way mental health is represented and to do this in a positive way.

There is still such a stigma around mental illness, and reaching out for help and support, so by using film as a medium to reduce this stigma, I hope that people will be more understanding of the importance of looking after their mental health and that it’s okay to reach out for help.

To you, why is mental health representation important?

Representation is important to me because mental illness can be such an isolating thing. You can feel so alone and so showing that other people have experienced something similar to you can make a huge difference.

Why did you found your own production company, Broken Flames Productions?

I wanted to build a slate of projects, shorts, features, animations, and so having them all be produced by Broken Flames means that I can keep our key priorities in check – what the company wants to promote and focus on, who we work with and what we choose to put out there. 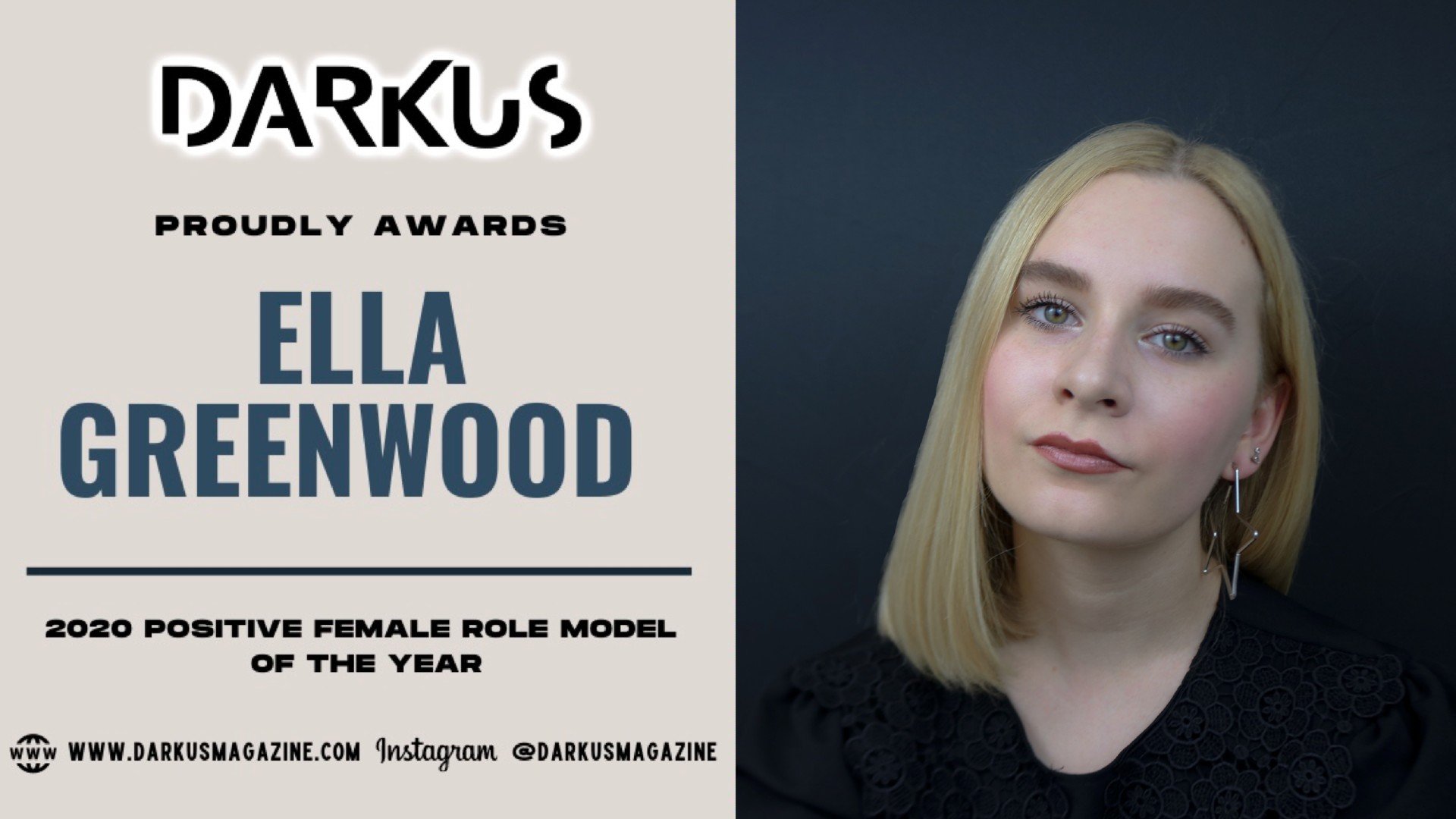 For those looking to become more educated on mental health, what resources would you recommend?

Most of the fantastic mental health charities such as Mind, CALM and stem4 have resources, advice and information on their websites.

What was the first project you worked on in your campaign, and what did you learn from the experience?

I suppose I’ve been working on mental health from the start, but I’ve really been focusing on the campaign with my latest film ‘Self-Charm’. I knew what I wanted the film to raise awareness of, and how to do this in a positive and effective way.

I generally think about what I want to say with my next project; what I feel is needed to be shared right now. Then I start to create characters to represent this and a story to go with it. After that I love to come up with the title and theming, and who I want to work with on it.

What was your inspiration behind Faulty Roots?

I wanted to showcase the difference between someone who was sad when they had no reason to be, and someone who was happy, even though they had reasons to be sad. I wanted to focus on how you can’t choose how you feel when you have a mental illness, and that it doesn’t have to be caused by only external factors.

Why was it important for you to make Faulty Roots your feature directorial debut?

Faulty Roots is a film that focuses so closely on some of the things that I experienced with my mental health and growing up, and so it’s a story that I’m so eager to get out there.

I had the best time shooting the short version of Faulty Roots and having spent so much time developing the feature version has been amazing. We’ve got to work on what we want the film to promote and how we can best represent mental health and make a difference.

How does Faulty Roots help further your message of positive mental health representation?

It will give an honest representation of a teenager’s experience of dealing with their mental health. We want to show that there is support available and ways to deal with things when you’re struggling. That things may get better and that they may get worse again, but no feeling lasts forever.

Why do you think it’s important for celebrities to use their platform to share a message?

If you have a way of reaching people then you might as well use it to promote goodness in the world.

Part of your campaign also meant having more women behind the scenes on Faulty Roots. How does equality in the workplace help mental health?

What do you hope audiences take away from watching Faulty Roots?

I hope that they’ll realize how important it is to take care of your mental health, and to be able to know when those around you are struggling. 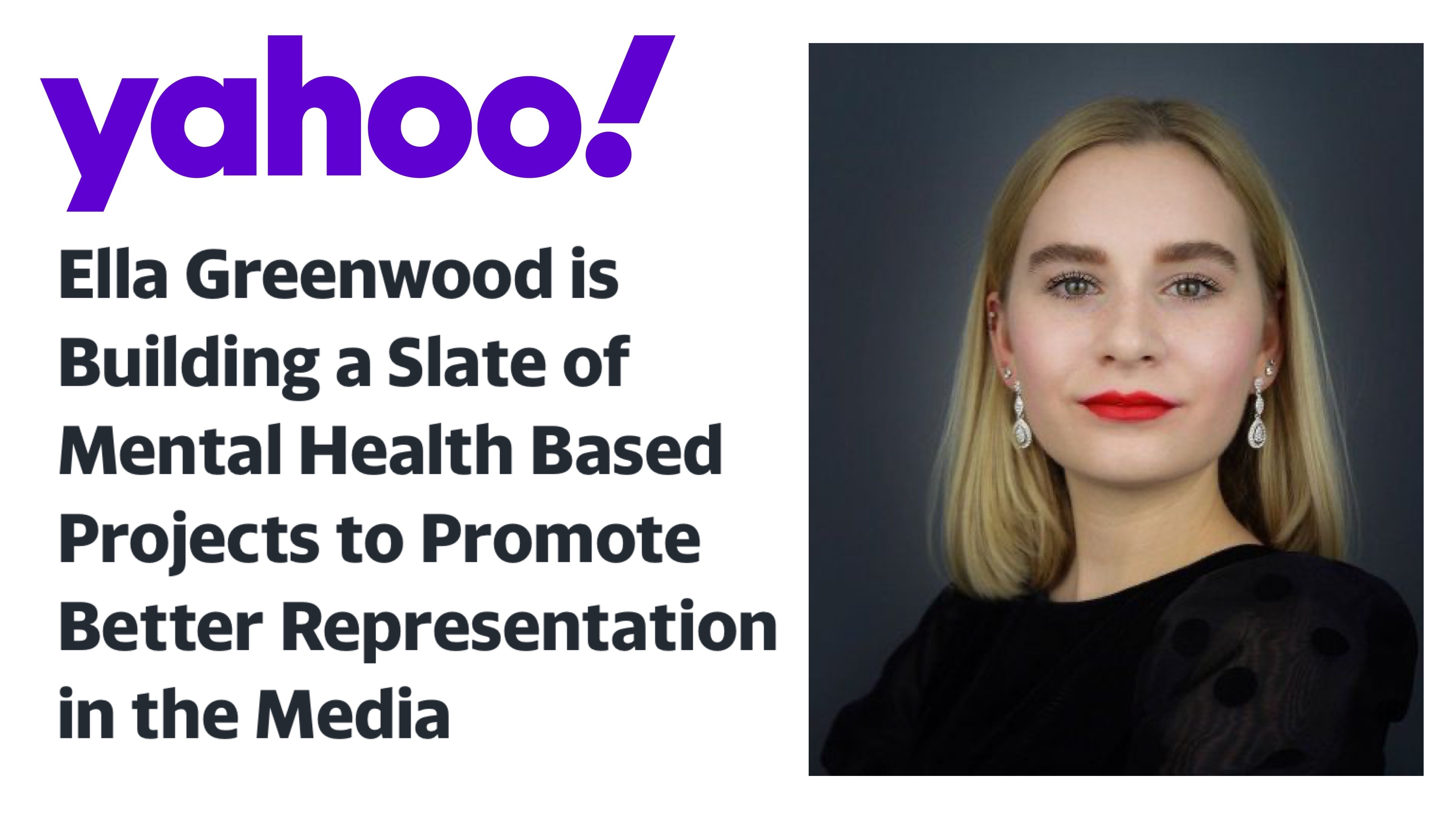 I’d love to have worked on a few features as well as a TV show. I’d also love to be in a position where I can help get other peoples’ stories made.

What has been your biggest success to date?

Something that meant so much to me was becoming an ambassador for the incredible mental health charity stem4. Going from a place where I struggled with my mental health, to now be in a position to try and help others is a wonderful feeling.

What do you hope to eventually achieve through Broken Flames Productions?

I hope that we will have made many great projects that people learnt something from or gained comfort from. That they felt represented by and just generally enjoyed watching!

I’m shooting a new film Smudged Smile this month, and I have a new film Why Wouldn’t I Be? in development so I’m looking forward to working on these!

What advice do you have for up and coming filmmakers looking to make a difference with their work? 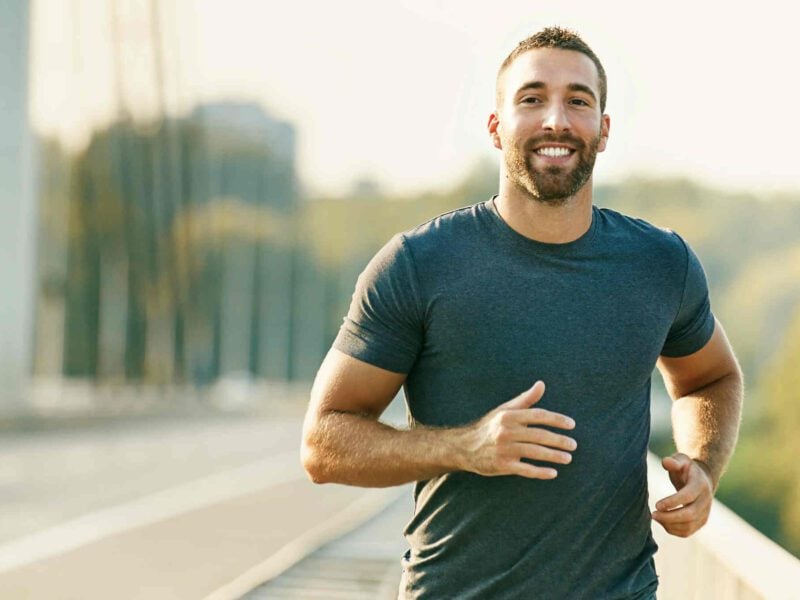