‘Bathtub Chronicles’: Dealing with the meaning of consent and more

The Bathtub Chronicles is a short film written and directed by filmmaker Rebecca Ruhm. The drama tells the story of Robby (Lia Mariele), a woman who arrives home from the mental hospital.

Robby is still feeling broken from being raped by an ex, but the film follows her wild healing journey. Robby’s therapist works to help Robby reconnect with herself, her parents, and her current boyfriend.

This emotional short film has also recently won the awards for Best Directing, Best Actress, and Best Producer from the Venice Shorts festival. 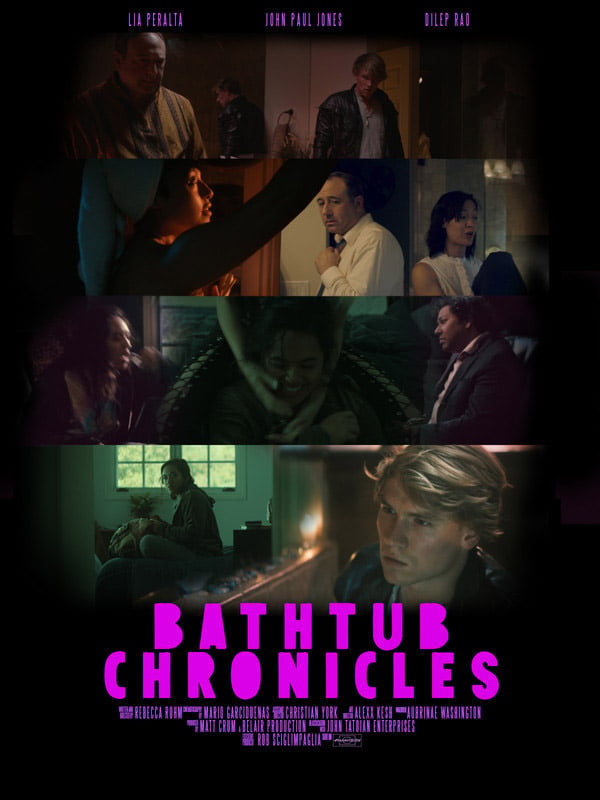 Bathtub Chronicles can now be found on Amazon Prime for rent or purchase.

Rebecca Ruhm started her college career working toward a double major in theater and physics, but eventually transferred to Scottsdale Community college to study screenwriting for television. She learned her craft using 16mm film cameras and had stylistic leanings toward the abstract & art house installations. Her thematic influences were movement, dance, science.

Ruhm eventually dropped out of college to accept her first feature film job where she worked as a behind-the-scenes photographer and videographer. Eventually Ruhm moved to Los Angeles in order to have more career opportunities as a filmmaker.

While working on projects filmmaker Rebecca Ruhm intentionally works to make sure everyone is included at the table. “The goal for every project is in building up individual artists and craftsmen involved, creating a textured and dynamic quality [for] each film project.” Ruhm also actively works to call out rape culture in all industires, and especially film.

“I wrote and directed this film because I wanted to talk about healing from rape, a personal topic, often taboo. And I wanted to talk about consent and how to even approach living after something like this. In learning deeper levels of consent, I was able to write this as an anthem for myself, with characters who are real and honest, and it has now flowered into this vulnerable, uplifting film that is embodied by [sic] really sexy and enjoyable.”