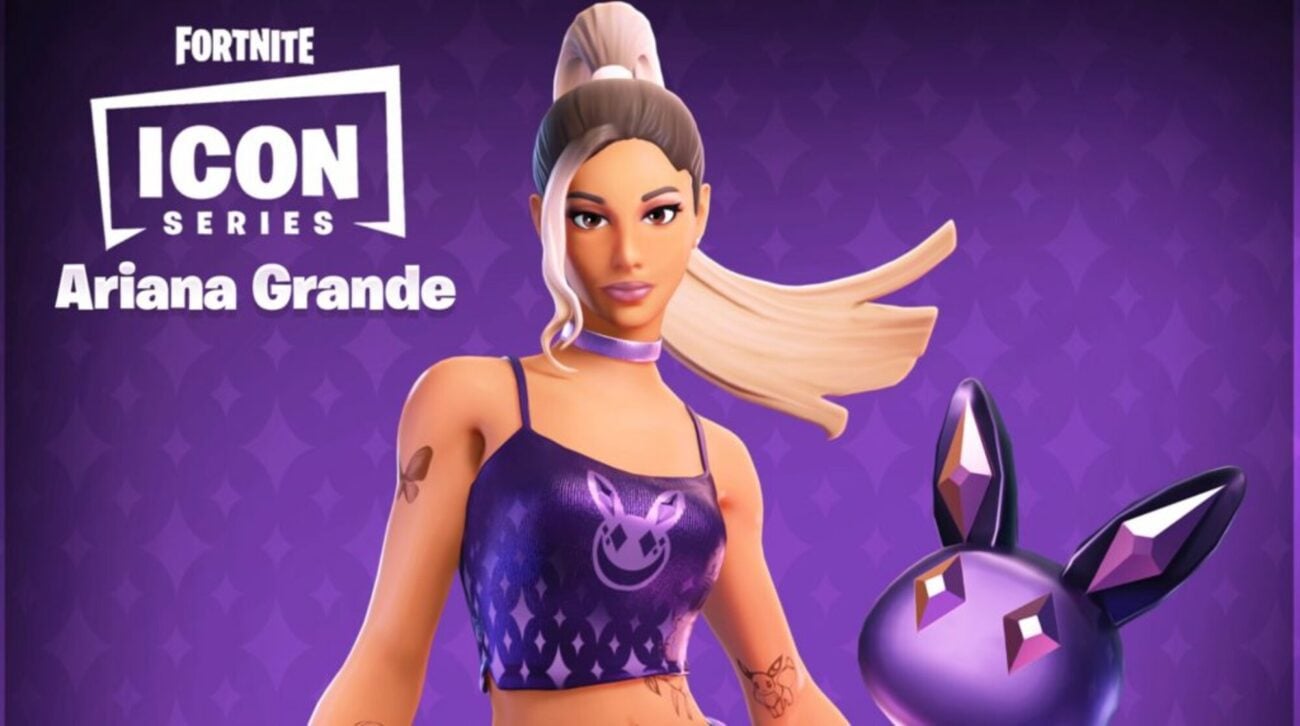 There has been tons of hype & guesses as to which chart-topping musician is going to take the Fortnite stage next in the new season of the game. While it may be pretty hard to top past performers such as Travis Scott or Marshmello, it’s nothing that pop star Ariana Grande can’t handle. On Sunday, the singer herself announced to the world that she was ready to take on the Fortnite stage. Find out all the details we know so far here.

It’s official: Ariana Grande is the mystery performer set to take the Fortnite stage. So when can we expect to see Ariana Grande perform in the new season of Fortnite? Well, the “positions” singer will be taking the stage during the video game’s Rift Tour concert series, which will include five shows that will officially kick off on August 6th and 6PM Eastern Time. The shows will continue on for the next two days and end on August 8th.

Per Epic Games, this new season of Rift Tour shows on Fortnite is sure to be exciting, as the company wrote: “Building on and incorporating other celebrated Fortnite moments, the Rift Tour will begin with experiences that pair popular tracks with moments based on elements from the game. Players will be able to travel side by side with their friends on a journey to magical new realities where Fortnite and Ariana collide”.

To ensure that folks from all over the world will be able to catch Ariana Grande’s digital performance, the Rift Tour will include five showtimes, with two listed in the Americas, one listed as Global, another in Asia and Oceania, and one listed for the European Union and Middle East. The company recommended “fans arrive in Fortnite 60 minutes before showtime, and the Rift Tour Playlist should be live 30 minutes before each show”.

We all can’t wait to see Ariana Grande perform at the highly-anticipated digital concert. Before the big show, Fortnite promised that players will enjoy tons of game-themed experiences that will pair some of the pop star’s hit songs with themes from Fortnite as users wait for Ariana Grande’s arrival on the virtual stage. You’ll also be equipped with a special gift if you go to the concert: a special umbrella glider!

As for those who are subscribed to the monthly Fortnite Crew subscription, players will also receive some extra bonuses for going to the show, which also include a rainbow variant of the umbrella from the concert. And of course, as we can all expect, Epic will also be releasing a skin based on Ariana Grande herself as part of the Icon Series, which includes other big-time stars such as Lebron James and Tyler “Ninja” Blevins. Yay!

Ariana Grande’s Fortnite skin will be available for purchase on the day of August 4th at 8PM Eastern Time. If you happen to get yourself some Ariana Grande skin, you can even show up matching with the star at one of her shows in the Rift Tour. If this wasn’t already exciting enough for Ariana Grande fans everywhere, the company has already released a preview of what her skin looks like, along with a backpack that is based on her real pet pig called Piggy Smallz. Just look at how adorable they are in the teaser video.

In the teaser, Ariana Grande sports long, pink hair as she wears a glamorous, shiny dress. Her animated pet pig, Piggy Smallz, bops their head along as they wear colorful sunglasses. We’re absolutely obsessed so far, and we can’t wait to see how the concerts go next week. We’re sure it’s going to be absolutely magical.