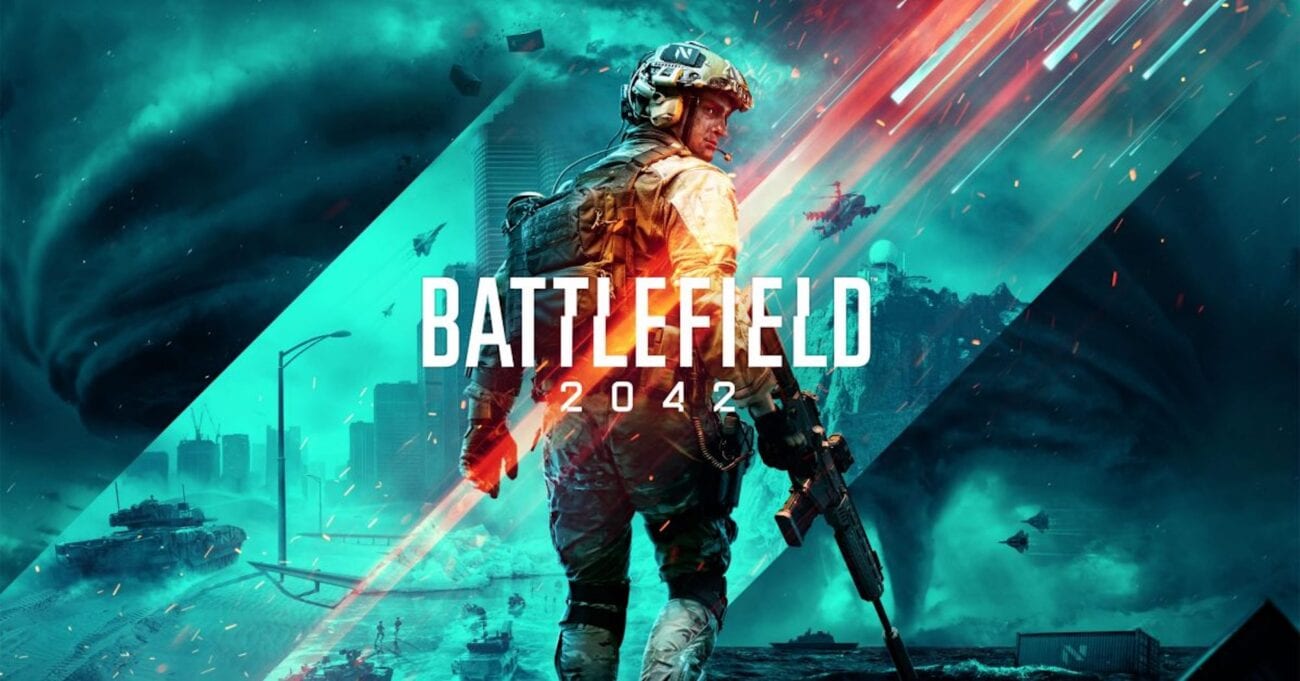 Fans of EA’s Battlefield got some excellent news today. The video game franchise is set to return with their newest game Battlefield 2042. In this near future game, players are in a world of rising sea levels, environmental collapse, and economic turmoil that have shattered nations. Now there are No-Pats, who fight for no country but, instead, fight for the salvation of the planet & self preservation.

The newest game from the Battlefield franchise has a larger focus on multiplayer combat, maps that can hold up to 128 players on current gen consoles, futuristic weaponry, and a gigantic sandbox to play in. With the trailer released for Battlefield 2042, fans of the franchise are amped to see what the new game will bring. Here are some of the best reactions out there.

Okay but can you pet it? #Battlefield2042 pic.twitter.com/L0xPVhmKbF

Do you really want to pet the gun dog though?

F in the chat

Battlefield is the newest game to smoke all those other co-op shooters. Smoke ‘em!

The fans want the new game

Seriously. Pack it in Call of Duty.

That is pretty unfortunate.

Must have been wearing a red shirt

It really does get bad fast.

The maps we saw are going to be dope!

No campaign! Only multiplayer.

Time to say goodbye to warzone, will miss it. #Battlefield #BATTLEFIELD2042 pic.twitter.com/OqW1eS7AzZ

See the exodus in real time

Hear me out… #BATTLEFIELD2042 with the Fast and Furious soundtrack 😍 pic.twitter.com/wocNvo1RVO

That is pretty boss

It does look awesome with the Fast & Furious soundtrack.

Are you not entertained??? #Battlefield2042

Time to find some new entertainment then

Is it October yet?