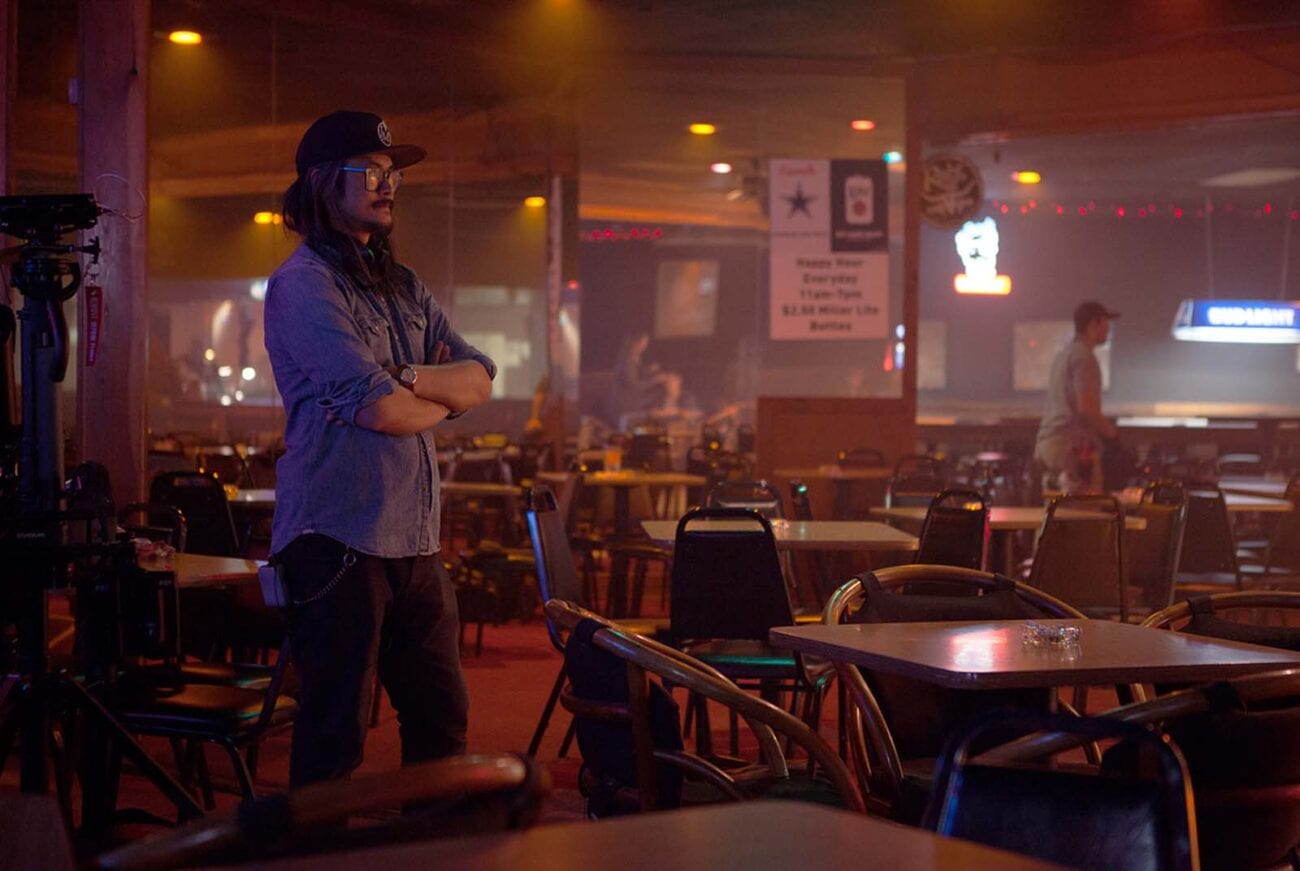 Interview with Van Ditthavong: Director of noir film ‘All Roads to Pearla’

All Roads to Pearla follows the story of a small Texas town. A high school wrestler becomes involved with a drifter and her ruthless lover, as their lives intertwine they also spiral violently out of control. The wrestler becomes her escort driver and risks everything to save her.

Van Ditthavong directed and wrote this feature-length film, which is also his debut film. All Roads to Pearla is set to be released in theaters and on multiple on-demand platforms September 25. You can find out more about the film and how to watch it on their official website.

Ditthavong was kind enough to answer some of our questions about the film and his career. Here’s what he had to say. 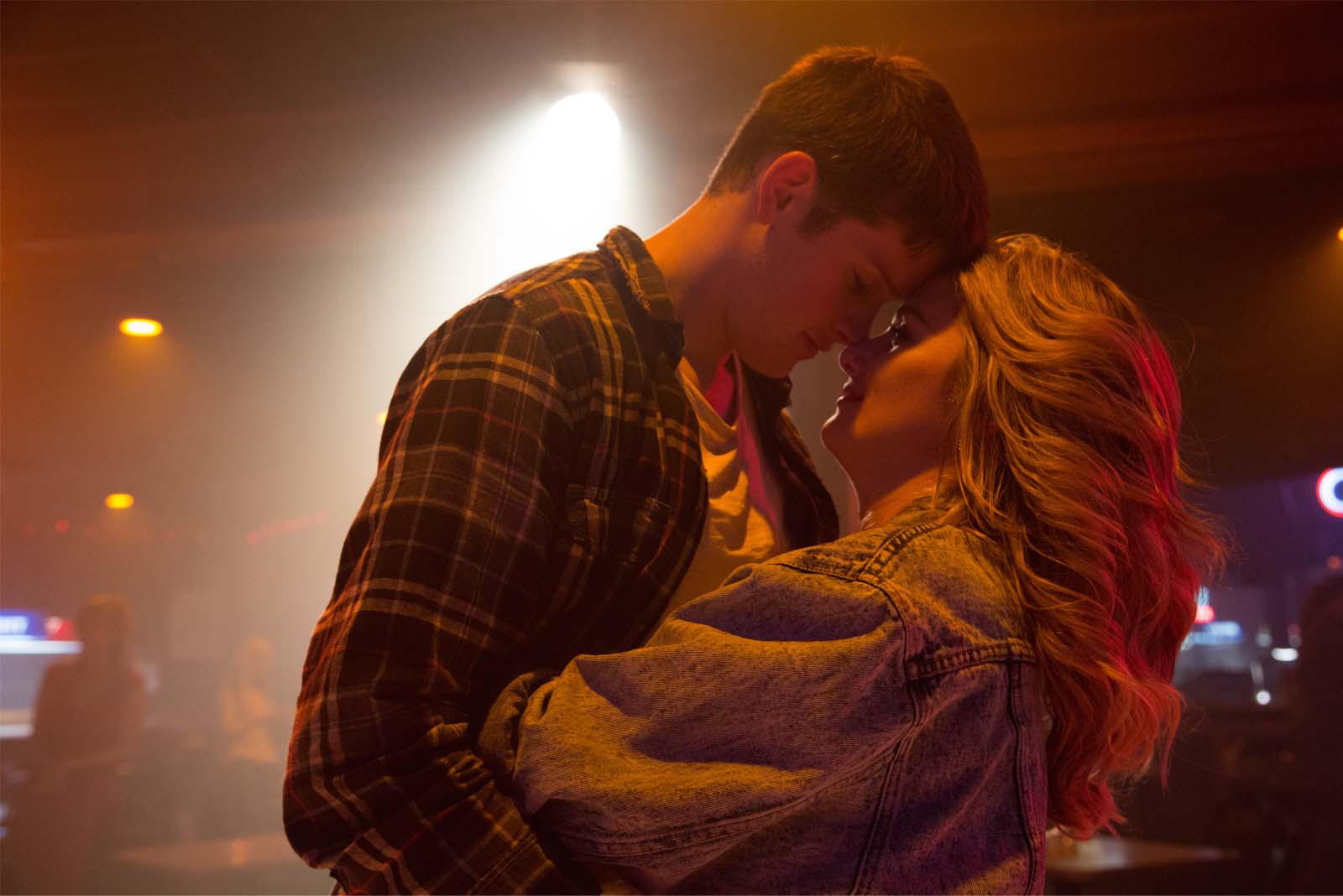 When I was 18 years old I didn’t have the courage to pursue what I really wanted to in college, so instead I stuck it out and got a business degree. Even though I secretly pined to be the next Emily Dickinson, Charles Bukowski, or Edgar Allen Poe – I knew the realities and blamed it on circumstance, laziness, and wishful thinking.

When I was 25 years old I just didn’t have the passion, so I quit my corporate job and spent the next decade trying to find it – working as a busboy, a floral designer’s assistant, a delivery person, a caretaker, and then an editorial photographer. My path was getting clearer as I discovered that creating visual stories was like writing poetry – it was all based on rhythms, compositions, message, and living life. I was moving towards a purpose and it felt great.

When I was 34 years old I finally didn’t have the fear, so I woke up one day and told my wife I wanted to make movies. Even though I didn’t know how to make a film, I knew I had something to say and that’s all that mattered. So I would spend the next decade writing, reading, and working on becoming a better filmmaker.

Was there any movie or TV show that inspired you to become a filmmaker?

I was a late bloomer for sure and really didn’t get into films until a later age. Even though I love movies like The Princess Bride, Forrest Gump, and Breaking the Waves – I didn’t have a specific film that inspired me to become a filmmaker.

I think eventually I was more attracted to the medium as a way to tell stories. It incorporated all the elements that I loved separately and wasn’t that great in – like music, writing, image-making, editing. One day decided I [sic] wanted to give it a shot, then just fell in love with the process and the possibilities.

You started out as a photographer, how did you transfer those skills over to filmmaking?

Fortunately, the transition from being a photographer to filmmaker was rather seamless for me. The skills I gained being a photographer has really influenced how I write my screenplays. I love to visually set the world up in my scripts so I can establish a sense of place that heightens the stories and characters.

Also, I believe having experience with lighting and cameras really strengthened my understanding of the worlds I wanted to create and the cinematographers I want to work with. It definitely gave me a background and confidence to better communicate my ideas with the art and camera departments.

I’m an intuitive filmmaker and rely a lot on “feeling.” I follow my gut more than my intellectual or rational side. That’s how I feel I can establish the tone of my films and adapt to challenges better. I’m attracted to aesthetics and performances that help heighten reality and showcase emotionally damaged people.

This guides my stylistic choices, blending genres if needed. Creating stories through strong visuals and wild imaginations – I want my films to be raw and heavy like oil paint. Dripping with Love and Pain.

Do you listen to music to help you create?

Yes I do but selectively, especially during the writing process. When I get stuck or need to set a mood, I throw on some tunes to help create atmosphere and tone. I also use music and lyrics to help me find inspiration for themes and scenes.

My very first film I worked on was a short film in 2006 called The Grass Grows Green directed by Jesus Beltran, which premiered at the 2007 Sundance Film Festival. I was one of the still photographers on the set. It was my first experience on a film set and saw first-hand the enormous amount of work cast and crew were doing to make a film happen.

Have you ever worked with mentors before? Would you recommend them for up and coming filmmakers?

I always wished I had a mentor when I first started but never was able to find one. So I just plowed away making mistakes left and right and researching, reading as much as possible. However, I would definitely recommend having one if you get a chance. There’s nothing better than having someone to help guide you as you try to find your footing in this industry. 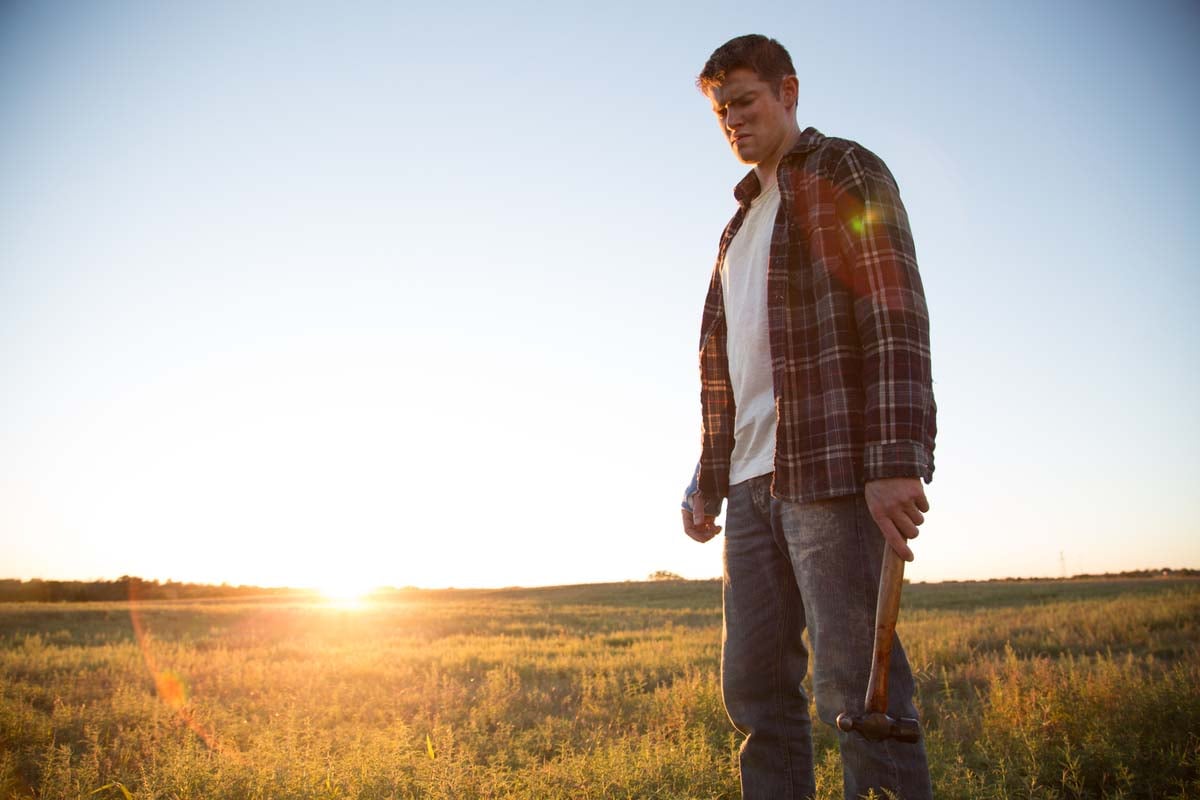 What was your experience like directing All Roads to Pearla?

Amazing. Challenging. Physically and emotionally taxing. Everything I could have imagined and then some. I realize it’s a special and privileged place to be when you get to make a film. So many people put in their blood, sweat, and faith in this project and I am forever grateful. I can’t wait to do it again.

You tend to wear multiple hats while working on a project. How do you juggle so many roles?

I think that’s really out of necessity when you are starting out or trying to prove yourself. Wearing so many hats becomes just part of the job. I was the writer/director/producer and one of the editors of All Roads to Pearla because that’s what I did for my short films.

To me, being an independent filmmaker really means doing whatever it takes to get it done. Learning how to edit. Learning how to write. Figuring out financing. If you’re waiting for someone to come along to save you, you might be waiting for a long time. I’m not that patient. Heck, or maybe I’m just a control freak!

What inspired you to work on All Roads to Pearla?

Texas always had this mythical appeal to me. It has the allure of the unknown and the intrigue brought on by stories of outlaws, gunfighters, and cowboys. I lived in the Dallas Fort Worth area during most of my 30’s and having personally traveled to nearly every part of the state for work as a photographer, that appeal has only grown in size.

It goes way beyond the stereotypical ten-gallon hats and oil money stigmas. Texas has deep history and incredible mystery. It’s impossible to not be inspired by the people, land, and culture.

All Roads to Pearla is my ode to the darker side of Texas and my answer to what happens when your definitions of love, lust, and loss all blend together.

All Roads to Pearla is your first feature. What did you take away about working on features vs. shorts?

They are two very different animals: shorts vs features. The process of making a feature film is extremely laborious. The amount of fires you have to put out and the length of the shoot can be overwhelming. That’s why surrounding yourself with amazing and hard-working teammates is extremely important. 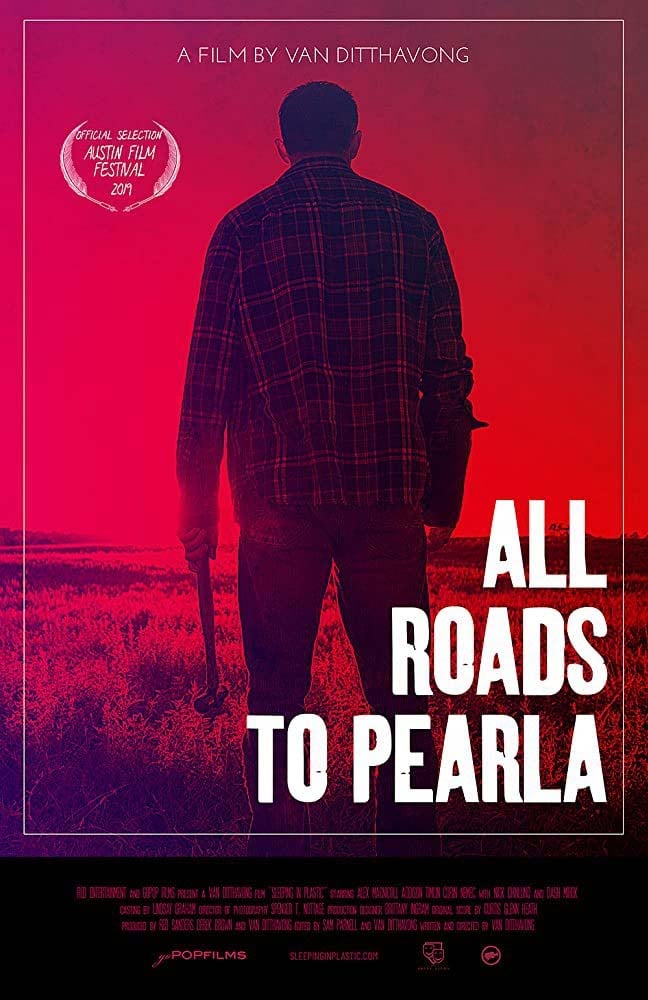 Currently, I’m developing a few projects I’m really passionate about – one called Jesse Garon, a psychological thriller about a fractured musician who tries to overcome the death of his girlfriend, but falls prey to his declining mental health. Additionally, we started a commercial division of goPOP FILMS that represents some of the most exciting commercial directors today.

Could we see any episodic television from you soon?

Oh I hope so! I would love to get into that space. I currently have a TV pilot my reps at Zero Gravity Management are pushing. It’s an atmospheric drama called Bulldogs. Hopefully, we can get some traction on that, so fingers crossed!

Wow. Tough choice. I would probably pick Stanley Kubrick. I would love to see the beautiful frames he would come up with and how he would narratively push my story towards the edge of madness.

Are there any indie filmmakers we should have on our radar?

Oh yes! Dutch filmmaker Yfke van Berckelaer is a real talent and her #MeToo horror short film Lili has played over 50+ film festivals over the world and won its fair share of awards. You can watch it on ALTER, home to many brilliant and innovative horror films from the world’s best-established filmmakers to up and coming creators. And on top of that, Yfke’s just such a great person. I’m also honored that I’ll be producing her first feature film Fosfor! 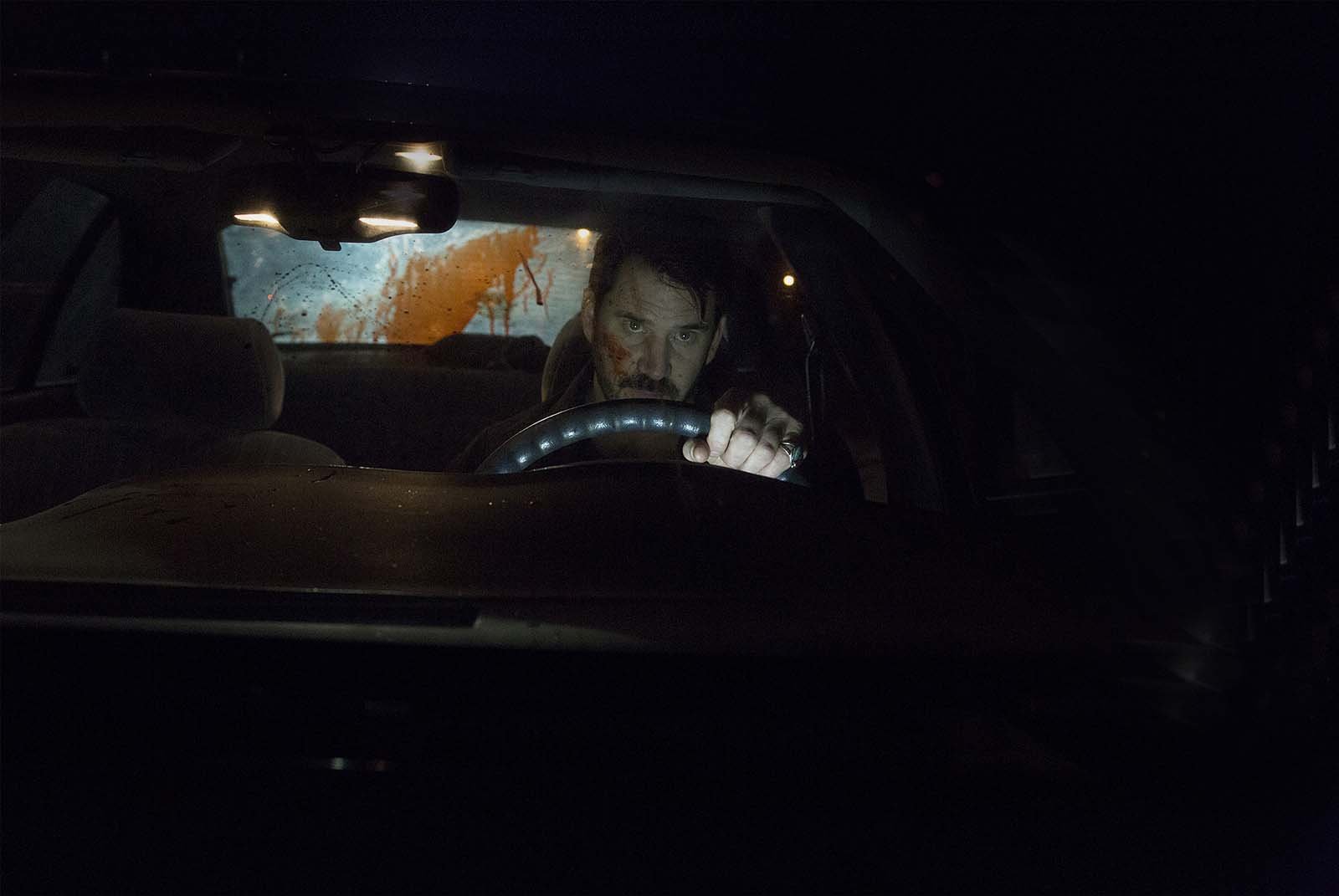 I hope to remain healthy, happy, travel a bit and tell a few more stories.

What composer would you choose to compose the soundtrack for your life?

Jonny Greenwood. I know I would be in good hands with the person who created that magical score in There Will Be Blood. No doubt about it.

The Breakfast Club. You can’t go wrong with John Hughes. But if I had only one movie for the rest of my life to watch, I want something that has it all: dramatic, funny, heavy, light . . . but most importantly nostalgic.