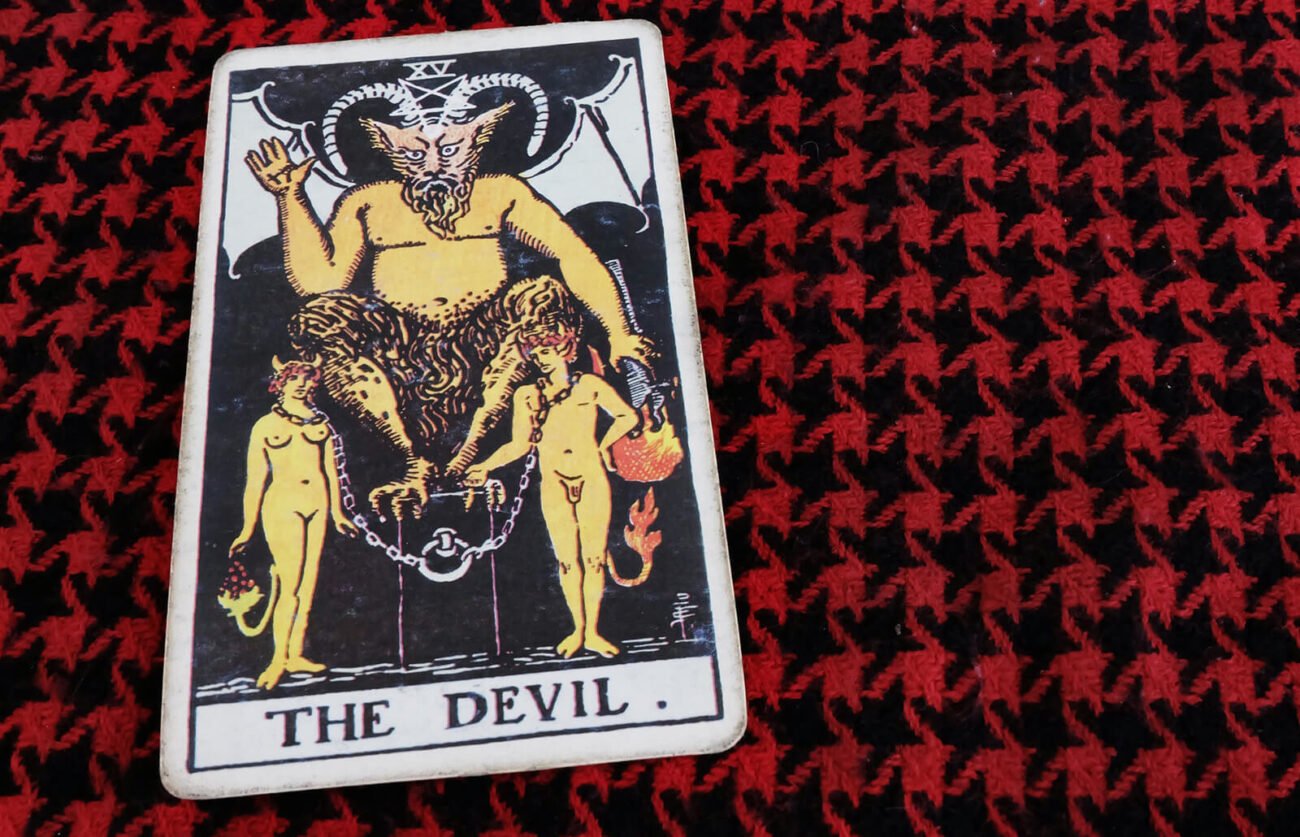 Now that we’ve talked about the structure of the tarot deck and covered the basics of what each suit means, we can take a closer look at a topic we started to cover in Understand the meaning of tarot cards: Here’s a guide to the decks.

We talked about one of the scary-looking Major Arcana tarot cards, and that is the Death card. But we’ve barely scratched the surface of scary looking and scary sounding cards in the Major Arcana.

How warm and fuzzy does “The Devil” sound? Not so much, right? As it often is the case, that fear is mostly based on misunderstanding and taking things at face value – much like the case was with the Death card. We’re going to take a closer look at this scary Devil card so you’ll be able to see it as the blessing it can be and make the most of it when it comes out in a reading. 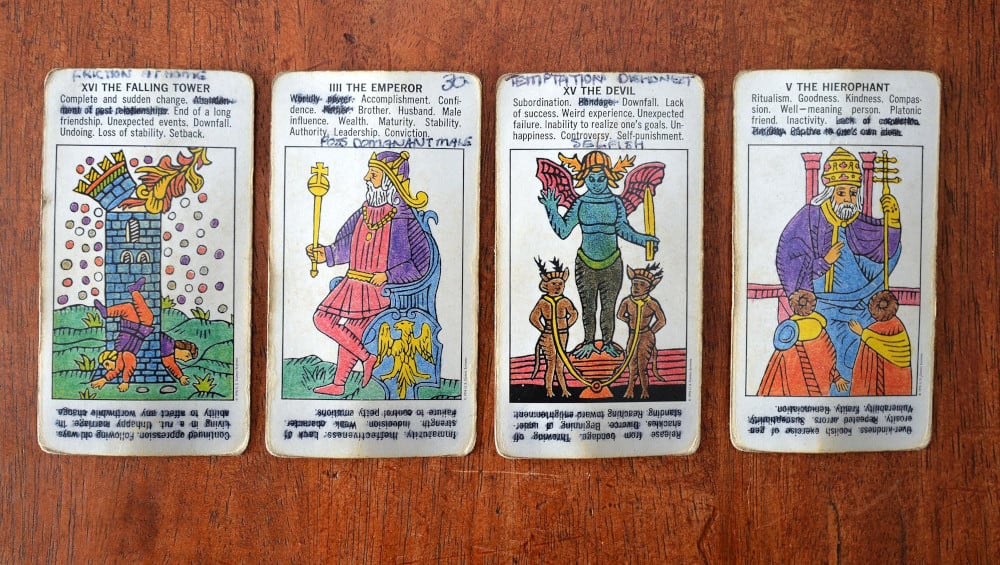 Upright vs. Reversed or Light vs. Shadow

The first step in fully understanding the meanings of these cards is to get a good grasp on the notion of an upright versus a reversed card or a light meaning and a shadow meaning of a card. 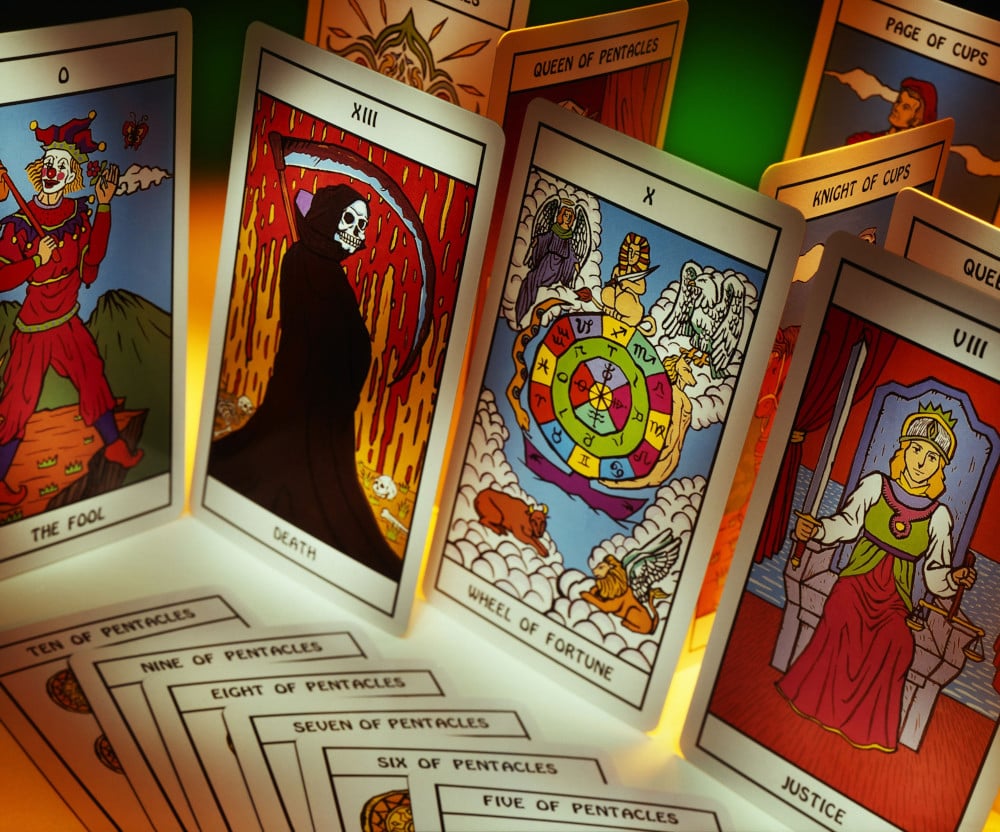 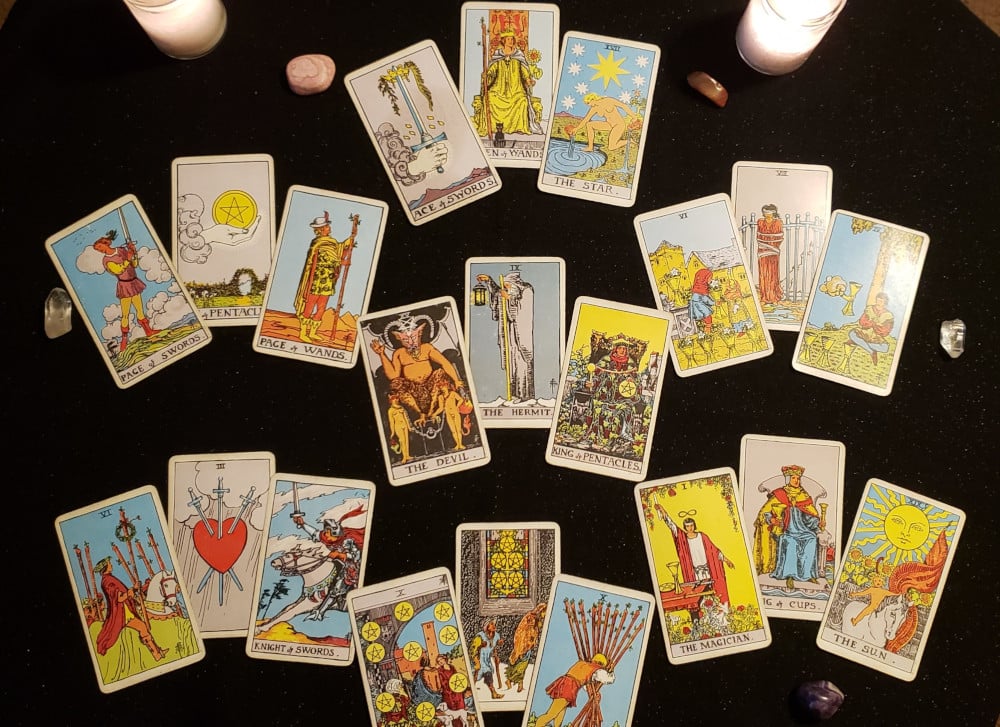 Some readers don’t read reversed cards. But they always perceive and read the light versus shadow side of the meaning.

Now we’re going to take a look at both meanings of this Devil card. Working with the upright/light versus reversed/shadow message is going to help you see The Devil in a different way. 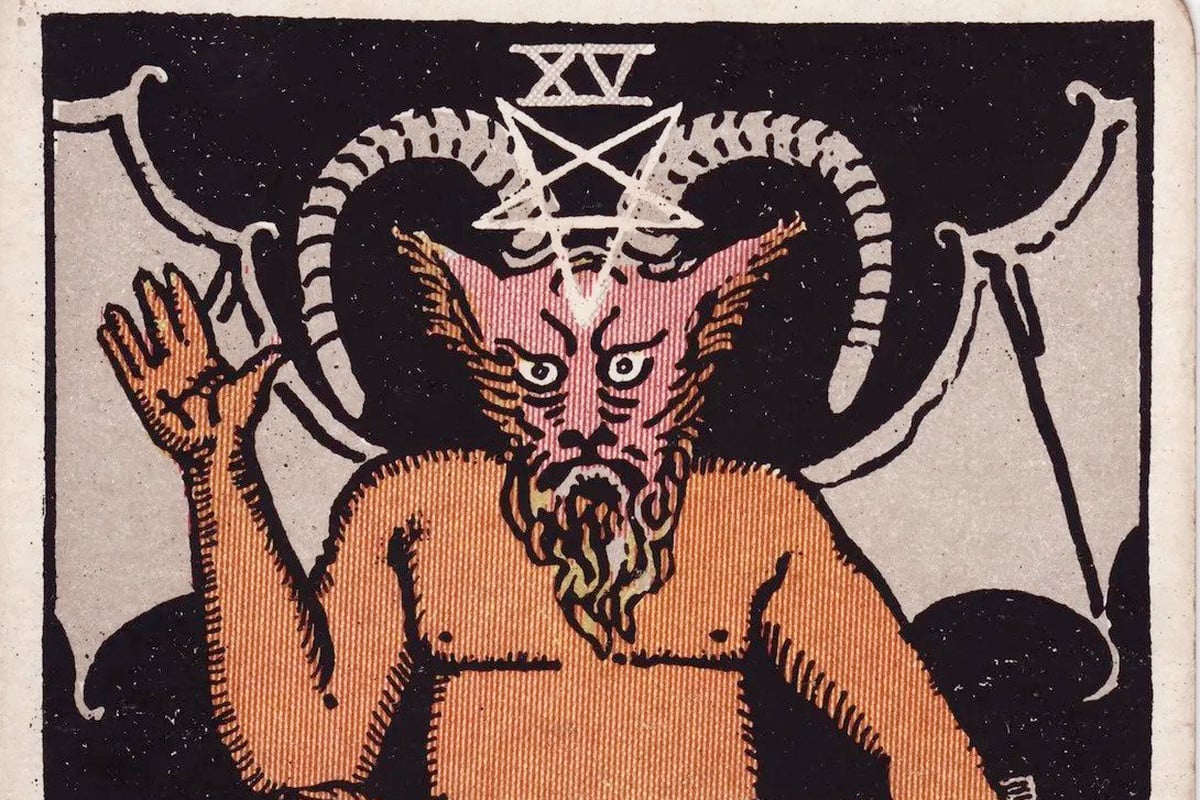 The Devil card’s shadow or reversed meaning is the most immediate thing that comes to mind when you look at the image itself. It’s striking and definitely scary to see a horned creature, flames, and chains. 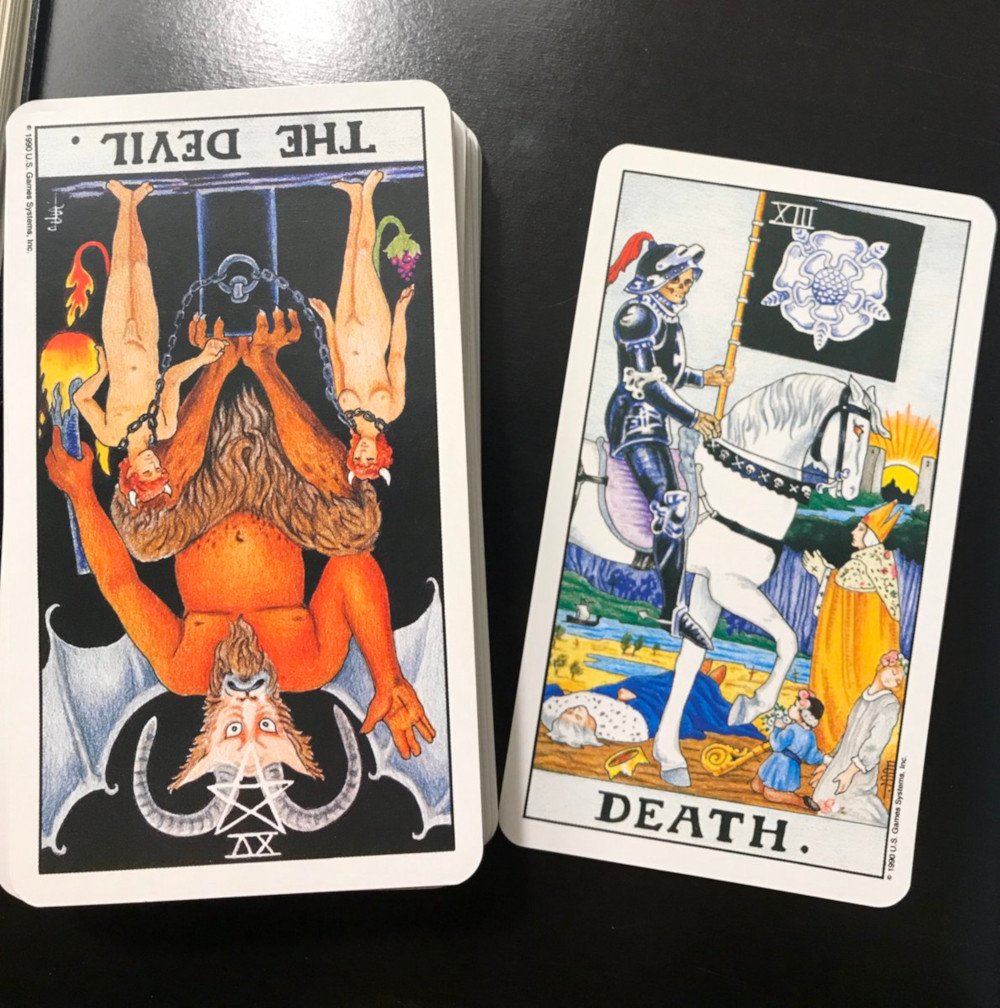 The shadow message is that of addictive behaviors and habits and restraints that we make ourselves prisoners of (hence the chains). It’s a card that also talks about toxic connections, our toxic or shadow self and reflections of that in different parts of our lives.

It’s important to keep in mind that these restraints can be overcome, outgrown, or released. The shadow or reversed Devil card is telling you that you’re not allowing yourself to get out of that toxic cycle. 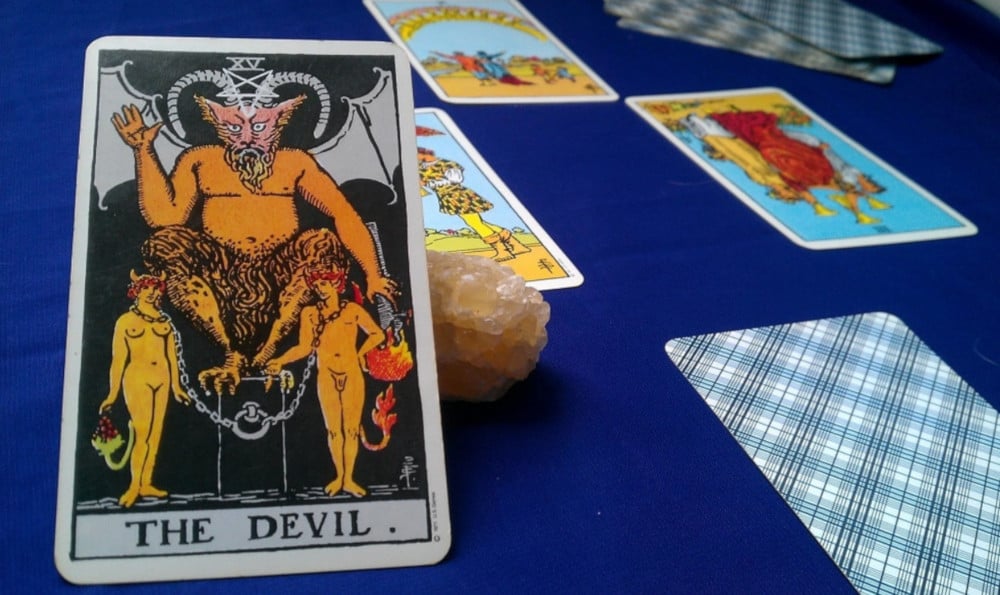 And here’s where the light or upright message of The Devil comes in. These toxic, negative, self-destructive, addictive behaviors or connections can and will be overcome.

The upright card says you are gathering your resources and knowledge and empowering yourself to get out of the toxic cycle that you have been caught in. 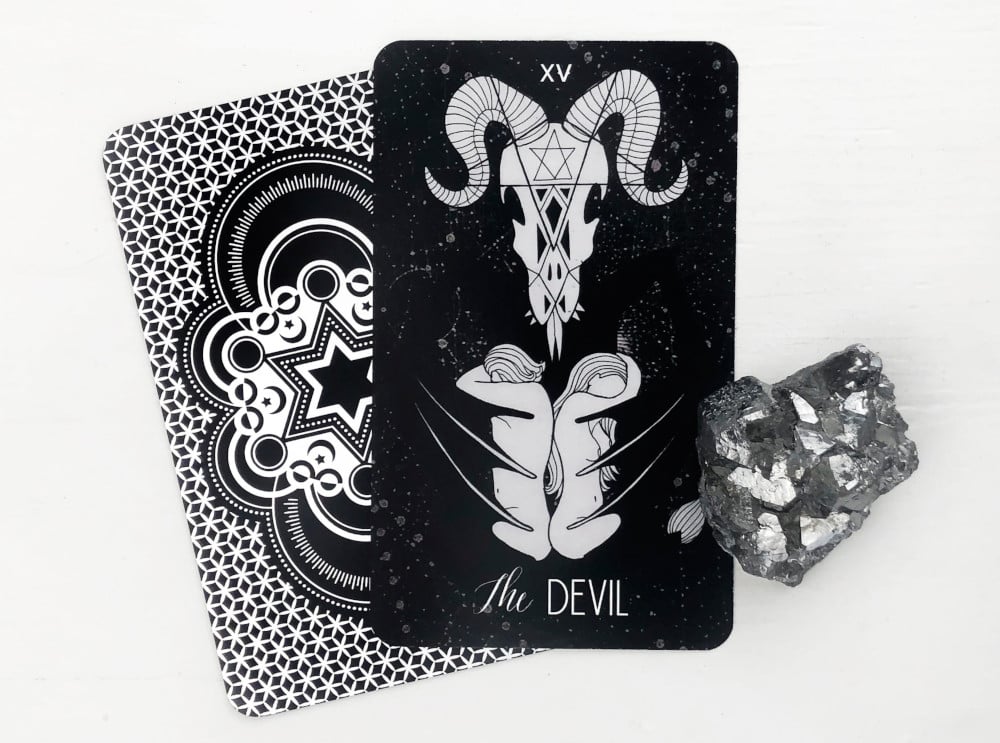 Scary Major Arcana tarot cards are a message that need to be taken seriously. That’s why they look so imposing: they are meant to shock you into paying attention to that aspect of your reading.

But now that we’ve talked about the light/shadow meaning of a couple of them, you’re able to make the most of that message in order to grow. 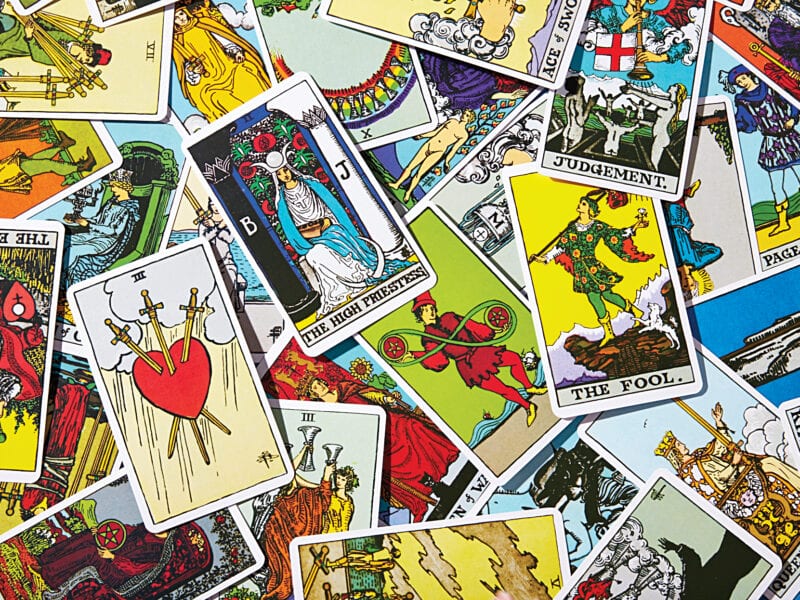 Understand the meaning of tarot cards: Here’s a guide to the decks