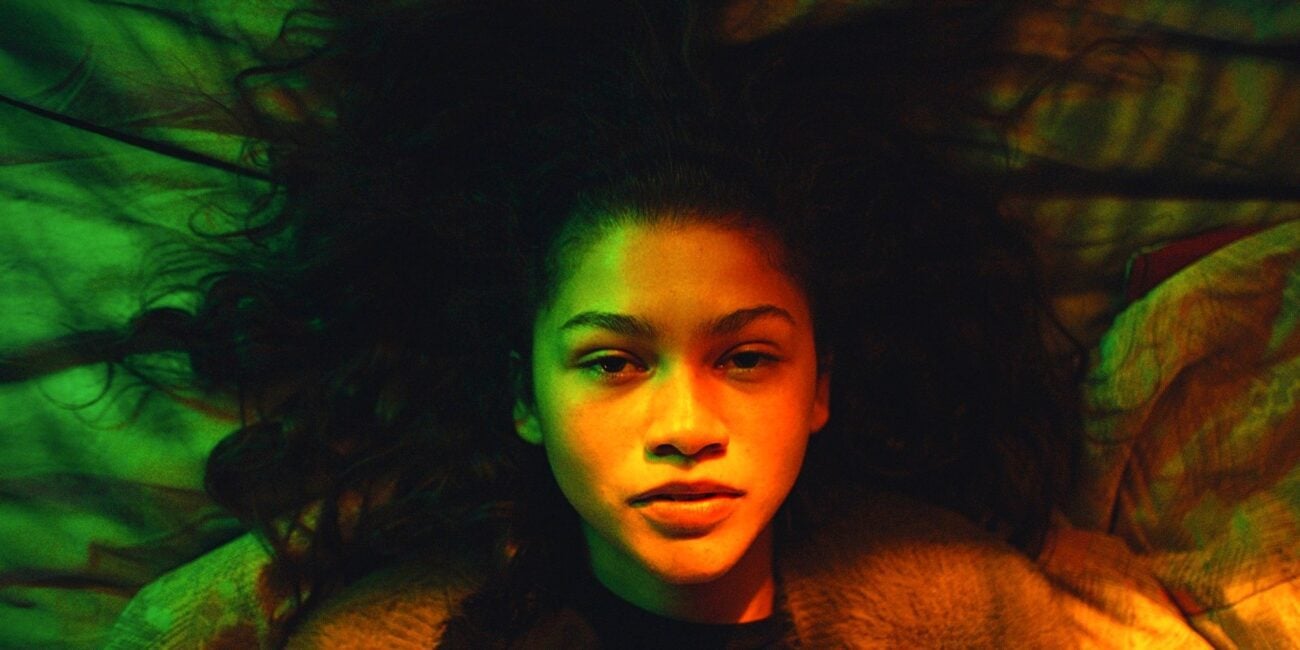 After a long-awaited two-year hiatus due to COVID-19, Euphoria returns with season two. The HBO drama, created by Sam Levinson and produced by rapper Drake stars Spider-Man: No Way Home and Dune actress Zendaya as “Rue,” a teenage drug addict recently out of rehab after a near-death overdose. Although Euphoria may seem like a teen drama on the surface, the show candidly shows addiction and substance abuse hardships.

Film Daily caught up with substance abuse expert, recovered addict, and Stillwater Behavioral Health treatment center founder Nicholas Mathews to discuss what the episode got right and wrong about addiction. 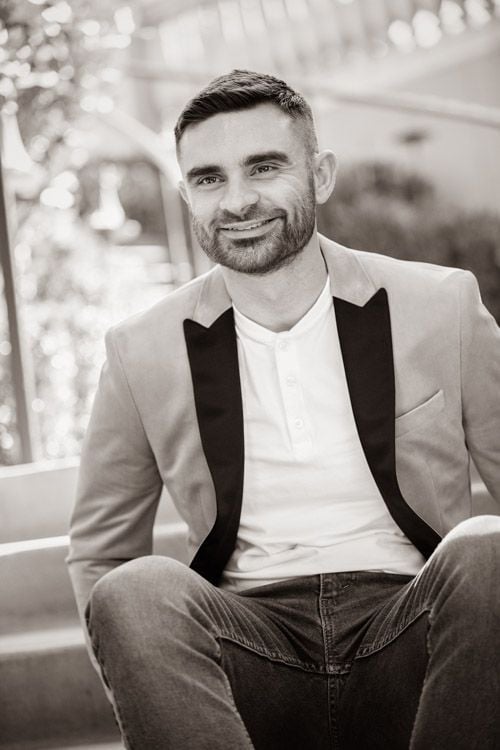 What does Euphoria season two episode one get right? Which real-world consequences of addiction portrayed in the episode are most common?

Thank you for speaking with me. I’m not only a substance abuse expert and recovered addict but a genuine fan of Euphoria. I watched season one religiously!

Season two, episode one was fantastic. We have to realize that experimenting with drugs is common for teens, but there’s a difference between experimenting recreationally and being a drug addict. Elliot, played by Dominic Fike, is an excellent example of a teen who isn’t an addict – at least not in episode one. He’s just a kid who likes to have fun. Then the main character Rue, played by Zendaya, walks in on him doing drugs in the laundry room at the New Year’s Eve party, and she’s an absolute drug addict. You can see the subtle differences between the two characters.

Rue has no fear of consequence, which is a common trait for addicts and a big theme in episode one. This theme hit hard in the laundry room scene. They’re doing drugs, and Rue casually asks Elliot to count her heartbeats. She felt like she was going to die and giggled about it. Her solution to this near-death feeling was requesting an Adderall from Elliot to help stabilize her heartbeat.

This scene resonated with me because that’s how people knew I had a problem when I was an addict. When we were using drugs, and it got dangerous, I wasn’t afraid, and my friends would have to stop and tell me it wasn’t cool. They took it seriously, whereas the people who didn’t take it seriously would continue to risk their lives and see how far down the rabbit hole they could get. If someone starts to overdose and gets scared, that is good. It means they’re still intact. The ones who are unafraid in these situations need support.

What did episode one get wrong? What storylines have been sensationalized for the sake of good TV?

There’s a storyline where the character with the bloody nose, Brian, takes Fez, Rue, Ash, and his girlfriend to a drug deal without getting it cleared by the dealer first. The four are kidnapped and strip-searched to ensure there isn’t a wire on them. I used to sell drugs, and that is so unlikely. I’ve never seen a situation where a dealer requires buyers to remove their clothes altogether, so that is unbelievable, and it’s common knowledge to never bring strangers to a drug deal without clearing it by the dealer first.

However, the authentic part of the drug deal scene was how it depicted Rue’s total lack of fear and consequences. She’s still a human being who cares about her girlfriend and doesn’t want to die, but Rue will never admit that she got herself into that dangerous situation because she was there to get high. And after they left, she celebrated and laughed about it like, “That was the craziest shit I’ve ever experienced.” Rue almost takes pride in the fact they almost died.

But that is an excellent example of how the episode depicted the power of an addict’s lifestyle. That conversation is missing from the narrative. When you’re an addict doing sketchy, illegal things with friends, it can feel fun and exciting, but there are real consequences. 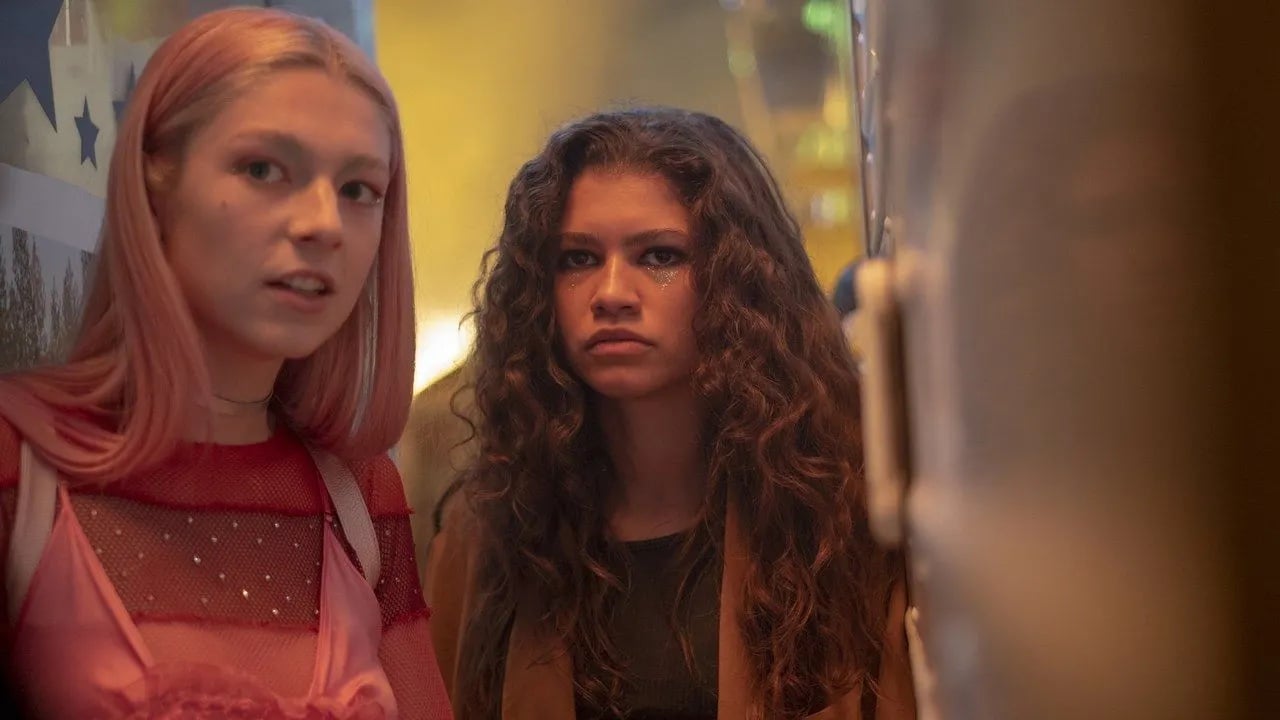 What scenes or storylines did you resonate with the most and why?

I resonated with Fezco’s backstory. At the New Year’s Eve party, Cassie’s sister Lexi asks why Fez sells drugs that kill people, and he immediately justifies his behavior. What he said was powerful. He told Lexi that his grandma died of diabetes but that no one goes after fast-food companies for contributing to diabetes and obesity. And when he says that, you believe he believes that.

The writers did a great job humanizing him. You would assume that he and his brother, Ash, are the villains of Euphoria. Yet, they’re two of the nicest, most decent characters on the show. Fez, specifically, is kind to everyone and has the most integrity. Lexi even tells him that their conversation is her most genuine conversation of the night. We often label people by their upbringing or choices. Still, sometimes their circumstances provide an untraditional skill set–like being a good drug dealer–necessary to take care of their loved ones. We see this in how Fez takes care of his brother. There are characters on that show, such as Rue, who are growing up more “normal” than Fez. Yet, it’s Rue who ended up spinning out of control and addicted to drugs.

Fez grew up in a wild environment with an awful grandmother, and he’s still part of that lifestyle. However, he’s not the same kind of addict as Rue. This parallel is an example that addiction does not discriminate against anyone. Just because a kid is a burnt-out drug dealer who only knows this lifestyle doesn’t mean he will be an addict. Just because you’re a wealthy kid from the suburbs doesn’t mean you’re not going to be an addict.

As a former addict, I remember people like Fez who sell drugs but go to church every Sunday and aren’t addicts. Addiction doesn’t discriminate against anyone. I knew people who grew up in a trap house, and by the time they were eight years old, they could measure out cocaine bags and administer Narcan due to the environment in which they grew up. I’ve seen people with similar upbringings get 4.0s in high school while still living in a trap house with family members addicted to or selling drugs. They end up going to college or business school. And then I know people who had everything growing up and played football in high school or were popular, and now they’re strung out on heroin as adults.

It’s not about our environment; it’s about us and how we exist in the world. It’s about our character defects, our own need to escape our lives, and our tolerance for stress and anxiety. We cannot rely only on real-world solutions to spiritual and mental problems. Self-care and having a mental health practice are crucial.

How did you overcome your own addiction?

I had to learn how to take everything moment by moment to overcome my addiction. I know it sounds cliche, but it’s true. Changing everything about yourself and how you interact with the world, takes a ton of effort. You’re finding a way through each individual moment by asking the question, “How do I get through this, as the person I want to be, instead of the person I am?” You’re creating new habits and muscle memory. Then, one day you realize you’re the person you need to be, and you can stay sober.

Tell us about your treatment center that helps others overcome addiction?

Certainly! I did consulting work with other rehabilitations for six years before establishing Stillwater Behavioral Health. I got a close-up look at what worked and what didn’t regarding traditional treatment. It’s based on my own experience and my relationships with addicts and alcoholics. I know the structure that will serve them best, and I understand that compassion always trumps criticism and discipline. I wanted to design a rehabilitation center where people have the resources they need to heal. Addicts and alcoholics who are still suffering need a culture of care and compassion to be free of judgment and feel secure to open up. Only then can they accept who they are and grow into who they want to become. 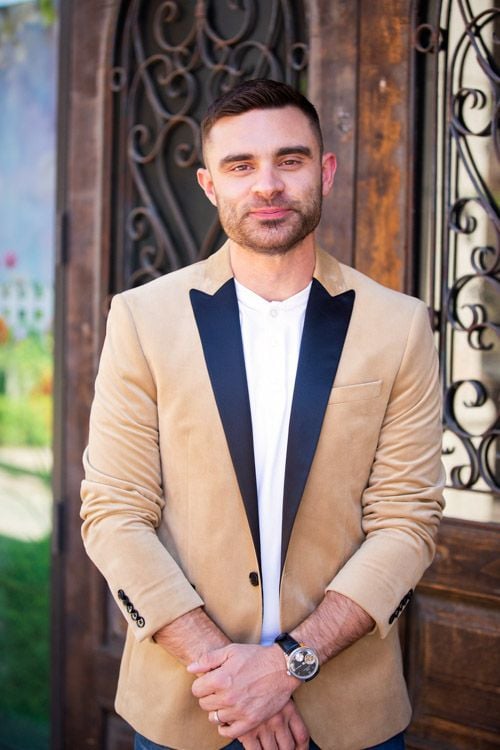 What advice would you offer to someone currently struggling with addiction?

It’s impossible to hold on to what you have unless you learn to give it away. You have to be willing to be there for others without thinking about yourself. It’s always good to be reminded that your problems are not the most significant problems in the room. The most important thing I realized was that I was not a victim. I’ve never been truly victimized. I played the victim because it let me justify my behavior. The moment I rose above that mindset and took control, I experienced a level of freedom I hadn’t known before.

As seen on KMVT-CBS in Idaho, KSBY 6 in California, and Pharmacy Times, Nicholas Mathews is a founder of Stillwater Behavioral Health, a Dual Diagnosis treatment facility that personalizes care to help those struggling to recover from substance addiction and mental health disorders. Mathews abused opioids at a young age before becoming a heroin addict at age 16. It was only when he developed a life-threatening liver condition that he realized he needed to get clean.

After succeeding, he dedicated his life to guiding others into sobriety,becoming a consultant for various treatment facilities. This work made him determined to fix deficiencies in clinical care and boost the overall effectiveness of treatment programs. That’s when Stillwater was born. He intends to grow the facility to help even more people regardless of their socioeconomic background. He currently studies at Harvard Business School online.