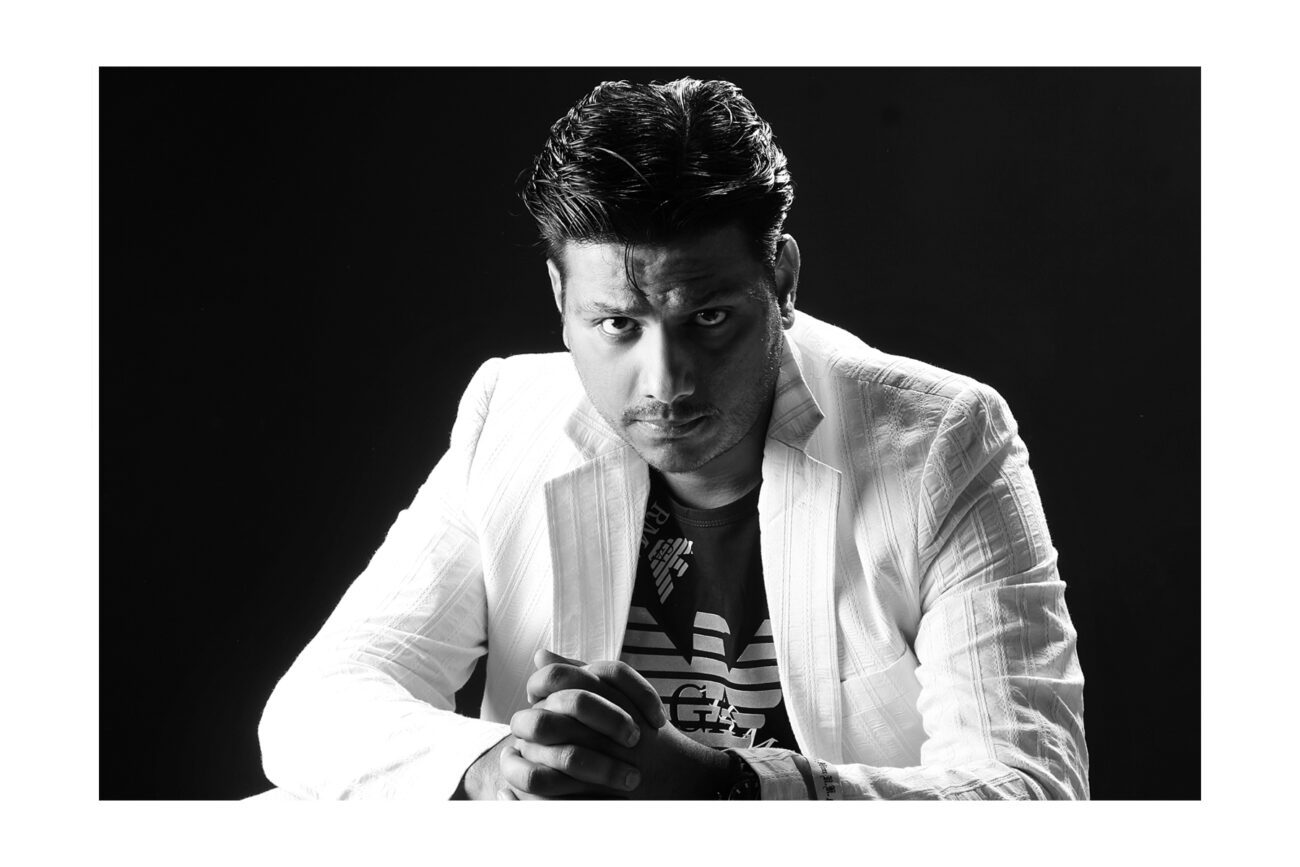 Some filmmakers specialize in a single genre, while others explore every possibility that film has to offer. Mukesh Asopa belongs to the latter group. His work ranges from horror to comedy to romance, with a little mix of everything else in between. Asopa has won dozens of awards for films like Zombie Beach and Depth of Pyaar.

Mukesh Asopa’s most recent project is Bloody Romeo. Like much of his work, the film defies classification by genre. It borrows elements of dark comedies, thrillers, and romances to create a truly unique experience for its audience.

Asopa took some time away from his work on the film to speak with us. We asked about his history, how to manage working different roles on a film set, and what the world is going to see from him next. 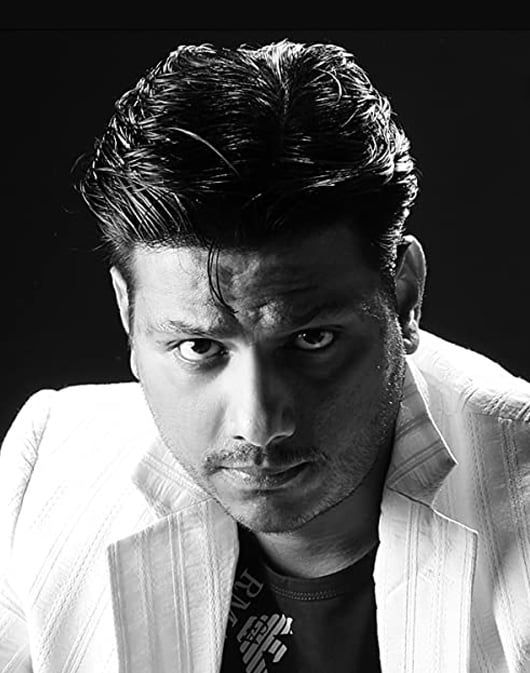 What was it that first made you fall in love with filmmaking?

As far as my childhood memories goes I grew up watching some interesting Black and White movies in Bengali of the only Oscar winner from India – Satyajit Ray. I also remember the black outs in between while finishing a movie. My childhood was in Calcutta in India and so I am fluent in speaking Bengali, Hindi and English.

Even though I was good in studies and was always up-to-date with my school homework, my love for films started as a little kid and I knew I will be pursuing the film career .

Later as I grew up I got to watch some amazing Hollywood movies specially the action ones from Sylvester Stallone- Rambo Series.

My 1st Hollywood movie was “The Basic Instinct” in theatre when I was in my High School. There used to be a well known theatre called Lighthouse in Calcutta where I watched my 1st Hollywood Movie in the Theatre.

I was always fascinated with the art of film making and a passion to become an actor and a filmmaker in Hollywood.

Can you tell us about how you got your start in acting?

When I was growing up with my brothers, Cousins and friends there was this interesting game we developed where we actually play various characters from movies we use to watch or actors we got inspired from, later we started developing our own stories and for days we keep on performing on those stories just like real theatre and perform various actions some were very serious in nature like jumping from heights, biking and fight scenes. That whole process was one of my favourite games after Soccer.

After finishing my Degree from University of Calcutta When I moved to Delhi with my parents I joined the acting Guru of India Sir Barry John and the Certification from there was full of creative learnings and knowledge which not only developed my skills as an actor but also as a filmmaker to understand the deep roots of  this unique creative world and its value. Sir Barry John is known for training some very well known Directors and Actors in Hollywood like Mira Nair and Freida Pinto of the Slumdog Millionaire Fame. The world famous Bollywood Super Stars are also trained by him.

When did you know that you wanted to take the leap from acting to directing?

After moving to North America and visiting Hollywood a few times and working in a few Canadian Productions in Toronto I found myself in a very strong position to get into film direction to tell my own stories as a skillful film director. I was able to collaborate with Crew and initiated my own projects to tell stories which are not being told before or in a way which in itself are unique to be seen on the big screen. I found out soon that Directing is very much satisfying with acting.

Has becoming a director changed your approach to acting?

Yes, It is like flying a jet after driving a car for years.

More responsibility brings more authority and more creativity. Also my skills for taking Direction and my skill for Directing an Actor both were tested on its extreme on set which added to my skill development as a filmmaker. More deep I dive into it more skills I got sail through it. 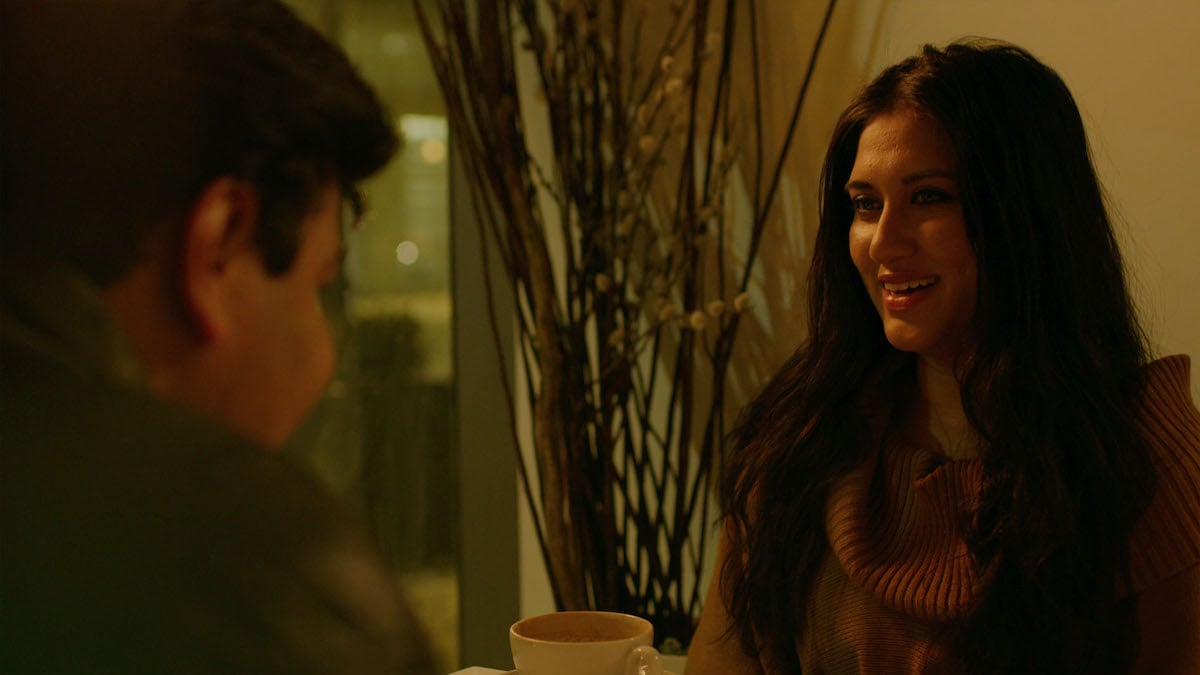 What is something you think most actors don’t understand about directing?

Famous actors thinks that it is only because of their talent the film got the success but it is not the fact, not at all. I believe it is a collaborative efforts and actors should listen and follow the Direction of a Director on set without any doubt.

Most actors don’t understand that Directors’ Job is to make the film successful which in turn is the ultimate success of an actor or actress. Sometimes it is very time consuming to deal with young actors who for some reasons do not trust their directors on set.

Which role, actor or director, is most creatively satisfying for you?

Film Director roles are most creatively satisfying for some projects but acting is very rewarding for other projects.

Sometimes it is hard to judge and it could vary from project to project based on the story and many other factors.

You’ve worked in a wide variety of genres. Which genre do you most enjoy working with?

Sometimes I do enjoy working on Drama, Romance and Dark Comedies.

Story and Screenplay got a lot to do on my choice to choose the Genre.

Your current project is Bloody Romeo. Can you tell us where you got the concept for the film?

Bloody Romeo is a story of every country, every city, every town, every village and apparently you can say every house on this planet.

In today’s world where people are carrying too much baggage they deal with lots of unrequired situations or stress which they invite in their life which a lot cannot handle and they think of ending their life.

Bloody Romeo is a story based on Suicide commitments and lot we hear about the same but very less is being done about the subject in the film industry.

The story was developed by me and then I involved screen writer to work on the story and ideas I provided based on the locations in mind and characters in mind. There are over 50 characters in the film. 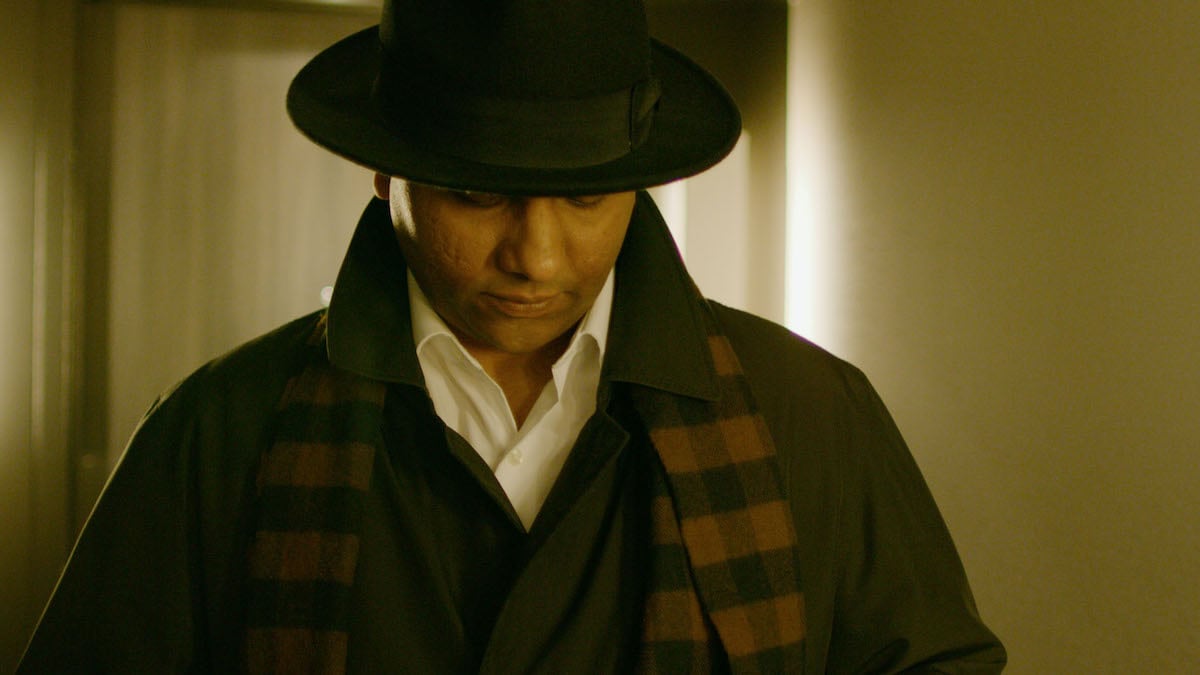 You wrote the story, directed the film, and starred in it. Do you enjoy having that much creative say in a project?

Coffee Lovers will like to have a perfect coffee every day.

It is like drinking a coffee with the perfect flavor as you think you want to have every day, anything in excess or anything short will make it not satisfying.

For me it becomes a passionate project If I have to be involved in it.

Most of the time it is very stressful for me to handle 3-4 major positions in a feature film project but the best part is you have all the answers for everyone’s questions and decisions are made fast which in result improves productivity with a great project completed fast and efficiently. When it comes to Quality we always use the best Gears and equipment at par with the Hollywood Projects like Red Epic and Prime Lenses, amazing locations and talented casts and crew.

I trust a lot on my team specially the crew and the assistants and they had never failed me so kudos to everyone involved in the project.

How do you keep yourself motivated to try out so many different roles in film production?

Early Morning Prayers to almighty and be thankful to him for everything.

Drink a lot of water, Enjoy some fast music, read quotes from the genius who gave us electric cars to drive and finally sending humans to space on vacation inspires me every day.

Then I read about successful directors, actors from Hollywood and their background and almost everyone has a story of pain before they reach where they are today.

How much did your idea of the story change by the time the film was finished?

Not much, some changes are always part of any project but overall what I want to communicate to my respectful audience through the film is very much there.

What was your biggest challenge while working on Bloody Romeo?

While on set shooting the film I got a call with a news that I lost my closest Cousin whom I grew up with and spend a lot of time, attending almost all the weddings together. It was very hard for me to manage myself on the set when there were over 40 people on set and I was completely lost in my memories with my cousin.

Few days of shooting in Kingston, Ontario Canada during outdoor shoot it was –50 and was very hard to shoot in that extreme weather condition but with the support of an amazing cast and crew we were able to pull it off very well. I will always be thankful to the cast and crew of Bloody Romeo for all their support always.

What about working on the film did you enjoy the most?

Other things I enjoyed are: 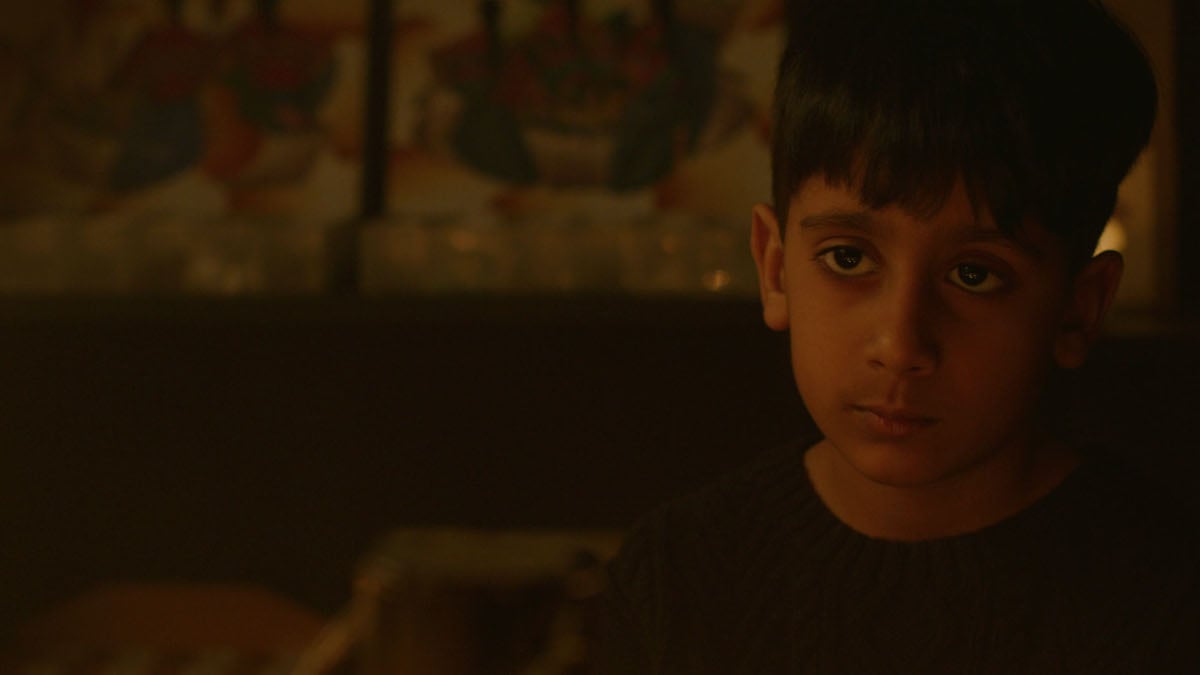 What do you want your audience to take away from watching Bloody Romeo?

Trust the person you love.

Do you have any advice for young actors or filmmakers trying to break into the industry?

Never join the film industry to become rich and famous. Focus on the creativity and everything else will follow if your work is worth. Enjoy the art of filmmaking.

Who are some of the actors and filmmakers who are influencing your current work?

No One. My works are not influenced by any filmmakers as they are my own work and my own approach and ideas to create something fresh and never seen before in the way I wanted to present for my respectful audience and film lovers.

As a filmmaker and film lover I am inspired by the works of Satyajit Ray, Quantin Tarantino, James Cameron, Taika Wattiti.

What can you tell us about what fans will be seeing from you in the future?

My upcoming projects in development are thriller/drama/horror.

An untitled Zombie Movie project in Development and an Action Thriller/Crime Drama.

I am not in a rush and Hollywood projects are in my radar  which I will be rolling out in the next 5-10 years. 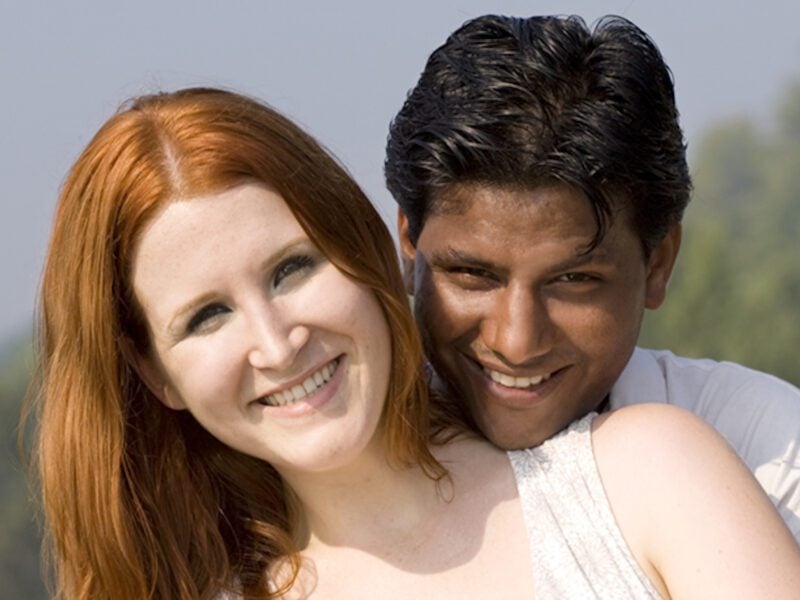