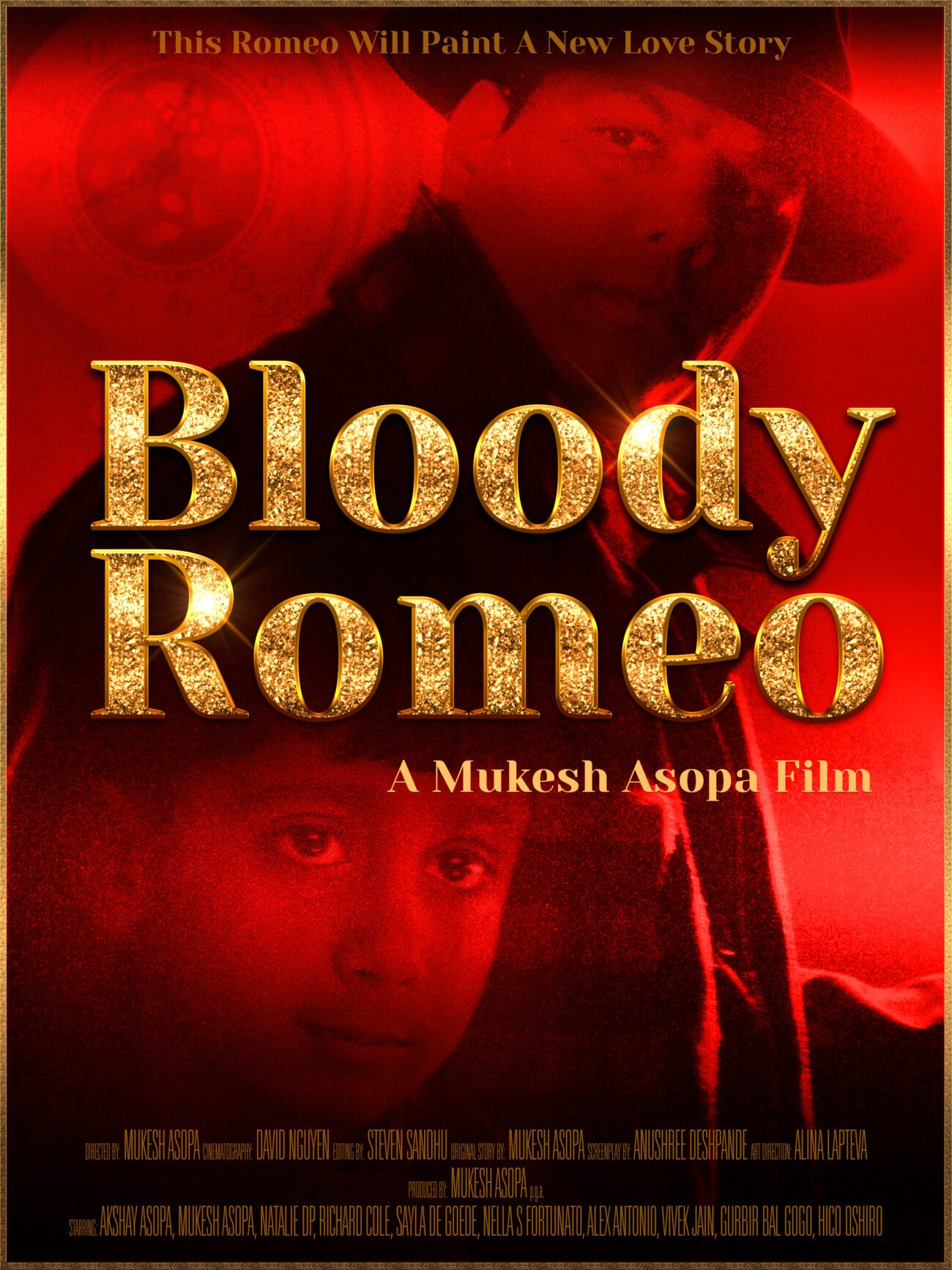 Bloody Romeo puts a fresh and fascinating spin on the time-honored story of Romeo and Juliet. Instead of focusing on the rivalry between the Montagues and Capulates in Italy, the film updates the setting to the modern day and introduces a bizarre wave of suicides among the women in the area. Romeo (Mukesh Asopa) is baffled by these suicides, but his emotional investment skyrockets when he falls in love with Layla (Natalie DP), a denizen who works at a nearby women’s centre.

There are lots of ambitious swings being taken here by Asopa, who directs and co-writes the screenplay (with Anushree Deshpande) in addition to acting. It’s clear he’s using the source text as a jumping off point to explore elements typically untouched in the mainstream, and he does an admirable job during long stretches. It doesn’t hurt that he gives the best performance in the film. As Romeo, the determined epicenter of the film, Asopa is both charismatic and commanding.

Bloody Romeo dares to play loose and fast with its aforementioned source material, but if one is going to adapt Romeo and Juliet for the five hundredth time, you mine as well make it distinct. There are elements that get introduced throughout the film that border on fantasy and science fiction, such as the possibility that women are succumbing to mass hypnosis. The success of these elements depends largely on how you feel about these genres, but for the most part, Asopa seamlessly integrates them into the world he’s created.

Bloody Romeo is the most recent project from Asopa (DGC). With over two dozen awards, It is expected to make its more screenings in the theatres later in 2023, followed by its release on OTT platforms this year. The film got 7/10 reviews by Film Threat, a renowned Hollywood film publication known for its diverse content concerning the film industry. The trailer for Bloody Romeo is out and available on IMDb and YouTube along with the official website.

Bloody Romeo was shot across Ontario, including locations across the Greater Toronto Area, Hamilton, and Kingston. A result of five years’ work, the film was made under the banner of Asopa Films Inc. and was shot on the camera known as Red Epic. Bloody Romeo stars Asopa himself as the titular protagonist, Romeo Quadros (Akshay Asopa, portrays the younger version of Quadros).

The film also boasts a cast of more than fifty actors which includes Sayla De Goede, Richard Cole, Tracy McLean, Gurbir Bal Gogo, Natalie DP,  Emanuel Prince, Alexia Antonia, and Hico Oshiro to name a few. Bloody Romeo continues the trend in Asopa’s work by ambitiously creating a melting pot of genre, combining thriller, mystery, romance, and crime elements within a story that is also imbibed with social commentary on current issues. The film’s screenplay was written by Anushree Deshpande and is based on a story written by Asopa.

The film is produced by Mukesh Asopa p.g.a. and is currently in the process of results from the film festivals around the world. Twenty of these festivals are also known as Oscars Submissions Qualifying Film Festivals.

This is the sixth feature film for which Asopa has assumed multiple responsibilities both behind and before the camera. Known for pursuing stories which stand apart from the mainstream film industry, Asopa is also known for his critically acclaimed features Depth of Pyaar, Zombie Beach, Chambers Gate, and The Taste of Relation.