Laurie Love: The one to watch

Laurie Love is one woman whose name you don’t want to forget quickly.

The Arizona-born actor wears many hats and knows that with this comes great responsibility. Not only does she star in the new film Pursuit starring John Cusack and Emile Hirsh, but she is an advocate for all things wellness. As a contributor to the book “From Us For You: Inspiring Stories of Healing, Growth, and Transformation”, she bravely recounts her journey with chronic illness and hopes to inspire others going through the same thing.

We were thrilled to sit down with Laurie Love and speak to her about Pursuit, her career, and how she hopes to change the world.

It’s lovely to meet you, Laurie. Would you mind sharing with us a bit about where your love of film and acting came from?

Nice to meet you. Sometimes I wonder where the love for it came from because I feel; as long as I can remember the love just always seemed to be there deep in my soul. I would beg my parents to put me into acting classes I really wanted to be on tv and in the movies and to be quite honest they didn’t really take me seriously, so it became my own personal life goal and path to take.

You play Nikki Styles in “Pursuit”. Can you tell us a bit about your character?

Nikki was a blast to play. She is an undercover NYPD policewoman; she specializes in IT and her specific job is as a surveillance and tech specialist assisting her partner, Mike Breslin (Jake Manley). 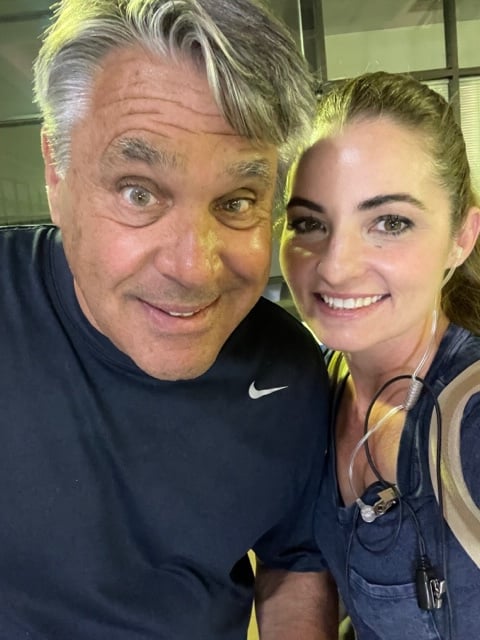 What do you love about working in action films?

It’s a dream come true moment every time I walk onto an action set and the number one reason I love working on action films is “the action”. It’s complex and coordinated at the same time. The action moves the story along. It is an intense and entertaining genre to work in and I am happy to play in the action world.

Your husband, Brian Skiba is the director of “Pursuit”. What is Brian like as a director?

Brian is an incredible director. He is focused, dedicated, creative, and hard-working. He is a well-rounded filmmaker who knows every aspect of filmmaking and could pretty much do just about any job on the set, but from concept to the screen he literally could be a one-man band which is close to impossible when trying to make a film. He is not just an actor’s director he is also a technical director he is also a writer, producer, sound designer, musician, drone pilot, director of photography, editor, colorist….the list goes on. Filmmakers in the indie world understand how challenging it is to make films on lower budgets and he is a master at accomplishing the impossible. Basically, he is a creative genius. I am biased but it’s true. He is gifted and excelling in a career he was made for and I enjoy working with him very much as an actor. 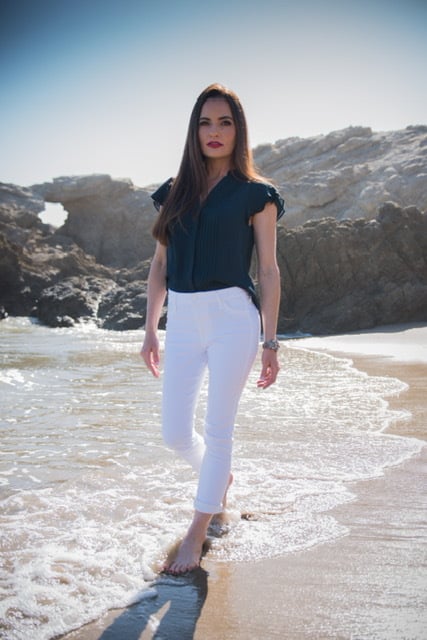 You’ve also done quite a bit of stunt work. What draws you to stunts?

It’s not just the physicality that draws me to stunts but there are so many facets to it that I appreciate. It’s amazing what we can do with our bodies and how specialized training and fight choreography can lend to realism and storytelling within a movie.  There is something so collaborative about the creation of a stunt scene.

We must say, you are quite an inspirational woman. You recently contributed to the book “From Us For You” by writing about your journey with chronic illness. How did that come about?

Wow! Thank you for the incredible compliment. I was invited to contribute my story by author, Diane Dresback, after I had publicly started to speak about my health struggle and healing journey with fibromyalgia and heavy metal toxicity on my social media. The book is a compilation with 25 other amazing women who write about their true stories of healing, growth, and transformation. the net profits are gifted to the non-profit, Arizona Foundation For Women, and is available in paperback, digital, and audiobook on Amazon.com. 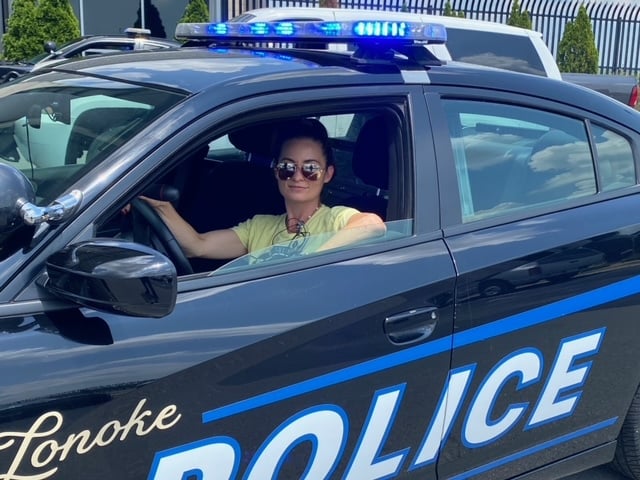 Why do you feel it’s important to tell your story?

I have felt the urge to share my story publicly to bring awareness to invisible illness as many suffer in silence or may not know anything about fibromyalgia or heavy metal toxicity like myself, having to find it out the hard way. I may have never gotten the chance to figure out what this mystery illness was if someone wasn’t talking about it on tv. Fibromyalgia wasn’t even on my doctor’s radar. So that one time that reality show was playing in the background… it led me to do my own research and finding a name to the symptoms I was experiencing which put me on my path to healing.

What are your dreams and aspirations?

I would love to keep booking strong female roles and continue excelling my career in television and film. I aspire to grow my company creating quality content and becoming a name people will remember with positivity.  I dream to entertain, inspire and give back to others along the way.

What do you have coming up next? When can we expect to see you on the screen again?

This year you will be able to catch my stunt work in the romantic comedy television movie, FLOWERS AND HONEY. You will also be able to catch my stunt work and cameo in thriller feature film, OUT OF HAND. Finally, you can also catch me acting in television thriller KILLER RIVALRY. If you love classic action movies and haven’t seen our action film THE 2ND starring (Ryan Phillippe, Jack Griffo and Casper Van Dien) go check it out, it’s still streaming on Netflix and multiple platforms.

Pursuit is in limited release in cinemas and on demand from February 18. 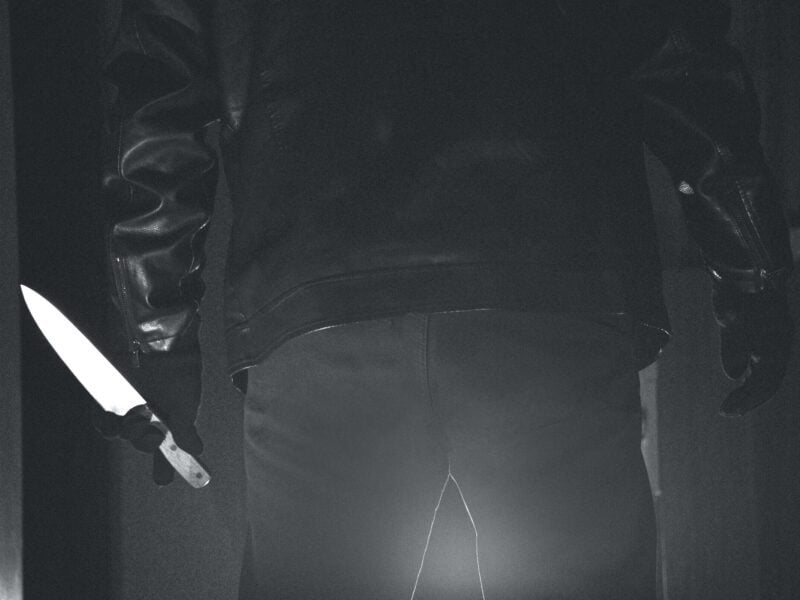 Messed up? See the actors who played terrifying serial killers in movies 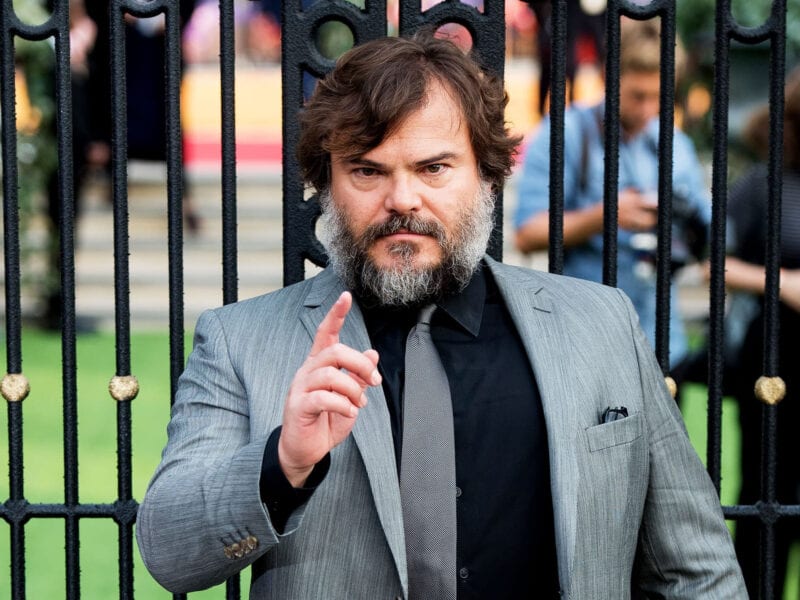