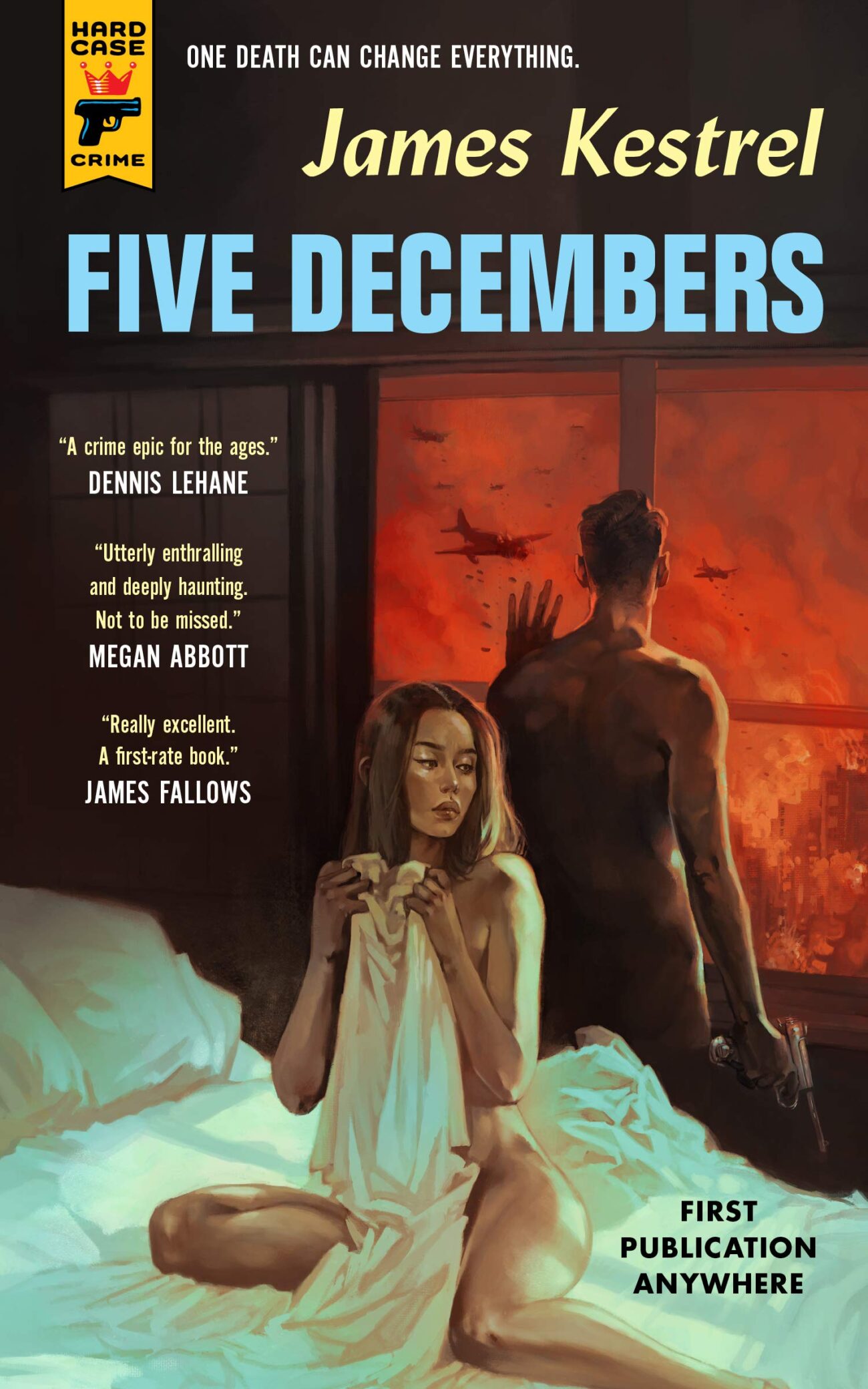 James Kestrel has been making quite the rounds lately. The author has the illustrious honor of being a finalist for the Edgar Allan Poe, Dashiell Hammett and Bram Stoker Awards. His newest book Five Decembers just came out on October 26, and the rave reviews are steadily flowing in.

Five Decembers takes place in December 1941. America teeters on the brink of war, and in Honolulu, Hawaii, police detective Joe McGrady is assigned to investigate a homicide that will change his life forever. He uncovers a trail of murder that will lead him across the Pacific, far from home and the woman he loves; and though the U.S. doesn’t know it yet, a Japanese fleet is already steaming toward Pearl Harbor.

Elsewhere, Kirkus Reviews praised Kestrel’s expert writing. “Kestrel’s expertly clipped descriptive passages and dialogue bring his spacious canvas into razor-sharp focus.” fellow author Steven Powell shared similar sentiments. “It is one of best novels I have read about the twilight days of empire, its protagonist getting caught up in the maelstrom of the British, Japanese and European empires dragging themselves into oblivion. ”

We were lucky enough to sit with Kestrel to discuss his immediate thoughts upon the book’s release alongside his plans for the future.

You’ve been a bar owner, a criminal defense investigator, a teacher, and an attorney. For how long have you also considered yourself a writer?

I’ve always wanted to be a writer, and I’ve been working at it since I was a kid. Five Decembers is the tenth novel I’ve written, and the seventh I’ve published. But it’s the first time I’ve used the name James Kestrel.

Can you tell us where you first got the concept for Five Decembers?

Before the pandemic, my day job had me traveling to Tokyo and Hong Kong on a regular basis. I spent a lot of time exploring these cities, and thinking about their connections to my home in Honolulu. All three cities are marked by World War II-it scared them, but it was also a catalyst for their growth into what they are now. I wanted to write a bigger novel than anything I’d tried before, and when I thought of the character Joe McGrady, I saw a way to tie all three places into a single story.

Have you always been a fan of noir and crime stories?

Yes! Although I usually eschew any genre labels, “noir” is one that has never bothered me. I love dark stories, and raw characters, and seeing how such people get by when the stakes are as high as they can get. But beyond the excitement and sense of mystery in noir, I just love it as an art form. There is a particular palette and cadence to most noir, but there’s enough range that I don’t think of noir as a confined genre. It’s more of a mood and an outlook.

Who are some of your favorite writers?

How much did your own personal experience, especially that of living in Volcano, Hawaii, inform the novel?

It was certainly useful to live in Hawaii while writing this book. I live and work in Honolulu, and I do a lot of my writing in Volcano, on the Big Island. Honolulu’s Chinatown, which is one of the oldest and most interesting Chinatowns in the United States, was great fun to explore and learn about. But as far as my personal experiences-I can say pretty definitively that this is not a book about me. This story is much bigger and more interesting than that.

How much time did you need to spend doing research in order to write the book?

Counting the time I spent researching before I wrote the book, the time I researched while writing it, and the fact checking I did before it went to print, I put around three years of research into this book. Some of that was in libraries, some of it involved talking to people who’d seen and done things long before I was born, and a lot of it was poking around and exploring to get a feel for the settings.

What was the most surprising thing you learned while doing the work?

It’s not a detail that is in the book, but in the process of researching I learned something about United States currency in Hawaii during the war years that was very surprising. I’ll leave it at that. I might write a book about it someday.

What was your biggest challenge while writing the novel?

Finding the time. I started writing it about six weeks after my daughter was born.

Tell us about your writing process. What’s a day in the life of a novelist look like?

A day in the life of this novelist would involve sneaking out of work at 11:30 a.m. for a two hour lunch and writing break in Chinatown. I found a very quiet spot there in a building that used to be a brothel, and as long as I could get away with it, I’d go there and write.

What music, if any, did you listen to while writing?

If you could travel back in time and have a conversation with yourself just before starting the project, what would you say?

Sell everything, live in a motel, and put all the money in Bitcoin and GameStop. No, shut up, just do it.

Has writing the novel changed the way you look at the legacy of World War II?

This is probably just a tiny bit of minutia in terms of the scope of World War II, but I did come to think that Admiral Kimmel (the commander in charge of Pearl Harbor at the time of the attack) got a raw deal. Especially when compared to Douglas MacArthur.

Five Decembers has already received a ton of praise from writers like Dennis Lehane, Pico Iyer, and Megan Abbott. Did you think the book would strike such a chord with people?

I didn’t know what people would think of it. This book was rejected by about 24 publishers before I changed my name and submitted it to Hard Case Crime. I was delighted that it not only got a positive response, but got that response from writers all over the spectrum.

What do you hope your readers will get out of the story?

I hope they get a tale that pulls them in and holds them in a world they’ve never seen.

What’s more difficult: solving a homicide, or writing a novel about one?

I’ve never solved a homicide so I don’t know I’m the best person to answer this question. I would wager that in any given city, there are more unfinished novels than unsolved homicides.

Would you like to see a film or television adaptation of your novel?

In your dream world, who’s directing that adaptation?

Stephen Spielberg or Tom Hanks for the Hawaii and Hong Kong scenes, and a great Japanese director for the portions in Tokyo. Can we expect to see another novel from you sometime in the future? I certainly hope so. I will definitely write one. There’s another step between me writing one and anyone seeing it-i.e., getting published-and that I can’t guarantee. 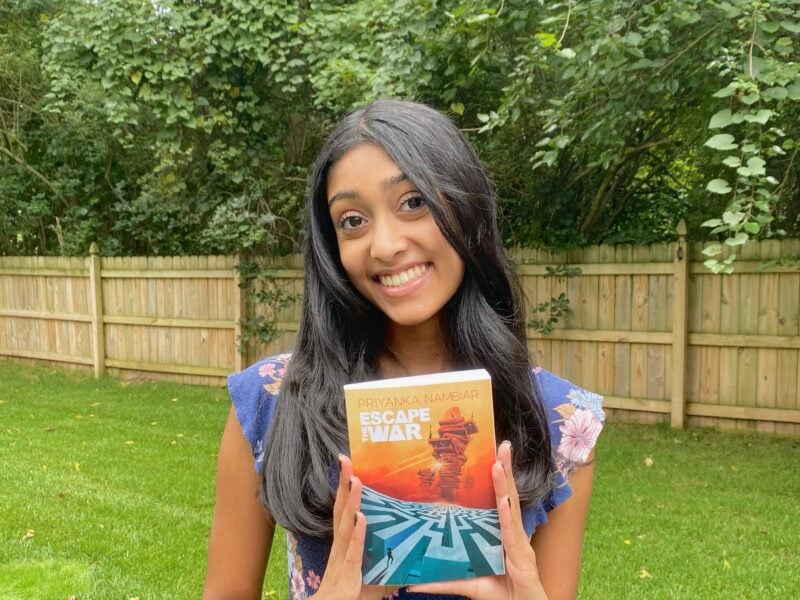 Get to know ‘Escape the War’ author Priyanka Nambiar 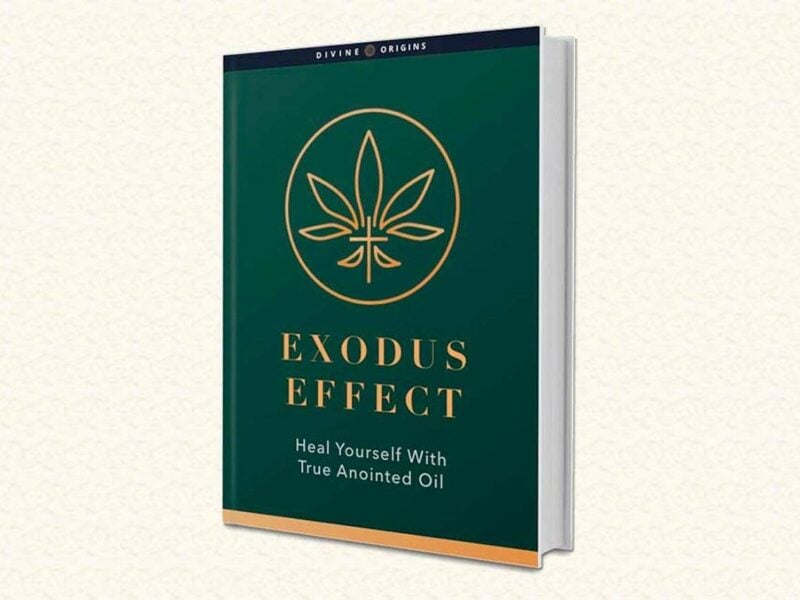