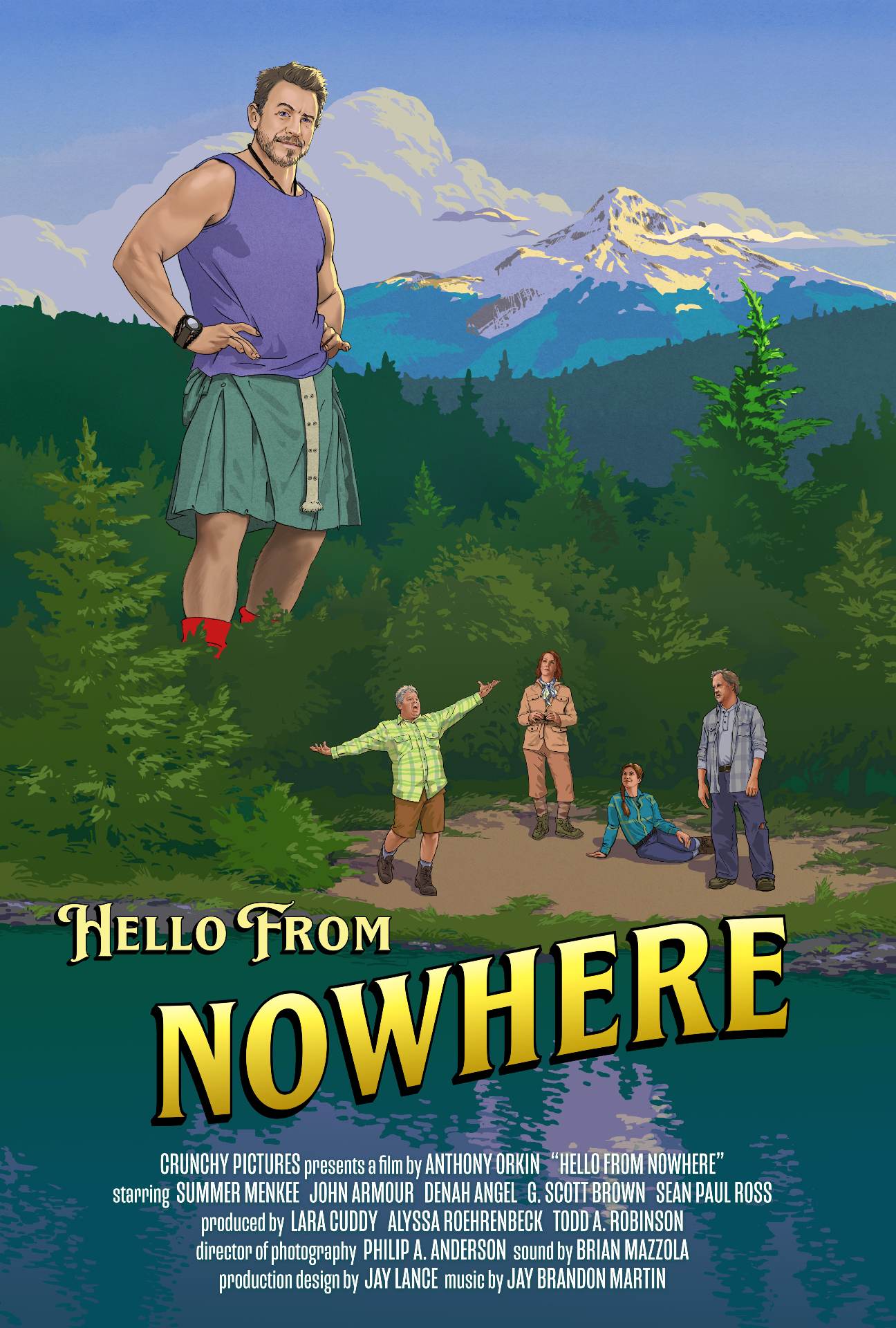 Get to know ‘Hello from Nowhere’ director Anthony Orkin

Anthony Orkin has loved film for as long as he can remember. He cut his first roll of film in 1972, when he discovered trims in the garbage of the editor next to his father’s office. He went on to spend 18 years as a staff editor at Broadcast Arts and then Curious Pictures, which was an animation/special effects company in New York City. It was during this time that Orkin wrote and directed his debut film, Personal Sergeant.

Orkin’s college career ultimately led him and his family to relocate to Portland, where he directed the short Sammy’s Measle. He’s now gearing up for the release of his latest film, the outdoor comedy Hello from Nowhere. In addition to writing, editing, and directing the film, Orkin appears in a brief supporting role as “Alastair”.

Film Daily had the pleasure of talking with the multitalented Anthony Orkin about his varied career, his passion for directing, and his plans for the future. Here’s what he had to say: 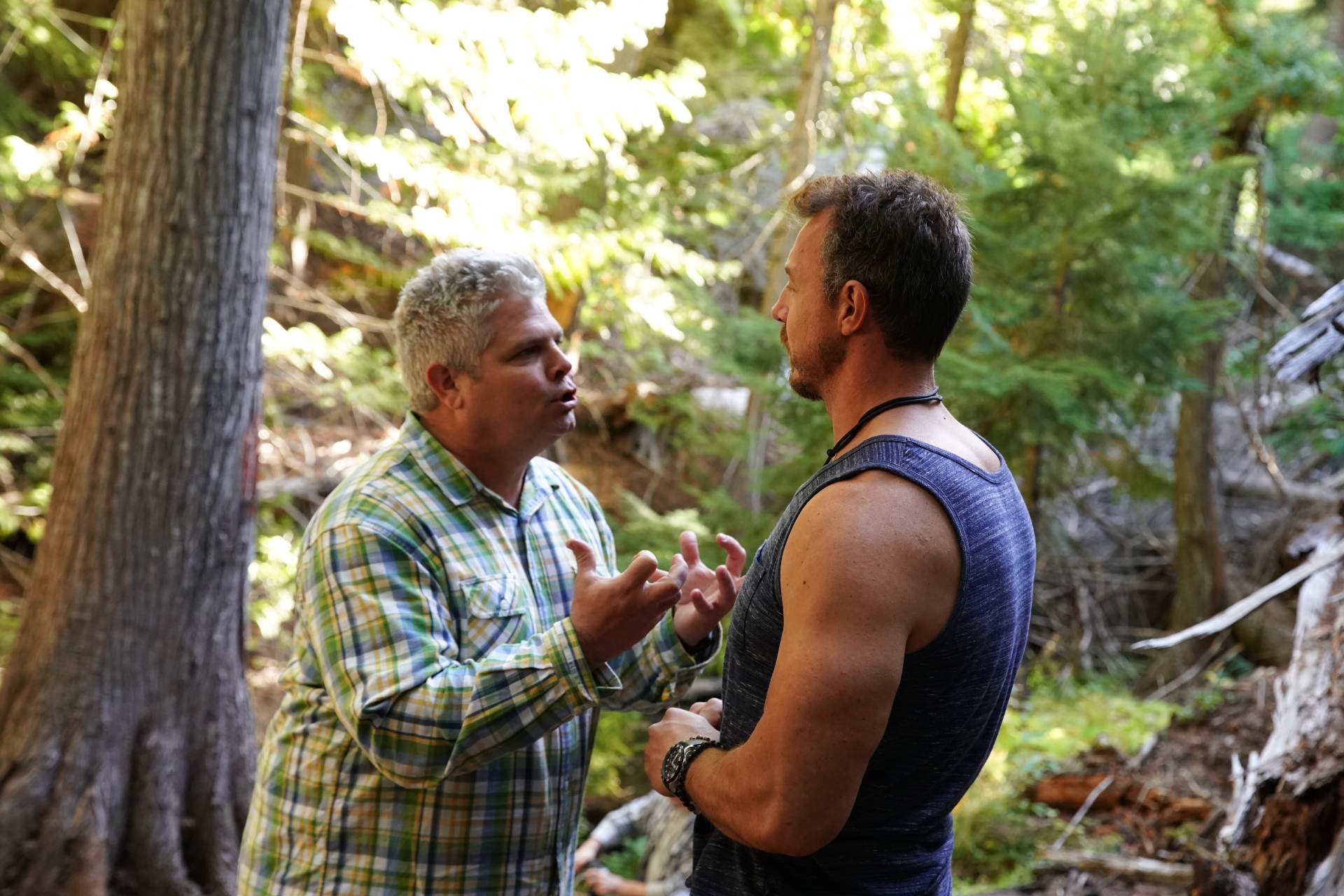 Tell us about your history in editing. How did you start your journey?

I spliced my first piece of film when I was nine years old.  My father’s office was next to a film editor’s, and the guy used to let me splice trims together and run them through his Moviola. Moviolas, those things were tanks.  Every once in a while, a tube would blow, and they’d catch on fire.

You worked 18 years as a staff editor for Broadcast Arts & Curious Pictures. What were the most useful things you learned from these positions?

Choose your co-workers well! Those two gigs were basically the same, since Curious rose from the ashes of BA. I stuck around because so many great people worked there. From them I learned my work ethic.  Production isn’t a 9-to-5 job; starting out, I didn’t know that.

During your time as a staff editor you directed the live-action film Personal Sergeant. What difficulties did you encounter as a rookie filmmaker?

I underestimated the difficulties of the logistics. We had multiple locations, day players, extras, lots of driving and setting up. This didn’t leave a lot of time for actually shooting. Another difficulty was managing some of the more mercurial personalities in the cast and crew. We had a screaming match in the stairway of a hospital.  Awkward!

Steve Oakes, my boss at Curious and BA. He was both a director and president of the company. That man could keep his cool in the hairiest of situations. A real gentleman. Finding him was an organic process. I found where I liked to work, then I found the people that made it that way. 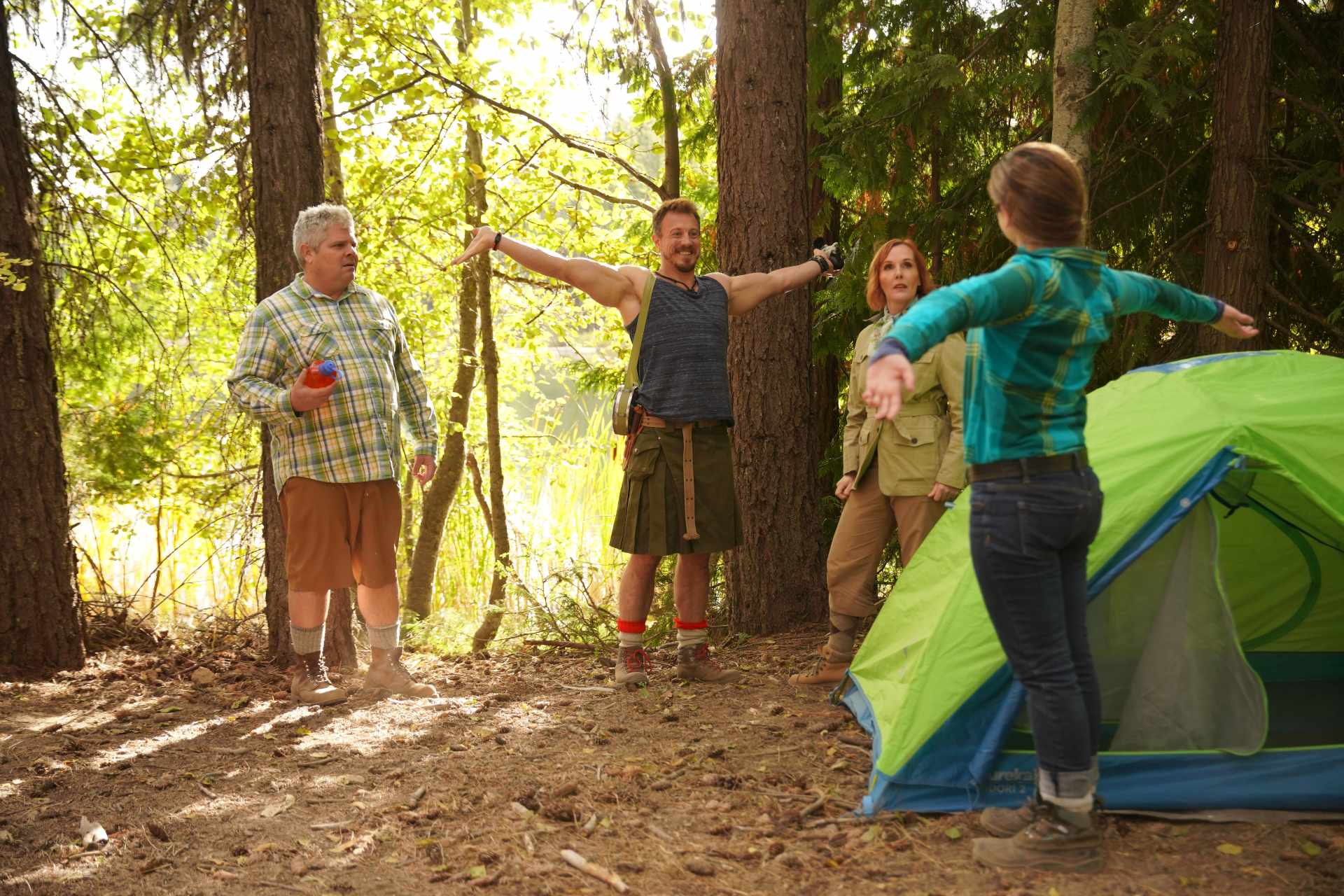 You’ve edited shows, commercials, and feature films. Do you find that your editing style changes depending on the assignment and tone of the piece?

I wouldn’t cut a documentary like it’s a music video (hmm, might make a good experimental film). What changes is how I handle the client.  On a feature, I’m in a room with the director for weeks, and the two of you get very close and usually very protective of the cut. On a commercial, I’m in the room with the director, the production company’s producer, the agency’s producer, the art director, the copywriter, and then the creative director stops by and changes everything. Then there are dozens of different cuts, and a lot of haggling.  I try to keep my mouth shut on those jobs.

As someone who’s done both, what’s the biggest difference between directing a short and a feature film?

Other than length, the biggest difference is what I expect to get out of the process. Shorts are cheaper and less arduous to produce, so I can take some chances. They’re laboratories for ideas. By the time I get to the feature, I don’t want to be experimenting. But of course, I always am.

You wrote & directed the thriller-musical-comedy Hello from Nowhere. What was the initial inspiration behind the story?

In 2014, I made a short called The Neighbor Hood, in which a charismatic outsider crosses paths with a normal couple and challenges their commitment to one another. This is basically the story of Hello from Nowhere. I expanded the concept from three to five people, and moved it from a Brooklyn apartment to the Oregon woods.

How did you manage to juggle three distinct and wildly different genres at once?

I used the time of day to signal mood changes.  The film starts in the day, then transitions to night, then ends in the day again. Similarly, the mood starts light, then gets dark, then gets…well, you’ll have to see. 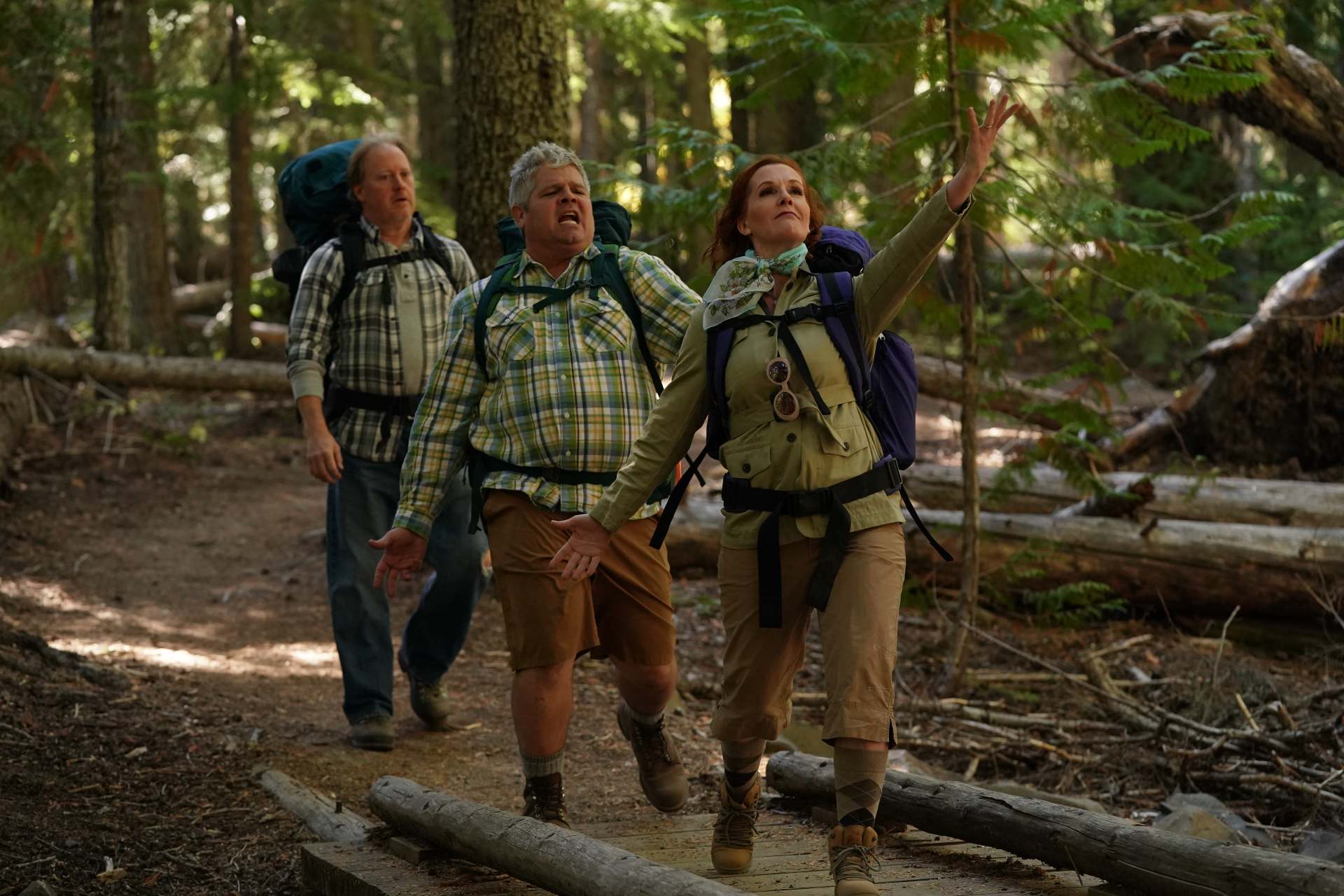 Did the shifts from thriller to musical to comedy require different editing styles?

For picture, no:  I establish the scene in a master shot, then let the dialogue drive the cuts, whatever the genre. For sound, however, I tend to goose the mix with various sweeteners for comedy, then leave more of a vacuum for suspense.

As the screenwriter, did you encourage actors to improvise or do you prefer to stick to the script?

I wish I had encouraged more improvisation. There are a few improv lines in the film, and they’re great. However, the schedule was so tight that I simply stuck to the script. I should have racked up some overtime hours and let the actors improv for a take or two.

Shooting is great, because as a director, you’re like God. Such an ego boost. However it’s also nerve-wracking. I also love the end of post-production, when you’re doing the music and color correction. Those processes are like pushing a magic ‘make it better’ button.

What is the main theme you want audiences to take away from Hello from Nowhere?

Tra la la! The film draws inspiration from the operettas of Gilbert & Sullivan. Those things weren’t heavy; they were just a great time at the theater. That’s what I want to give people: some laughs, some gasps, maybe even a moist eye or two. Plus an infernal melody you can’t get out of your head. 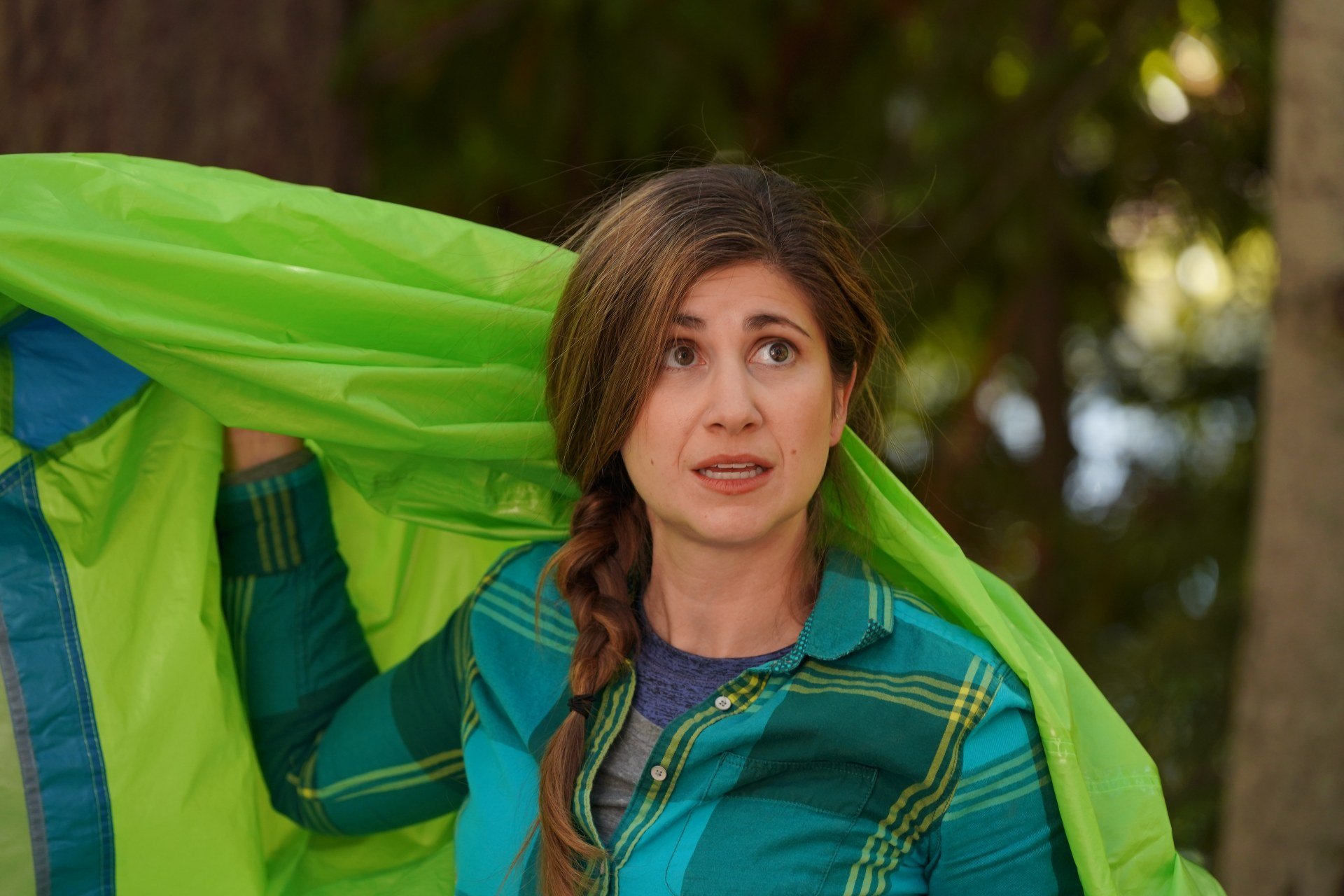 Do you find that your editing background has made you a more precise director?

Absolutely.  Before shooting, I drew five hundred storyboards, and cut an animatic of the whole film. I knew just what coverage I needed, and we shot just that. I think I used every angle we shot.

Who are your biggest editing influences?

Dede Allen; Bonnie and Clyde was the first movie where the cuts had me thinking, “Wow, this is cool.”  Lyudmila Feyginova, for her seamless integration of imagination and reality in Andrei Tarkovsky’s films. Thelma Schoonmaker, for her work with Scorsese. All women!

There’s no one gig that I look at and think, “That’s my crowning achievement.”  But I supported myself for decades in the field of my choice. A fun field, a competitive field; that’s something to be happy about, and proud of. At least, that’s what I keep telling myself.

My family! I’ve been married over twenty years, with two wonderful kids, who still talk to me.  Family is like acting:  from the outside, it looks easy, but from the inside, it’s much trickier. 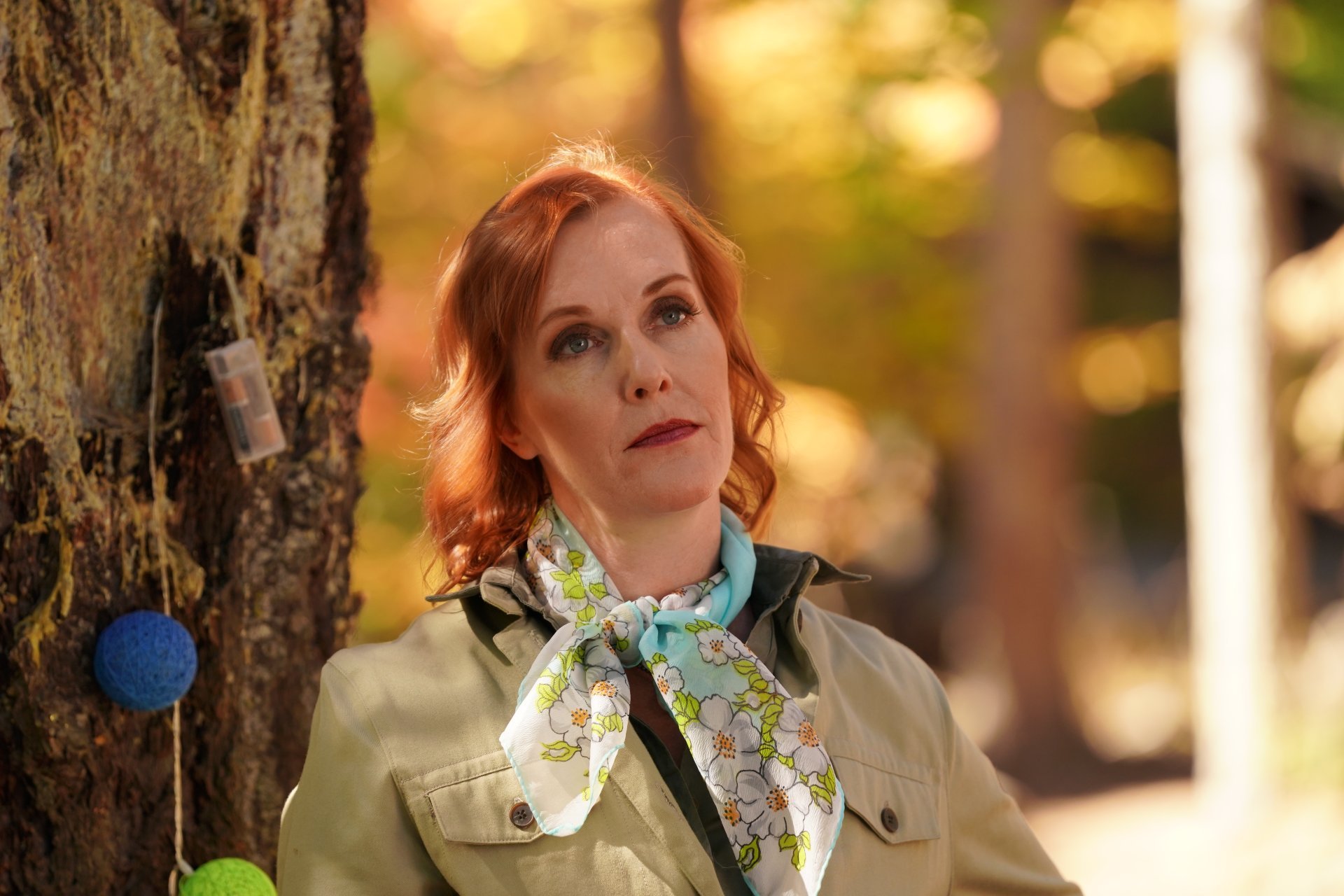 Do you foresee a time when you stop editing and focus on directing?

Oh I wish. I have a drawer full of scripts, waiting to be made. If you’ve got some money, let’s make a movie.

I’ve been working on my second novel.  With the pandemic raging, I figured I should switch to a more socially distant art form. It’s a fun story, with lots of Cold War intrigue, nuanced characters – you’ll love it.

What advice do you have for aspiring filmmakers/editors?

Be both humble and bold:  acknowledge your own shortcomings, so that you can ask for help from your cast and crew, and push relentlessly to make this thing happen. Artistry is the creation of something totally unnecessary.  It is an act of will.  You must become a force of nature, unstoppable.

I have a list of favorites, which is up to 72 right now. It’s hard to pick just one, but I’ll go with Forbidden Games. I love stories about children, and the two kids in that movie are both so great. Check it out.