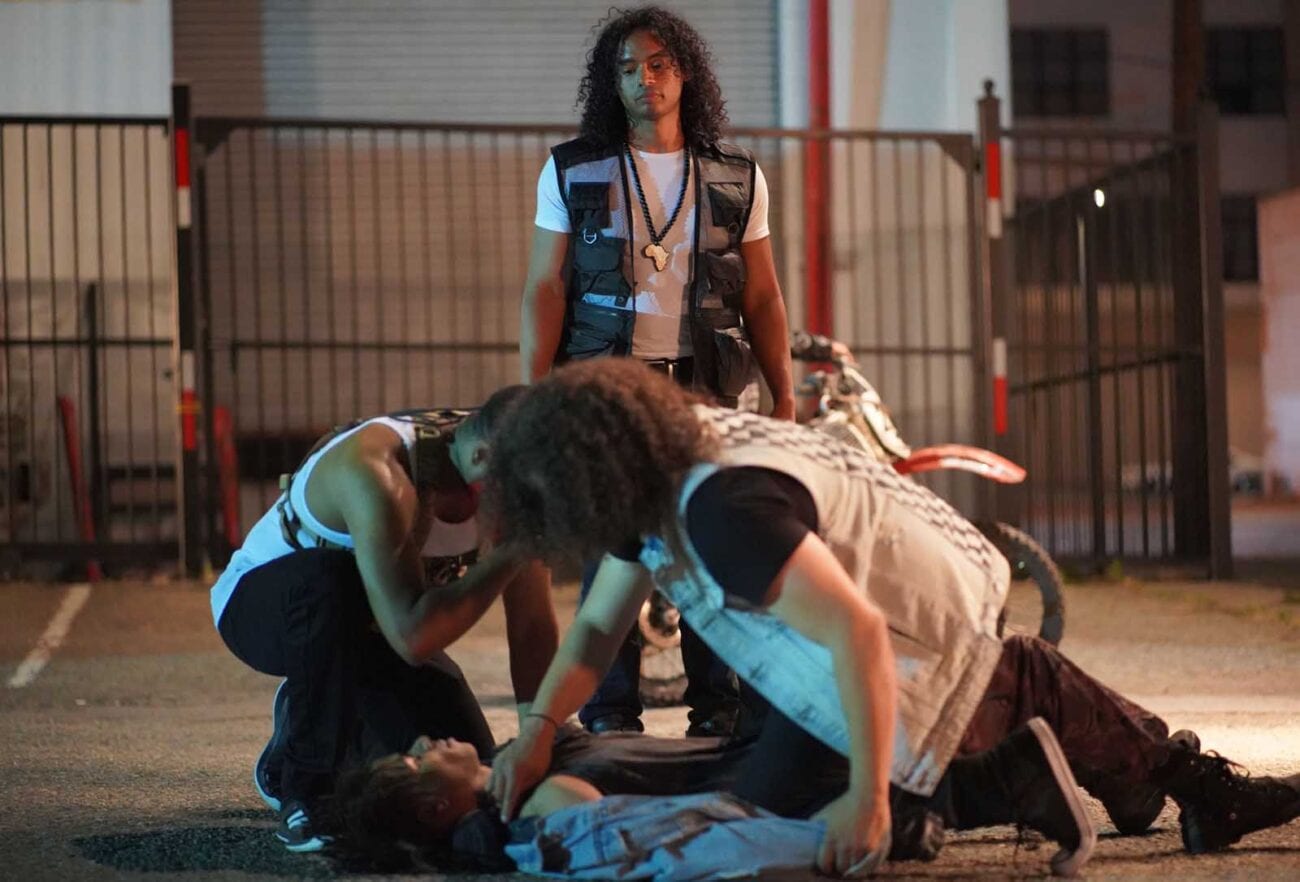 Not your average ‘Peter Pan’ movie: Interview with R.L. Allman on his TV pilot

R.L. Allman has taken inspiration from the classic Peter Pan movie and turned it into a brand new modern day TV pilot. His show features San Francisco as the modern-day Neverland, Tinker Bell as a drag queen, and the Lost Boys as a street gang trying to defend it.

This reimagining of the story is being described as “dark, character-driven, and deeply relevant”. This gritty re-do of the story most people know as a Disney movie, is set to have its premiere at the Dances with Films festival on September 5 at 7pm PST online.

We had the opportunity to ask Allman himself about his Peter Pan pilot as well as his career in general. Here’s what he had to say. 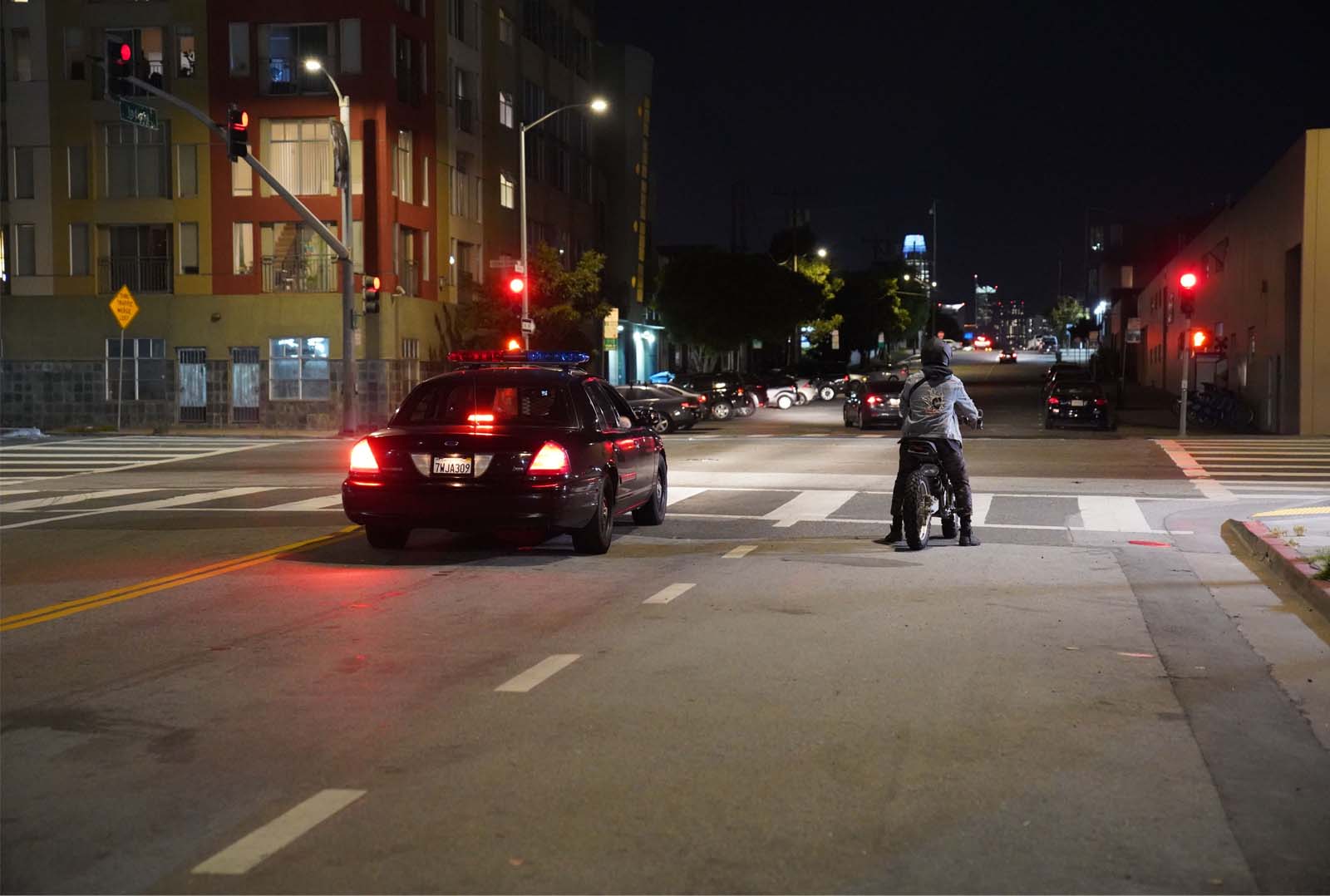 My journey into film is a little unconventional. In high school I was on the animation team, where we made little short films for the robotic club. With an interest in the arts, I attend college coasting by and dabbling in every type of art course they offered.

Eventually my mother “encouraged” me that if I wanted to be an artist, I needed to figure out how to make money, quickly. Art direction seemed like the most logical choice when someone told me “You get to come up with ideas for commercials and go on productions around the world.” I was sold.

Right out of college I was hired as an art director intern at Goodby, Silvertein & Partners, where I learned the craft of storytelling through advertising. It was a wildly creative atmosphere where everyone not only challenged each other to do the best work possible, but they encouraged employees to work on side projects and supported any way they could.

I didn’t know I would fall in love with filmmaking and wanted to make it a career until I was 25, when I bought my first camera, the Canon T3i, with all that intern money. Within 4 months I made my first film.

Was there any particular film or TV show that got you interested in filmmaking?

When I was 12 and saw Saving Private Ryan in theaters. It was the first time I can remember coming out of a theater and reflecting for days about what I just watched. Once the DVD came out and Band of Brothers was released, I found myself watching the BTS in the special features more than the film and learning about how Spielberg made films when he was the same age. To this day I know that film is the reason I love figuring out how to produce films. 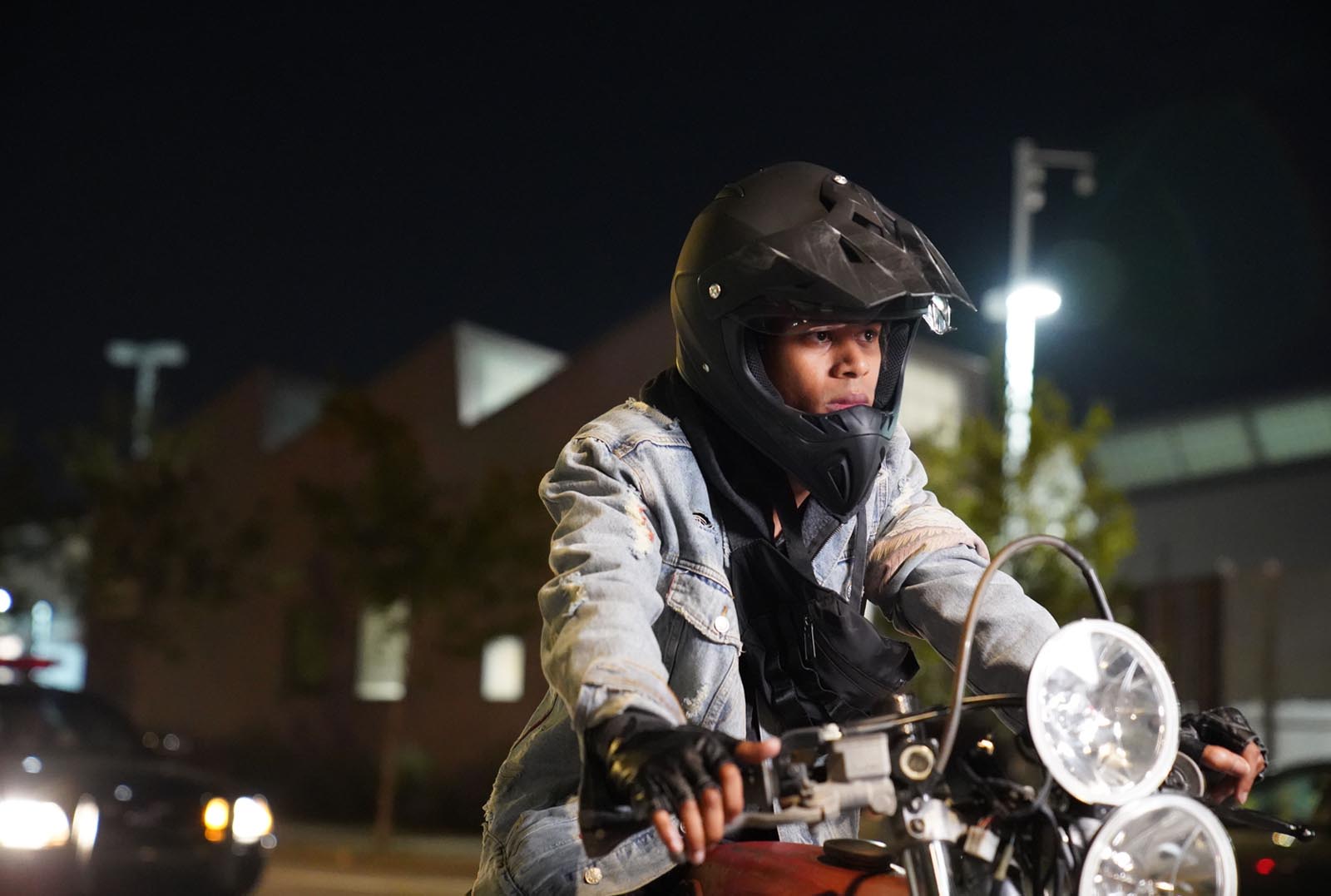 The city of San Francisco has been my main influence for many years. I have lived here for 9 years and it’s cultural transition influenced me to write my own version of Peter Pan.

What was the first project you ever worked on? What did you learn from that experience?

The first production I worked on was a music video for a country band in Texas. I was a waiter at the time, and I overheard one of my regulars, a video producer, talking about his next production. I asked if I could help out in any way. The production was on a lake where they stringed a line of 20 boats together to make one big party.

My job for the day was to make sure everyone on the boats had cold beers while filming. I learned two things that day. One, people who have been drinking don’t take direction well. Two, the incredible amount of communication with the crew that must happen while filming. It was a level of coordination I had yet experienced.

I always start any project with a singular truth or idea I can build on. From there I create a world around this. For example, for Peter Pan, my singular idea was that Neverland is San Francisco. From there I dove deep into the culture, creating characters from people I’ve met around the city, and developing a plot based on cultural tension the city is facing. In this case, gentrification. 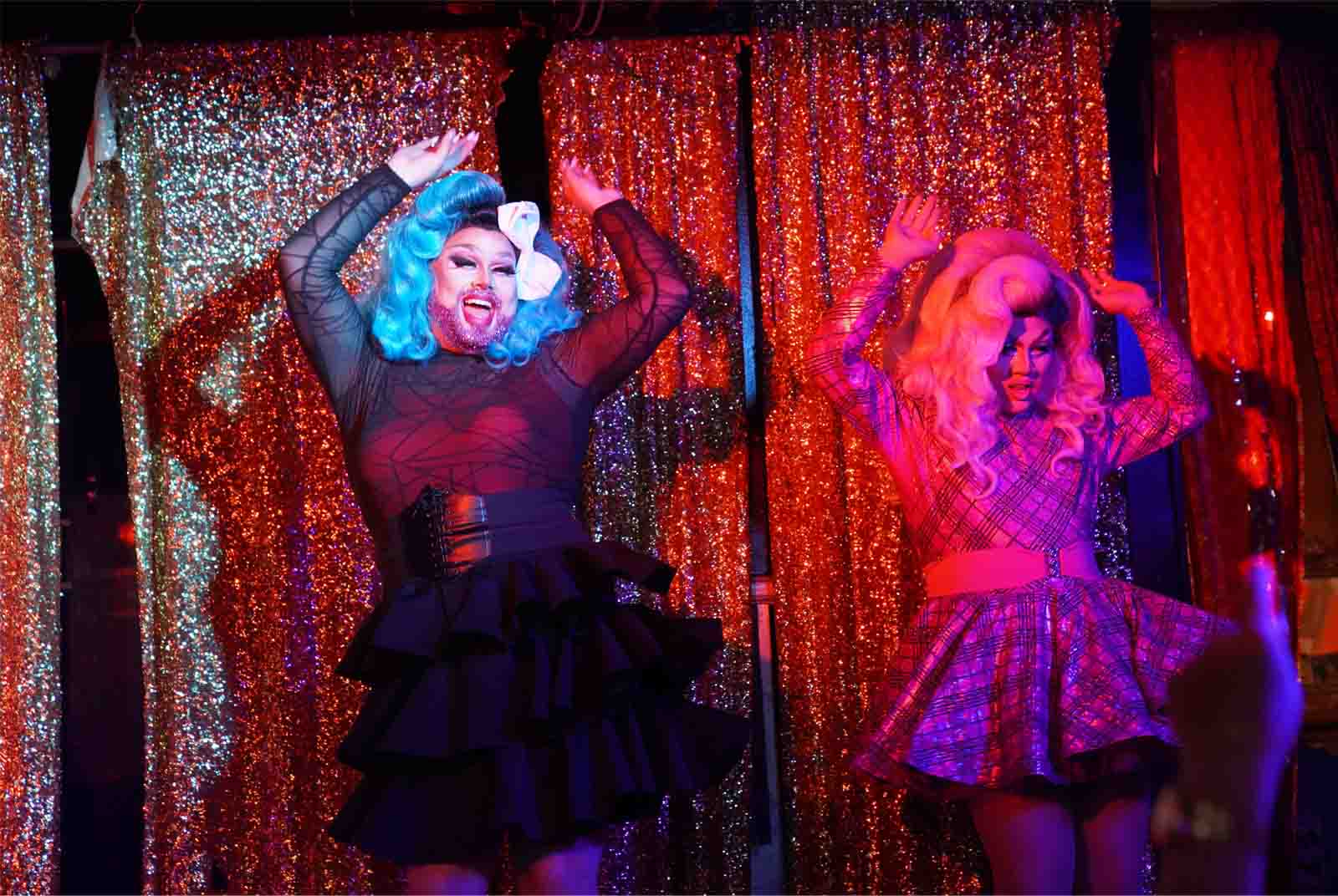 Is there any music you listen to help you create?

I’m constantly writing to the music of Philip Glass, Odesza and Kanye.

What inspired you to write Peter Pan?

I moved to San Francisco in 2011 and lived in the famous Haight-Ashbury neighborhood. Within the first week, I noticed the street kids that congregated around Golden Gate Park. I thought it was interesting how they slept in the woods at night, kind of like the Lost Boys in Hook. A few weeks later I learned there was a Treasure Island in the middle of the bay, and then a month after that I went to my first drag show in the Castro. That’s when I had the idea, “Wouldn’t it be cool if Tinker Bell was a drag queen?” San Francisco as Neverland was born.

Why did you want to tell a darker retelling of the classic story?

Peter Pan has been told a million ways. “Hook” was one of my favorite movies growing up. But as an adult, I had never seen a version with a drastic twist, they were all based on the classic story that Neverland was a far-off make-believe place. It felt exhausted.

I was heavily influenced by Baz Luhrmann’s Romeo + Juliet, and how he took a classic play and gave it a modern-day face-lift. I told myself if I could build a world equally as grimy and corrupt as that, I might be onto something.

What was your experience filming Peter Pan?

The best part of the whole experience was being able to work with my amazing producer, Claire Fontana. The whole experience was challenging, frightening, and grey-hair inducing but OMG so much while working with her. We went into the project knowing we had a lot to learn – and with motorcycle stunts, record heat in SF, and 7 over-night shoots, we knew we wouldn’t be getting much sleep.

While working on Peter Pan, you wore a lot of different hats on set. How did you balance all those jobs?

It’s all about communication and collaboration, 100%. Learning from directing commercials, I knew I had to make sure that the vision was intact but rely heavily on our crew/artists/actors to execute the scenes the most efficient way possible.

For example, we didn’t have enough prep time with the actors to coordinate a knife fight, so I asked the two actors to go off on their own and come up with something. They came back an hour later and showed what they worked on. I was blown away. It was playful, boyish, and perfectly showed their relationship. You have to balance everything with a high level of trust. 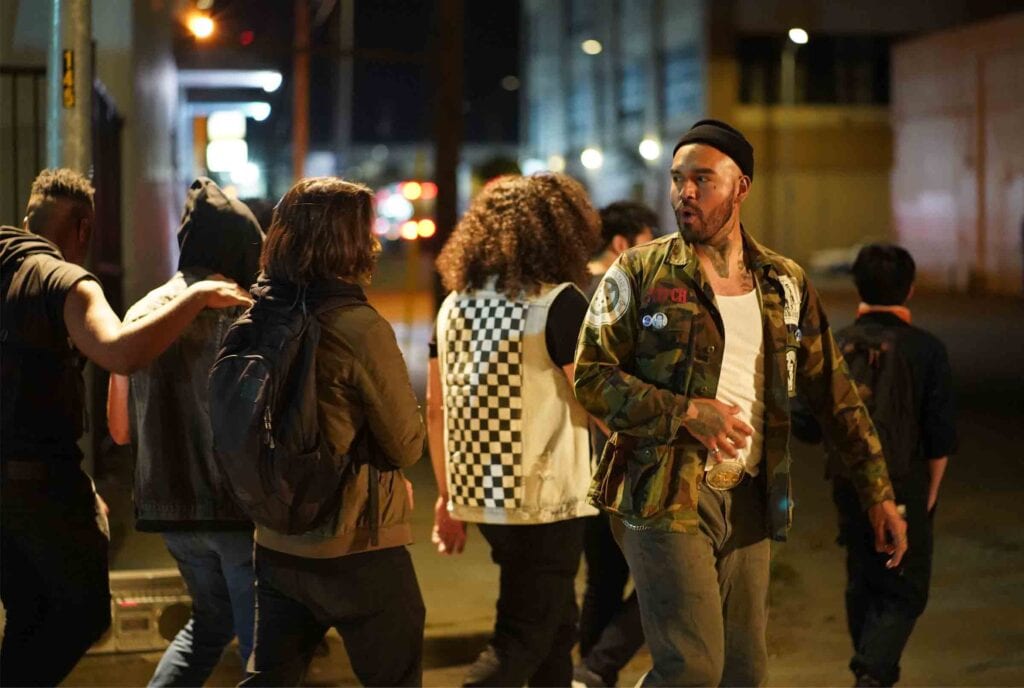 Could we see more TV work from you after Peter Pan?

Oh heck yes! I love where the medium is headed. I’m in the early stages of another sci-fi TV series I want to create. Stay Tuned!

What makes your version of Peter Pan stand out compared to other modern remakes of the story?

This version is special because it doesn’t need to rely on classic Neverland to carry the story. It’s a completely detached world, but has glimpses of J.M Barrie’s original work. Not being tied down as a children’s fairy tale allows us to talk about topics like systematic racism and gentrification that is reshaping our cities today.

In five years I’ll still be doing what I love most, creating stories that influence culture. In a lot of ways, I see myself doing what I’m doing now. The only difference is that I hope to be taking my mother with me to the Golden Globes or Oscars.

Have you worked with any mentors before? Would you recommend them for up and coming filmmakers?

Many of my mentors have come from my work in advertising. Creative directors, photographers, and producers. In a lot of ways advertising is the same as the film industry and I’m trying to bridge those gaps.

I’ve been working with Alex LeMay, who has been giving amazing insight into my transition into the film industry. I highly recommend reaching out to him and checking out his YouTube channel.

What has been your biggest success and failure so far?

Oh, what loaded question! I always look at failure as a pathway to success. However, my biggest success was realizing I wanted to start a business that could help individuals be creative for the rest of their lives through storytelling. Oh, Ron Howard picked my first film Filter to win Canon’s Project Imagination. That was pretty unexpected.

Biggest failure though? I did work on a film in India that never saw the light of day. We worked months, day and night, to get the film produced and sadly it never did. It was so heartbreaking when it fell through, but what I learned from the experience set me on a path to understand how to manage and direct entire crews. So, it wasn’t a complete failure.

What’s your favorite movie of all time and why?

It will always be Saving Private Ryan. I still remember being 12 and looking over at my mother while she was in tears during the opening D-Day scene. From that moment on I knew the impact films can have on people. By the end I forgot I was even watching a movie I was that engulfed in the story. 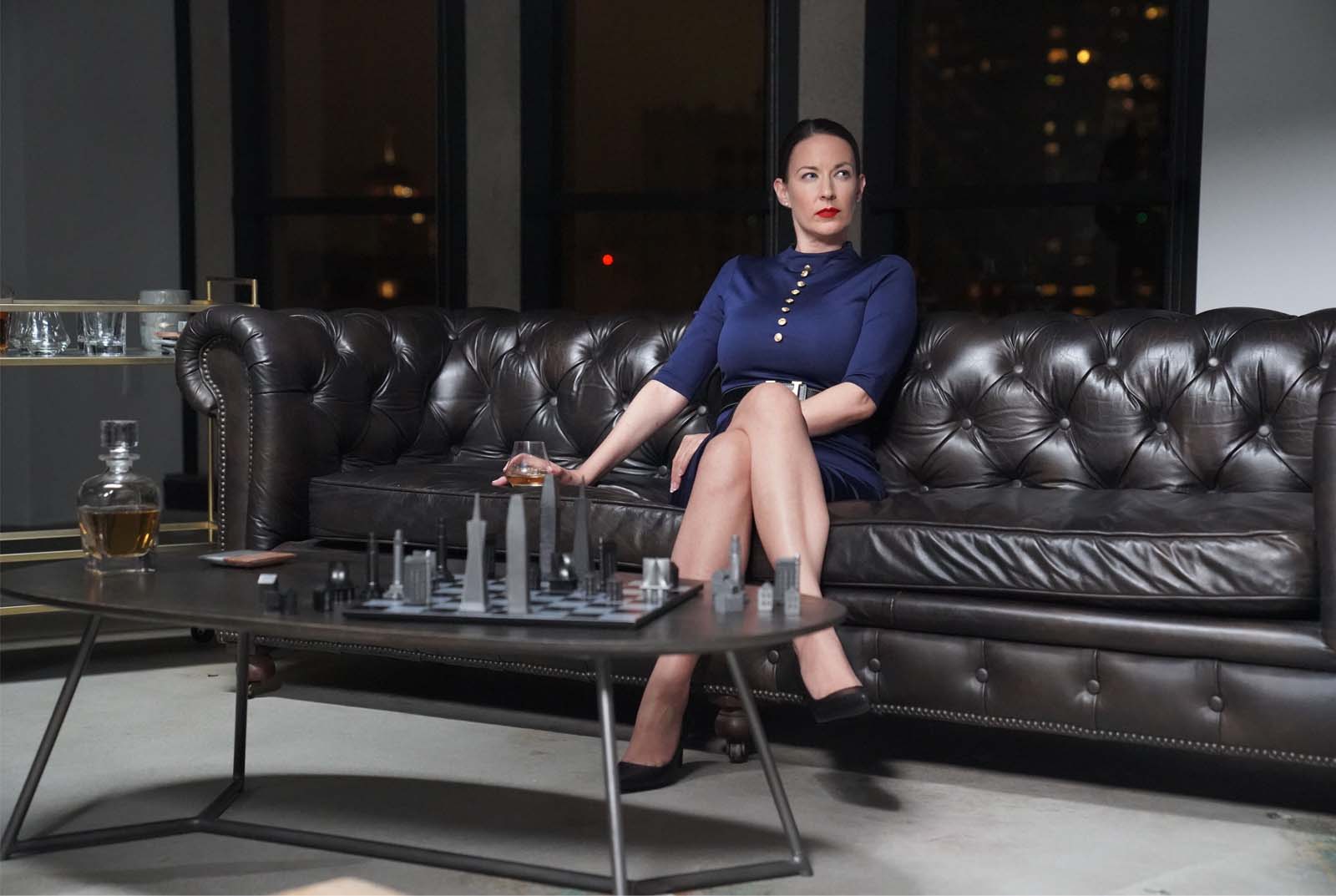 If any director could direct the story of your life, who would it be and why?

I think if Nicolas Winding Refn and Tarantino had a love child, and that kid became a director, I’d want them to direct my life’s story. They could take my seemingly mediocre upbringing and do something amazing with it.

Currently, I’m working on developing the rest of Season 1 of Peter Pan and formulating how Season 2-9 can play out. I have a few films/commercials that are on hold until production picks back up.

Daft Punk please. Does anyone have a connection?

I would consider myself a commercial director that is in love with indie filmmaking and storytelling. Wherever my career takes me, I’ll still think I’m just the 25-year-old intern playing around with that Canon T3i. 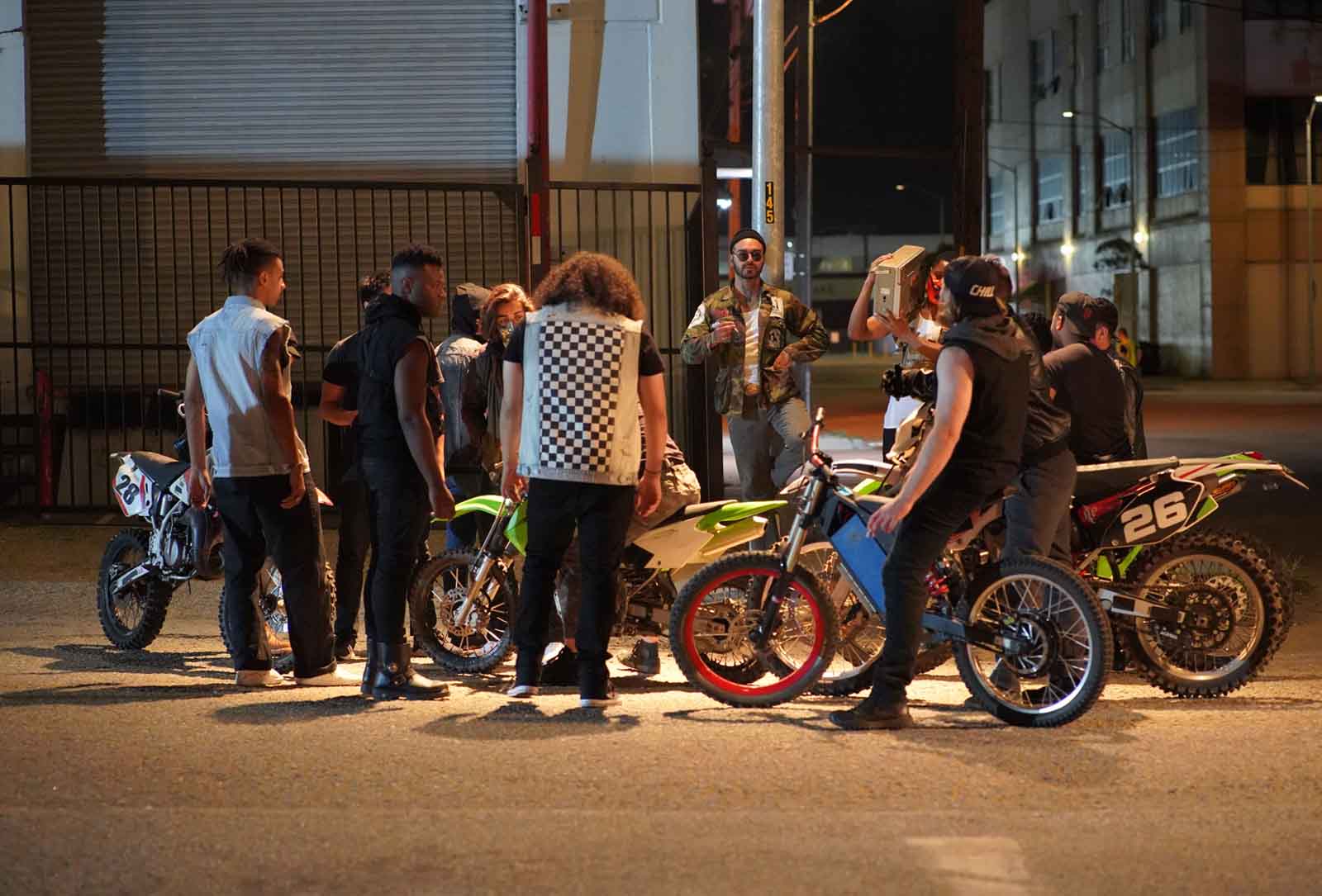 Are there any filmmakers we should be keeping on our radar?

What advice would you offer up and coming filmmakers?

I have two pieces of advice for new filmmakers. 1.)  Do everything yourself, you will quickly learn what you don’t like doing and what you love. 2.) When you are shooting, start by making sure your subject is centered in frame. If you don’t like the look of that, change it up, but at least by centering it to start with you give yourself a visual style you can easily use throughout your film.

(The last piece of advice came from an amazing creative director and mentor, Jon Randazzo, I still use it to this day.)