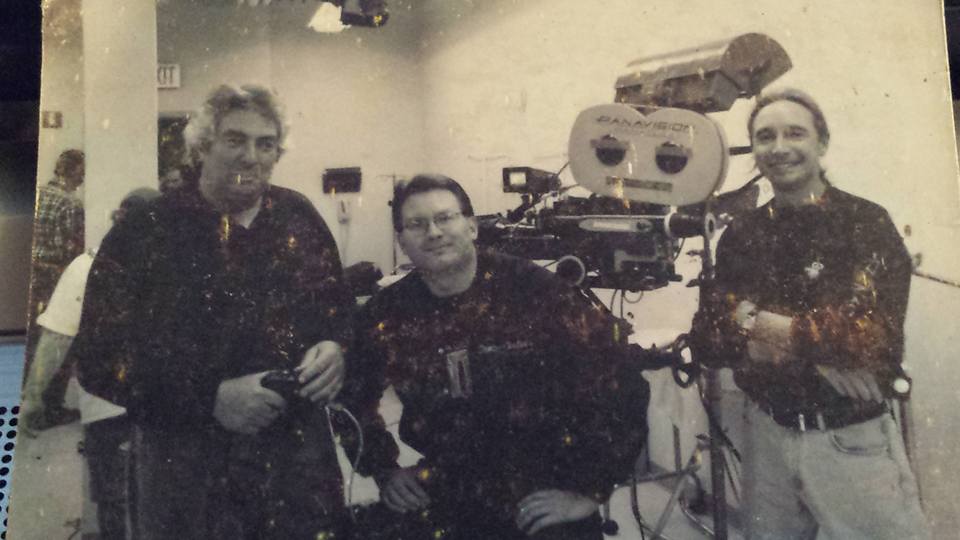 Paul Brenno interview: From the Air Force to filmmaking

Since he was a teen, Paul Brenno has been invested in photography, and making the best of a shot. But he knew he wanted to move into more moving images, and found a love of cinematography.

Spending some time in the Air Force, Brenno got his degree in film studies after leaving and hasn’t looked back since. Now, he’s showing off his latest documentary, Coronavirus vs The Magic City, which looks at COVID-19’s effects on a small town in North Dakota, specifically Brenno’s hometown.

We spoke with the director/cinematographer about his filmmaking journey and the process of filming during a global pandemic. 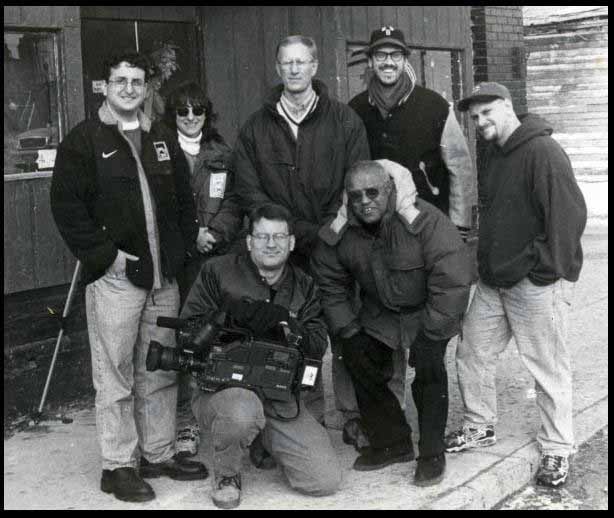 Your career started in the US Air Force, and then you went into films and received your BA in film studies from Montana Film School. How did this happen?

From a young age, I had always been in love with films, but when you’re growing up in Small Town, USA, you don’t realize you can make a living on it until I was in high school. I took a class called Media Arts (where we created videos from commercials to short films), plus my father worked as a salesman for a local TV and Radio station, so I saw the coolness of TV/Video production growing up, it was a real draw for me.

From seeing Superman: The Movie as a 10 yr old, to later in my life, when I saw the film Dances with Wolves, I just knew film was my career path, more specifically cinematography.

On a trip while I was in high school, I bought the American Cinematographer magazine (never had heard of it before), and fell in love with the art of Cinematography. I began to learn all I could about film lighting and read bios on as many Cinematographer or Directors of Photography as I could. The more I read, the more it clicked with me and one day dreamed of winning awards, maybe even an Oscar. 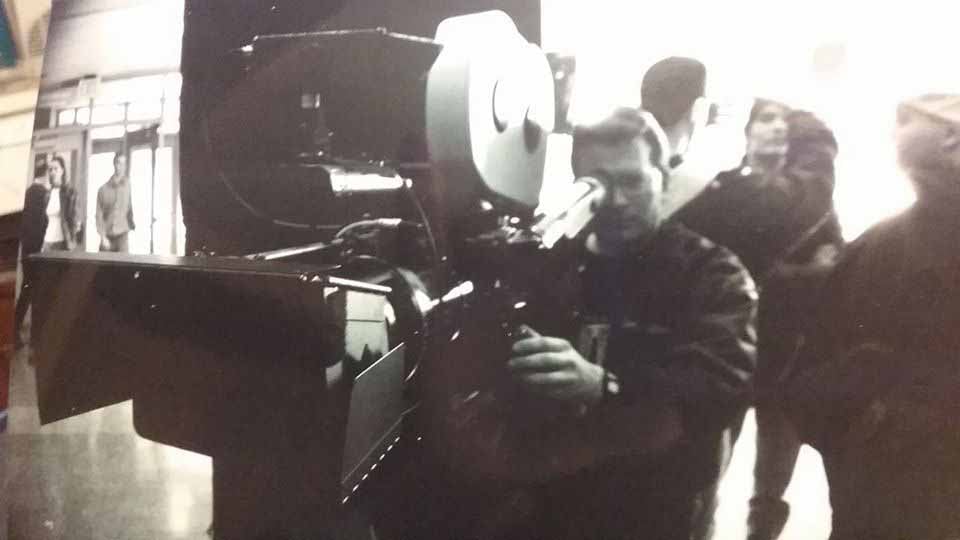 As there are really no film schools or film/video industries in North Dakota, I was wondering where to start my journey. I then joined the US Air Force to earn money, grow up, get a GI Bill for college.

While I was stationed in San Antonio, I got to meet Emmy-winning cinematographer Ken Lamkin (who was famous for his work on Frasier). Ken was super to me, today I still stay in touch with his family. 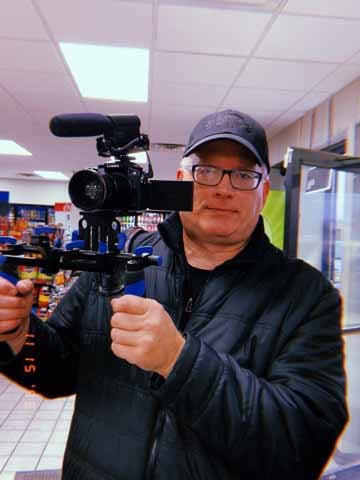 Once I got out, I went to film school in Montana, at Montana State University, Bozeman. I couldn’t afford film schools in CA or NY, but MSU in Bozeman was a great choice, since I learned all disciplines, great professors and got to meet my hero, Oscar-winning cinematographer Dean Semler (who won Oscar for Dances With Wolves).

That cemented my love for film, my career began in 1997, after graduating. Dean has been a huge influence on me, had the privilege of a phone conversation I had with him in Oct 2016 after I won my first Best Cinematography Award from Chandler International Film Fest in Arizona.

What was the first film project you worked on and how was the experience?

Hard to say my first project, as it’s been so long, I can’t really remember, but I started shooting cable tv ads for a local small company here in my hometown of Minot, ND. I was shooting on VHS, editing on Media 100, shooting commercials to longer form videos. The videos were basic, so they weren’t very good, but I learned a lot and was happy to be working in video. I was just starting my career, but loved being creative. 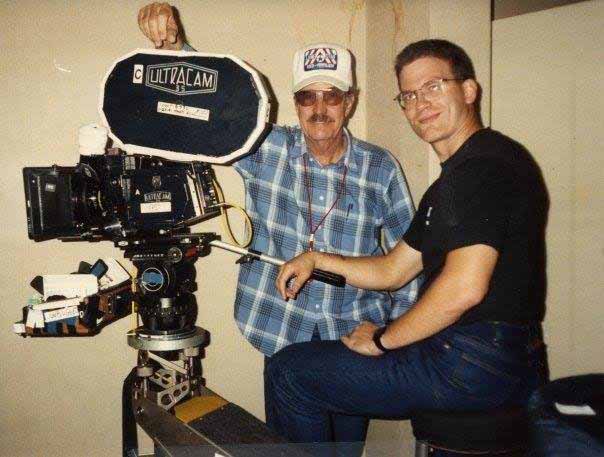 I always loved cinematography and lighting, but had to become a one man band right off, as there are no crews here to work with. Being a video producer/editor, you have to learn all jobs to find and get work. 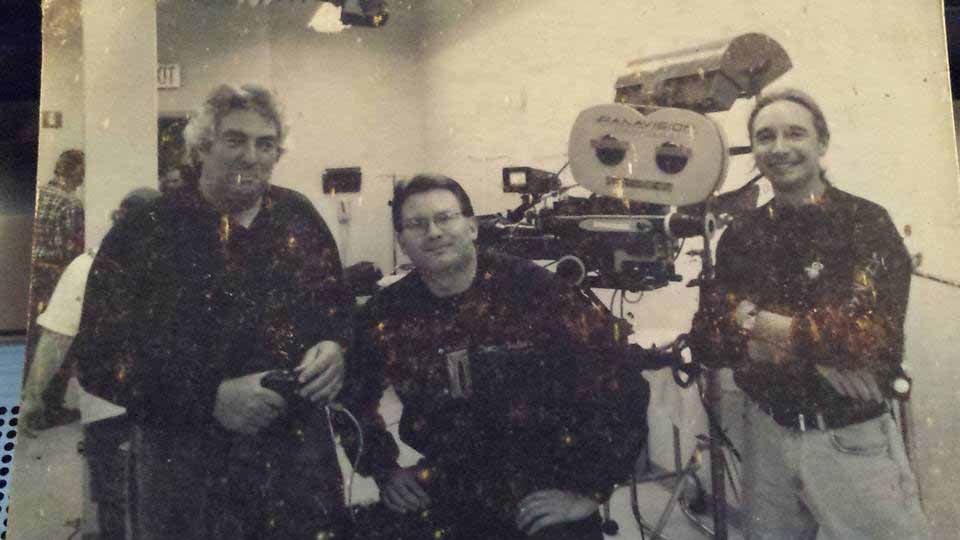 Is it difficult to distribute an indie film?

I’ve never distributed a film I’ve done, I’ve mainly produced/edited my work for local or national clients, then if I can, enter into film festivals. I hope one day I can make a film, then get it into distribution.

Your recent documentary film is about your community dealing with Covid-19. Tell us about this project and how it was for you to shoot the film during the Covid-19 epidemic.

Coronavirus vs The Magic City came about in March 2020. I was watching the news, but didn’t take it seriously, as I worked in news as a photojournalist for 3 yrs and didn’t like all the negativity, so went back to my first love of filmmaking.

When Coronavirus hit my hometown in late March/April, as businesses were starting to slow down, etc. I was out getting some food at a local restaurant, which used to be a client of my Dads when he sold TV/Radio advertising to the owner. 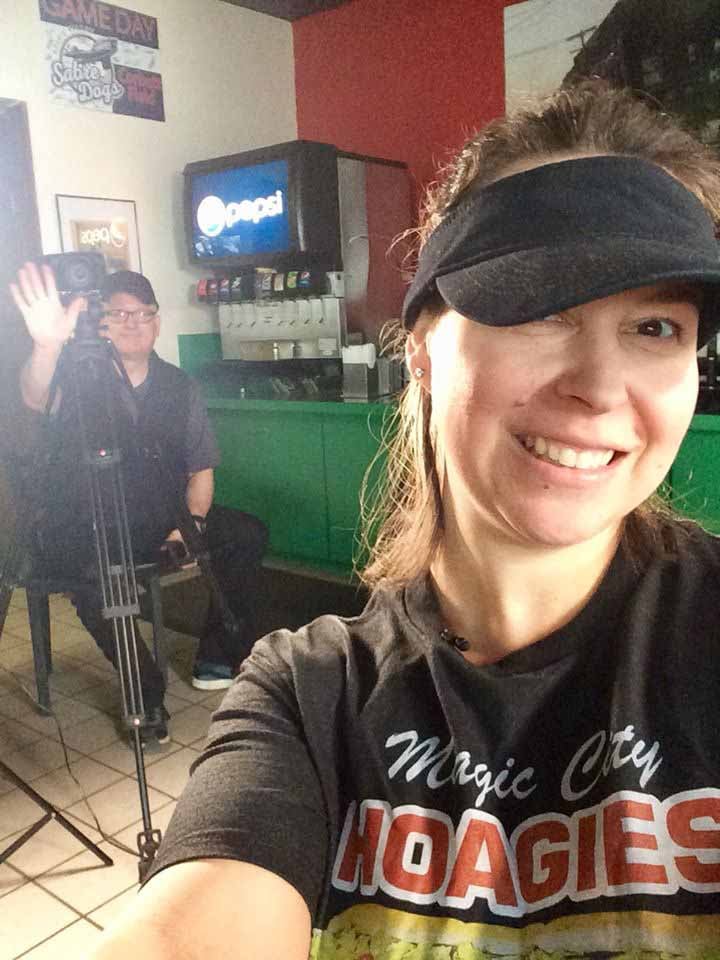 I was getting him a gift certificate and noticed sections being closed off, which is very rare for this place to do. The wait staff were just sitting around, which they never do, this place is always busy. I went back a week later and the Take Out Only was in place, so the restaurant was like The Big Empty. I began to think, this looks like a sci-fi movie!!!

That week, I then was looking on a filmmaker Facebook page, and a guy somewhere made a comment, like many others, about being bored and nothing to do, due to COVID.

I then began to think, “Why don’t I make a film about this??” My idea was to produce a short narrative film about two people talking about the COVID-19, and how it’s affecting them in a small city. I then thought, “I don’t know any two actors here, so why not make a documentary about how COVID-19 is affecting local businesses?” 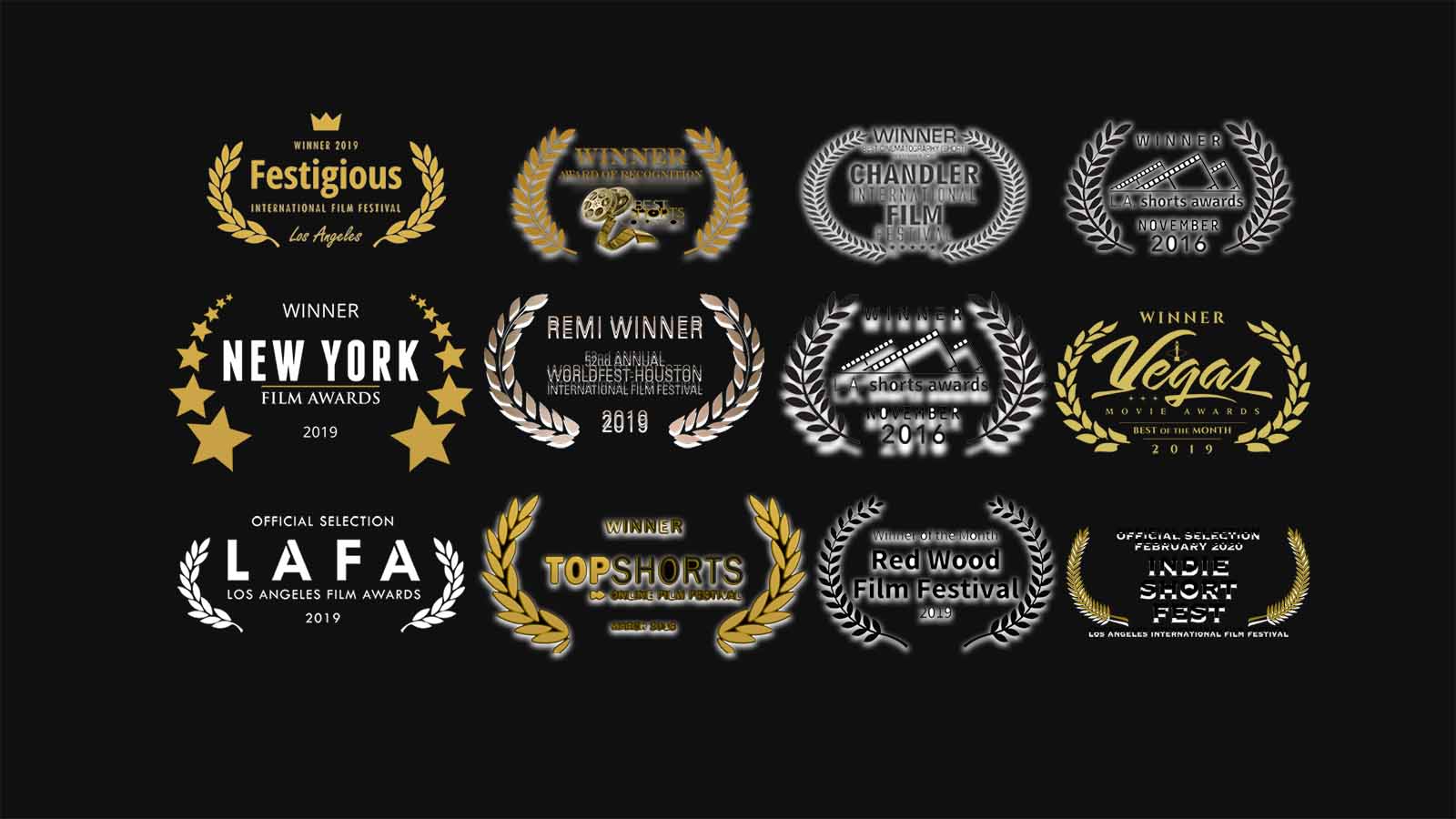 In 2019, I had produced/directed/photographed/edited my first feature documentary, which won several awards from NY to LA for directing and cinematography, so I knew I could get this done. I had a few businesses in mind, thought if I could get 5-7 various businesses of all different types, that might work.

Produce each segment to around 5 mins, it’d work. I chose these businesses from some of my current clients (so they knew my work) then thought, “Let’s get all sorts from our local visitors bureau; a church, a restaurant, a health club to a gun range and education.”

My hometown went through a flood in 2011, came through ok, but the valley was more flooded than more higher hillside areas, which didn’t see any damage to homes or businesses. I thought, “How are businesses being affected by a government controlled disaster, since they are shutting us down due to health issues?” 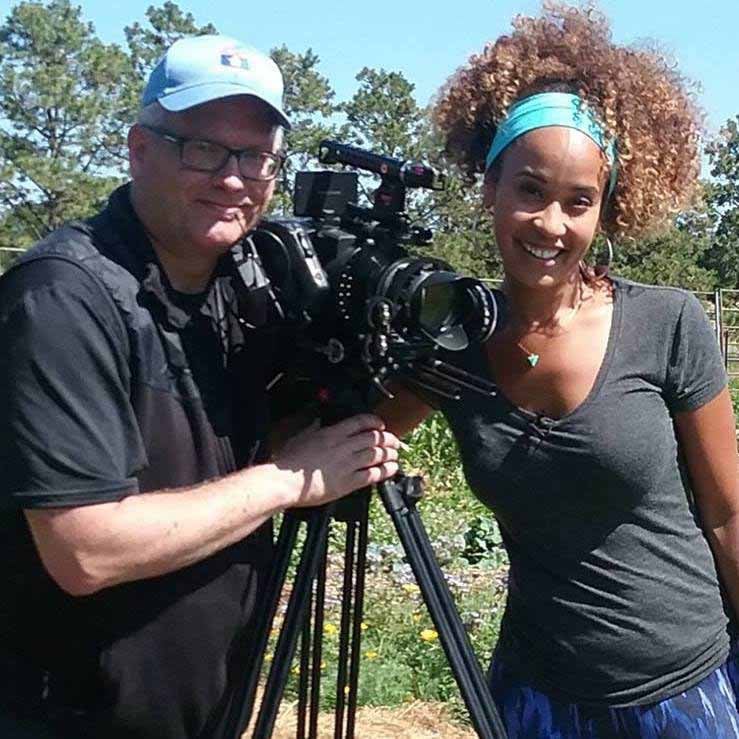 I wanted to know from the businesses what they normally do, where they were and how they first heard of the COVID-19, how it’s affecting their business/staff.

As this year is 2020 and “2020” being a great metaphor for seeing clearly into the future, how they do look at the future having gone through this? If the 2011 flood taught them anything or how do you keep going? I wanted to have them only talk about COVID-19 for a short segment, but keep things as positive as they could.

Tell us about your filmmaking plans for the future.

I’m currently seeking to relocate to Arizona and find a staff position or work regularly as a video producer, editor, or cinematographer. I have lots of family and friends there, I just need to relocate. I hope this year. Until I do, I want to do as much video production/filmmaking work as I can. 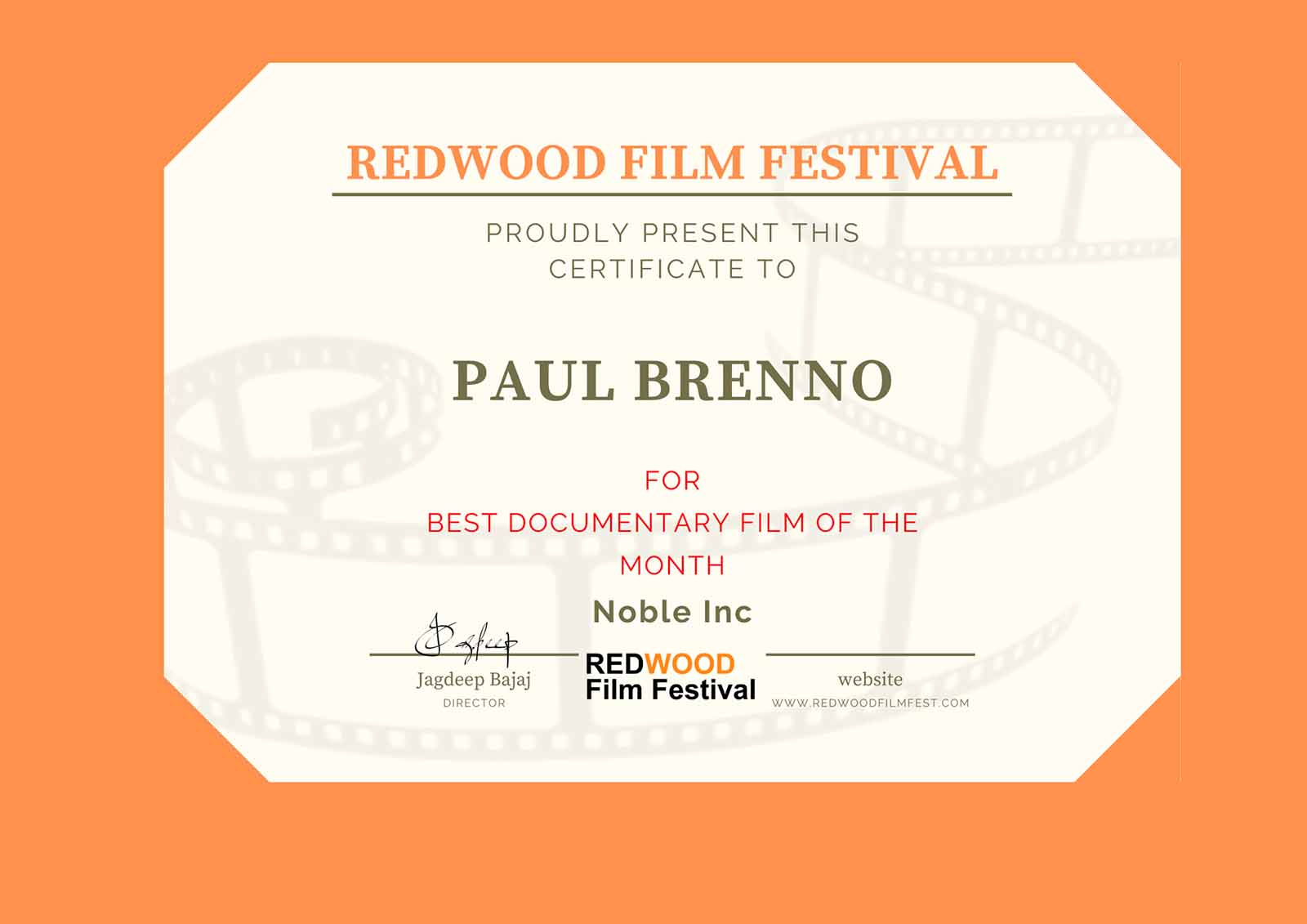 When I started shooting still photography as a teenager, I began to just love composing shots, directing the viewers where to look. Plus I loved lighting, color and making my work look as cinematic as I can. But I wanted my pictures to move, hence cinematography.

I had to work outside the industry during some rough times when I needed work, But what I missed the most, above all, is creating a great video story that makes people laugh, cry, learn or just really enjoy.

When I get behind the camera or when I’m working with clients on a commercial or video/film idea, the creative just clicks with me, It’s my area where I feel I do best.

I think of all the filmmakers I admire from cinematographer Dean Semler (Dances with Wolves to Apocalypto) to Christopher Nolan, to get a “Wow” from them is priceless. The honors and awards I’ve received are just icing on the cake for me, since I don’t do it for fame or glory, but I am a filmmaker since I love the work and love telling stories.