Wanna write? Here’s why you need to know the history of screenwriting

1. People of letters: Screenwriting scribes through the ages

Knowing the history of screenwriting may seem irrelevant because – hey! What’s done is done, film is constantly moving forward, and we want to write new stuff, not more of the same. Of course we need to find new people’s voices and stories, but you need to know where you’ve been to see where you’re going next.

Take the films of auteur Quentin Tarantino. Why do you think they’re so stylish and idiosyncratic? It has a lot to do with the history of film and screenwriting. Tarantino worked in a video rental store and watched movie after movie after movie there. His films are so damn memorable because of subtly paying homage to the screenwriters who inspired him. 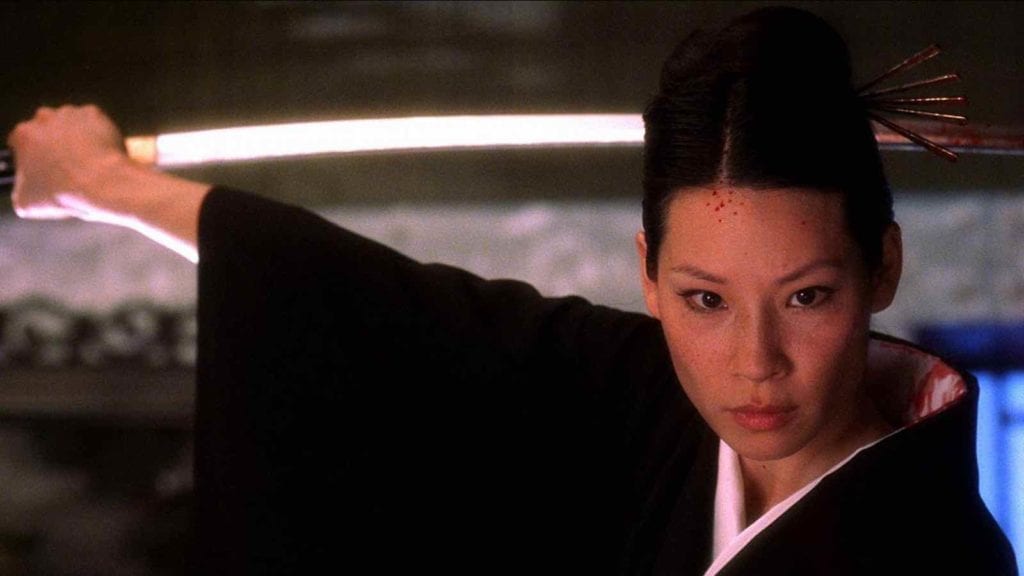 In Kill Bill 1 & 2, Lucy Liu’s character O-Ren Ishii was loosely based on the film Lady Snowblood, a story about a young girl born and raised to be an instrument of death. Consider O-Ren Ishii’s story and you can see the similarity – even down to her wardrobe. Remember, it’s not copying if you’re paying homage – just be subtle!

Tarantino doesn’t copy; he find the aspects that entertain him and considers a hundred different ways to show things in a different light or even improve on them. 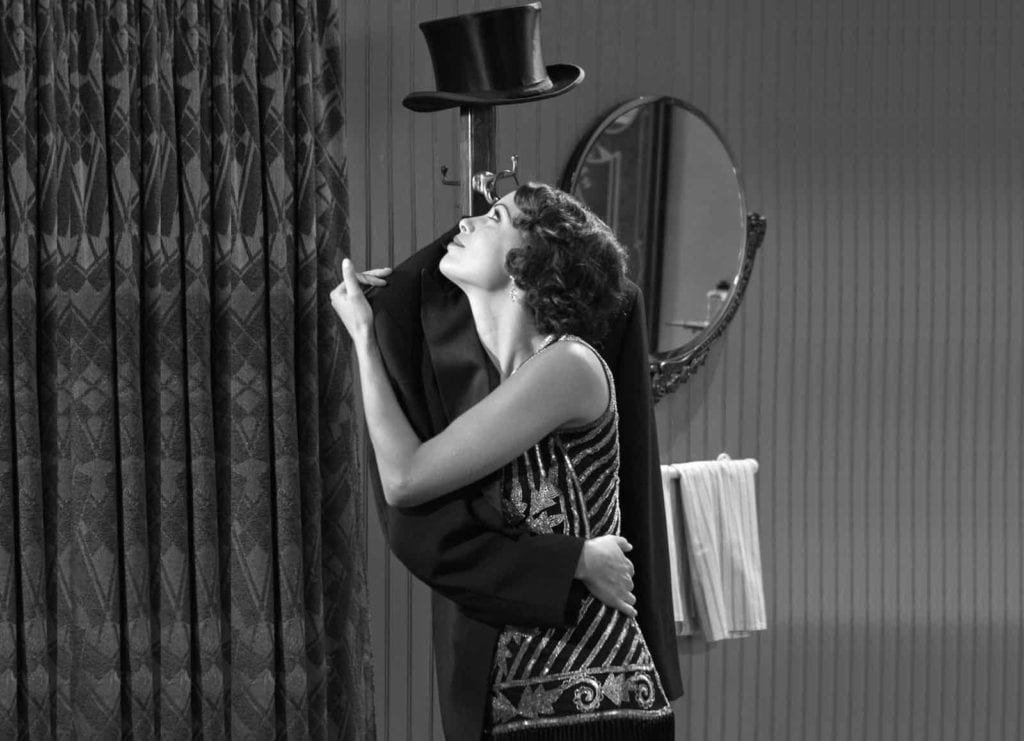 So what benchmarks can help you with your screenwriting?

Our advice: download the screenplays for the following movies whose screenplays are all excellent in their own way.

First up: The Artist. This screenplay masterfully blends silent with contemporary filmmaking. The plot is literally about silent films being pushed out by films with sound. Is film a purer form of art without sound? Read this script, watch the film, then ask yourself that question. 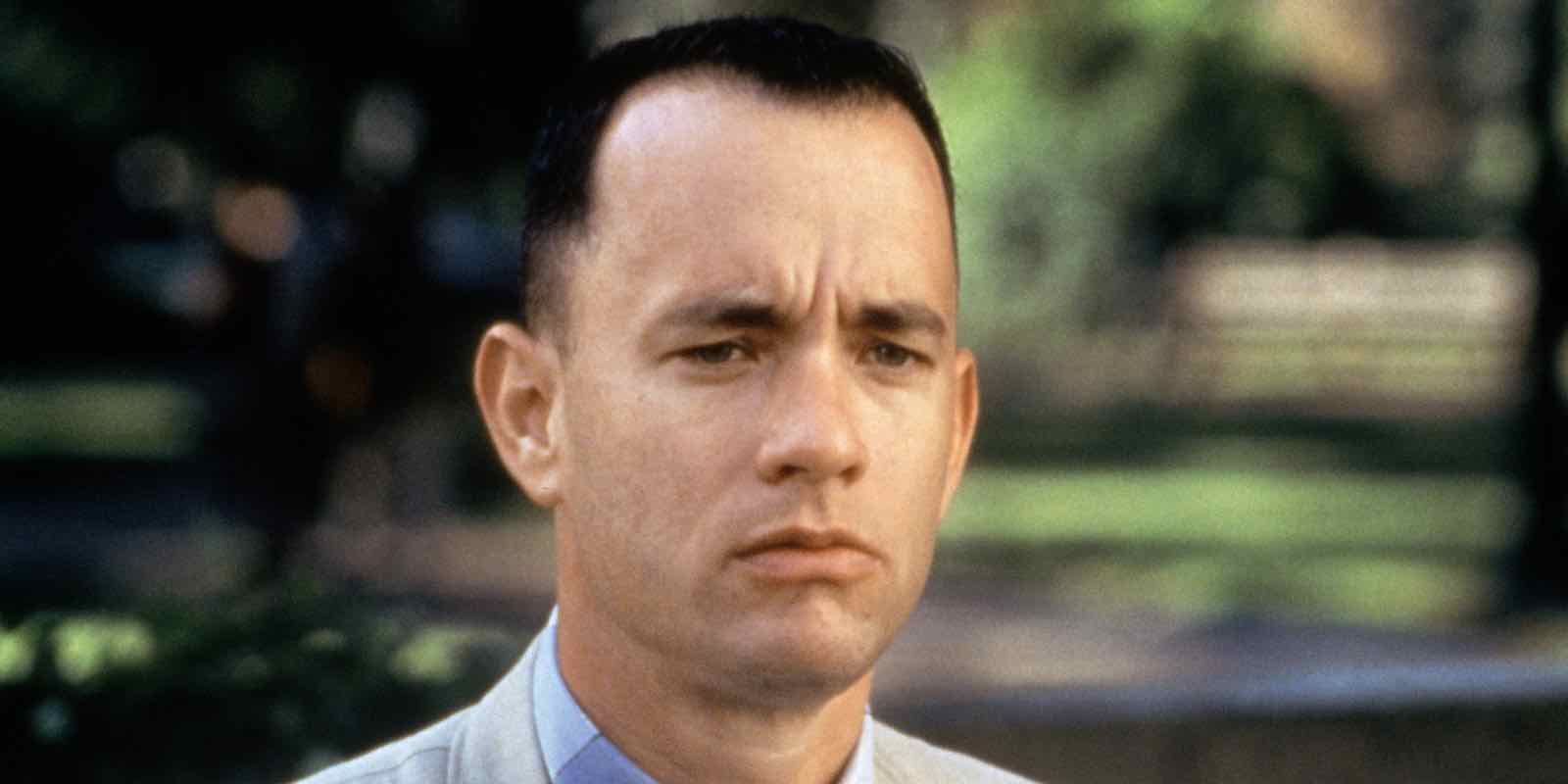 Second: Forrest Gump. There is not a soul on the earth who has seen Forrest Gump and not been completely moved by its story of the most sympathetic sweetheart navigating his way through life and some of history’s most important moments.

Although Forrest goes to war, becomes a ping-pong champion, and finds himself on stage at MLK’s “I have a dream” speech, the character only has one very simple, heartwarming goal: to be with his love, Jenny. Download and read the screenplay, then watch the film and see how the most eventful story can be told with the simplest narrative drive pulling all the chaos together. 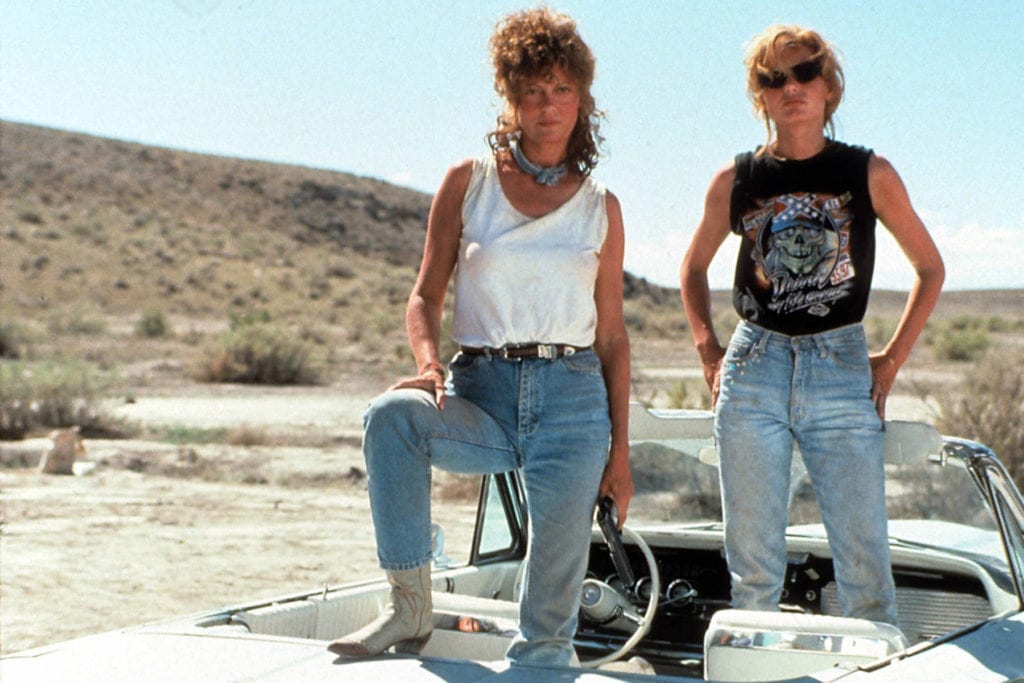 Third! Thelma and Louise. Every scene is impressive, starting from the brilliant protagonist introduction told visually via luggage packing (one meticulous, the other chaotic). The powerful message is that women in our society are forced to live a double standard. See how these dynamic characters change throughout the film and it will no doubt inspire you to write something great!

Learning your screenwriting history means more than just improving the quality of your work. You will learn why screenplays are the way they are – so you don’t blindly follow rules without knowing why they’re there in the first place. You will learn the exact things to inform your writing decisions – not mindless trivia.

Classics such as Casablanca and The Great Dictator teach the sheer power of dialogue, setting the bar early on. The Great Dictator’s brilliance revolves around its hilarious premise about a Jewish barber mistaken for Adolf Hitler. It remains a comedy right to the end, when Charlie Chaplin takes the podium and delivers one of the greatest speeches in movie history – a massive slam against Hitler. Beautiful. 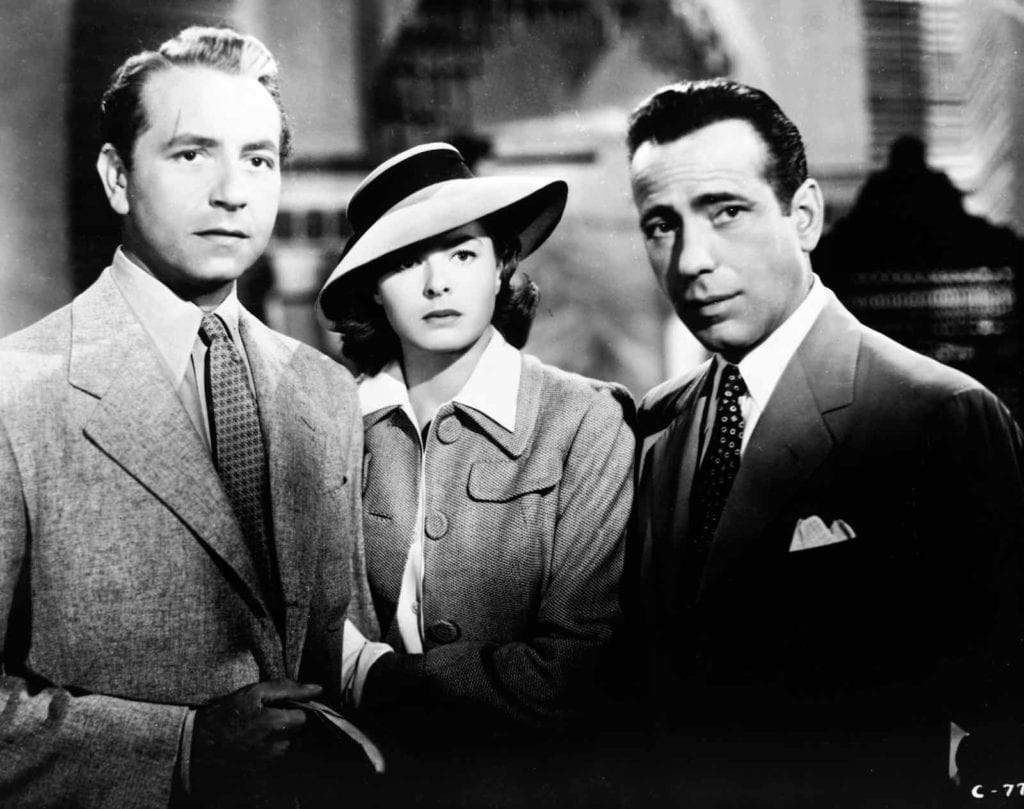 Casablanca taught us how to write complex, multidimensional characters while retaining approachable yet snappy dialogue. One of the most memorable characters in cinema, Rick claims he “sticks his neck out for nobody” but his honorable actions reveal his good heart. This vital contrast piques the audience’s curiosity early on.

You can apply history to your screencraft by letting the great screenwriters influence your work: embrace silent film and absorb the way to tell a story without dialogue. How did Charlie Chaplin tell a heartfelt story in 20 minutes, making you laugh and cry just with moving images and a mad organist at the back of the cinema. 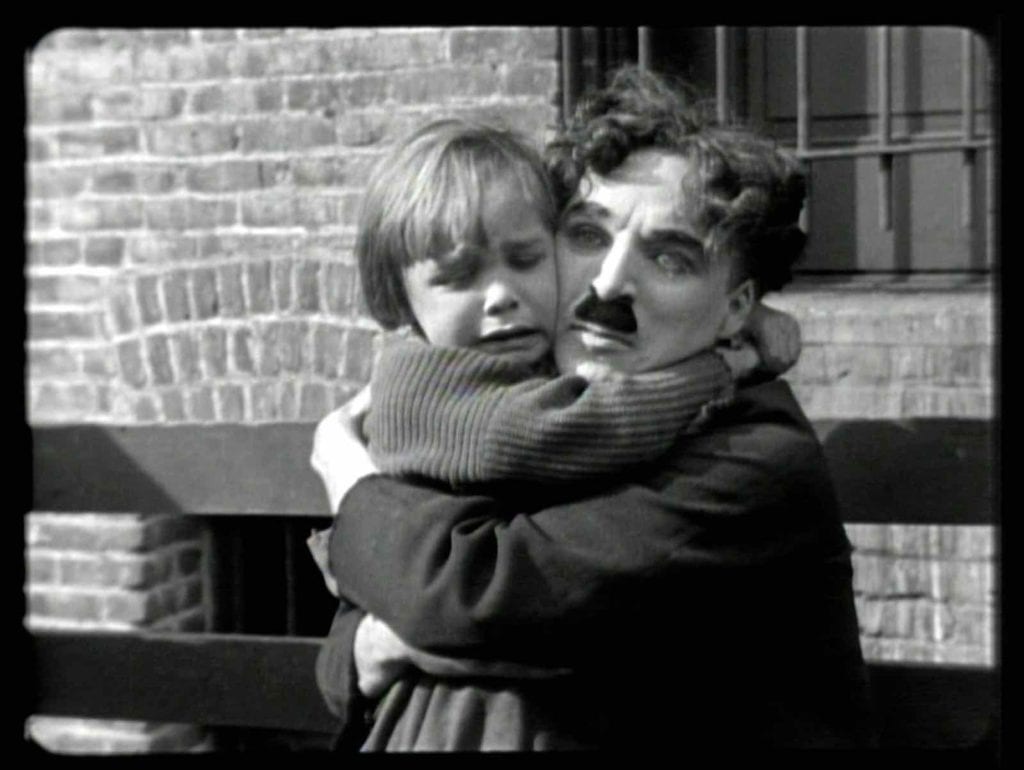 In Charlie Chaplin’s The Immigrant, two immigrants meet on a boat then part ways – but are later reunited in a chance encounter involving a devious waiter and the enthusiasm of an artist. Though love eventually conquers all in The Immigrant, we first see how to use relentless obstacles to prevent the protagonist from achieving a goal.

This is a reminder of a simple principle in storytelling: the stronger the antagonist, the better the outcome. Small hurdles result in a dull film – we want to see the main character face all the challenges possible. It reminds us to up the stakes in our own stories, constantly asking ourselves, “What else could I throw at my character?”

We’ll start preparing the Oscar – and we’ll see you soon! 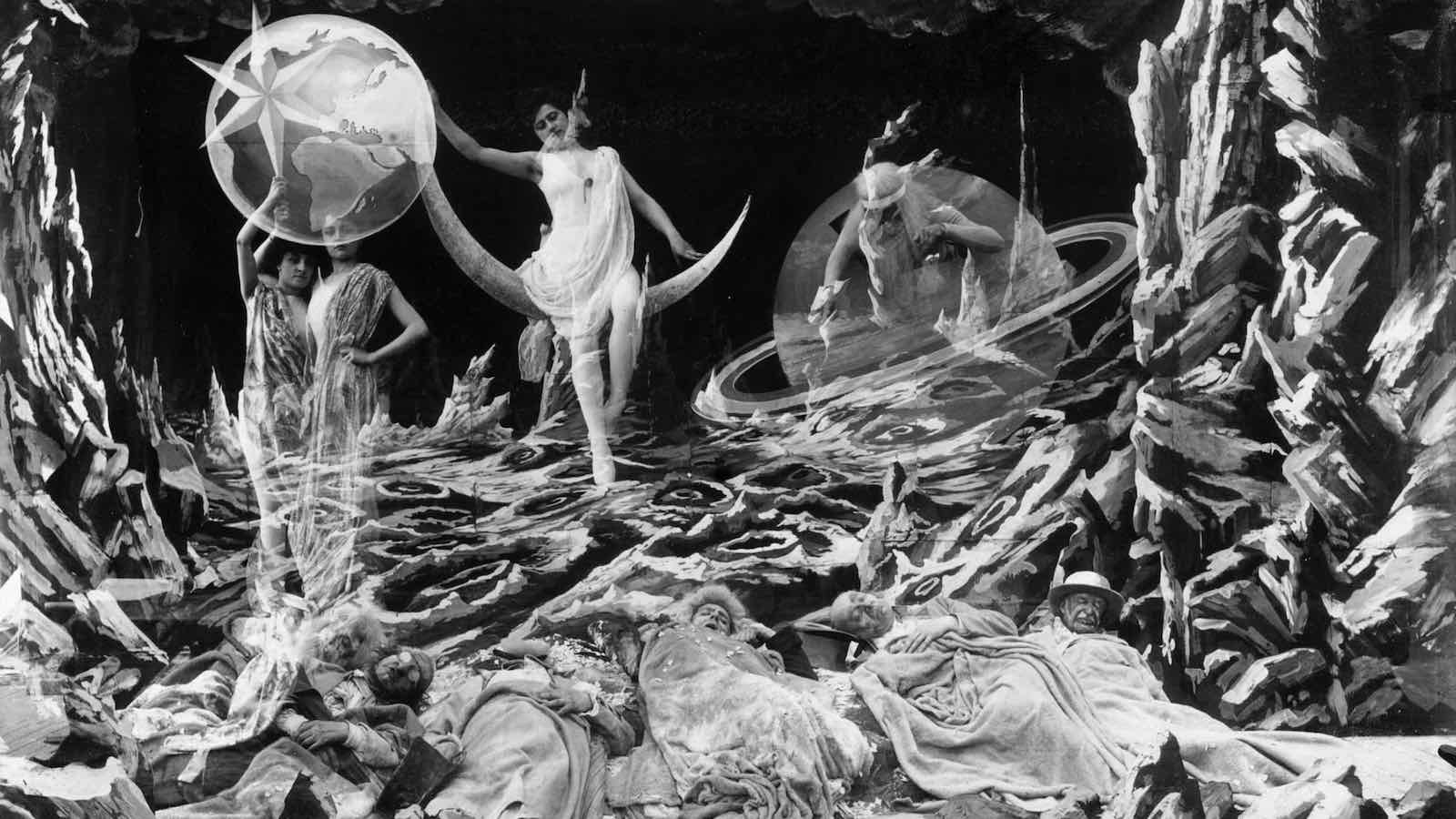 What sort of school would we be if we didn’t give you some tricky homework? Now make like a teacher’s pet and rock your first homework assignment at screenwriting school.

Search our Craft articles for great scripts to download. Here are a few examples to get you started:

You can watch A Trip to The Moon here.