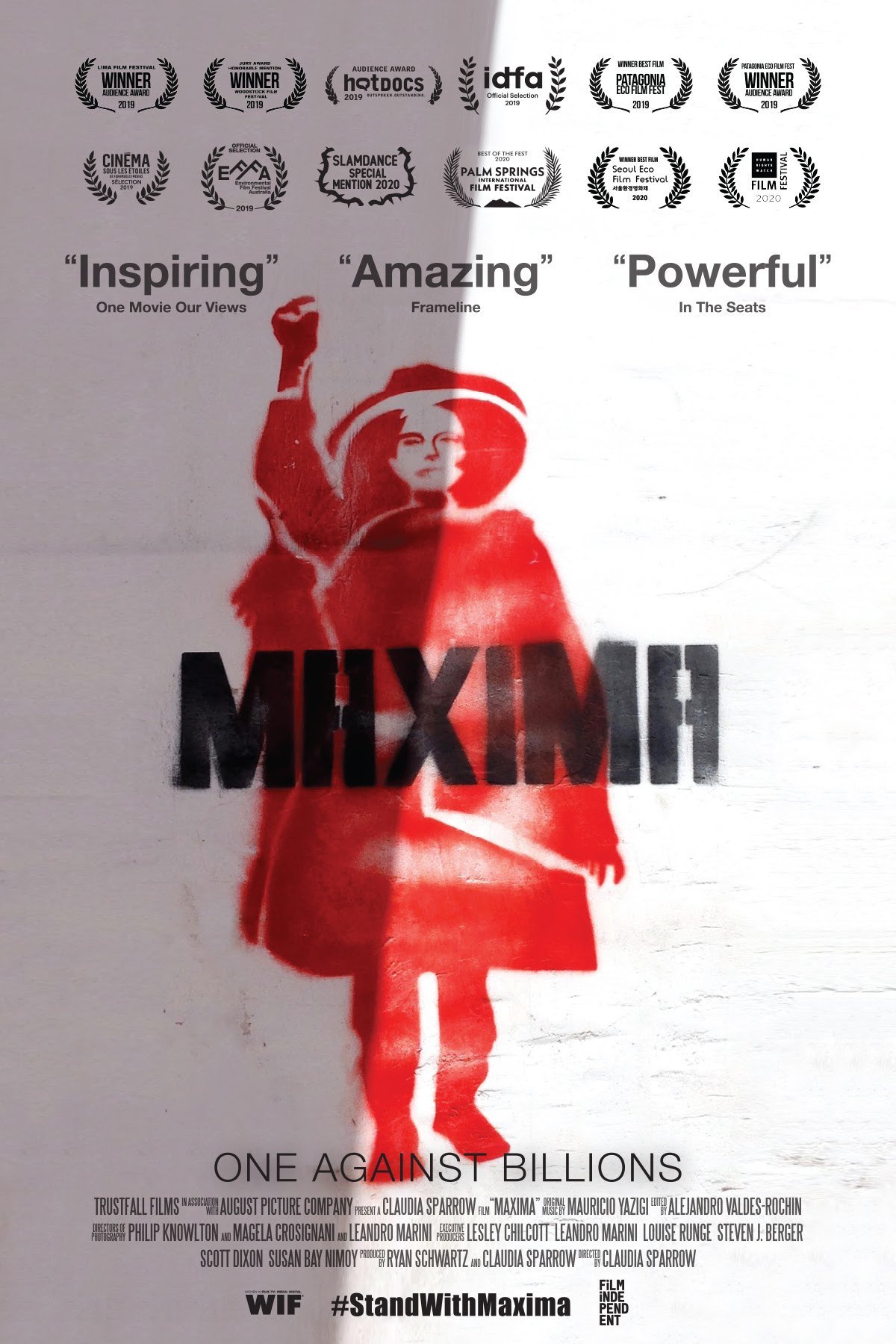 Claudia Sparrow is making her voice heard. The film director released her debut feature I Remember You in 2015, which starred Stefanie Butler (Stranger Things) & Joe Egender (The Night Of) and won Best Dramatic Feature Film at the Downtown Film Festival in Los Angeles.

Sparrow’s latest release, Maxima, sees the film director examine her Peruvian roots. The documentary follows a farmer named Máxima Acuña as she fights to protect her land against the US-based Newmont Mining Corporation.

We spoke with Claudia Sparrow about her mission as a storyteller and the life-changing experiences she had during the making of Maxima.

I fell in love with cinema at an early age, so filmmaking has always been my focus. I went to school for film and I have been pursuing my dream of telling stories ever since.

Is there any particular film or TV show that inspired you to become a filmmaker?

I was particularly moved as a teenager by Julio Medem’s film The Lovers of the Arctic Circle. The film felt like poetry and I was absolutely mesmerized by it. To this date, I still remember how deeply taken I was by that film. It definitely inspired me to aim to create equally powerful experiences for audiences.

How did you get into filmmaking?

My dad was a cinephile, and I grew up watching films on a daily basis, even during times when there were no movie theatres due to terrorist attacks that plagued Peru during the 80s & 90s. My dad always found a way to rent VHS tapes of both classics and the latest films.

As a result, most of my childhood memories are filled with images of films & experiences surrounding watching films. I was so incredibly inspired by cinema growing up that I decided that I wanted to become a film director when I was eleven years old. 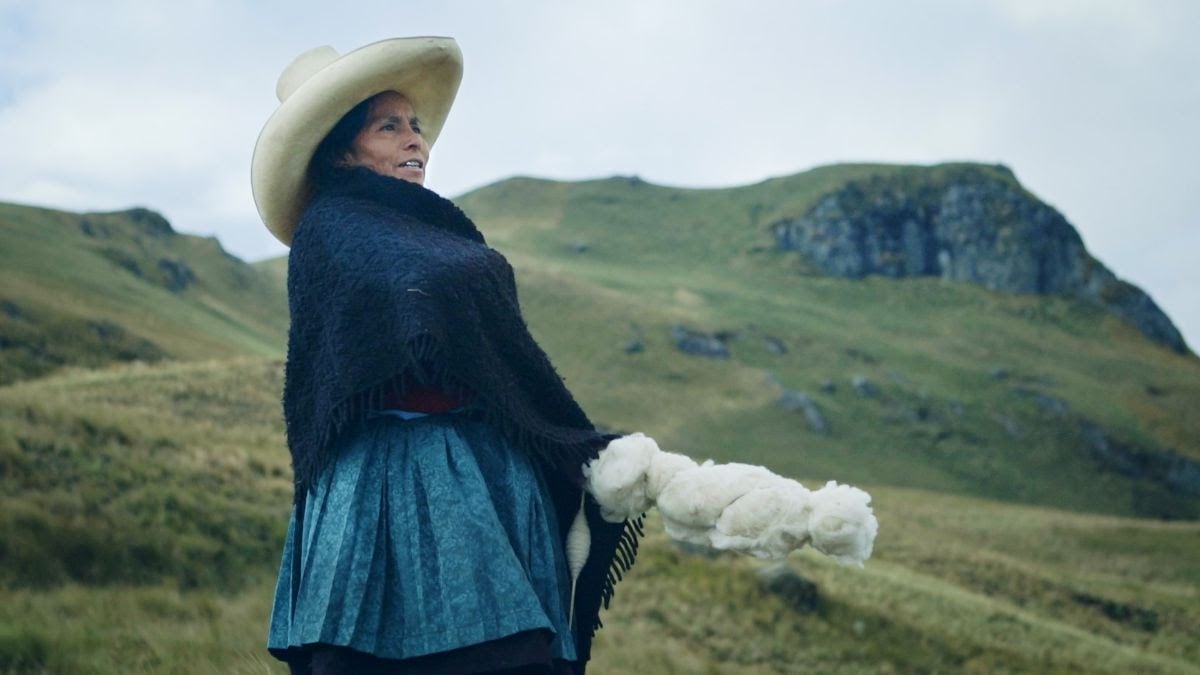 What was the first project you worked on and what did you learn from it?

My very first project was The Loss of Me, a medium length film that I wrote, directed, shot, and edited. I got to make that as my college thesis film, and I got a $800 grant to make it. That experience was 100% fueled by instinct. I really didn’t know the ‘rules of filmmaking’ per say back then, so I just grabbed a camera and went with it.

I learned my biggest lesson then which was to always follow your instincts, which actually became harder to do afterwards as the projects grew in size and budget, and suddenly there are so many voices and rules and opinions. As a filmmaker it’s critical to know your voice and trust it.

Yes, I have been extremely lucky to have had amazing mentors along the way. I would definitely advise up-and-coming filmmakers to make an effort to find one or a few. I actually regret being shy and not taking more advantage of some opportunities that I got early on to work with mentors.

Right now, I crave, need and look up to people who are actively working to make the world a better, healthier, fairer place for all. Because of my latest documentary project Maxima, I am particularly inspired by environmental and human rights activists, and they are inspiring both my fiction & documentary work at the moment. 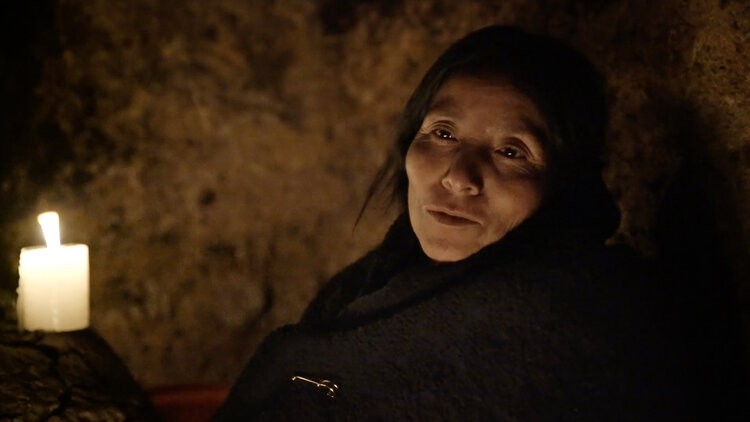 It’s all about the story. I may be driving, or running errands or doing whatever, and then something I see, hear or read will trigger a story idea or a concept and that’s it. I won’t be able to stop thinking about it for days. It becomes an obsession that consumes me to the point that I just have to start writing about it. It starts with ideas, rough dialogue, some visual inspirations and from there I will start writing a story outline, then the screenplay.

Yes, especially when I am in the process of writing a screenplay. I would listen to music that I think matches the genre, style, and feeling of the project that I am working on. I have also used it during pre-production, it brings very specific and real energy to the room and helps in communicating with your department heads. In most cases I find it very helpful.

What inspired you to create Maxima?

Máxima Acuña herself inspired me to make the film. Máxima is an amazing woman, and a heroine, and she is fighting such an important fight for the environment & human rights that her voice deserves to be heard loud and clear around the world. Now more than ever. We need more women like her, and more inspiring stories like hers. 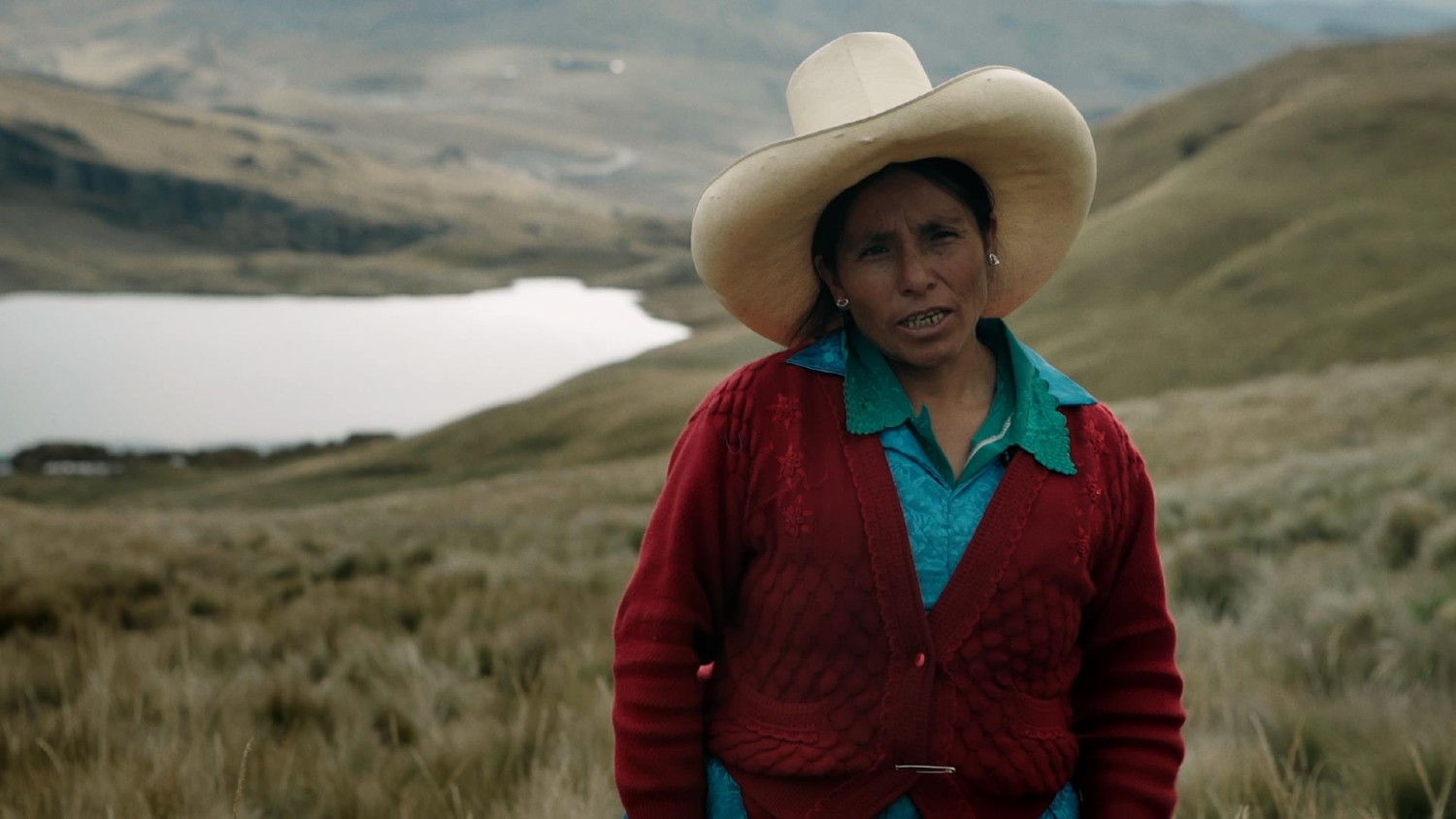 Were you familiar with Máxima Acuña’s story before working on Maxima?

I was not familiar with her story, and I was actually disturbed by that fact. That is another reason why I decided to make the film because I realized that even though her fight had been going on since 2011, most people in Peru and in the U.S. didn’t know about it.

What was your experience working on the doc Maxima?

It was one of the most powerful and important experiences of my life, both personally & professionally. It opened my eyes to realities that I can no longer ignore or be passive about and that now influence how I live my life, from what I purchase, eat, drink, and wear, to the projects that I work on.

As a filmmaker, it forced me to get out of my comfort zone and push my own limits because I was in a situation where I had no control of the events. We never knew what was going to happen, or how, or when, and yet I had to be prepared and constantly choose what to document and what not to. It was also a beautiful, empowering journey in which I got to meet extraordinary women and document their lives, so this film will forever have a special place in my heart.

Do you prefer working on documentaries or fictional films?

I love both. My focus will continue to be fiction projects, but I definitely hope to direct more documentaries in the future. 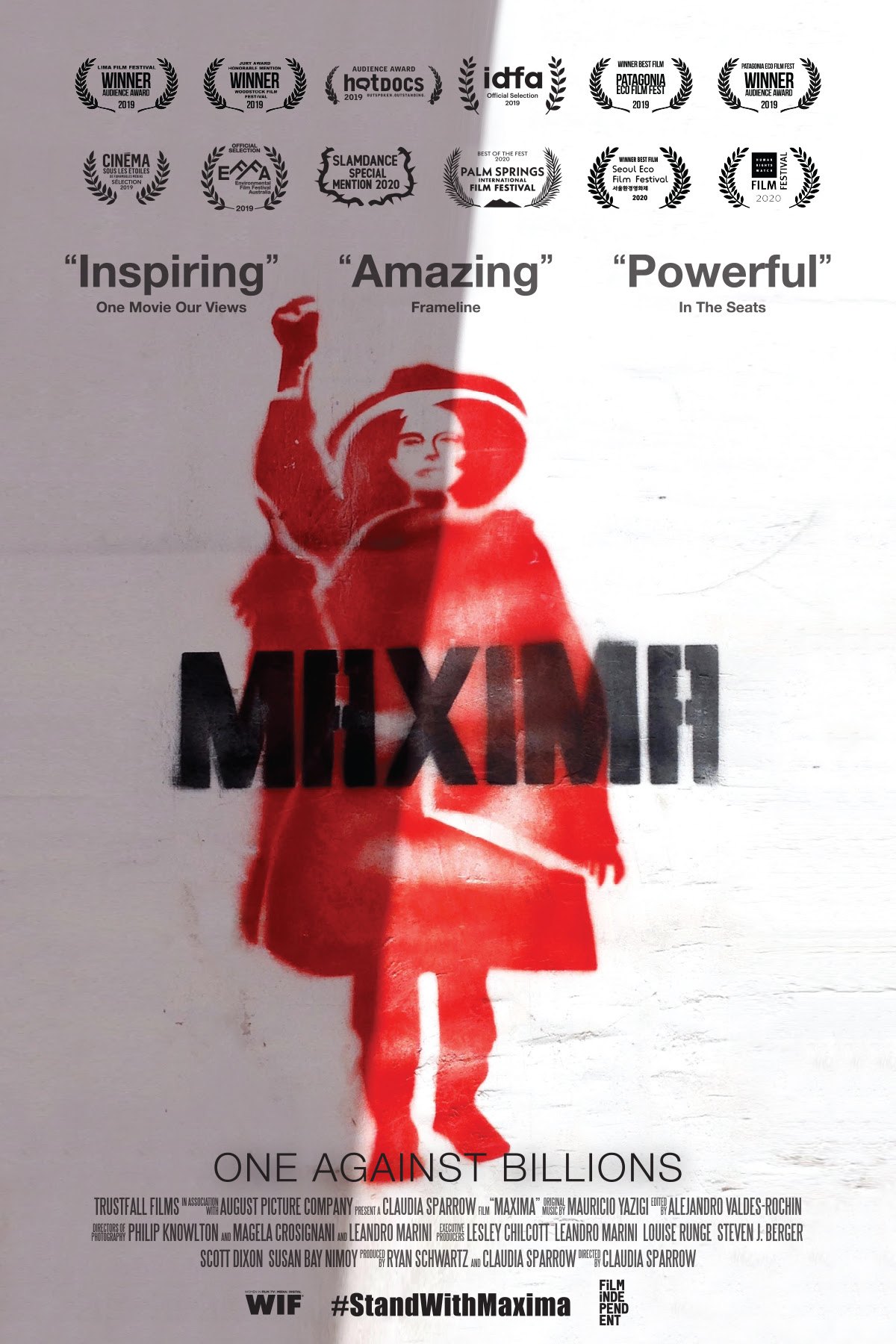 What’s your favorite part of filmmaking?

Editing is my favorite part because you get to spend one-on-one quality time with the ‘creation,’ the footage, and it’s a quiet, intimate process and now you get to literally build and put the story together in real time.

You tend to be very hands-on with your projects. What’s it like juggling so many roles?

I don’t think it’s always ideal, but sometimes you don’t get much of a choice. On one hand it is great when I get to write, direct and be one of the producers, but each role is a lot of work and responsibility and it is not easy to switch hats easily sometimes, especially when I am the director and a producer. But on the positive side, you have more freedom and creative control which is wonderful too.

I do consider myself an independent filmmaker, but I am open to all opportunities that come my way. I do hope that I get to direct a studio film in the future, I would love that experience actually.

Yes, and I really hope so! There is an episodic series that I have been working on with Scott Cushman, my co-creator, and we are really hoping we find a home for it soon, so fingers crossed! 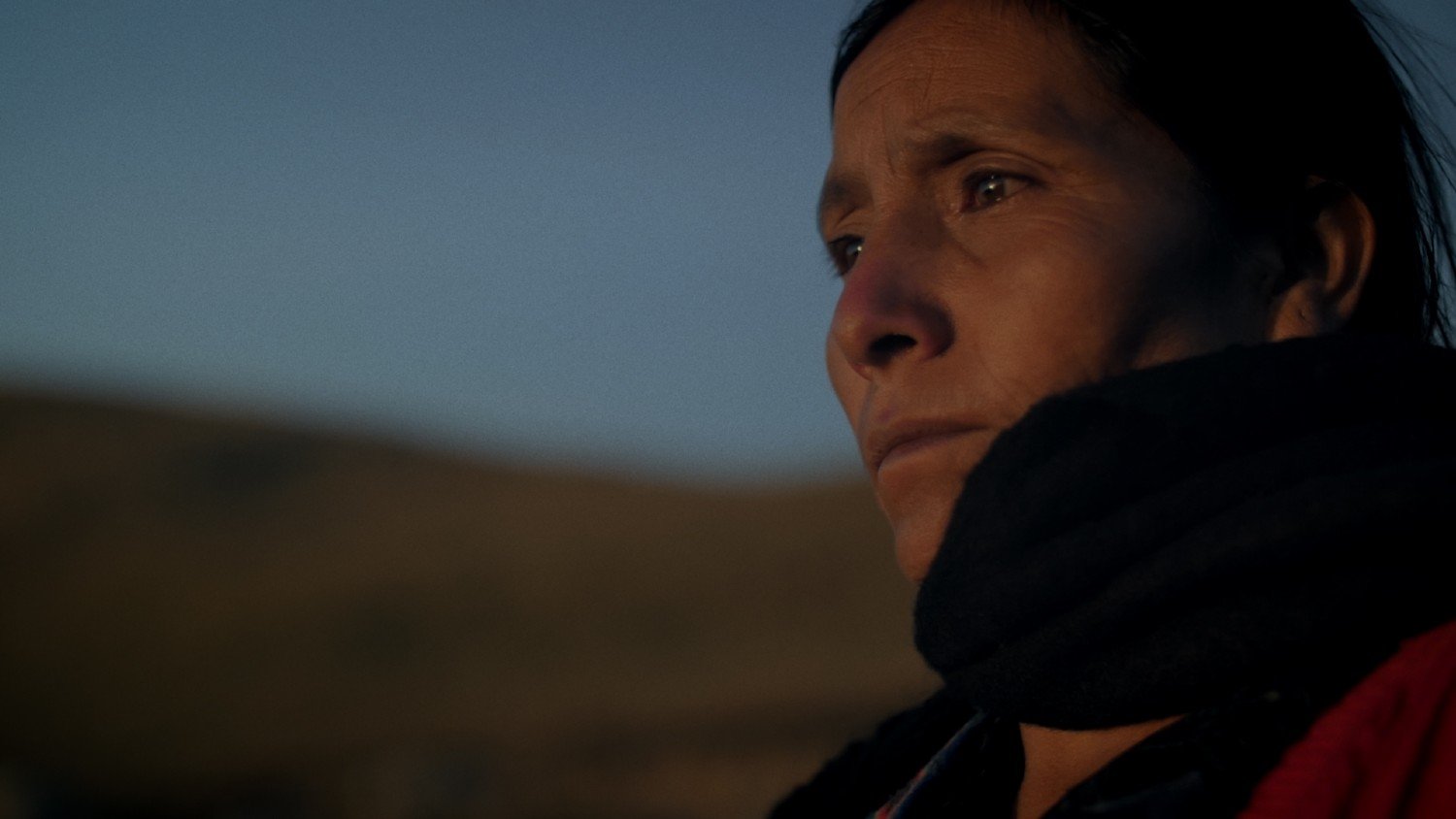 Pedro Almodóvar because he is brilliant, and a genius and he would be able to masterfully handle all the different genres and tones of my life so far.

It’s impossible to choose just one, but I am going to go with All About My Mother. It’s such a masterpiece.

I have a fiction feature film that I was supposed to direct early this year, right before the pandemic started, so hopefully we can start production safely in the next few months. I am also writing a new script & developing a documentary project, so we’ll see.

What do you hope audiences take away from your films?

I really hope that I am able to create powerful, memorable experiences that audiences are engaged, entertained and moved by, and that they continue to think about them even days and weeks after. 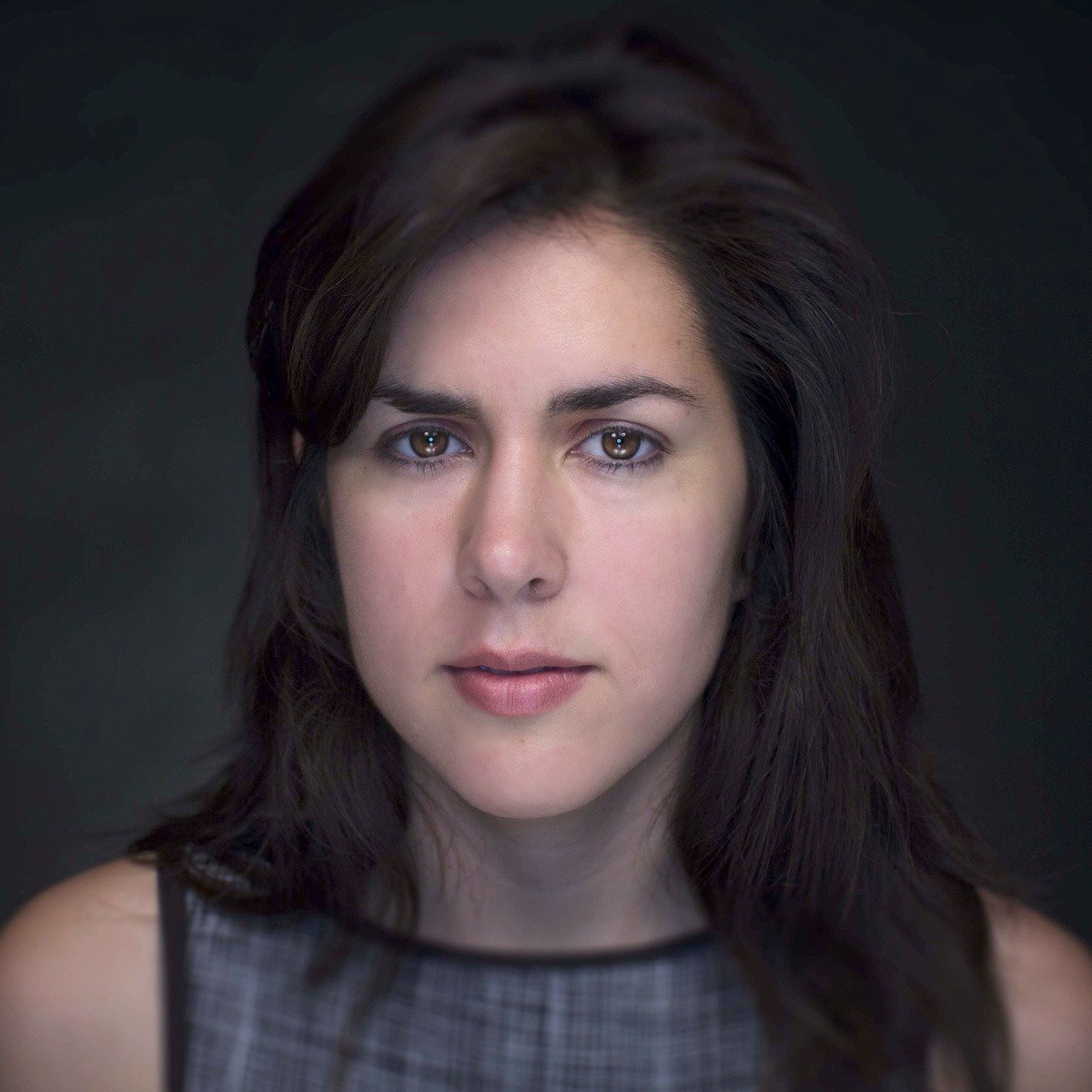 I work with the best composer in the world, Mauricio Yazigi, so he would be the one.

Are there any indie filmmakers we should keep on our radar?

Ashley O’Shay, the director of the documentary film Unapologetic, which she also shot, is currently playing at festivals. I got to meet her during the 2018 Film Independent Doc Lab, and I think she’s incredibly talented; she has a great eye & instinct, and she’s only getting started.

Is there any advice you can offer the up and coming generation of filmmakers?

Not to care about following on someone else’s footsteps, and not to be afraid to own their voice. What makes a film great is that unique voice and vision, and with all the new technology, making films has become more affordable and accessible, so I would encourage them to go for it.

These have been incredibly difficult months for the industry, but it has also become clear that it is time for some fundamental changes which I hope will open doors for new and diverse voices. So, go make films!