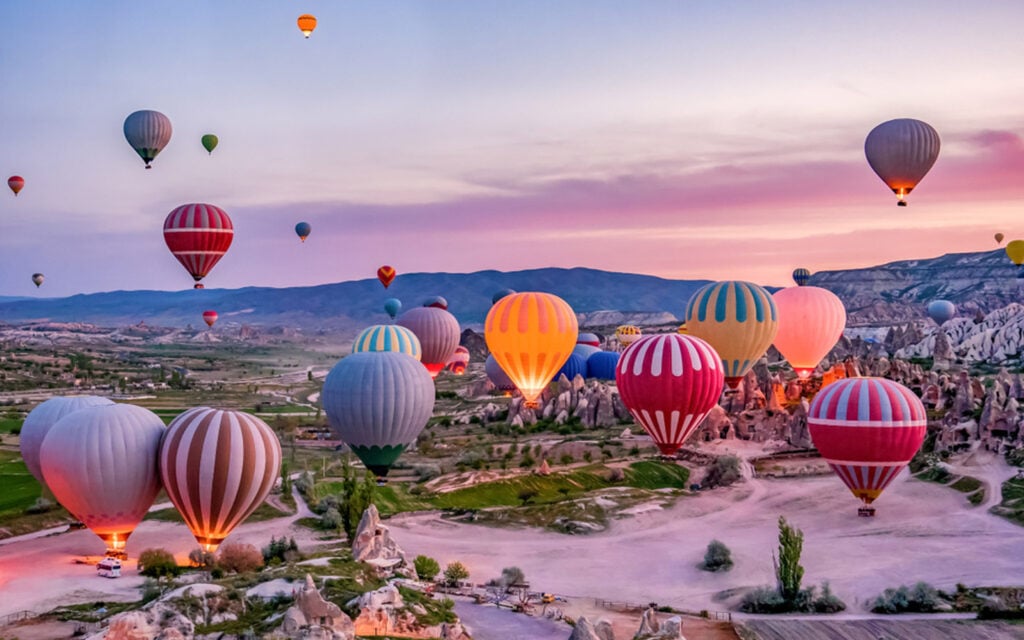 Turkey tourism is everything one can imagine and more. The country attracts millions of tourists every year especially because of historical sites, some of which are UNESCO World Heritage Sites.

Trust me, you will never get bored while you are visiting Turkey, whether you want to immerse yourself in the country’s rich culture or simply tan at the beach, you will definitely have the time of your life.

The Best Tourist Attractions In Turkey

Now let us take a look at a couple of the Turkey tourism attractions. There is something here for everyone, even if you want to go rafting or paragliding through the sunset, you can definitely do so in Turkey.

Istanbul is one of the best places to visit in Turkey. It is a city that blends Europe and Asia together to form something beautiful and unique.

The city is also rich with history and is usually the first place people visit when coming to Turkey.

The Grand Bazaar is one of Turkey’s biggest and oldest open markets, even in the world. It’s so big that it takes up 61 streets and is home to about four-thousand different shops. Just imagine the kind of shopping sprees you could pull off here (courtesy of your wallet).

Cappadocia is made up of a bizarre landscape that is ridged with mountains. In the past these were hallowed and carved out to form houses, churches and other structures. Cappadocia is also situated in a place called Taurus Mountains.

This unique place also has rocks that resemble something like magic mushrooms, or what some refer to as fairy chimneys.

Because of its high altitude, mountain climbing or hiking is a popular activity here, but if you’re not the climbing type, you can take a hot air balloon ride through the landscape.

Pamukkale honestly looks like something out of a fairytale or fictional book. In English it is referred to as the Cotton Castle and that is because of white-colored terrace structures or travertines. Some consider this a natural wonder. These structures are filled with water that looks like it comes from a blue lagoon but is actually warm.

The inhabitants of the ancient city of Hierapolis made use of this natural hot spring to treat themselves to something like a spa day, and so can you! Go ahead and bask in these warm waters which are also filled with plenty of minerals.

Antalya is a city based near the Mediterranean sea, and is among one of the best places to visit in Turkey. It has something for just about anyone, from beaches, mountains to climb, various boutique hotels, and cafes, to name a few.

The city also has some history. Travelers can visit ruins left behind by the Roman Empire’s reign, old towns, and plenty of historical structures. But if you are more into the modern world, there are also amusement and water parks in the city, as well as museums.

If you love the seaside and constantly having a view of crystal clear blue waters and strolling through beaches of white sand, Marmaris is the place for you. Bonus points if you love nightlife because Marmaris has that too!

This place is like a modern paradise, offering plenty of sightseeing, but one of the things about Marmaris that stand out the most are all the boats that dot the bay area and the buildings that encompass the hills.

This Turkey tourism attraction is just a few kilometers off the coast of Marmaris is Cleopatra Island. Cleopatra Island is conserved as a national park by the Turkish government but people are still allowed to visit the island. Some believe that Queen Celopatra and Mark Anthony would meet on this island in secret.

There are so many fun things to do near the Mediterranean, but the most common thing to do is probably just enjoying the whole Mediterranean coast as it is one of the best places in Turkey.

Some of the things you can do in the Mediterranean is take a day trip on a boat from Bodrum to Fethiye which are both very interesting places to visit where you will find Greek relics.

The Blue Mosque is dubbed as one of the most well known mosques in the world, and honestly I’m not surprised. Featuring stunning Ottoman architecture, the interior of this mosque is adorned with thousands of blue mosaic tiles which give the place an almost ethereal presence.

Of course those of the islamic faith come here to pray but non-muslims are more than welcome to visit the Blue Mosque outside of prayer hours, provided that they dress modestly with shoulders and knees covered, and with women wearing headscarves.

The Best Historical Places To Visit

From Roman ruins, to relics of the ancient world, Turkey is filled with remnants of the past. There are plenty of historical sites that travelers can visit. In this section of the blog we will take a look at some of these places and what they have to offer.

Now remnants of a once glorious port city, Ephesus now stands as a historical metropolis dating back from the Roman empire. Consisting of many pillars, lone walls, houses, temples and even libraries, Ephesus is a must-see!

One of the most popular sites in Ephesus is the Temple of Artemis, or what some call the Temple of Diana, which was built to honor the Greco-Roman goddess of chastity and the moon.

Ephesus has also been exposed to Christians and their religion in its history, with Saint Paul living in the city, too.

As amazing as this artifact of a place sounds, it only became known to humanity at around 1860 when archaeologists began to uncover it. The city has possibly existed even before the 1st century but till this day, the ruins are preserved relatively well.

The city of Ephesus can be found in the Aegean part of Turkey.

The Sumela Monastery also known as the Monastery of the Virgin Mary, is built in the face of a cliff near the coast of the Black Sea. However, the place was never fully built and if you were to visit the place today you will find religious imagery on the walls and empty hallways.

The Gagia Sophia Mosque is a gem in Byzantine architecture, and was almost turned into a museum to represent human history as a collective, but this plan did not come to pass and so the Hagia Sophia still remains a mosque.

The Topkapı Palace was home to the Ottoman Sultans for about four centuries. It’s a huge palace with lots to see but unfortunately not all of these places are accessible to visitors.

Sea lovers, this one’s for you especially if you love a nice quiet stroll down the beach. Patara is one of the world’s most beautiful beaches and also the most serene.

Much of its nature remains untouched by civilization, allowing nature to thrive in all of its glory.

Not far from Patara beach are the ancient ruins of a Lycian city that used to be there, home to a temple of Apollo, the Greek god of the sun.

Congrats! You now know what the best places to visit in Turkey are and soon you will be swimming in turquoise waters, exploring the remnants of the Ottoman Empire, or just enjoying a holiday, you can guarantee that you will love it in Turkey.

So get your bucket list and get ready to start ticking it off!

For more travel tips for other countries you can check out Desert safaris in Dubai, or Greek islands. 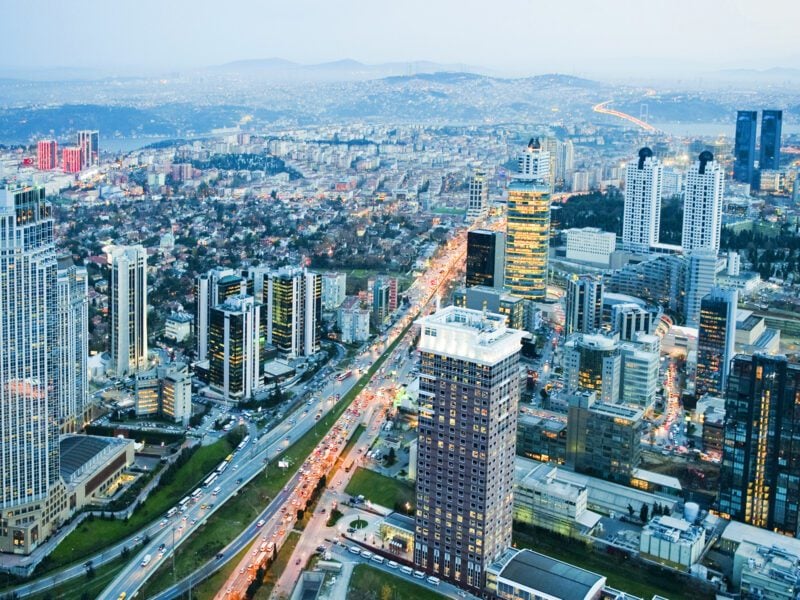 THE EMERGING BUSINESS OF FASTENERS IN TURKEY 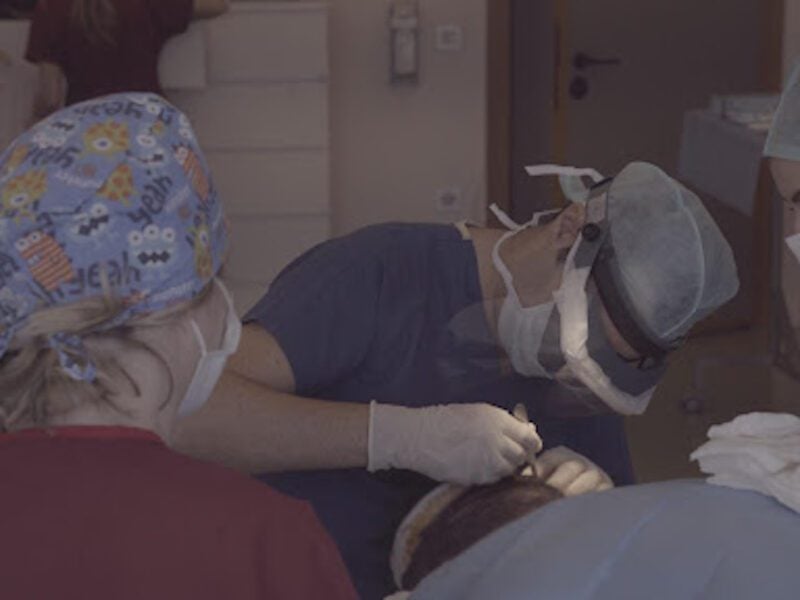 Hair Transplant Turkey: How Does It Work, Costs and Advantages 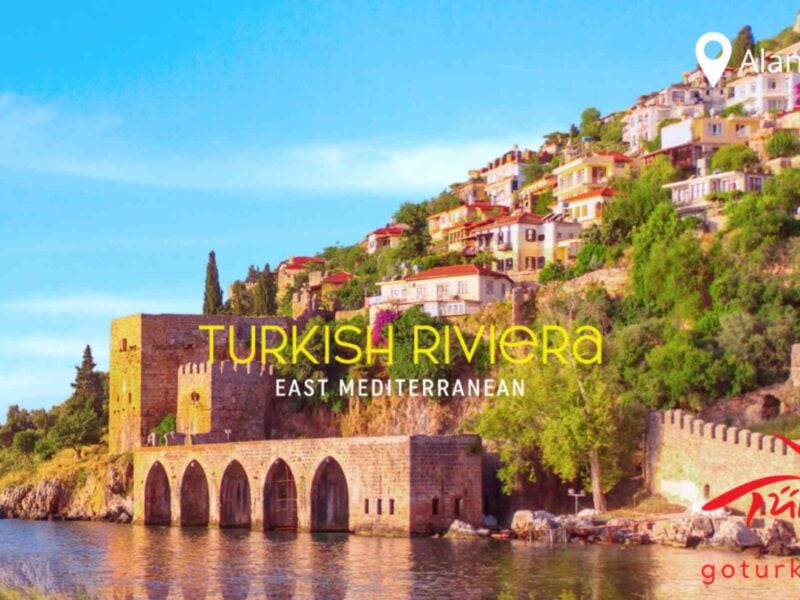 Your Next Vacation Destination: The Turkish Riviera