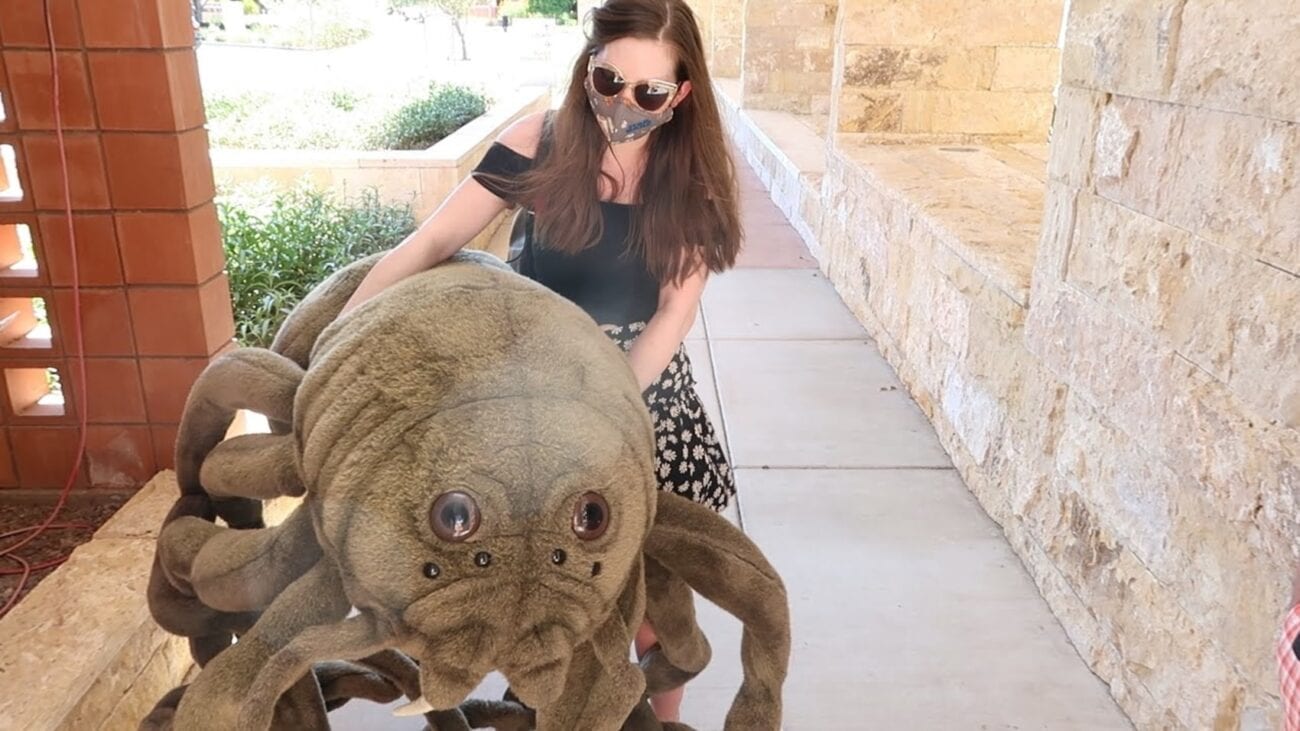 Jenny Nicholson is a famous YouTuber who reviews the most bizarre things you could ever imagine. Born in San Mateo County, California, Nicholson also had an acting career and is known for her role in the film Friendship is Witchcraft (2011). On August 2, 2020, she published her YouTube video called SPIDER QUEST, which received over 480,000 views.

In the video, Jenny Nicholson shows her 620,000 plus subscribers where she’ll find the ultimate “man-sized spider”. The video starts with an introduction to where toys come from and why Nicholson’s favorite stuffed animal was a spider.

The YouTuber’s favorite animal became the inspiration behind this twenty-three-minute video. Not only does Jenny look for the biggest Spider teddy in the world, but she provides us with information about the best toy stores around. This includes FAO Schwarz, a high-end toy store featured in the classic 80s movie, Big. The video features the toy store’s magical talking tree that was custom-made exclusively for FAO Schwarz.

Each section of FAO Schwarz had its own theme, immersing customers into their toys  –making it seem like they came to life. Jenny elaborated on her FAO Schwarz visits as a kid, explaining how a baby doll looked real thanks to the toy store’s “real nursery” display. Likewise, animals were displayed in “jungles” and fashion dolls were placed on toy runways.

In the video, Jenny Nicholson explains why she referenced the toy store in the first place: their gigantic, oversized toys, including spiders. She recalled seeing the spider from JK Rowling’s Harry Potter franchise and how it was positioned looming over her, “completely amazing” her. 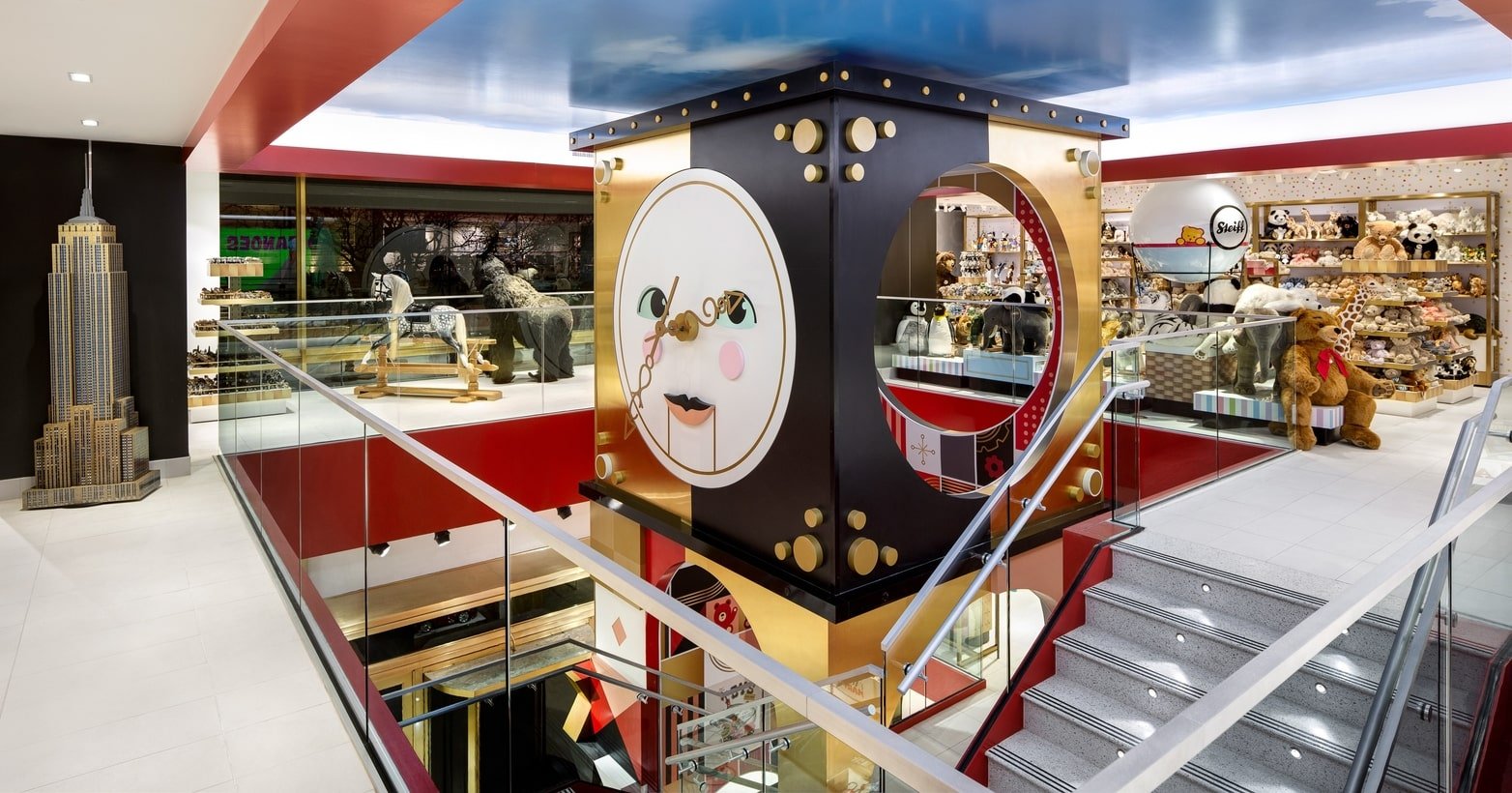 Jenny found a gigantic spider in Arizona with a hefty price tag, but she still made a plan to get the spider as soon as possible. She decided to make a road trip out of it, inviting her viewers to watch her wild adventure. The video shows her friends, including her sister, enjoying crazy cheese snacks & spider-themed music.

On the way to retrieve her dream spider, they took a drive to Oatman, Arizona and found themselves petting real-life donkeys in the middle of the street. As the day grew longer, Jenny & her team stayed in a haunted train motel which looked & felt like a Spider-express. 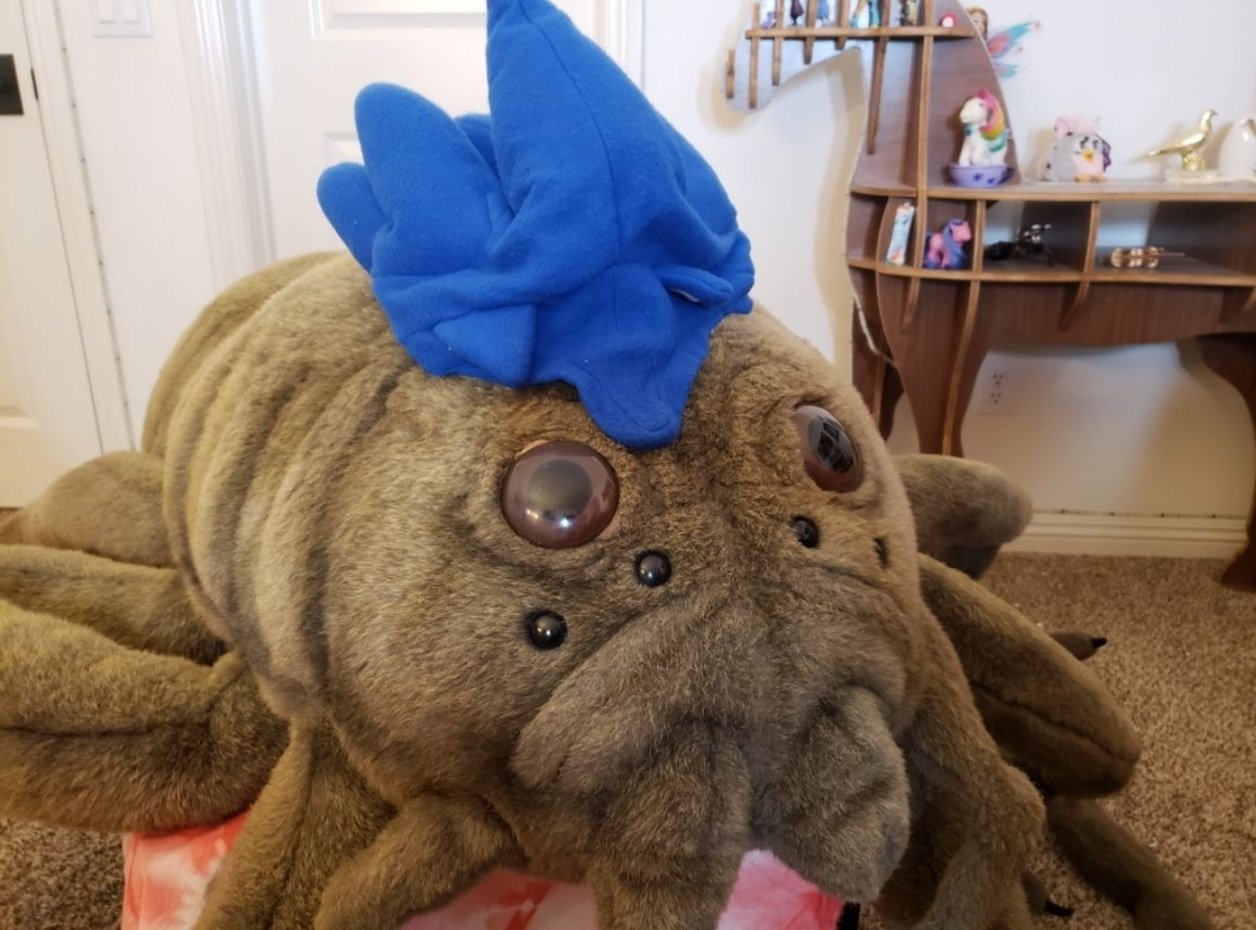 The quest continued as Jenny Nicholson booked a hotel near the abandoned campsite, Bedrock City. Nicholson explains in her video how Bedrock City had more than one location, including one in South Dakota and one in British Columbia. The theme park in Arizona officially closed in 2019, but luckily for Nicholson, she could walk around the abandoned park and become nostalgic for The Flintstones-themed roadside attraction.

Finally, Jenny Nicholson found her dream spider. Although the team was prepared with face masks due to COVID, it was hard carrying Nicholson’s new, big friend around. Nicholson struggled to keep the spider in her grip, but was definitely happy to get it in her car. She named the spider Aragog, like the giant spider in Harry Potter and the Chamber of Secrets who tries to eat Harry & Ron.

Jenny Nicholson dragged the spider into a room at The Tombstone Monument Ranch, a tourist attraction that’s set up like an 1880s western frontier town. In the video, Nicholson declares she loved the old furniture & tools that made the Western experience more realistic. In the very end, she & her enormous spider Aragog had dinner, enjoyed a game of pool and watched the sunset.

Although Jenny Nicholson & her team didn’t go out into nature much, they ended up seeing a real tarantula near the hotel.  They also snuck in a Western play and enjoyed their fourteen-day isolation immediately after the trip. As for Nicholson & Aragog, they lived happily-ever-after on our YouTube screens. 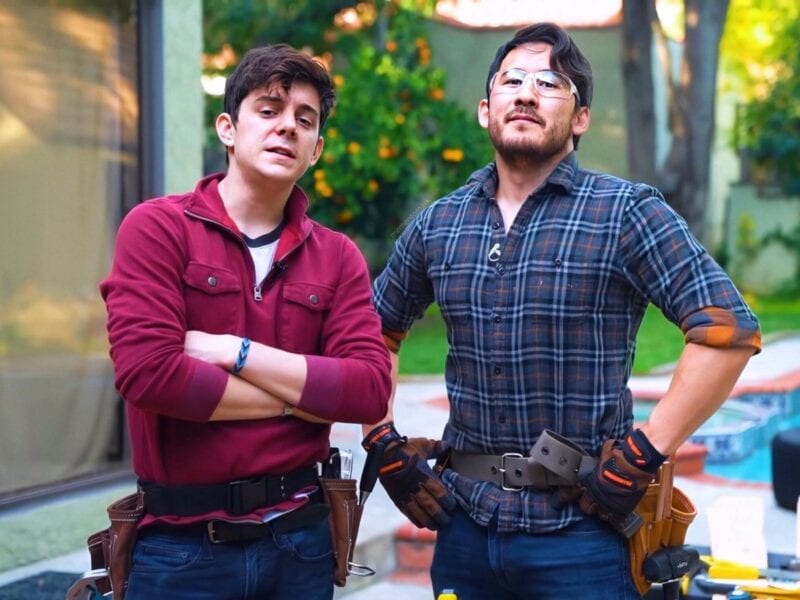