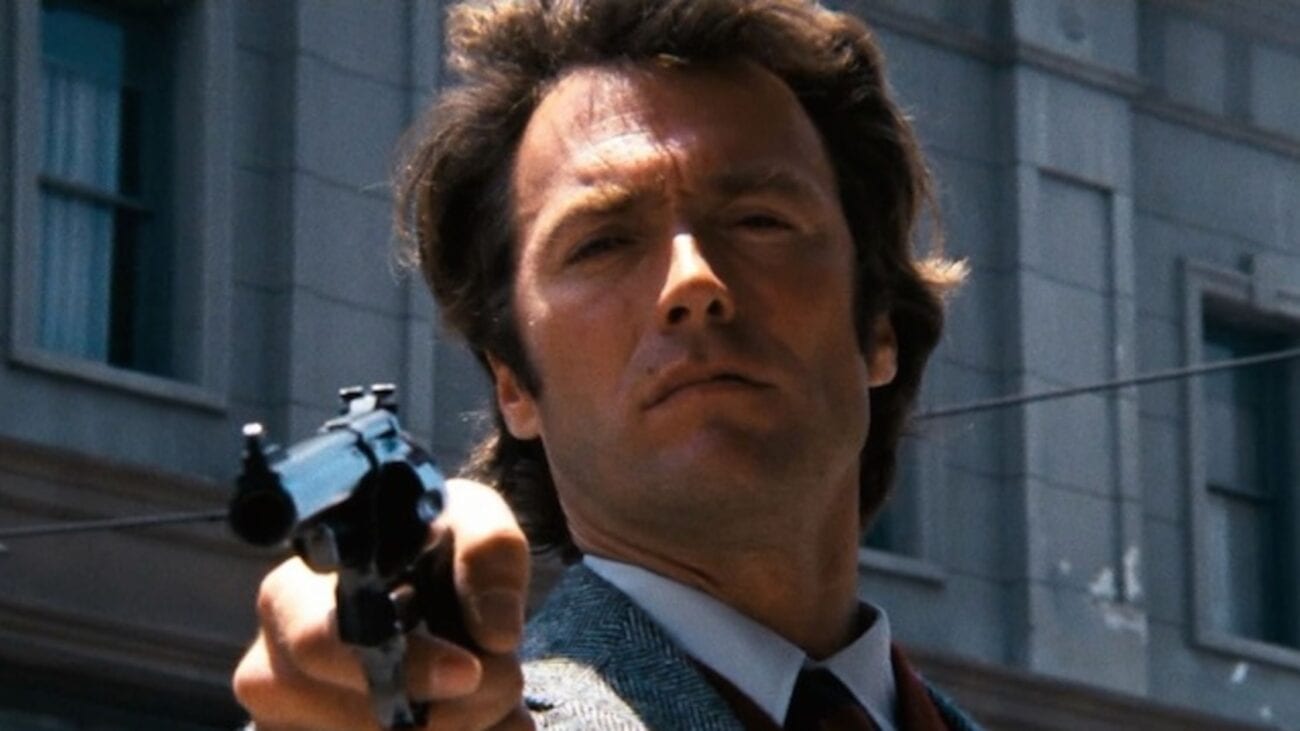 11 of the Most Famous Movie Guns

If you are a gun enthusiast, you cannot help but pay attention to the fire power used through various action flicks. Everything from fast action pistols, to major grenade explosions are threaded throughout a huge array of genres spanning from historical dramas to futuristic exploration and conflict.

No matter whether you prefer a good Western, or love an action packed drama- some of your favorite firearms can be found being carried by your more revered characters. We’ve compiled a quick list of 11 of the most iconic weapons seen in some of your top movie picks. See if you can recognize any of them! 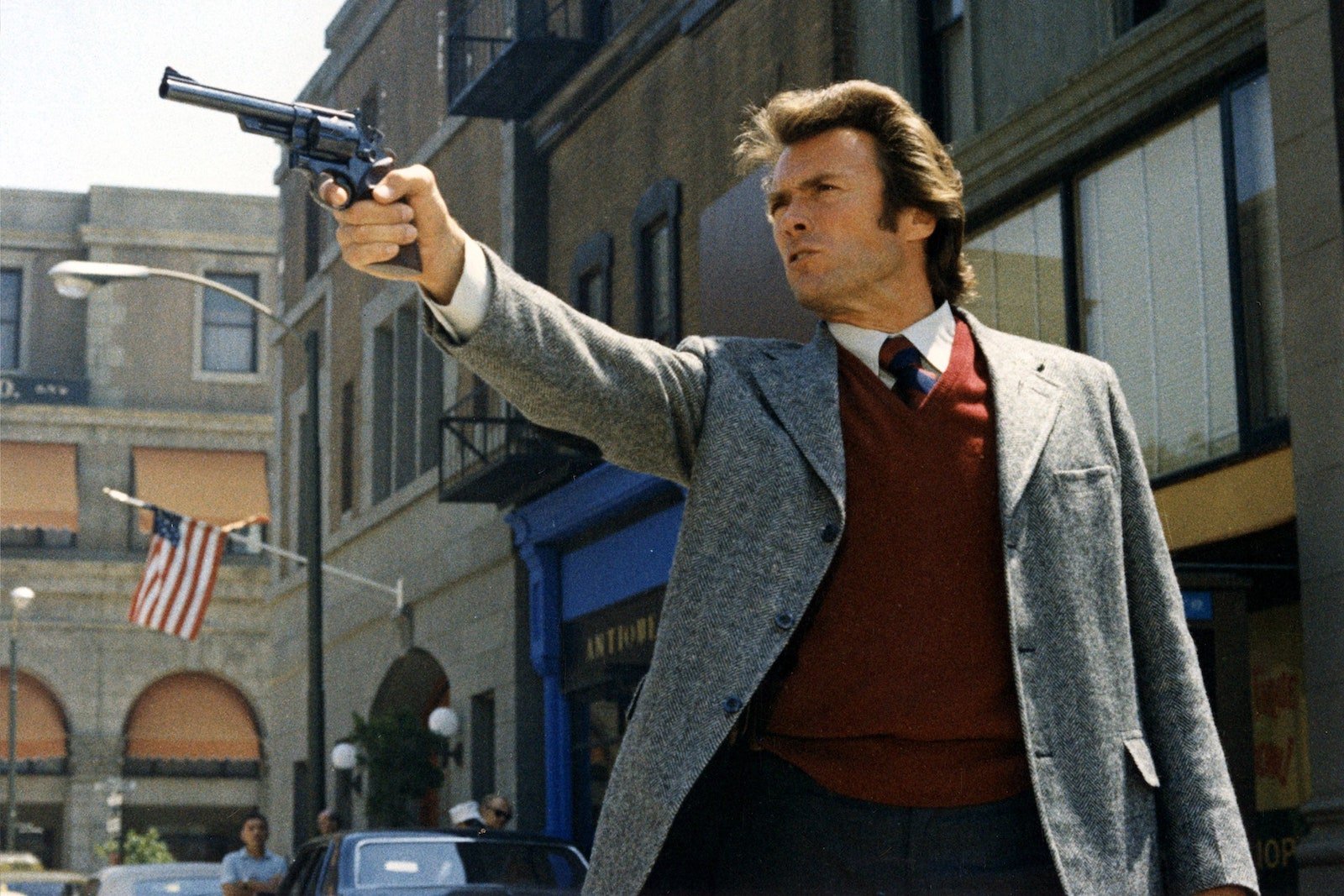 If you love action films, chances are you cut your teeth on Dirty Harry- and even if you didn’t, almost everyone knows his famous line, “You’ve Gotta’ Ask Yourself A Question. ‘Do I Feel Lucky?’ Well Do Ya…PUNK?”.

Prior to the release of this movie in 1971, the .44 Smith & Wesson Magnum 29 was obsolete and out of production, but within months was in high demand. Considered the most powerful handgun of the time, it continued a reign of popularity through the entire Dirty Harry franchise that lasted until 1988. Even now, when the films are played on television- sales rocket once again. 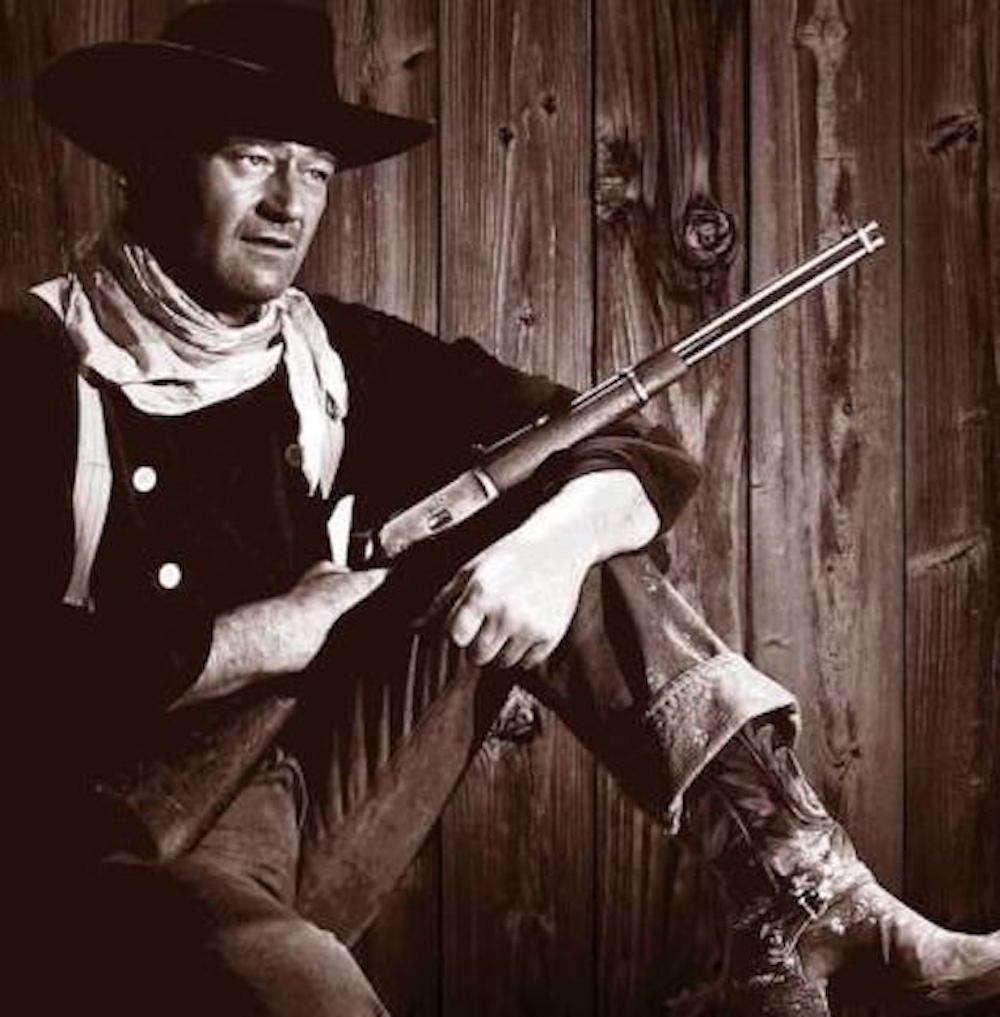 When John Wayne played The Ringo Kid in Stagecoach in 1939, it not only raised him to stardom, it also brought attention to his favored firearm, the Winchester Model 1892. This follow up to the popular Winchester 1886, this upgraded design made it more lightweight, compact, and handy lever action ever offered by the company.

It quickly became a favorite of not only the actor, but also the audience, and to this day it is a great choice for sportsmen worldwide. It also made its appearance in other iconic movies, such as Steve McQueen’s Wanted Dead or Alive, and of course, multiple other John Wayne films. 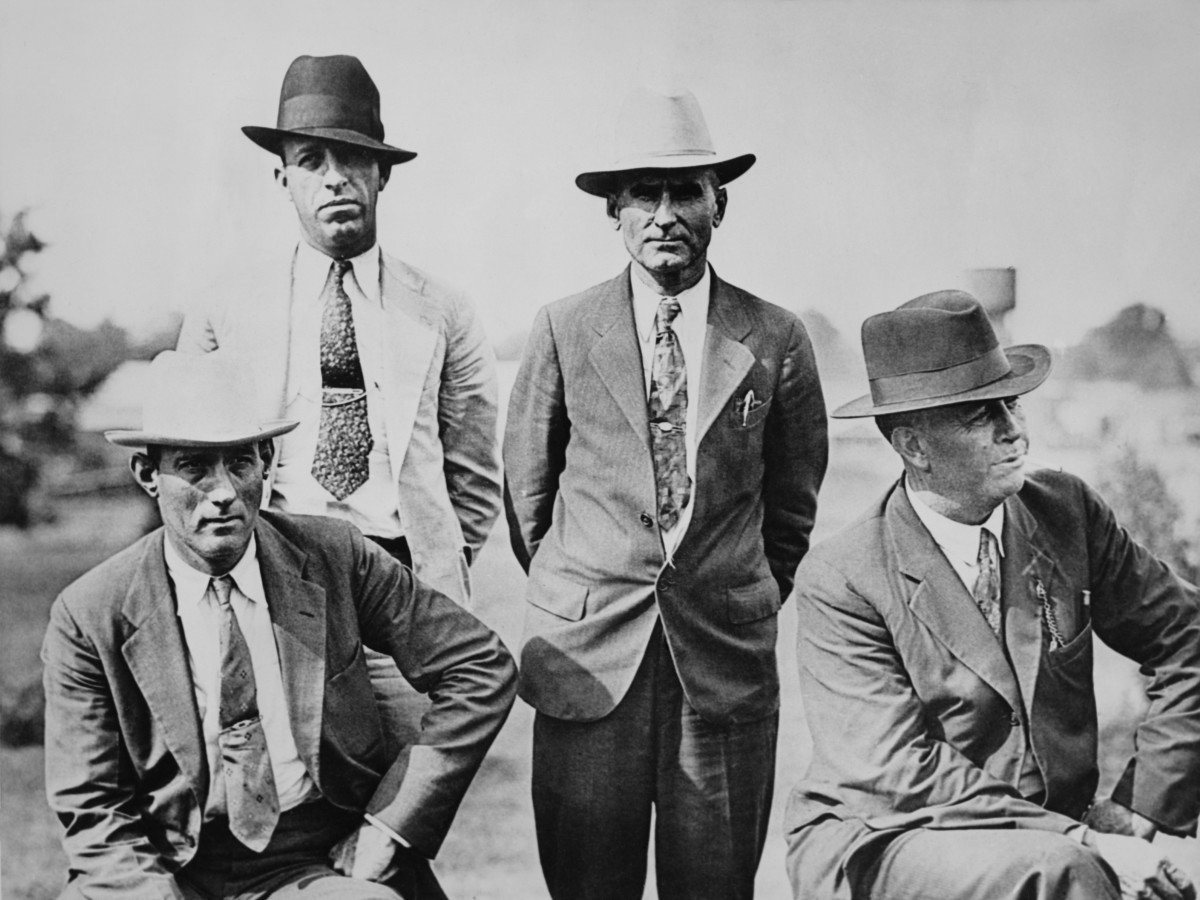 Since the 1911 was a standard military issue firearm for many years, chances are you’ve seen it over and over again if you love military action flicks. But one of the most famous sightings is Frank Hamer’s use of this favored option in The Highwayman. This true to life action film follows the acclaimed Texas Ranger in his attempts to track down Bonnie and Clyde, with his trusty issued firearm strapped to his side at all times.

Incredibly popular to this day, this is a dependable firearm that is often chosen for personal use and makes its way into film and television over and over again. In fact, Supernatural fans know it is Dean Winchester’s custom sidearm of choice. A huge array of well-known gun manufacturers carry various 1911 series options, all of which are worth adding to your collection. 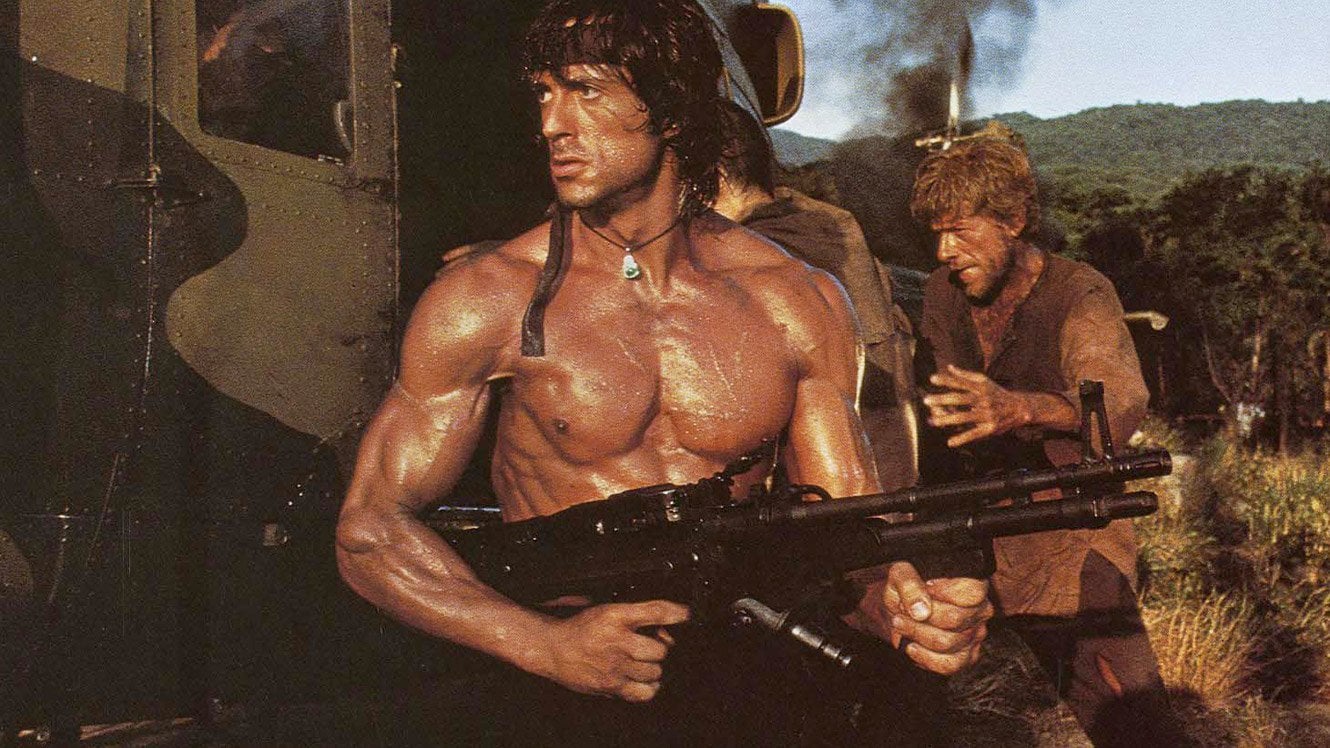 Lovingly dubbed The Pig by military service men, this 23 pound, 7.62x51mm NATO belt-fed machine gun is most famously used by Rambo in First Blood, and has become an iconic weapon in both true to life military movies, such as Black Hawk Down and We Were Soldiers, to futuristic films, such as Terminator.

The love/hate relationship this gun has gained in the US military earned it its nickname, but don’t underestimate what it can do. Belt fed, it can accept a wide range of ammunition types depending on the scenario it is needed for. Just don’t think you are going to get a chance to shoot one anytime soon, not unless you are an active military member, or visit a cool machine gun shooting range.

Although Tomb Raider sweetheart Laura Croft carries a huge range of various firearms through the video franchise, when Angelina Jolie made her first appearance on the big screen debut as a real life Laura- her matched weapons of choice were, ironically, the 9mm Heckler & Koch USP Match.

The Match series is a competition version that was created to appeal to match shooters. The lengthened  barrel, adjustable rear sight, ambidextrous safety and slide release, and extended magazine well are all sought after details for those looking for a competition option. Available in 9mm, .45 ACP and .40 S&W calibers, it can still be found as a collectible, but was discontinued in 1999 when Heckler & Koch’s almost identical Expert series became more popular with consumers. 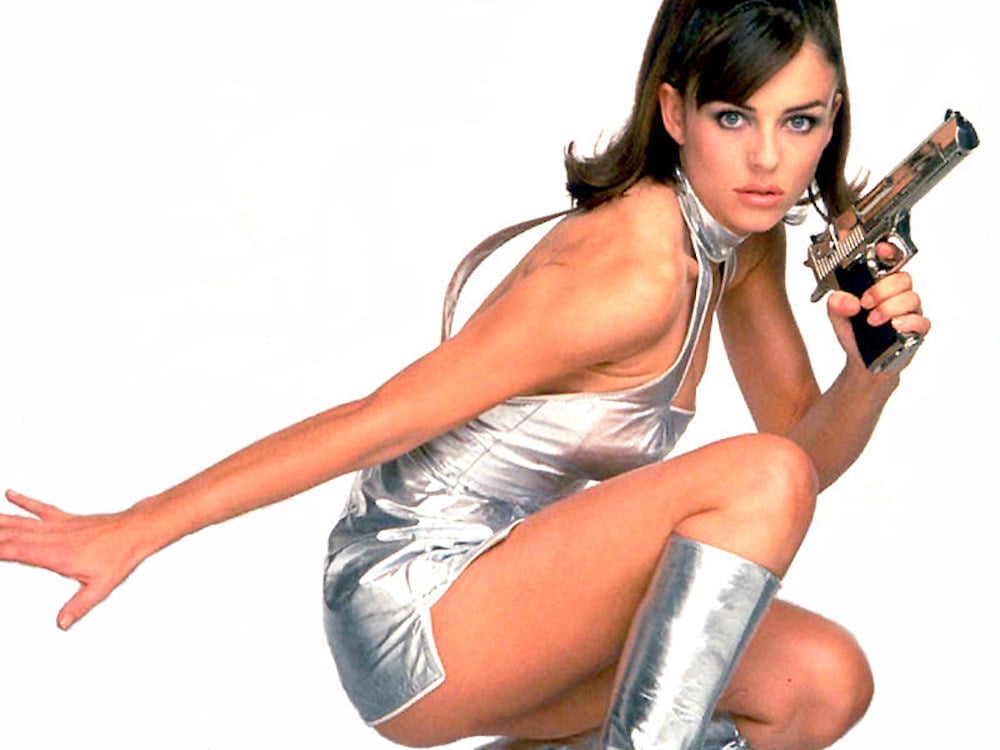 The Desert Eagle makes a LOT of appearances, but one of our favorites is when Agent Kensington is unpacking her weapons and places smaller options aside for the big, beautiful brute force of the Desert Eagle. Significant in size and power, it offers a .357 caliber that is more than capable of handling anything that gets in your way.

Also highlighted in scenes across other popular films, you’ll spot it in The Matrix, Demolition Man, Robocop, and a ton of video games. 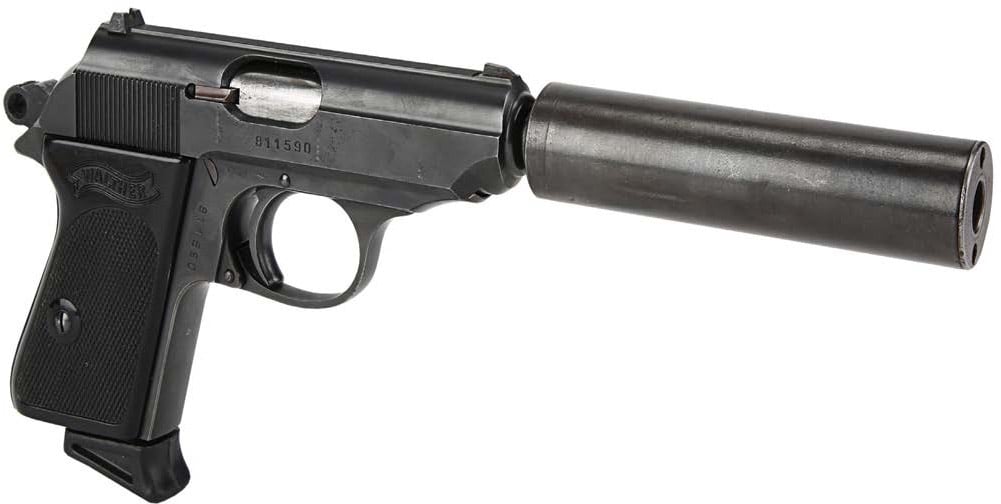 No matter how many actor’s take on this famous role, James Bond is one of the most beloved action heroes ever to grace the cinematic screen. His Walther PPK is almost as well known as he is, and made many appearances from 1962 through 2010 and on!

Although Agent 007 chambers a .32 ACP, it has become an incredibly popular conceal carry weapon in a .380 caliber option. Compact and lightweight, this is an accurate choice that is recognizable around the world. You’ll also see Agent Peggy Carter tote it around, as well as used by various characters in Inglorious Bastards, and Tinker Tailor Soldier Spy

The M134 Minigun is an electric powered Gatling Gun that updates an older design for easier use and incredible firepower. With the ability up to 6,000 rounds a minute, it is a popular option for military use in combat situations and can often be found mounted on various modes of transportation.

In The Matrix, it is Neo’s weapon of choice (why not if you can choose anything you need), but it makes its way into a variety of other movie favorites and steals the scene with Arnold Schwartzenagger in Terminator 2, and can also be seen in Predator. Classics made well use of it also, one of the most famous being The Green Berets that premiered in 1968. 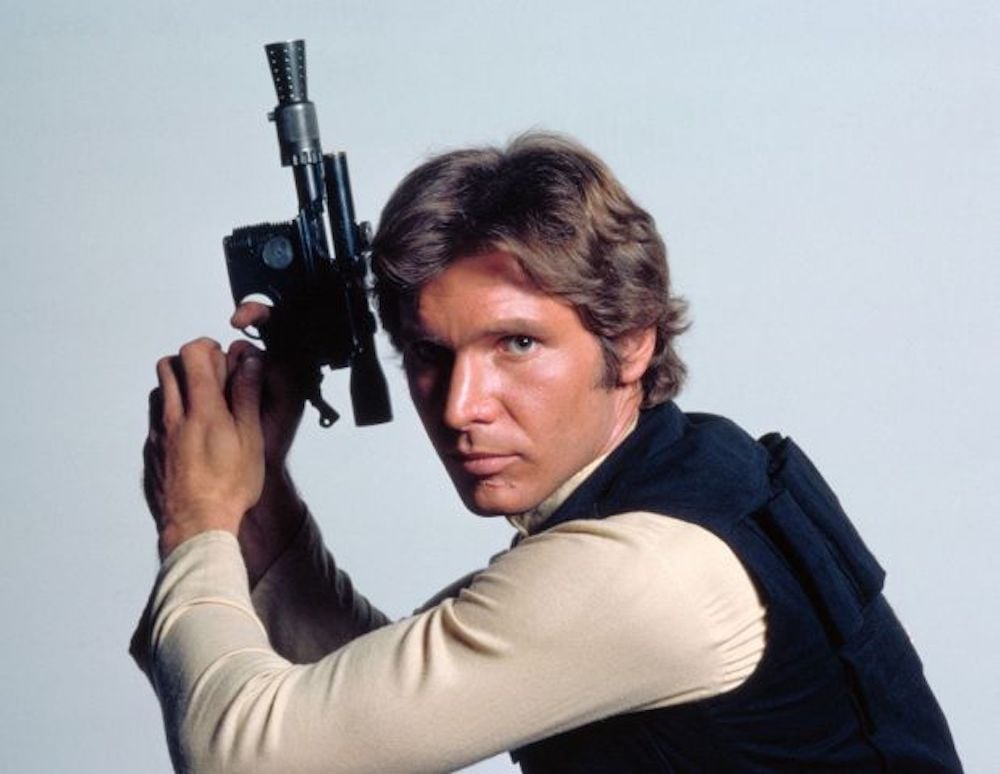 Unless you are a classic firearm fanatic, I bet you didn’t know this fun fact: rather than recreate perfectly good weaponry, the early Star Wars franchise made use of tried and true classic firearms with simple design upgrades to make them look more futuristic. The most famous is Han Solo’s blaster, of which he is never without. Even Luke gets in on the action and can be seen carrying on around by The Empire Strikes Back!

The Mauser C96 was a service pistol famous for its longer barrel, and was very popular with military service members when manufactured. This classic design was originally manufactured from 1896 to 1937. Also dubbed the Red 9 or broomhandle pistol, it had a 7.63×25mm Mauser cartridge which was considered superior in both range and penetration for the time it was made compared to other handguns. .

Famous for John McLane’s iconic scene in which he acquires a machine gun, the well known MP5 is waved around while he exclaims, “Now I have a Machine Gun, HO HO HO”- while the crowd cheers at the protagonist’s turn in luck against the evil Hans Gruber.

Released in 1966, it quickly became a tactical unit sweetheart, and has seen action all around the world. Designed for use in small spaces- it is compact, accurate, lightweight enough to haul around. It is one of the coolest pistol caliber firearms in existence, but unfortunately you aren’t going to get your hands on one since fully automatic guns aren’t legal to own unless you can manage to find one registered prior to 1986 and are willing to wade through a pile of red tape. 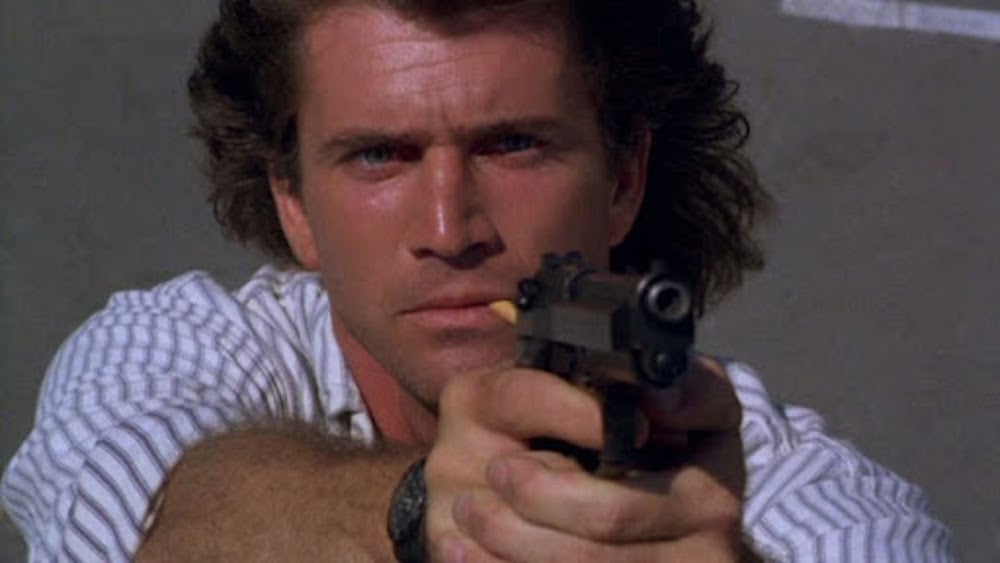 Before James Bond received his famous firearm, the Beretta was his weapon of choice- but in Hollywood, it didn’t become recognizable until Martin Rigg’s police issued firearm became as much of the story line as the character’s choices. Well used, the original gun was the 92S, but by Lethal Weapon 2 he had upgraded to the more accurate and powerful 92FS, which he carries through the rest of the franchise.

This 9mm caliber firearm is still a popular semi-auto pistol that is standard issue for military and police, and is a go to for tactical situations. Accurate, durable, and reliable, one can’t go wrong with this choice. 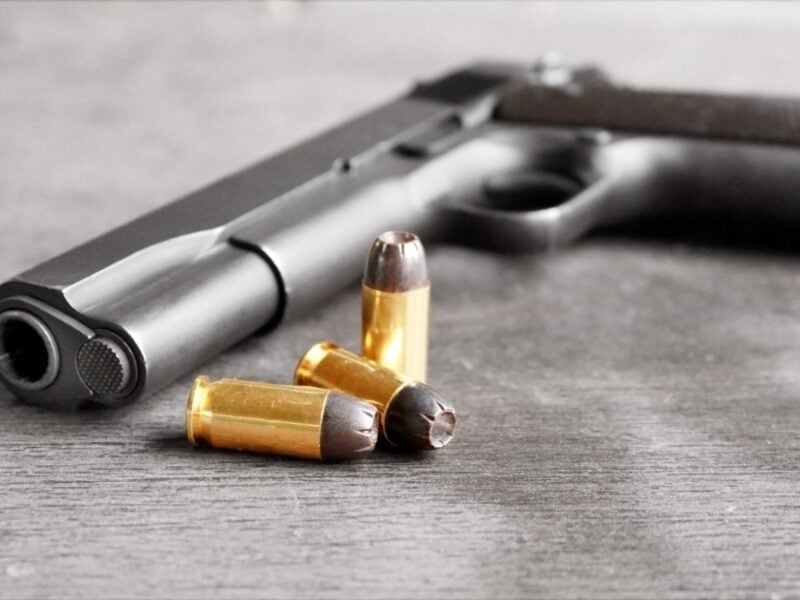 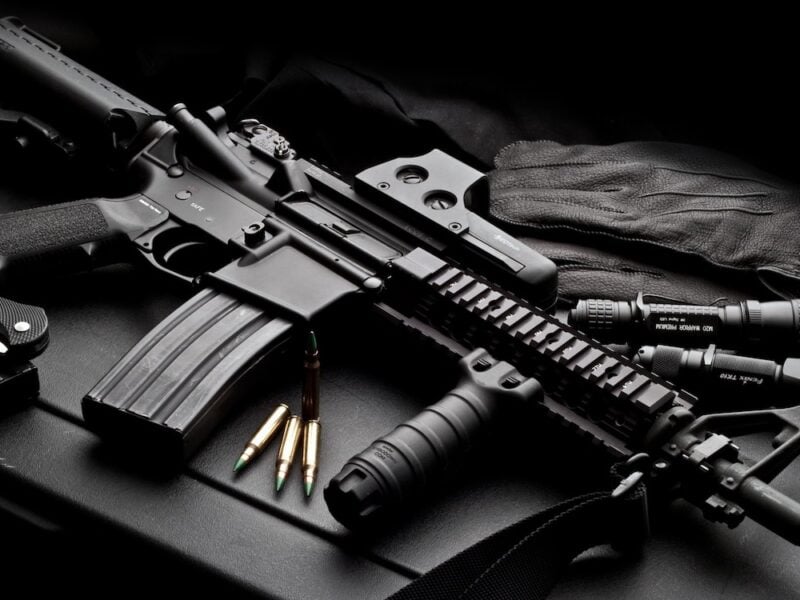 What Can You Get At An Online Firearms Dealing Website? 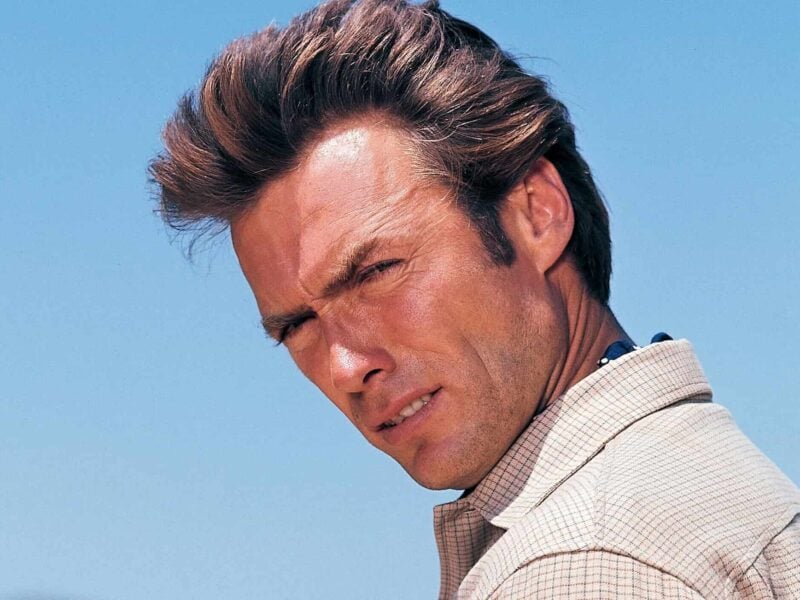