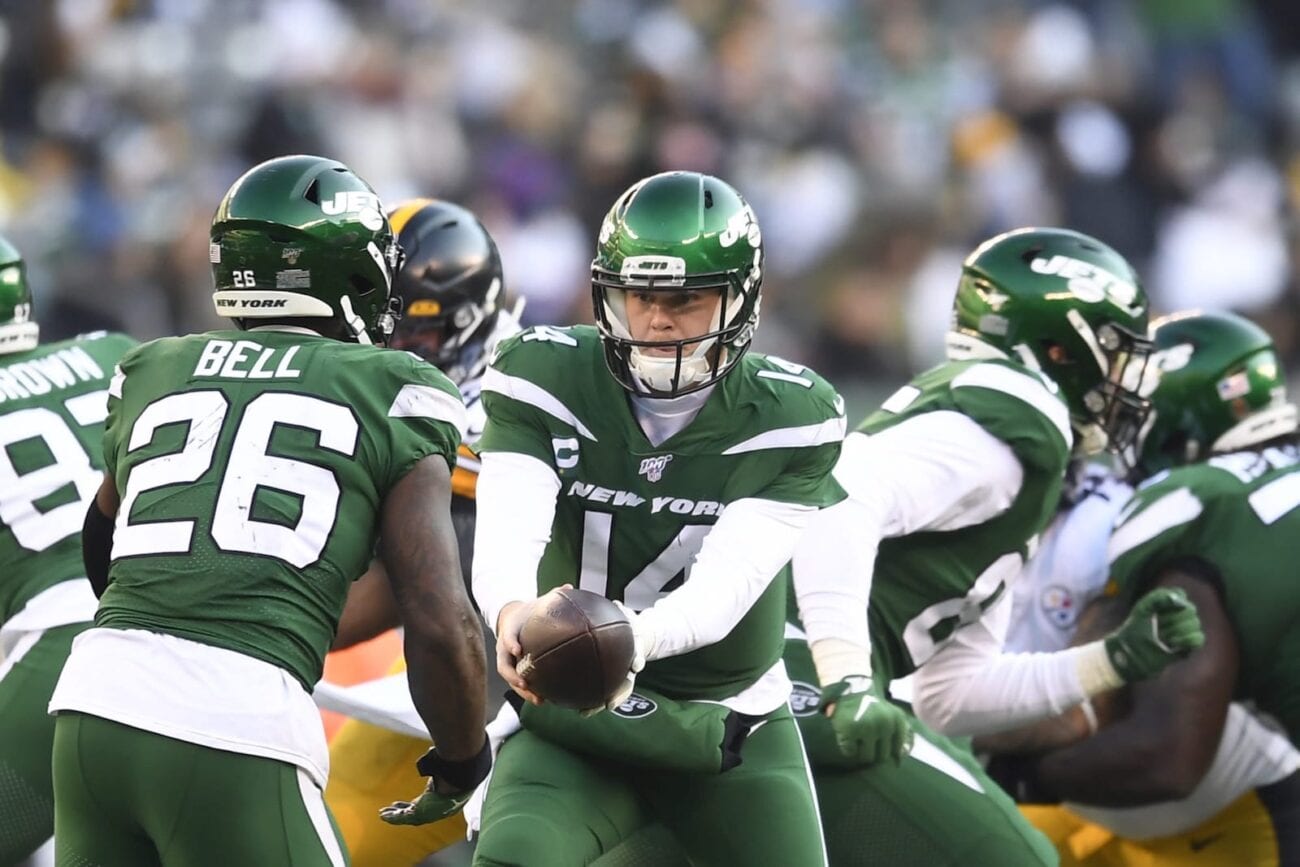 Can the New York Jets finally improve their record and get a win?

We’re now almost halfway through the NFL 2020 season and the New York Jets still haven’t won a game. The Atlanta Falcons & the New York Giants both picked up their first win in week six, leaving the Jets as the only team in the NFL to not win a game yet.

There are still ten weeks left this season, so the question remains whether the New York Jets can get a win before the season is up. Going 0-16 is a rarity, but when a team is as awful as the Jets are right now, the possibility of going winless remains. Take a look at whether the odds are in the Jets favor to win a game. 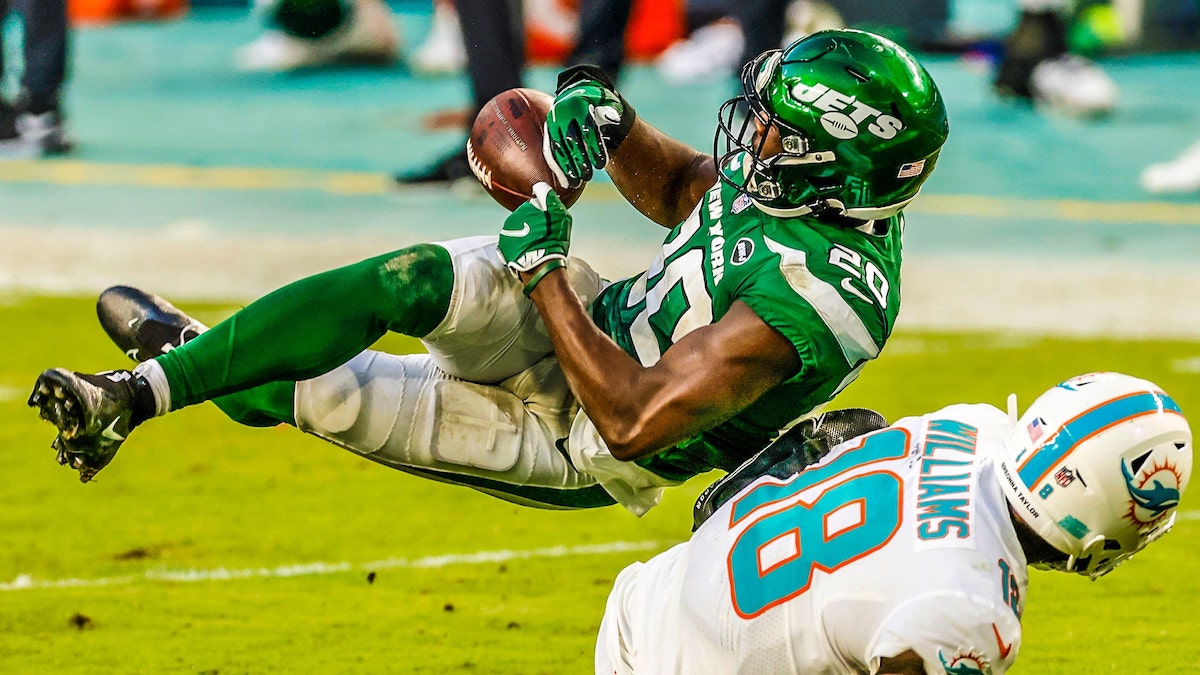 The New York Jets have one of the more difficult schedules in the 2020 season. They had to face tough opponents through the first six weeks including the Arizona Cardinals, Indianapolis Colts, and division rivals Buffalo Bills.

However, the Jets also faced three teams who may have their best chances of getting a win. While the 49ers are a solid team, the 49ers were completely injured during their game against the Jets, losing quarterback Jimmy Garoppolo, running back Raheem Mostert, and star defensive end Nick Bosa. The 49ers still managed to beat the Jets 31-13.

The Denver Broncos were similarly injured and are a much worse team than the 49ers. Although the New York Jets played better during the game, they ended up losing to the Broncos in week four 37-28. Most recently, the Jets played the Miami Dolphins who completely shut out the Jets in a 24-0 win. 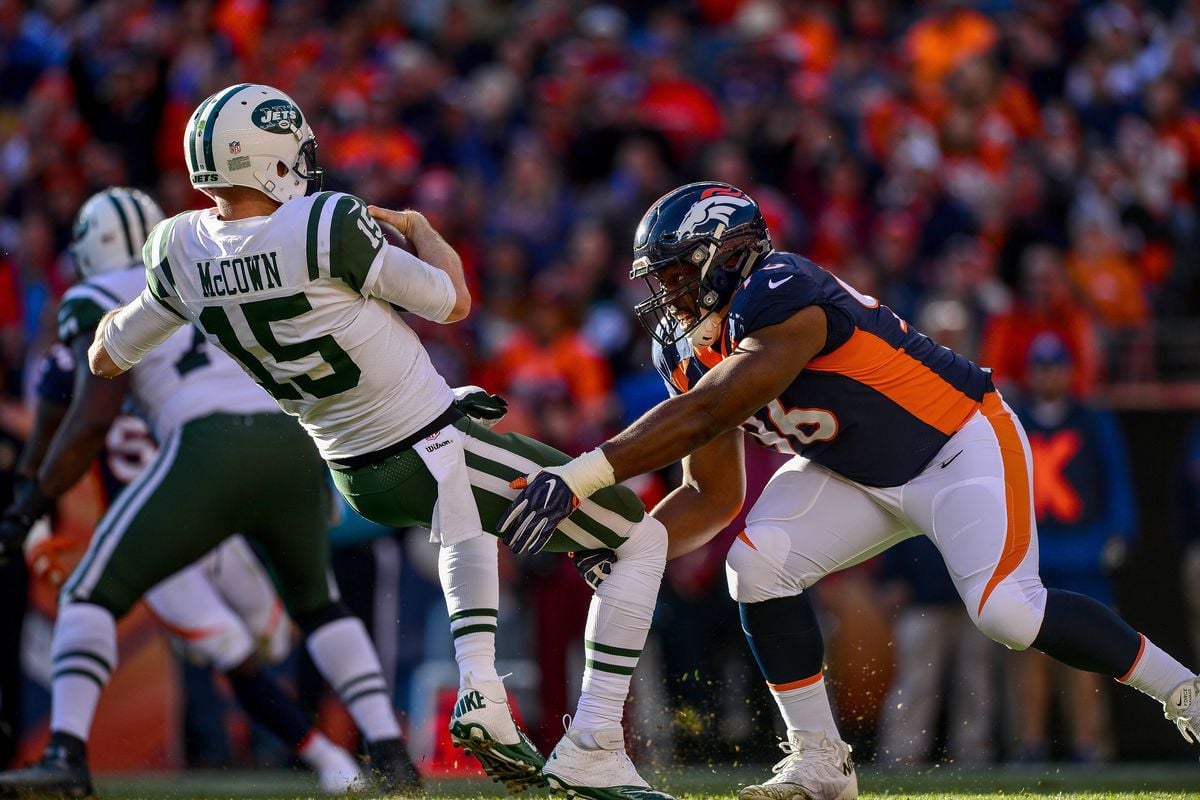 The rest of the New York Jets’ schedule is even more difficult than the first six weeks. The remaining teams the Jets have to play include the reigning Super Bowl champions Kansas City Chiefs, the New England Patriots twice, the Cleveland Browns, the Los Angeles Chargers, the Las Vegas Raiders, the Miami Dolphins, the Seattle Seahawks, and the Los Angeles Rams.

The Chargers, while 1-4, have been playing close games with some of the best teams in the NFL since rookie QB Justin Herbert emerged and look like a much better team than the New York Jets. The Dolphins are not a great team yet, but they just played the Jets in a game where the Jets didn’t look very competitive. The Jets could win one of these, but if you’re a gambler, put money on everyone else. 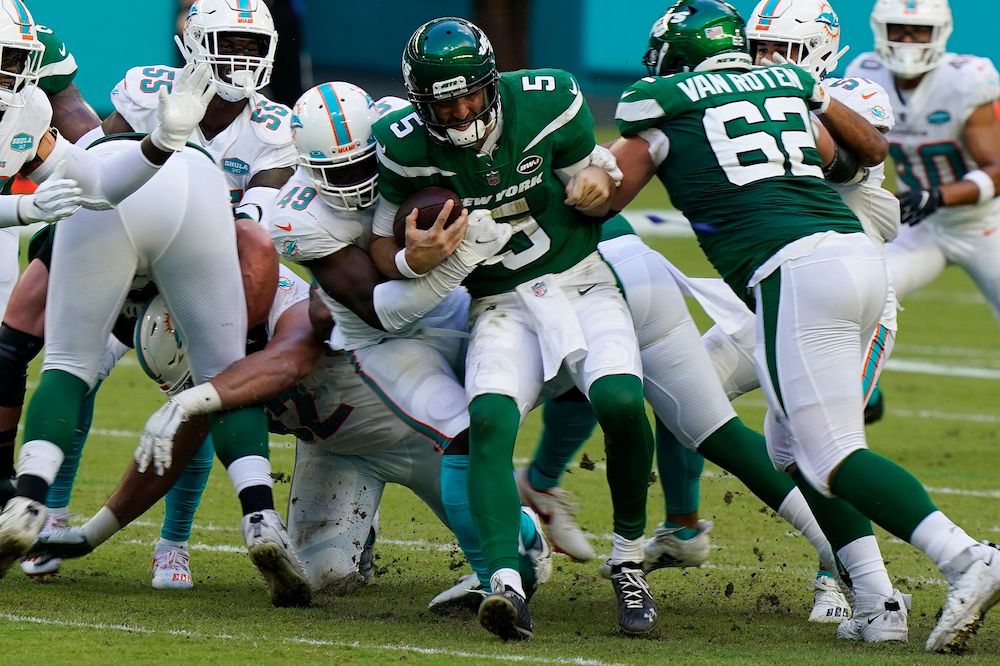 Lack of talent and coaching

In addition to their tough schedule, the New York Jets simply don’t have lots of talent, and their coaching situation is a mess. During the offseason, the Jets traded strong safety, Jamal Adams, to the Seattle Seahawks. Before the trade, Adams was very vocal on social media about his disdain towards playing for the Jets and demanded a trade.

Just last week, running back Le’Veon Bell also complained on social media about how he didn’t want to play for the Jets either. The New York Jets released Bell and now Bell is signed to the Chiefs.

In terms of remaining talent, the New York Jets don’t have much. Their starting running back now is Frank Gore who is well past his prime at the age of thirty-seven. QB Sam Darnold has loads of potential, but he can’t do much with a poorly coached team and a below-average roster of wide receivers. The Jets’ defense has been unable to stop any team from scoring all season. 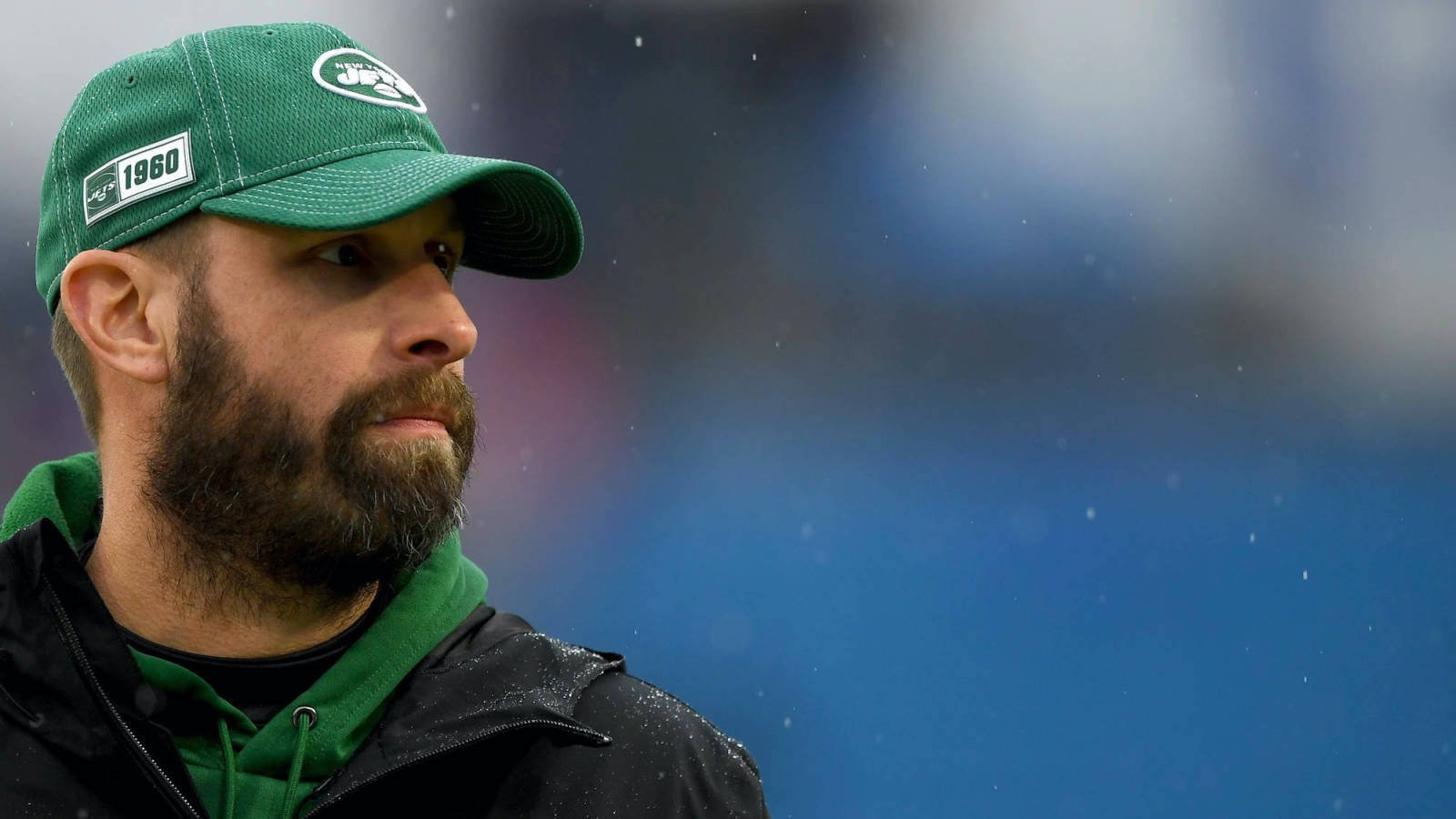 It’s clear the New York Jets are an absolute mess as an organization and the players know it as well. Head coach Adam Gase is also part of the problem as plenty of players have openly complained about his coaching habits and are not happy playing for him. Gase has gone 7-15  as the Jets head coach and 30-40 in his career.

New York Jets fans and sports analysts all want Gase to be fired and predict he will be before the season is done. Two coaches, Dan Quinn of the Falcons and Bill O’Brien of the Houston Texans, have both already been fired this season. It’s looking like Gase will meet a similar fate sooner rather than later.

Many theorize the New York Jets are currently tanking for Clemson QB Trevor Lawrence, the number one prospect in the 2021 NFL draft. If this is the case, don’t expect the Jets to try and win anytime soon.