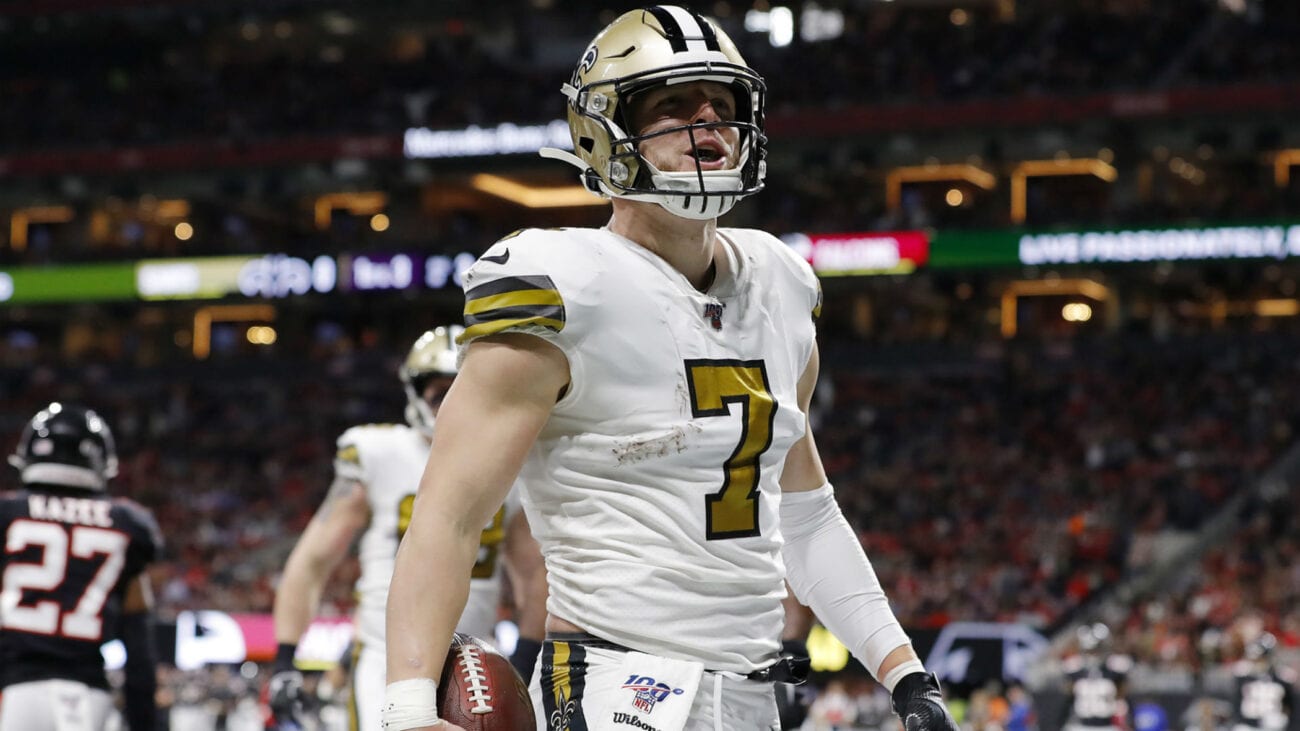 New Orleans Saints quarterback (QB) Drew Brees will miss several weeks after being injured with multiple cracked ribs and a collapsed lung. Many expected former Tampa Bay Buccaneers starting QB Jameis Winston to take over. Friday morning, the Saints surprised fans with the announcement that Taysom Hill would be starting on Sunday against the Atlanta Falcons.

In fantasy football on ESPN, Hill has dual eligibility as both a tight end & a QB, leading to many putting Hill in their TE slot, despite Hill starting at QB. The fantasy football community has been freaking out since many teams will be starting two QBs due to this loophole. Here are the best Twitter reactions to the Taysom Hill fantasy situation.

Putting Taysom Hill, a starting QB, in the TE spot for fantasy pic.twitter.com/YLWDGkXdkA

Even though many fantasy teams will be unfairly beaten due to this loophole, seeing a QB in the TE slot is still pretty funny, even if it gives a team a ridiculous advantage

A race to the finish

Taysom Hill wasn’t on a lot of fantasy rosters before this week. However, after the announcement that Hill is starting, every fantasy player is flooding to the waiver wire to hopefully pick him up before anybody else.

The guy in everyone’s ESPN fantasy league that is trying to overturn Taysom Hill being listed as a Tight End because he’s playing against him this week pic.twitter.com/MHJoT4EtL0

Many fantasy players believe starting Hill as a TE gives teams an unfair advantage, especially those who have to play against teams who are starting Hill. Many will do anything in their power to make sure Hill can’t be eligible to start in the TE slot.

When your opponent has Taysom Hill starting at TE this week in fantasy pic.twitter.com/EDzbZDcklj

This Stephen A. Smith meme perfectly captures how someone who’s playing someone with Hill probably feels after the announcement by the Saints was made.

When you pick up Taysom Hill early in the week for fantasy and they let you start Taysom Hill at TE and just got named starting quarterback for this weekend!!! pic.twitter.com/zi6P9jti0F

It’s good to be bad

If you have Hill, it makes sense you would start him as your TE. However, you still have to recognize you are slightly evil for taking advantage of this eligibility loophole.

ESPN: Taysom Hill is at TE, if that changes we’ll change him to QB

Saints: Hill is the starting QB

Why is ESPN the only fantasy football provider who hasn’t changed Hill’s dual eligibility? It doesn’t make much sense. Apparently, ESPN loves to create chaos.

Me: scoop up Taysom Hill on my yahoo fantasy team.
Realizing i can’t put him in the TE position cause I’m not using the ESPN app: pic.twitter.com/OIw3N29URs

Yahoo knows how to be fair

Unfortunately, if you’re not using ESPN for fantasy football, then you can’t take advantage of Hill. You can still start Hill at QB, but you won’t have the two QB advantage. You might just have to play fairly this week.

The decision to start Hill as a TE is certainly sending fantasy football players crazy. If you play, your group chat is definitely having an argument about whether this should be allowed or not.