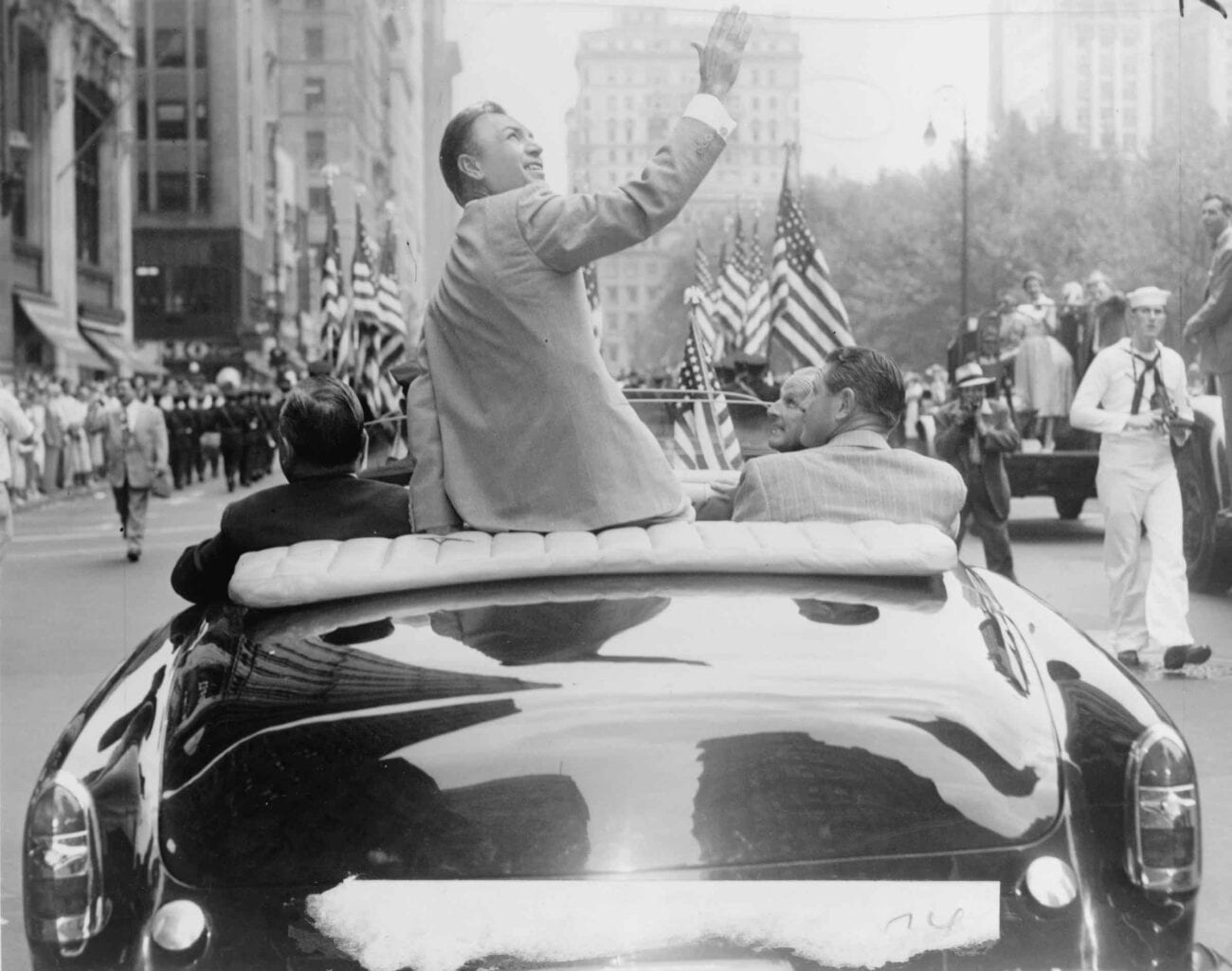 Ben Hogan: Why are people comparing him to Tiger Woods?

At around 7:00 am PT, Woods was driving his SUV when it underwent a nasty accident after slipping across two lanes and smacking into a curb & tree. Woods stayed calm & conscious but endured serious injuries. 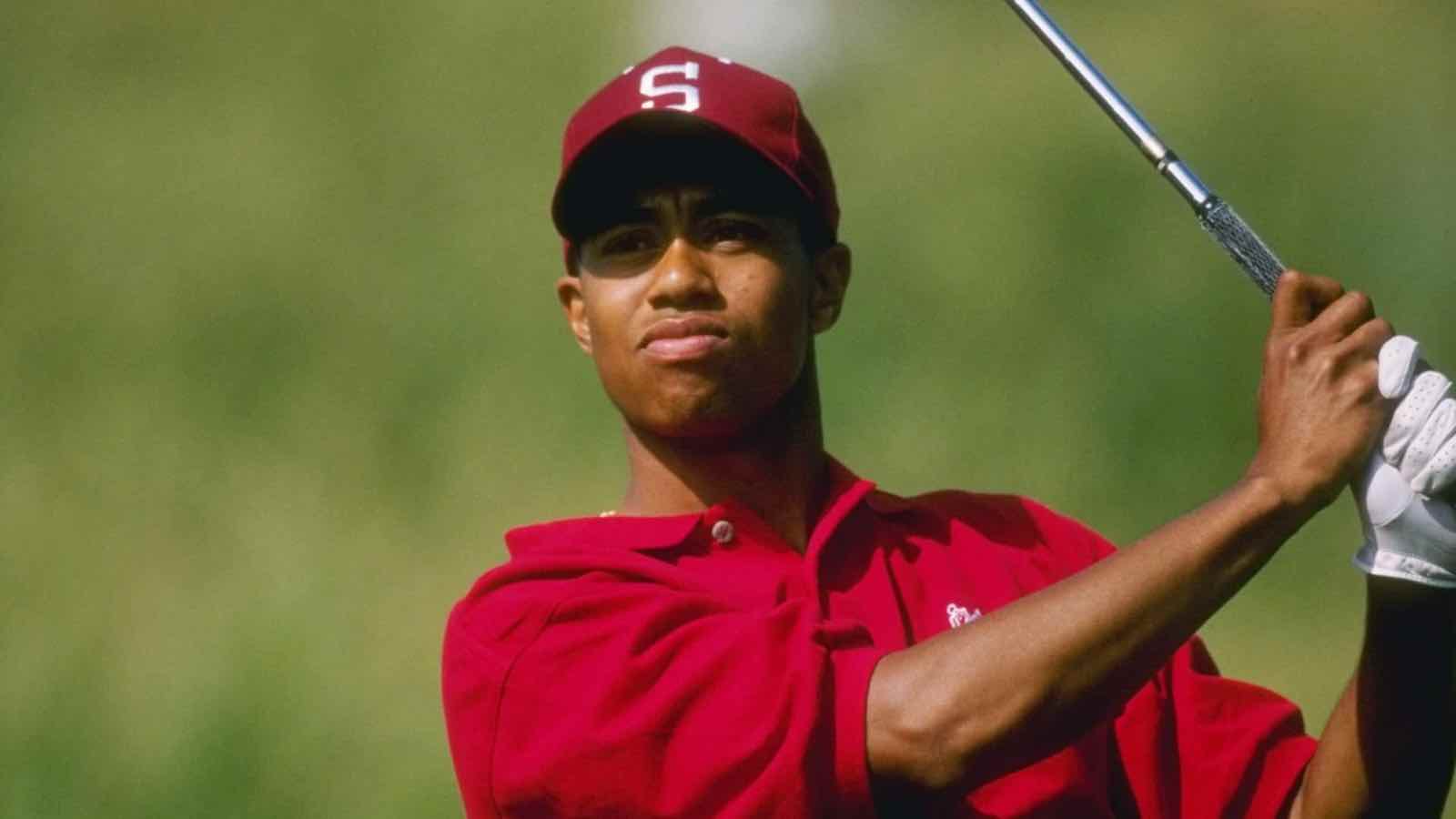 Enjoying golf from the time he was six months old, Tiger Woods reportedly used to watch his father hit golf balls into a net and mimic his father’s swing, according to DW News. When he was two years old, he appeared as a guest on The Mike Douglas Show to play with Bob Hope. When he was three, he shot forty-eight for nine holes and appeared in Golf Digest at five.

The child athletic prodigy played in his very first professional tournament at sixteen, then took two years to win ten collegiate tournaments, ending with the NCAA title. Two years later, he graduated his amateur career by being the first to win a third consecutive U.S. amateur title with eighteen consecutive match-play victories.

A year later, Woods earned the victories of four PGA Tour events, including an overseas title. He was ranked No. 1 on the Official World Golf Ranking for making some of the quickest progress in history. The summer of that year, he became known as the youngest No. 1 golfer on record at merely twenty-one years old. 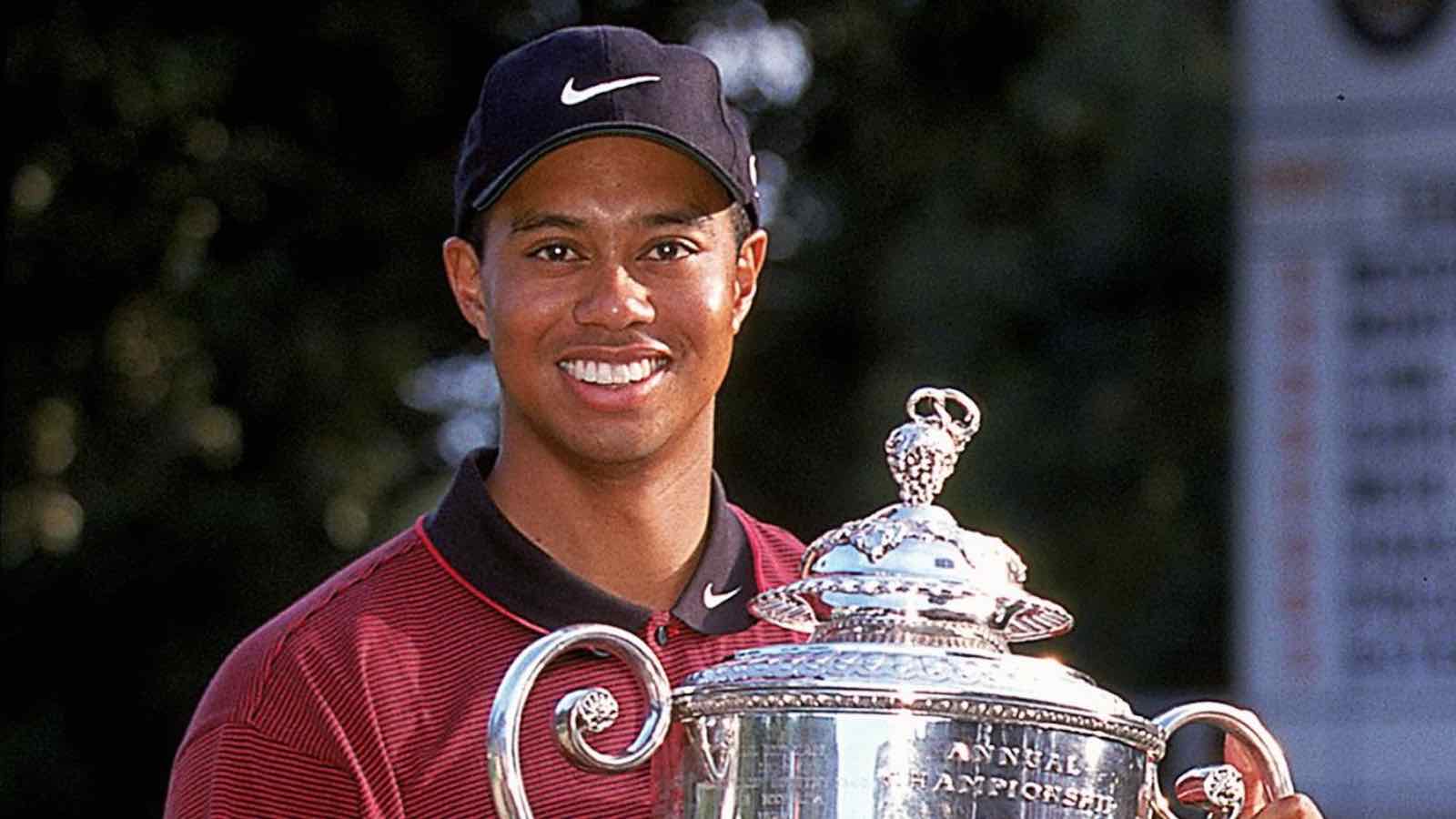 Woods continued to win events, including three professional majors and became the first player since 1937 to win the PGA championship consecutively all in the same year. He took home five victories, the Masters, and eight worldwide victories in the following year. The golfing legend also went on to earn five victories in the 2002 tour and seven worldwide championships, leading the pack for the fourth consecutive year. 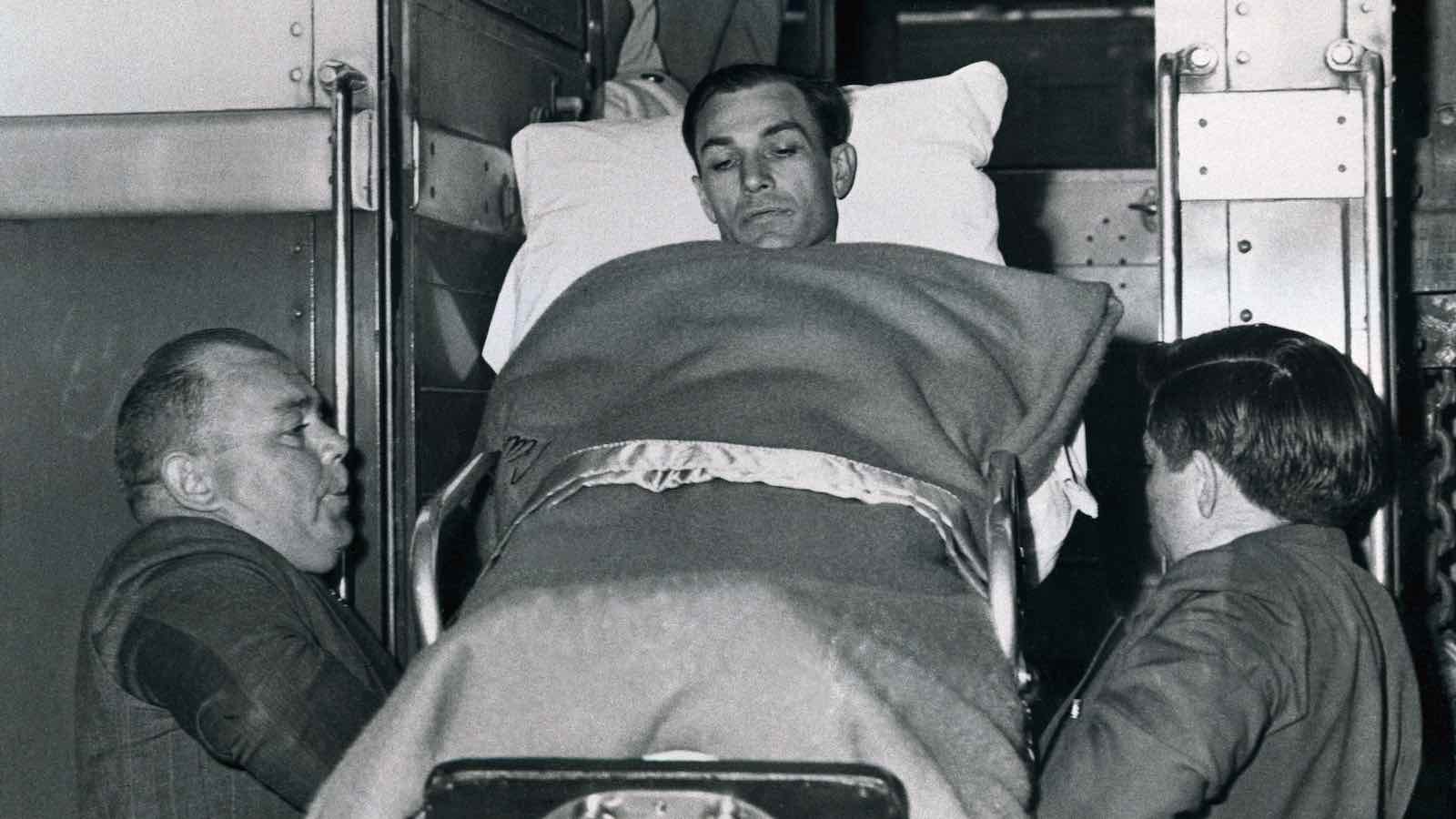 From the years 2003 to 2006, Woods took home twenty victories, and became a two-time leader on the PGA TOUR’s money list. He and Jack Nicklaus are the only players in history to be two-time winners of the Grand Slam. Despite grieving the death of his father, Woods was still victorious in the British Open at Royal Liverpool.

Winning several more PGA tours, this is merely a fragment of his accomplishments in golf. As the founder & CEO of the multi-brand sports media company and through his philanthropy, he’s shown great achievement off the golf course as well. 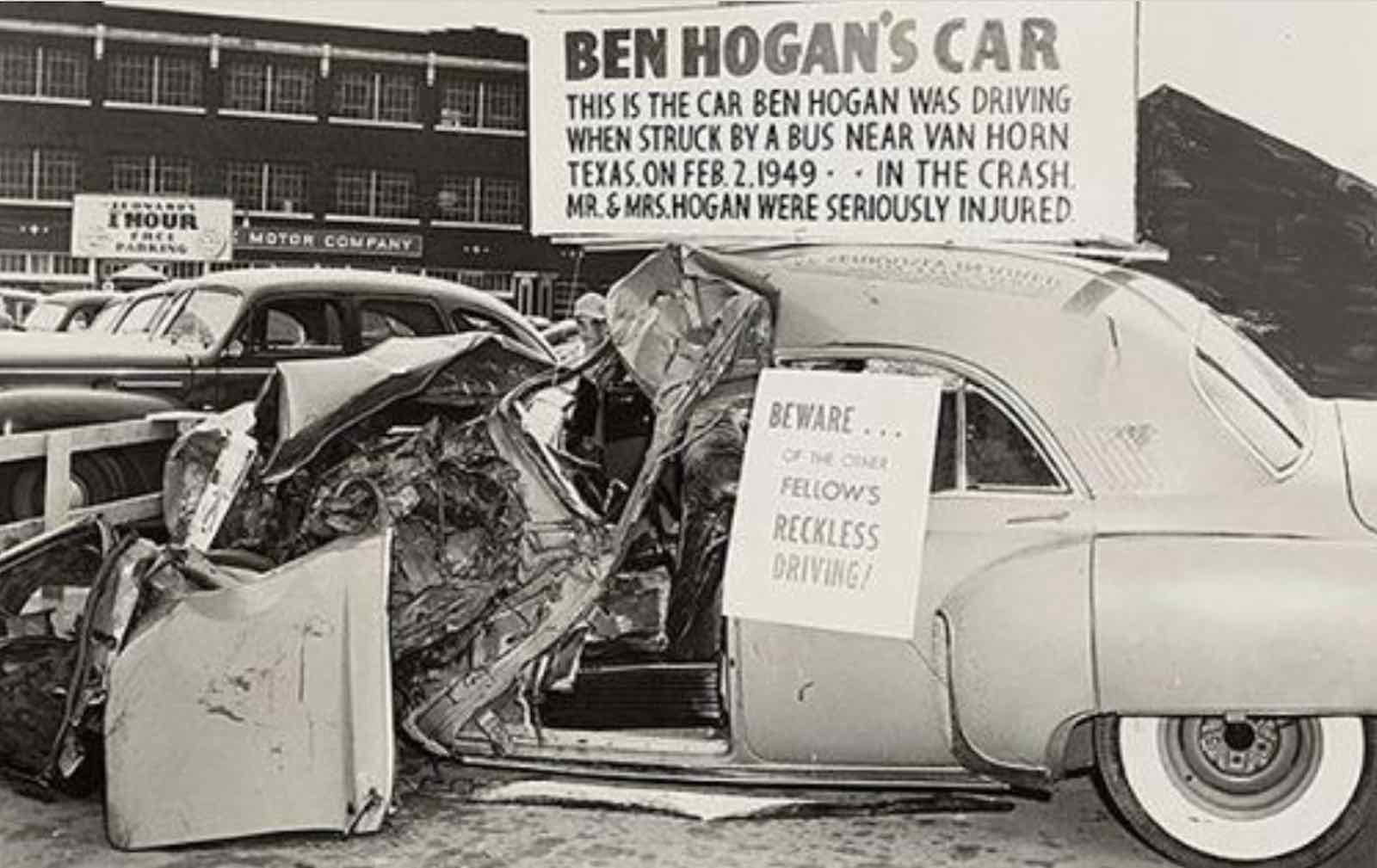 However, Woods’s life of success had some hardships as well. In 2009s Woods got a DUI arrest, he went on a golfing hiatus due to a chronic back injury, got into a car accident deemed careless driving, and was tarnished with claims of infidelity. Woods has his fair share of rough times, but what does that say about his future?

Upon hearing of Wood’s recent accident, many can’t help but think of Ben Hogan’s devastating accident. It’s easy to see why: like Woods, Hogan was violently injured in a car wreck. 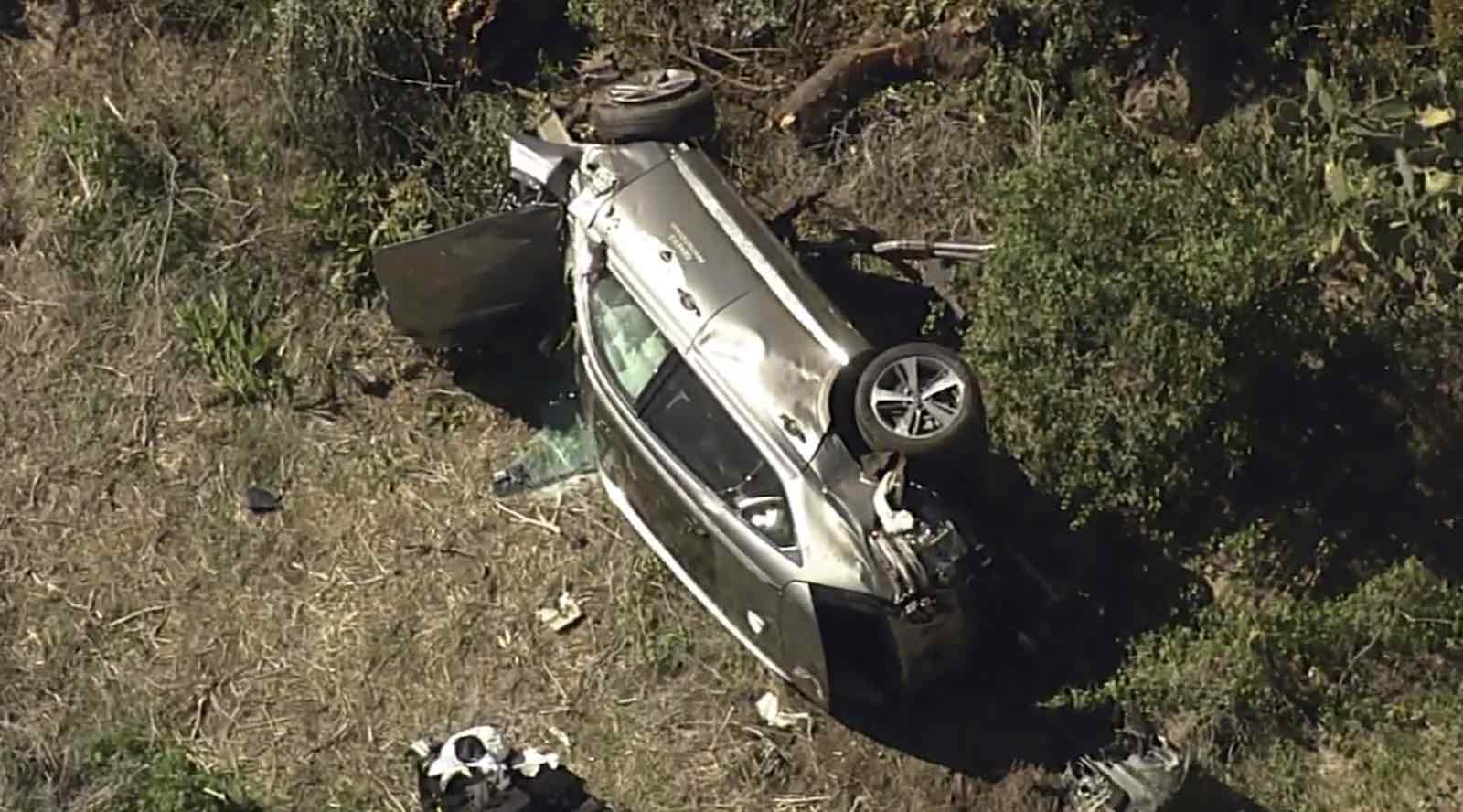 From the 1946 PGA through the 1953 British Open, Ben Hogan took home nine victories out of his sixteen pro majors. His concentration was said to be so intense that nothing besides the golf course mattered to him. Through his specialized stare, it appeared he’d intimidate his competitors but there were many who thought he’d never play again.

Around this same time, as a matter of fact, February 2nd, 1949, Hogan’s car crashed head on into a greyhound bus. The impact was so intense the engine ended up in the driver’s seat while the steering wheel was found in the back seat.

While his wife suffered only minor injuries, Ben Hogan had a broken collarbone & ankle, smashed rib, double fracture of the pelvis, and deep contusions in his left leg. 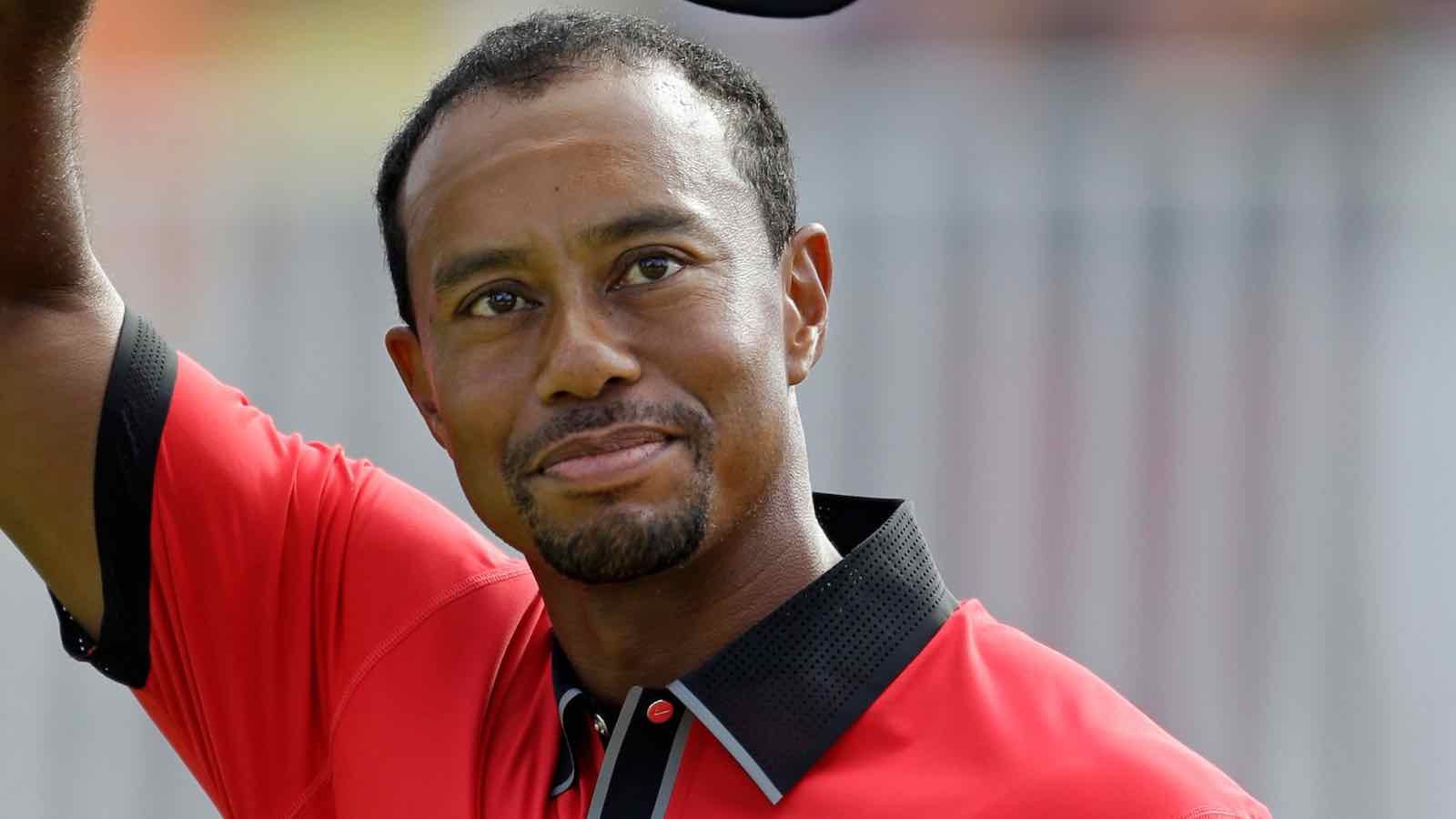 Later, Hogan had a blood clot and thus had to undergo an operation in which the main veins in his legs were “untied” so that the clot wouldn’t reach his heart. Doctors doubted he’d survive his injuries, let alone compete on the course again.

In spite of this sentence, Hogan took home the victory of the U.S. Open at Merion merely sixteen months after his nearly fatal accident. To this day, Ben Hogan is ranked as one of golf’s greatest players of all time, with sixty-four Professional Golfers Association Tour victories. 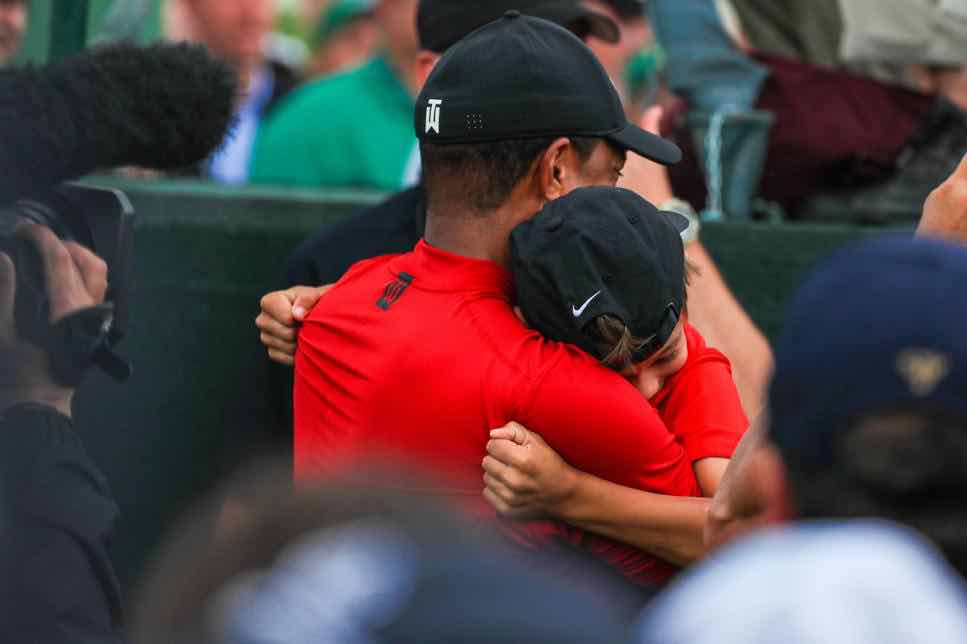 After Woods’s accident, he went through a long surgery on his lower right leg & ankle. According to Chief Medical Officer Dr. Anish Mahajan, Woods’s fractures were comminuted, thus his bones were broken into multiple pieces and these broken bones were exposed to the air, making them susceptible to infection.

Woods had to have a rod put into his tibia to stabilize his leg and needed a special type of screws & pins in his fibula bones, to also stabilize the foot & ankle bones in order to subside the pressure on the muscle & soft-tissue.

Doctors called his survival a miracle, but nonetheless another setback in his career. Tiger Woods’s future might be uncertain, but no matter how many championships and tedious challenges he’s overcome, he’ll face serious setbacks like anyone in his condition – the same went for Ben Hogan all those years ago. 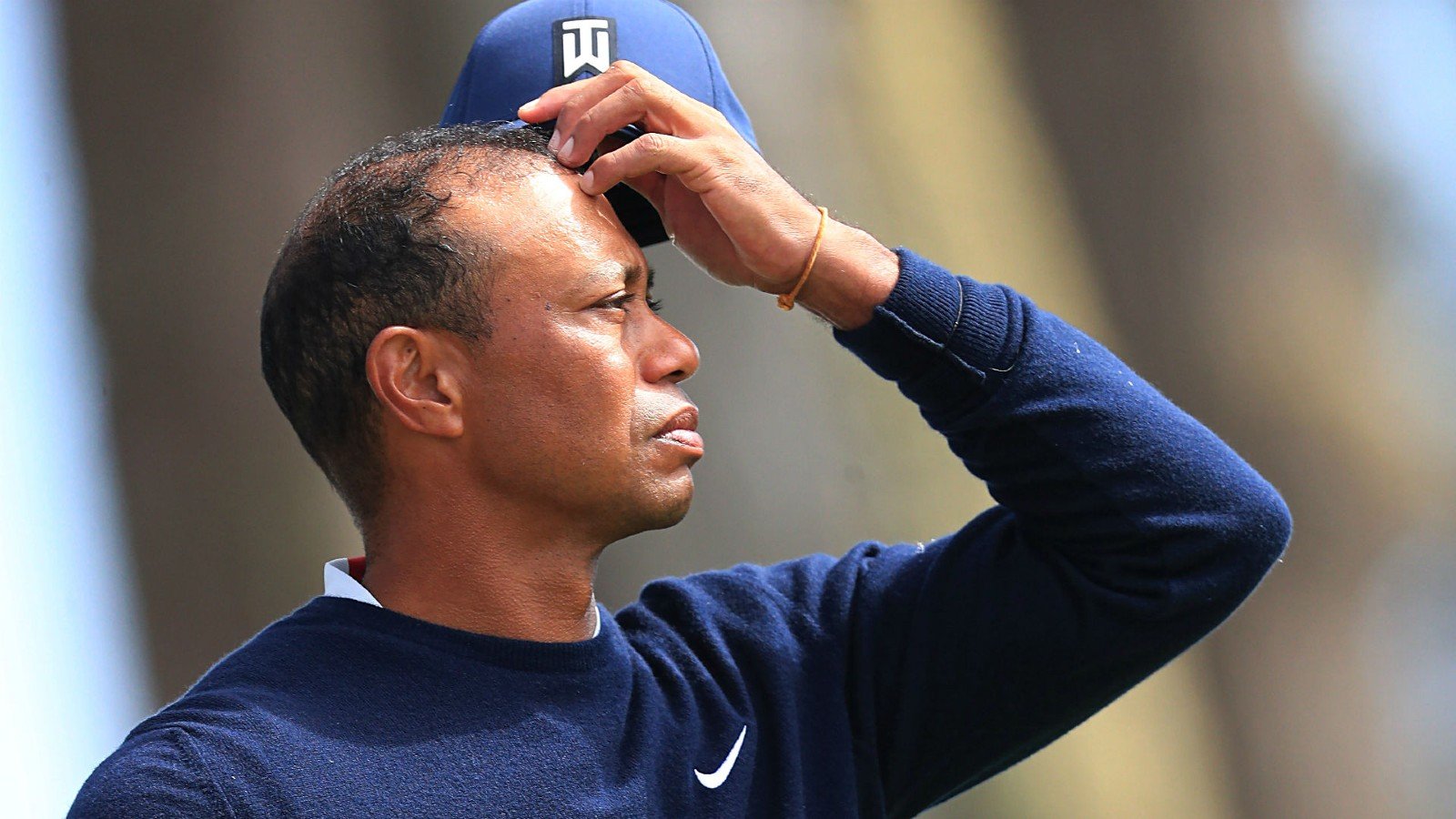 With this connection in mind, Ben Hogan stands as a hopeful example of perseverance to Tiger Woods’s future as a golfer. 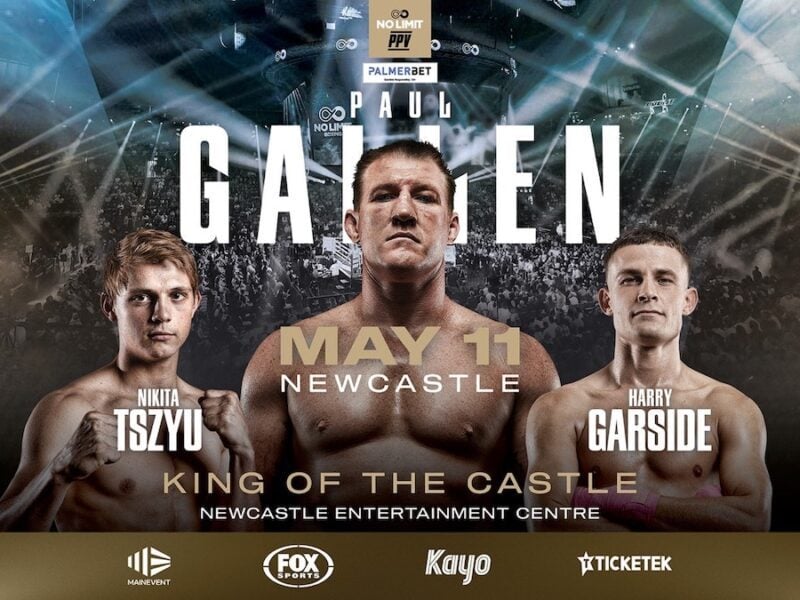 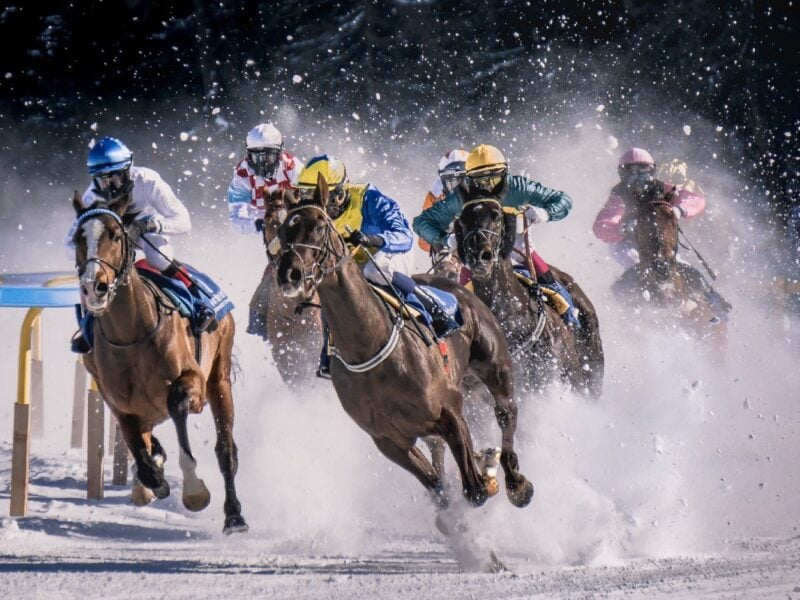 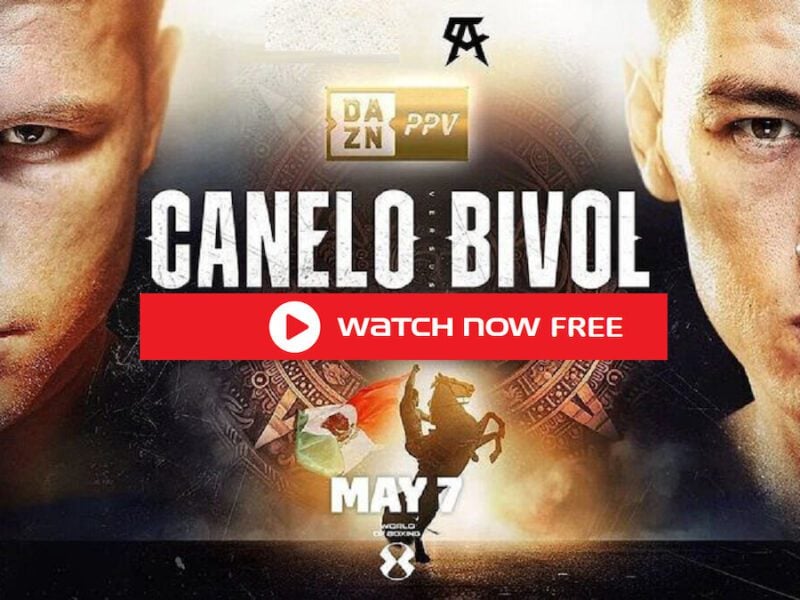