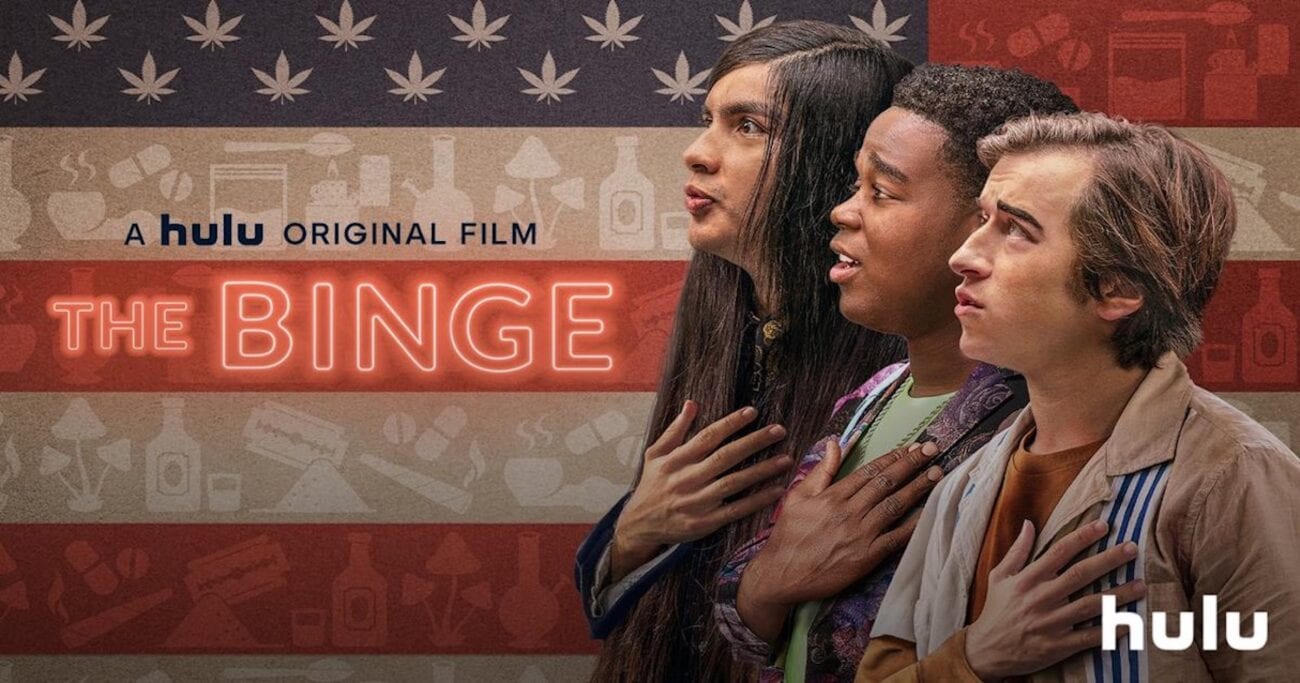 ‘The Purge’ parody nobody wants: Don’t watch the movie ‘The Binge’

Usually, we’re down for teenage movies and all the clichés they entail. We’re aware of how repetitive they can get but they’re still entertaining and can lift our spirits when needed.

That being said, The Binge just isn’t our cup of tea. We weren’t expecting a movie as iconic as Mean Girls, but we’re still disappointed. We’re going to spare you some suffering and tell you why we think this movie isn’t good, so you don’t feel the need to see it for yourself. 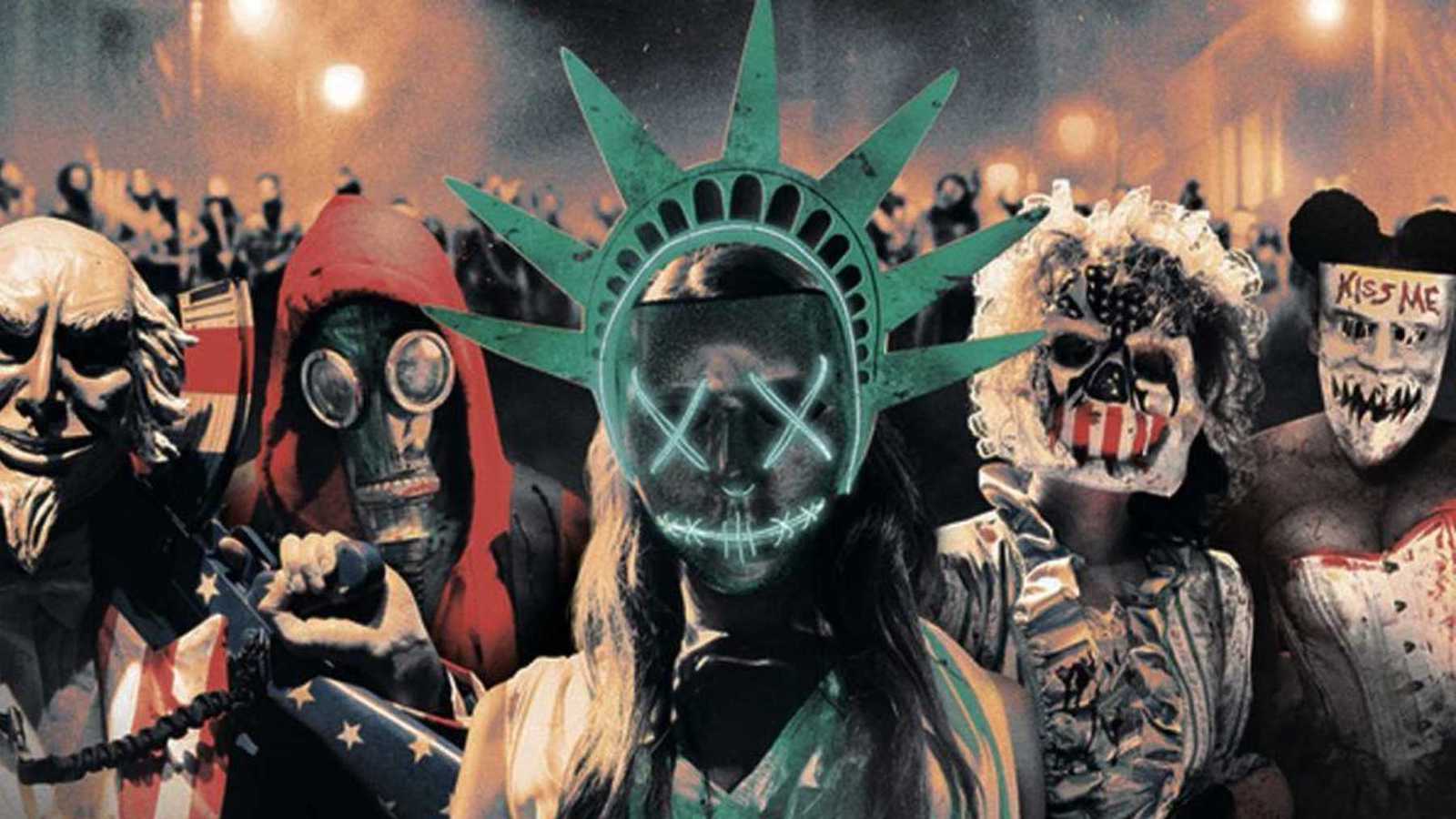 Does it even count as a parody?

In theory, The Binge is a parody of The Purge. Yes, that horror movie where everyone gets a day to commit every crime imaginable without dealing with the consequences. In The Binge, there’s only one day a year when everyone over eighteen is allowed to party hard, get wasted, and do drugs.

While it doesn’t have a strong premise, The Binge could have worked. Project X had a simple premise, and it made us want to party! We’ve seen other movies about teenagers wanting to make the best out of one night as if their whole life depended on it. 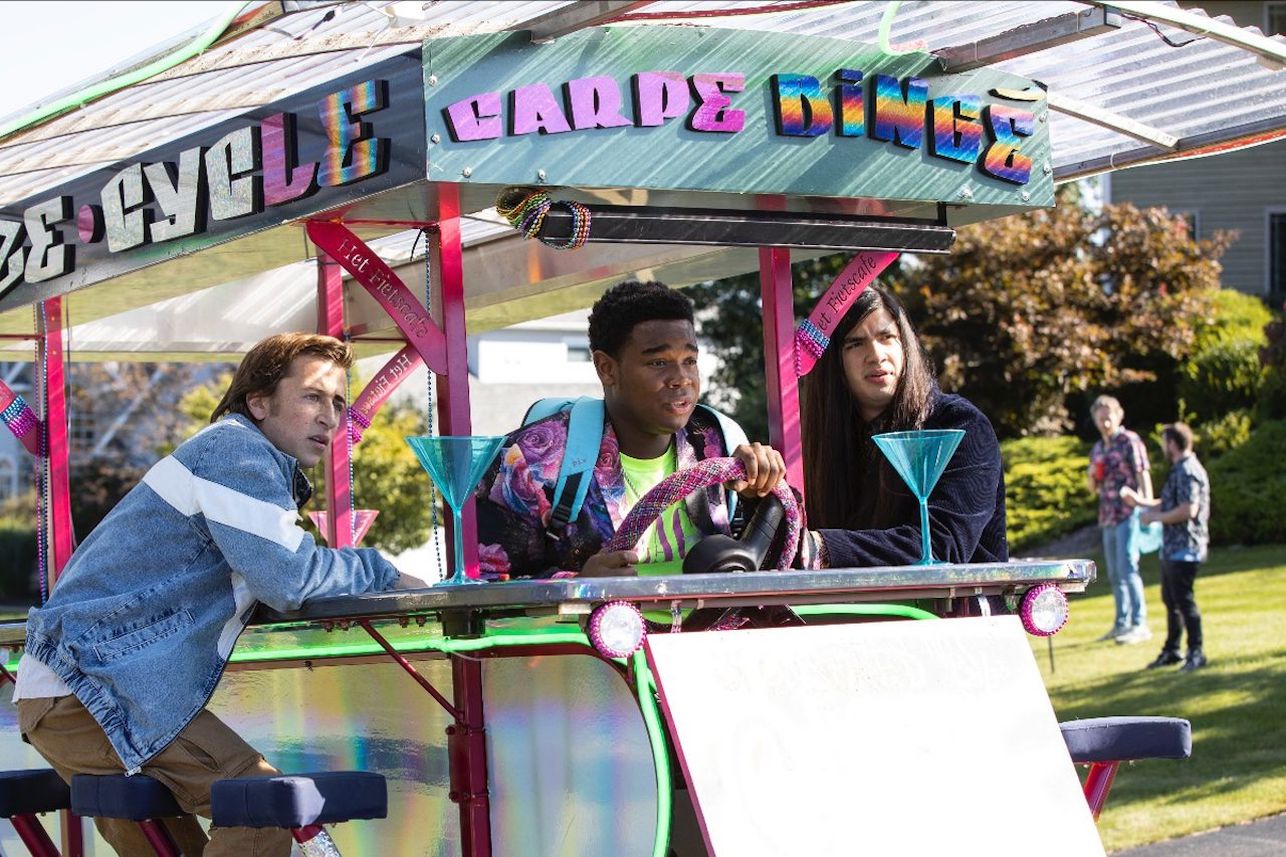 When it comes to The Binge, it just doesn’t feel like having a Purge-like premise has a point. Part of what makes The Purge work is how the world drastically changes for one day, allowing everyone to do things that aren’t even allowed in our world. Also, there is the added difficulty of having to survive the night when everyone’s out there killing for fun.

In The Binge stakes just aren’t high enough. The movie would have worked out just as well if it had employed the typical high school prom night premise. As it is, The Binge’s protagonists aren’t trying to survive certain death, they just want to have a good night as young adults and have a chance to get their crushes to notice them. 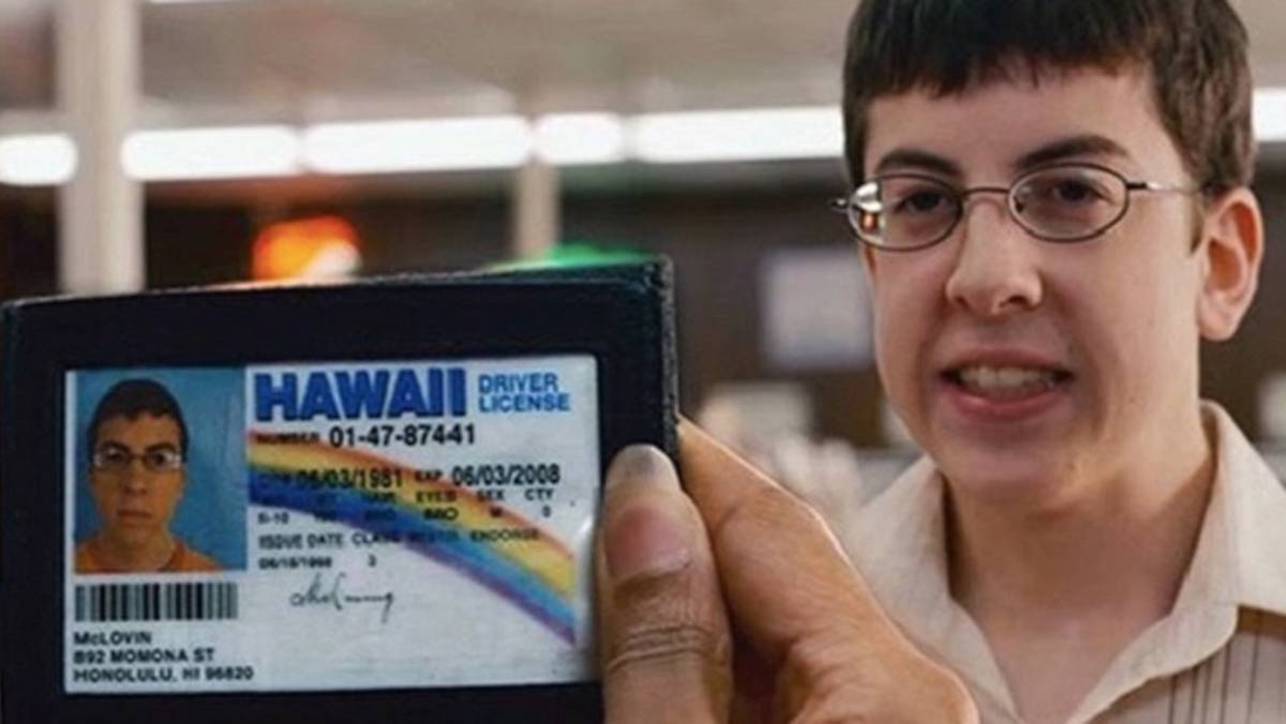 With The Binge, the problem isn’t really another story of the usual trio of outcasts, trying desperately to get to a party where one of the boys will have a chance to get the girl of his dreams – Superbad did all of these and we loved it! The problem is The Binge doesn’t add anything of value!

What made McLovin such a great character was Christopher Mintz-Plasse’s acting. We probably all remember the “I am McLovin” scene because of how well he performed in the scene. The line itself isn’t what’s funny but the way the character was portrayed. 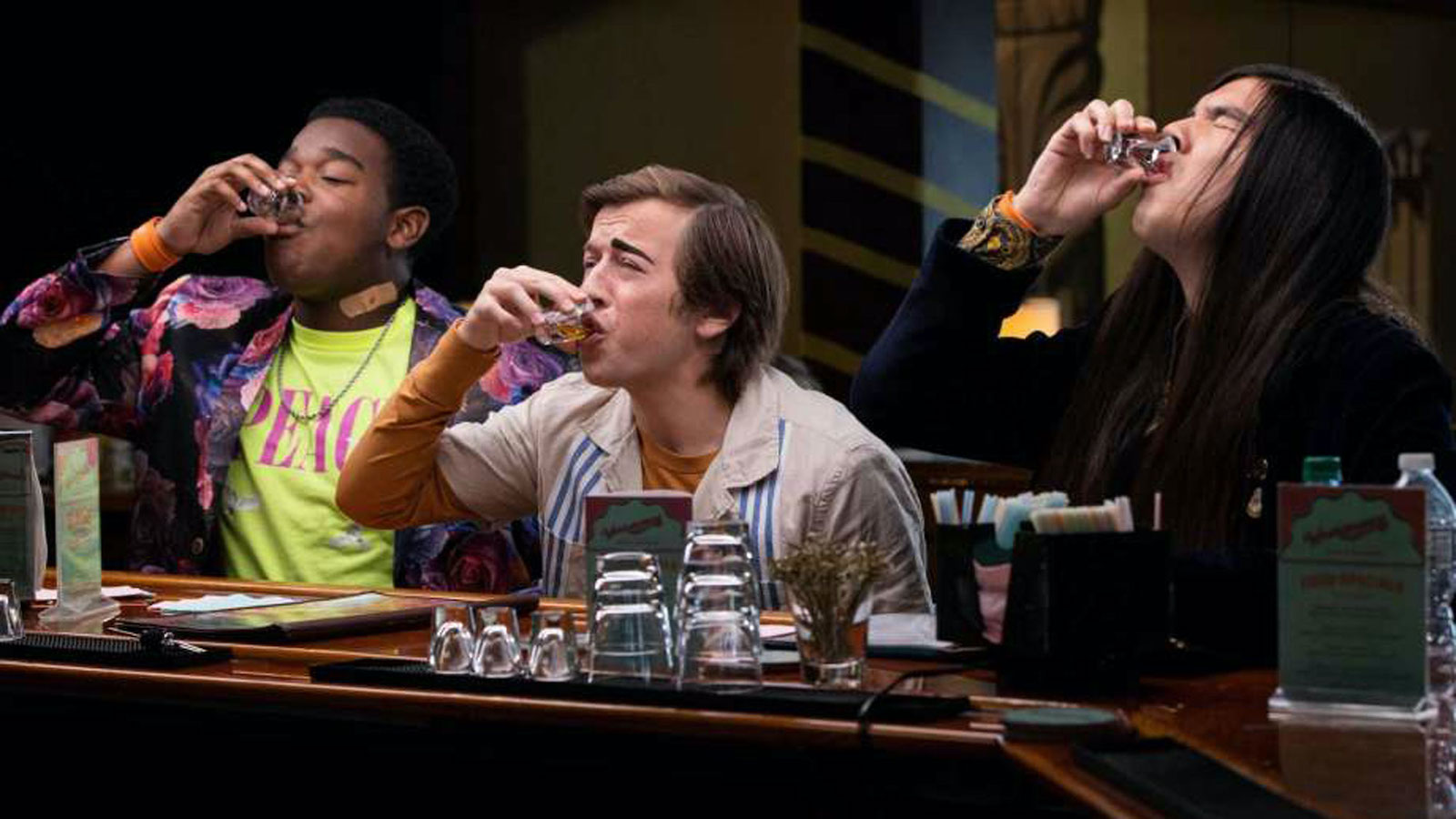 The issue with The Binge is the unremarkable acting. Skyler Gisondo, Dexter Darden, and Eduardo Franco have had interesting gigs before, but they didn’t do a memorable job in The Binge. Don’t get us wrong, they’re all very talented, but maybe this wasn’t the role for them.

Obviously, the directing had a big part in The Binge’s downfall. One of the things which made Superbad amazing was improvisation on many of the scenes. Actors had the chance to push their roles and a lot of what we saw in the movie came from the actors’ ability to improvise. Maybe if actors had been given the chance to take more risks, The Binge would’ve been a more exciting film.

Truth be told, The Binge isn’t the worst. Unfortunately, there isn’t anything remarkable to say about this completely average film. While you might not regret watching it, you’ll probably end up wondering why didn’t you use those ninety minutes doing laundry instead. 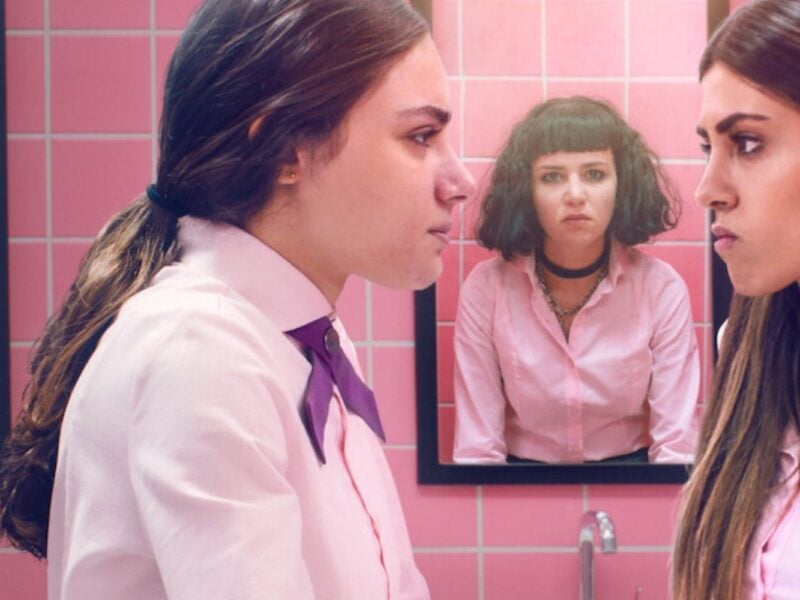