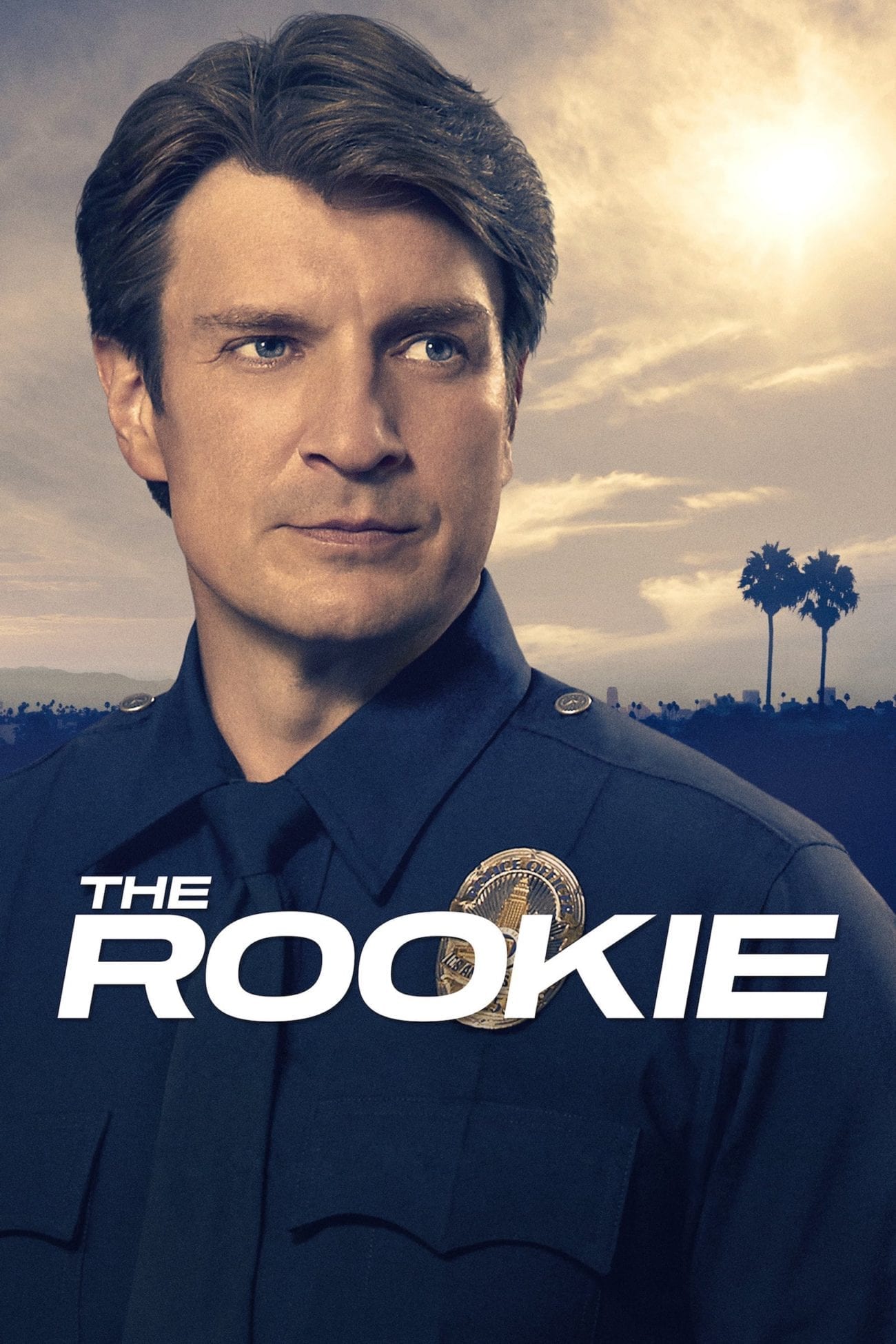 Inside ‘The Rookie’: The ups and downs of Nathan Fillion’s return

Oh Nathan Fillion, how we missed thee! It was three years since he’d hung up his Richard-shaped boots when ABC’s Castle ended, leaving us all wondering what was next for the king of the geeks.

But after eight years of channeling the swoonworthy character in the one-hour drama show, not wanting to leave his fans hanging, Fillion jumped swiftly into his next role as yet another charming, handsome, witty, and delightful lead character in the network’s new crime dramedy, The Rookie.

As the actor sashays into the middle-aged years of his life, so does his character John Nolan – a 40-year-old dude who gives up small-town life to pursue his dream of being a police officer for the Los Angeles Police Department. He must navigate the dangerous, humorous, and unpredictable world of a “young” cop, while forming new relationships along the way.

Let’s face it: the sight of the actor performing high-octane stunts in a uniform and a gun sling has done funny things to us. And like his previous characters, he’s forced to act quick in dicey situations, while his rather unwonted vocational circumstances make for some humorous asides.

But how does it measure up compared to Fillion’s previous work? Let’s take a look at the show so far – the good, the bad, and the ugly (pun fully intended). 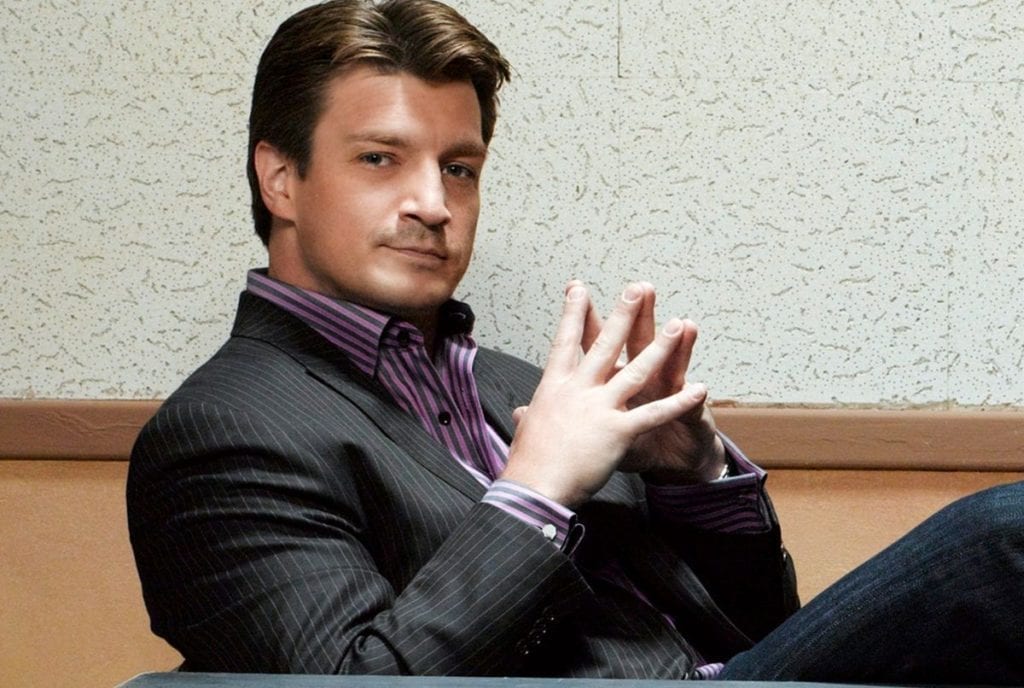 For: It fills that Castle-shaped hole while bringing something fresh to the table

Fillion re-teamed with Castle executive producer Alexi Hawley to create The Rookie, and anyone who’s caught the first three episodes will know that they contain some similar beats to the show – in particular that Fillion’s character has a partner and they make for a cracking on-screen duo (more on this to come).

That said, this is no Richard Castle and Kate Beckett, and as pointed out by Fillion himself, The Rookie is an entirely different dynamic. “I’ve played a lot of characters that have a lot of authority or disregard for authority and kind of do what they want anyway; this is not the case with Nolan.

“I find him to be a very honest and present guy. He’s thoughtful. I’ve played some kind of emotionally callus – they seem carefree, but actually they’re almost inconsiderate . . . It’s nice to play a character who cares a little more.” 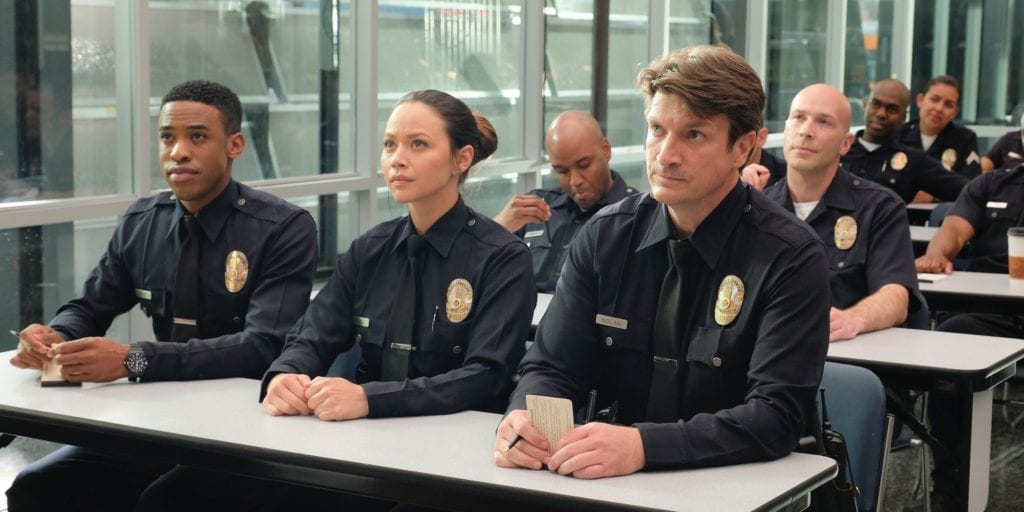 Against: You can’t teach an old dog new tricks

Some have argued the show relies a little too heavily on its age joke – soon into the show, Nolan’s described as a “walking mid-life crisis”. In its review, Deadline wrote, “The ‘you can’t teach an old dog new tricks’ premise is one that has been tackled by TV series and movies many times before, and The Rookie is thrown on the pile and easily can get lost in the shuffle.”

For: Nolan and Bishop make a great team

Speaking of perfect partnerships, the back-and-forth between Nolan and his LAPD associate Talia Bishop is comedic gold – she’s spiky and ambitious, but viewers know there’s softness inside, with her primary goals centered on making it home to her kid and making it as chief of police.

Whether they like it or not, these two make a great team (they just don’t always know how to show it). As fan Kelly wrote, “Don’t worry, we all know lowkey Bishop is a softy. Sooner or later she will show it,” while Shannon Hausen declared, “I think that Bishop is a badass. She and Nolan make a great team.” 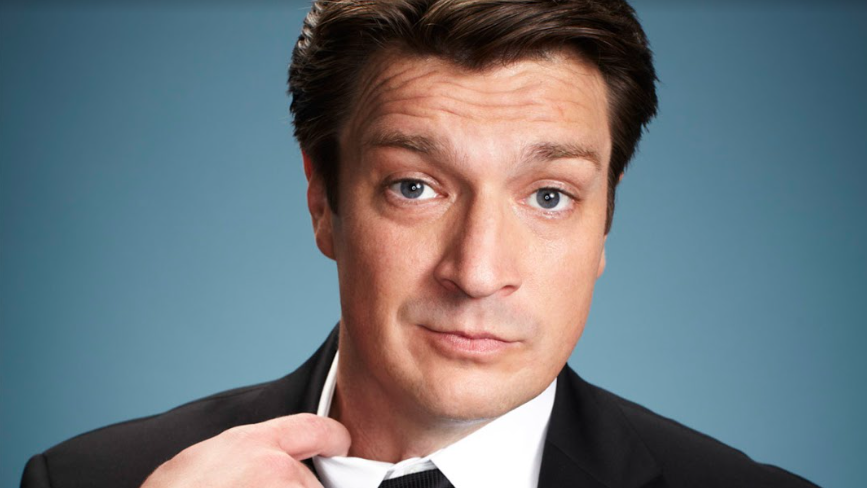 Against: Did Fillion jump ship too soon?

Okay, this is not our opinion, but one that’s been expressed numerous times across Twitter ever since the announcement of The Rookie (so don’t @ us). Although two years might seem like a long time to wait for the return of the beloved actor, some think it’s too soon for Fillion to have moved on from Castle.

Twitter user Angie Moak declared, “I miss @Castle_ABC cast members; not really into this show after a couple of episodes,” while Delores simply wrote, “I can’t forget him as Castle.” If you feel the same, perhaps your enjoyment of The Rookie has been hindered due to its swift release. Too soon? For some, it would appear so. 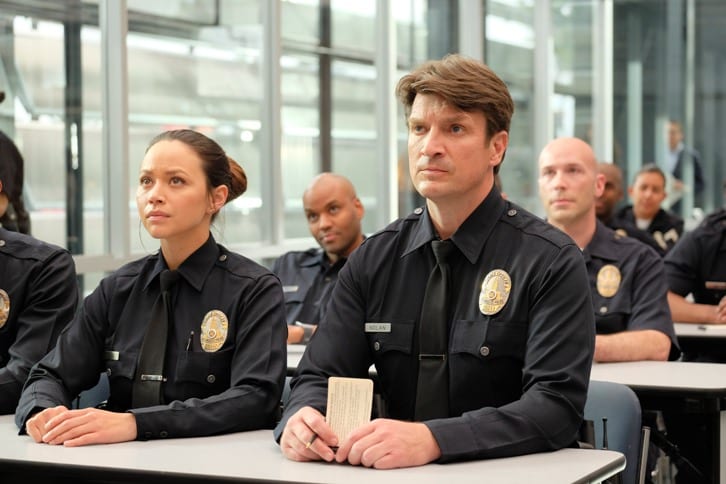 Officer Nolan + Officer Chen = #RelationshipGoals – not our words, but that of fan Matthew Twihard, who added “please don’t have them break up” in reply to the beautiful clip of Nolan strolling along the beach with fellow rookie Lucy Chen.

Whether these two will make it in their against-the-rules relationship is yet to be seen, but what we are certain of is they make for the perfect romantic aside among the dramatic scenes of the show. 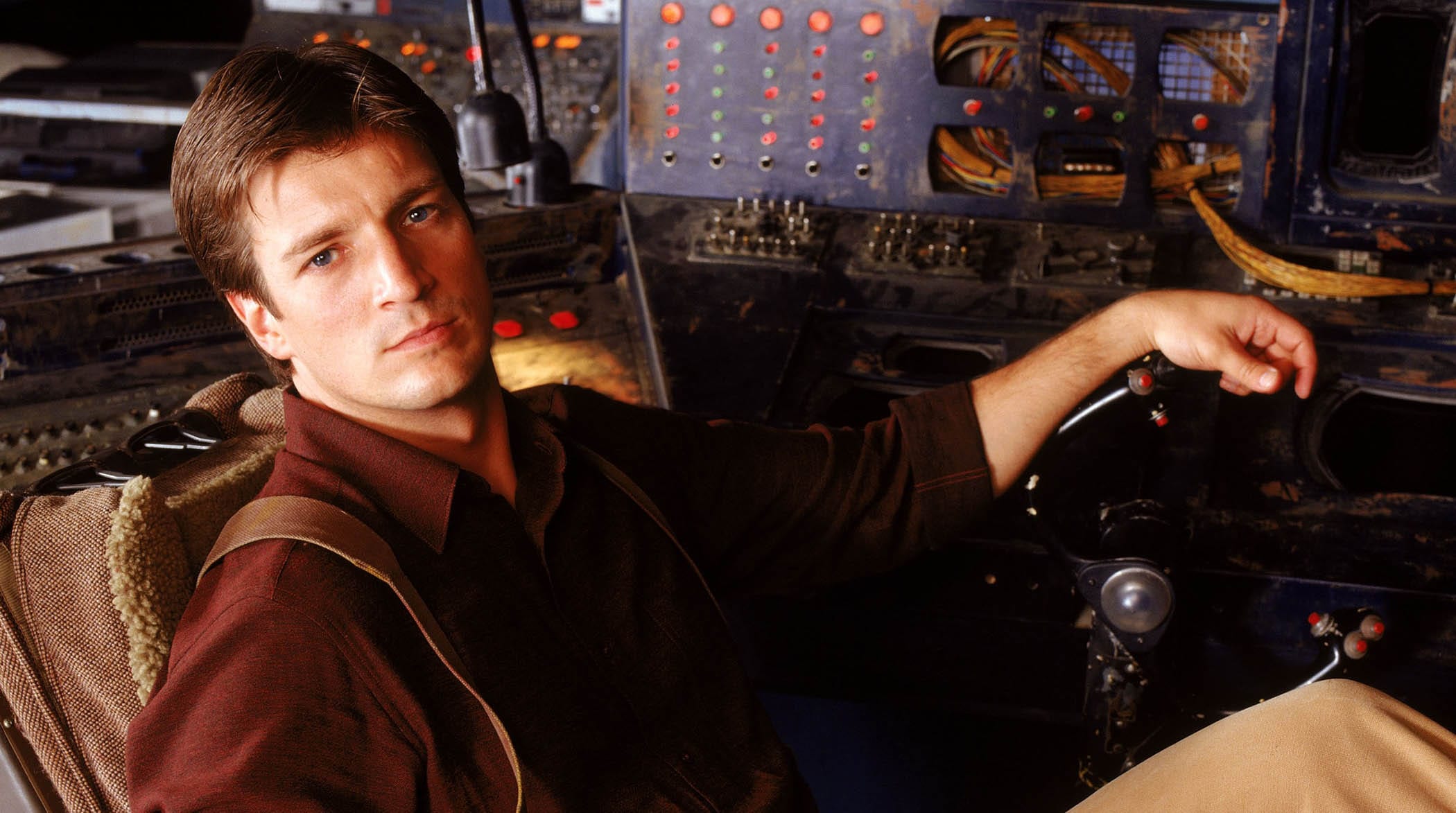 Throughout his varied career, Nathan Fillion has shown an impressive range of roles in a variety of cult-status films & TV shows.

Against: We miss Captain Mal

There, we said it. We shall never get over the ruthless end of Firefly and until the show makes a return to our screens, we will forever pine for the tight-trousered Captain. Many viewers shared a similar sentiment, with RdNkAngel remarking, ‘@NathanFillion will forever be my captain,” and The Sassiest Semite replying to The Rookie and Nathan Fillion with, “Bring. Firefly. Back.” You said it, sister. 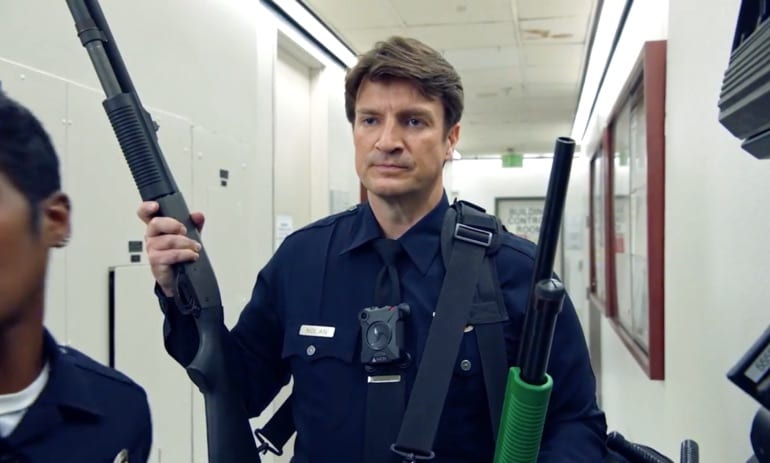 It’s not his quintessential role (do we need to mention Captain Mal again?), but Fillion is still his charming, witty, cute, endearing, integral, talented self as the central character. Did we mention the word charming? The performance remains very Filliony, but also makes for a natural progression for the actor as he moves into a brand new stage in his career.

As fan Matthew Wolfe stated, “Nathan makes a great detective just like when he was in @Castle_ABC.” Meanwhile, a number of viewers put down their reason to tuning in was to see Fillion back in action. What made them watch episode two and beyond? Fillion’s indelible ability to hook us in with his unmatched charisma.

Against: We don’t have any more

It would appear the pros far outweigh the cons when it comes to The Rookie. Yes, we miss Castle, and YES, we miss Firefly. But sweet lawd, the casting is amazing, the jokes are many, the writing is solid, and it’s easy-viewing chewing gum for the mind. Not taking itself too seriously, The Rookie is a balanced ensemble cop dramedy with a strong-as-ever Fillion at the center of it. 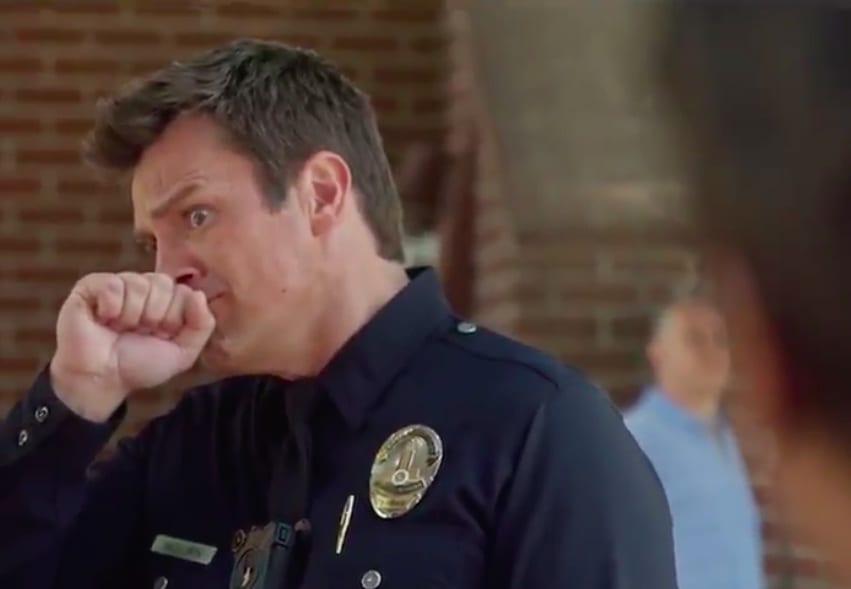 For: That face, though

Yes, Fillion’s facial expressions warrant a paragraph of their own – he’s still got the skills to write a thousand words with one swift raise of an eyebrow. As viewer Sally Ramsey Writer put it, “Nathan can communicate almost anything without a word.” Bravo, old chap! 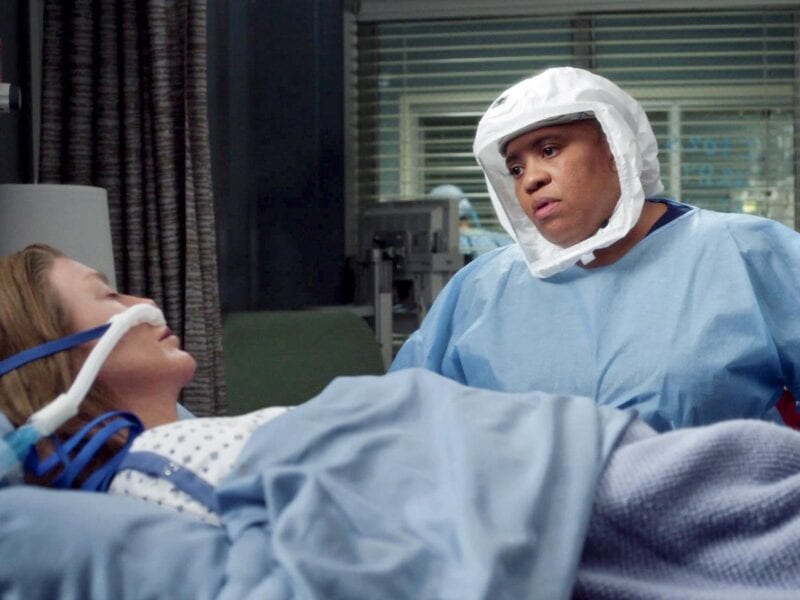 ‘Grey’s Anatomy’: Why season 18 should be this drama’s last 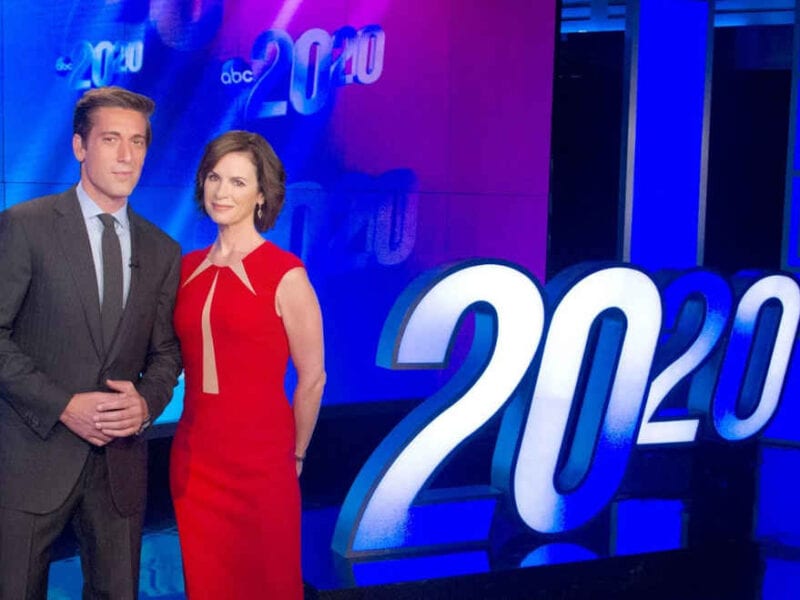 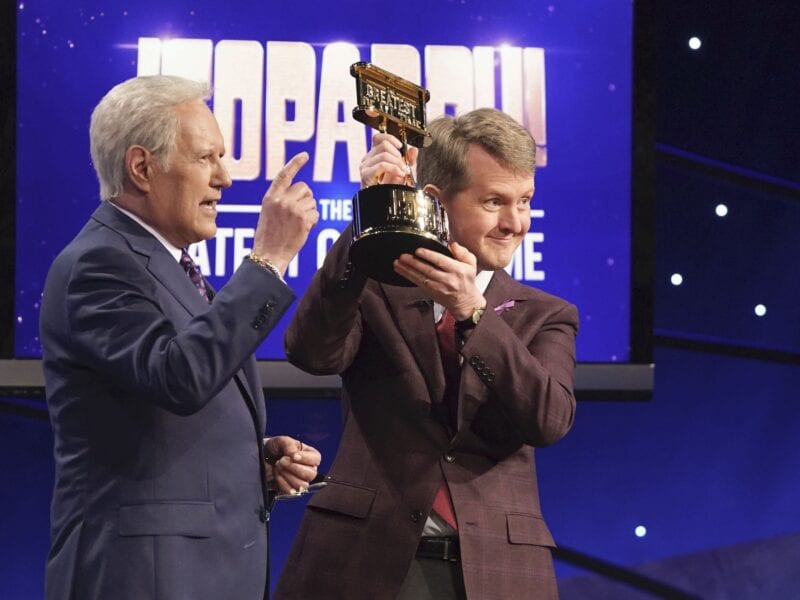