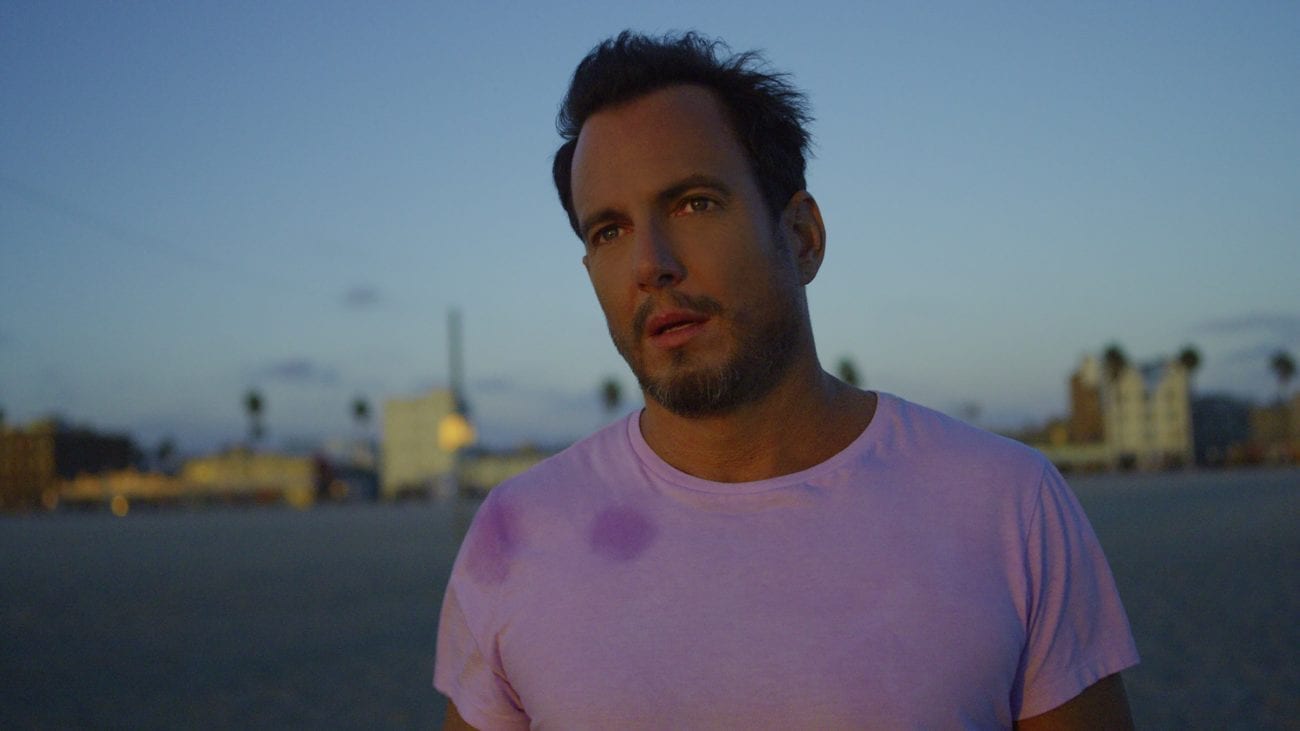 Verdict:
Flaked is a very realistic portrayal of the life of a drunk: flabby, undeveloped, and endlessly dull.

Pair with:
If you want to get deep into stories of addiction, we loved Love’s second season.

Or, if you want to cry into your popcorn, Bojack Horseman is back t his summer. He’s the quintessential schlemiel we can’t help but love.

What we saw:
No one plays a sad sack quite like Will Arnett (Blades of Glory, The LEGO Batman Movie), whether it was as the largely ignored, unfortunate son G.O.B in Arrested Development or titular depressive Bojack Horseman. It came therefore as no surprise that the lead character in the show he wrote and created for Netflix, Flaked, would show the same schlemiel colors.

Set in Los Angeles, Flaked season one was as Venice Beach as a show could be,  peppering the narrative with community in-jokes evoking the insular nature of the beach town inhabited by hipsters and tech VCs. If Venice Beach is a trip in real life, Flaked’s first season was a trip down a deeply depressing rabbit hole, as we joined Chip and his community of ex-addicts in a complicated world of his own making.

Chip is an alcoholic – or at least that’s what he tells himself and anyone else who’ll listen. He’s been sober since he killed a young man in a DUI accident and owns a stool store which never has any customers. Chip volunteers as a sponsor for many of the impressionable folks he meets in Alcoholics Anonymous, but we soon find he uses his sobriety as a tool to scheme, manipulate, and generally engineer situations to his advantage.

Chip lives rent-free with Dennis, one of his many “sponsored” charges, beds just about any woman he wants after giving them the pity shpiel (how he killed a man and it’s haunting his life), and eats and drinks for free all around Venice based on the good deeds he does for the fine local folks. While the show comes off like an extended version of the “Californians” SNL sketch at times, it’s not an easy watch – at the end of a weekend binging session, I was left feeling down and wondering if any of these characters actually resonate with people living outside LA.

Where Flaked S1 really excelled was its depiction of life in the Alcoholics Anonymous program. The backbone of the story was focused on the brotherhood between Chip (Will Arnett) and Dennis (David Sullivan), bound by their shared sobriety. The show followed Chip’s attempts to get the new mysterious girl in town while keeping his secrets and friends spinning. As the season closed, the girl was his, but he managed to lose his store, Dennis, and just about everyone else in Venice after he selfishly put his needs before the needs of that community. We catch up with him four months later as season two opens.

Not everyone was enamoured with Flaked S1, the plot lines deemed weak and the characters (especially females) being underwritten – but the overall charm, vibe, and ambience could make up for such weaknesses. Sadly, S2 is lacking that skill; maybe the second season had a reduced budget, they cut back on writers, or perhaps the story just fizzled out when some convoluted secrets were revealed. Whatever the reason, the new season comes off messy and rushed, missing the previous flashes of insight and glorious cinematography.

The main problem is that nearly all the characters are still severely underwritten, London (Ruth Kearney) being the most obvious example. This beautiful woman on a mission, replete with tragic backstory, comes across as nothing but a bauble to hang off the arms of the leading men in both seasons. We were hoping to learn more about her in S2, but are instead left knowing less – in fact, London’s backstory is without any deeply tragic meat on its bones. As a result, we don’t really care about Chip and London’s burgeoning romance – the girlfriend figure is a mere conduit to other plot points.

At the outset of Flaked Chip comes off as an enigma, but by the end of S1 we realize he’s a hollow man; witness his bike ride around Venice, full of compulsive lying and manipulation in order to avoid working through his problems (or even just working). While this reveal worked before, it’s not possible for Chip to continue his charades in S2 while retaining viewer interest. Having a static character who doesn’t learn from his mistakes can be incredibly boring – without progress, there is nothing to keep us entertained.

Drunks can be pretty dull IRL, and Chip’s act has long worn thin. In S1 we learned he didn’t kill London’s brother and is possibly not an alcoholic. In S2 we learned Chip is an alcoholic but doesn’t realize it yet. It’s an incredibly tedious journey for the viewer – it takes until the seventh episode to admit he has a problem.

Drinking stories are pretty uninteresting – heard one, you’ve have heard ‘em all. In Flaked, Alcoholics Anonymous features, like Venice itself, as a character. It’s in AA where we see the characters at their most honest – and passive-aggressive – with each other. The AA scenes pave the way for the drama of the show, but the trope becomes overused, with characters unable to speak their truth unless in a meeting.

Another big issue for Flaked is that Venice was gentrified like forever ago, and while the gentrification trope is a hot ticket right now (we see you, The Unbreakable Kimmy Schmidt) the plot comes off disingenuous and an atmosphere of severe housing problems. Recent statistics reported young adult homelessness rates up by 23% in 2016 alone in Los Angeles county – not taking into account the vast number of transient couchsurfers, AirBnBers, carrot daters, and car dwellers. Many members of society are between jobs or working the 1099 economy and don’t have the money to even mount the rental ladder in the US – with the idea of owning a home completely out of reach.

At the end of “Day One”, we see Chip homeless, about to hook up with a new AA friend to get a roof over his head for the night. Cooler has been evicted for nonpayment of rent and about to move into his car. London, who never really had a fixed abode at any point in the narrative, is sleeping on a friend’s sofabed. A gaping S1 plot hole was that none of these characters seemed to work, so it felt ridiculous that they could afford their Venice Beach lifestyle – but at the same time, this season’s spate of homelessness is the writing team papering over a chasm. A more interesting and timely narrative? The characters bust their asses to earn $50k a year and still can’t make rent in LA.

Sadly, nothing of note really happens in this season of Flaked. It’s an exercise in catharsis, a guide book for addicts, that falls off the wagon. With Will Arnett admitting he personally fell back into alcoholism when producing Flaked S1, this season may just be a personal exorcism. Bleeding onto paper can make amazing art, but without properly rounded characters we’re not invested in their fight against addiction.

At the end of the day, Flaked is a lot like Venice itself: a glossy façade covering a troubled community’s endemic problems. If this show makes it to a third season, we hope to learn more about characters’ motivations and see the plot progress out of AA meetings and onto the streets of a varied and intriguing beach town.