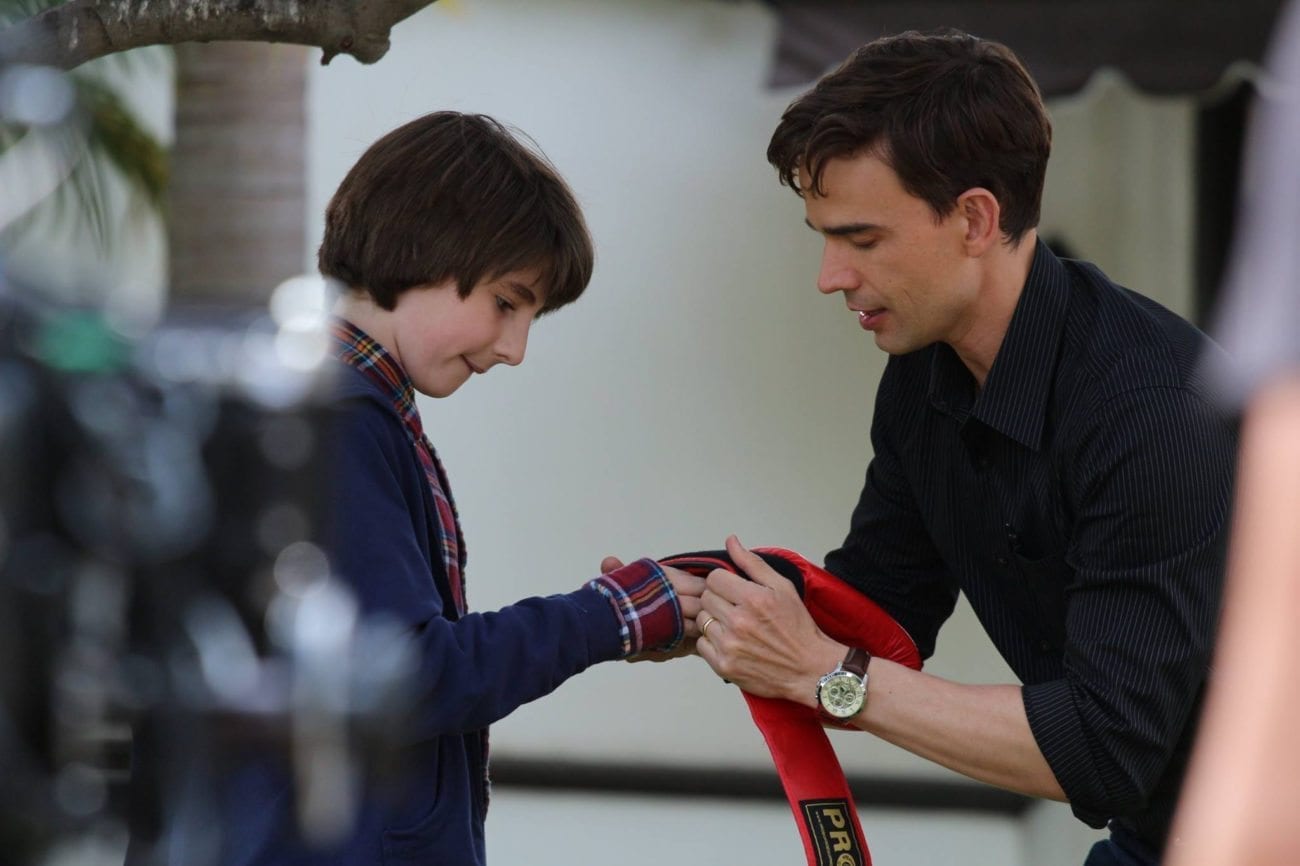 Hollywood studios love to treat autism as a condition rife with not only difficulties but magical abilities, usually of the mathematical sort. Filmmakers rarely have real experience with autism, and it’s easier for people ascribe a fantastical narrative to what is actually a complicated and abstruse condition. All that makes a film like A Boy Called Po even more unfortunate, directed as it by John Asher (Tooken), a man with an autistic son of his own. A Boy Called Po might have the best of intentions, and Asher clearly meant well with it, but that doesn’t cure its cloying and saccharine tone, falling prey as it does to the same old autism fiction tropes.

Shot and structured as a movie of the week, A Boy Called Po explores the relationship between Po (Julian Feder) and his father David (Christopher Gorham), as the former begins to “drift” into his thoughts after the death of his mother. Asher’s most notable directing credit before A Boy Called Po was One Tree Hill – and that shows, not just in the stale, flat visual style, but also in the approach to story and acting.

The story basically hits all the expected beats of a CW series. Po gets bullied at school, while David struggles at work, as he is too proud to listen to school administrators who try to make him understand they can’t provide the help and care Po needs. Many scenes even end with fades, as though Asher was told to plan for commercial breaks. Between those invisible commercials, the incessant Burt Bacharach (Forest Gump) muzak score, and the wooden dialogue, A Boy Called Po would be laughable if it wasn’t so sincere.

Asher struggles even more when visually illustrating Po’s autism like some Narnia excursion. Po mostly copes with the loss of his mother by putting one of her scarfs on his head and retreating to other times and places, where he hangs out with Jack (Andrew Bowen), a fictionalized version of the janitor at his school, who also happens to be autistic. When Po isn’t in scarfland, his only friend is Amelia Carr (Caitlin Carmichael), a British girl who reads the encyclopedia to him – and doesn’t actually exist.

Numerous characters appear in order to bluntly tell David he needs to send Po to a facility that can help him but, of course, he can’t just do that – he has to go through a journey first, one long enough so that we can see more of Po’s magical scarfland and get glimpses of his budding stock market wizardry. The delay also leaves room for romance to bloom between David and Po’s behavioral therapist Amy (Kaitlin Doubleday), who desperately wants to fill the void left by his dead wife, if only David would simply learn to accept help and let go of the past.

As you might have surmised, this isn’t a film that has much respect for trained medical professionals, arguing in essence that a father’s love and acceptance is the only effective form of therapy, and a child’s return of them the greatest cure for grief. Had David simply gone to a therapist himself, perhaps we’d have been spared this film altogether.

Everything in A Boy Called Po is depressingly unsurprising, right down to its deus ex autisma* ending. It’s not even right to say A Boy Called Po is a disappointment, because as much as Hollywood likes to tell autism stories, it never manages to tell them with anything resembling care and inventiveness. The disappointment here is that Asher’s personal experiences with autism haven’t prevented the same clichés Hollywood always falls back on with this subject matter, resulting in a film that reduces its namesake to nothing more than a living, breathing McGuffin.

*Ed. note: The grammatically correct autismo would ruin the wordplay. 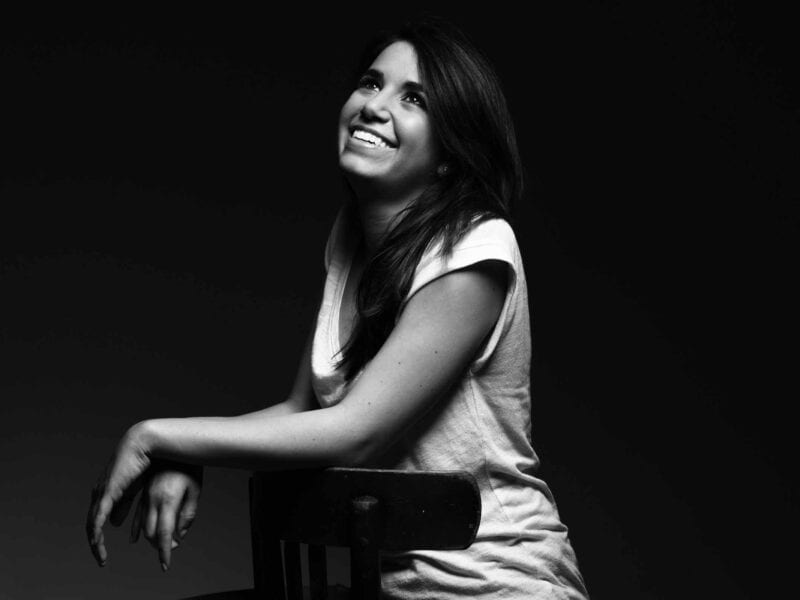 Actress Oriane Pick: All the reasons she deserves your attention 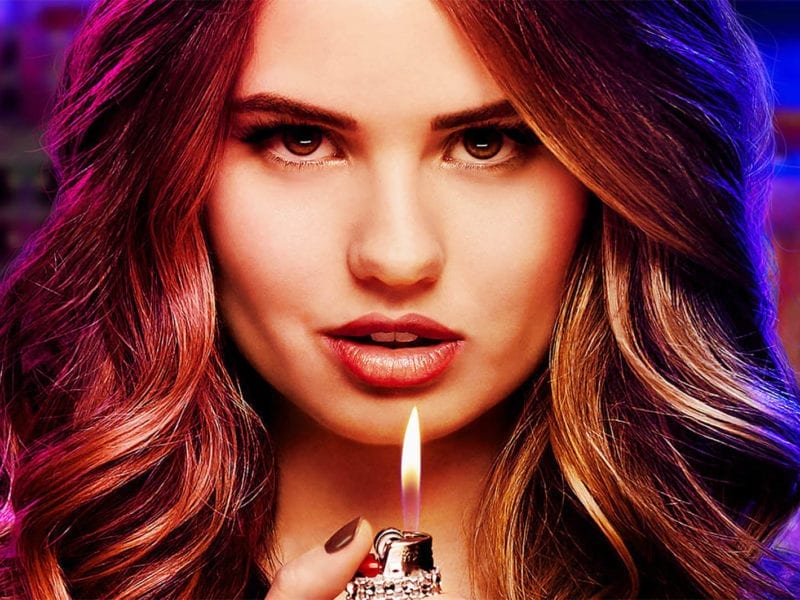 WTF, Netflix? Here’s why ‘Insatiable’ shouldn’t get a season 2 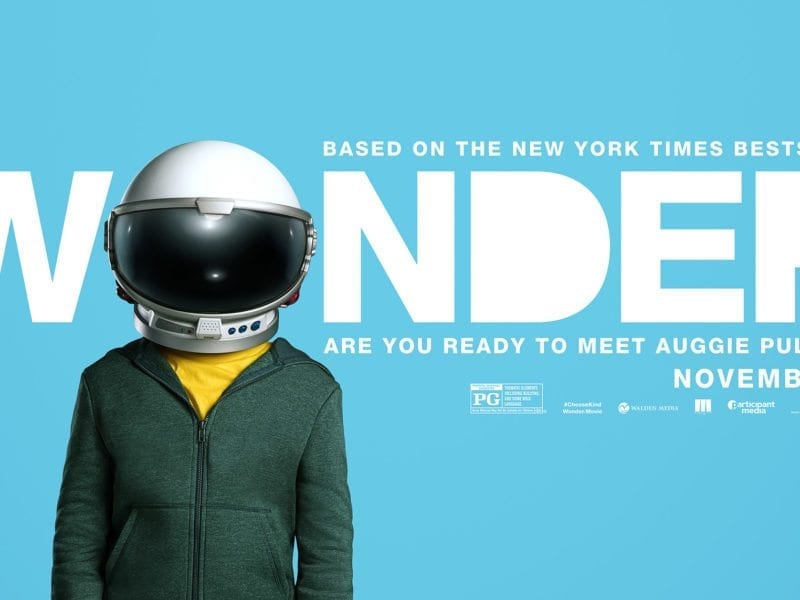