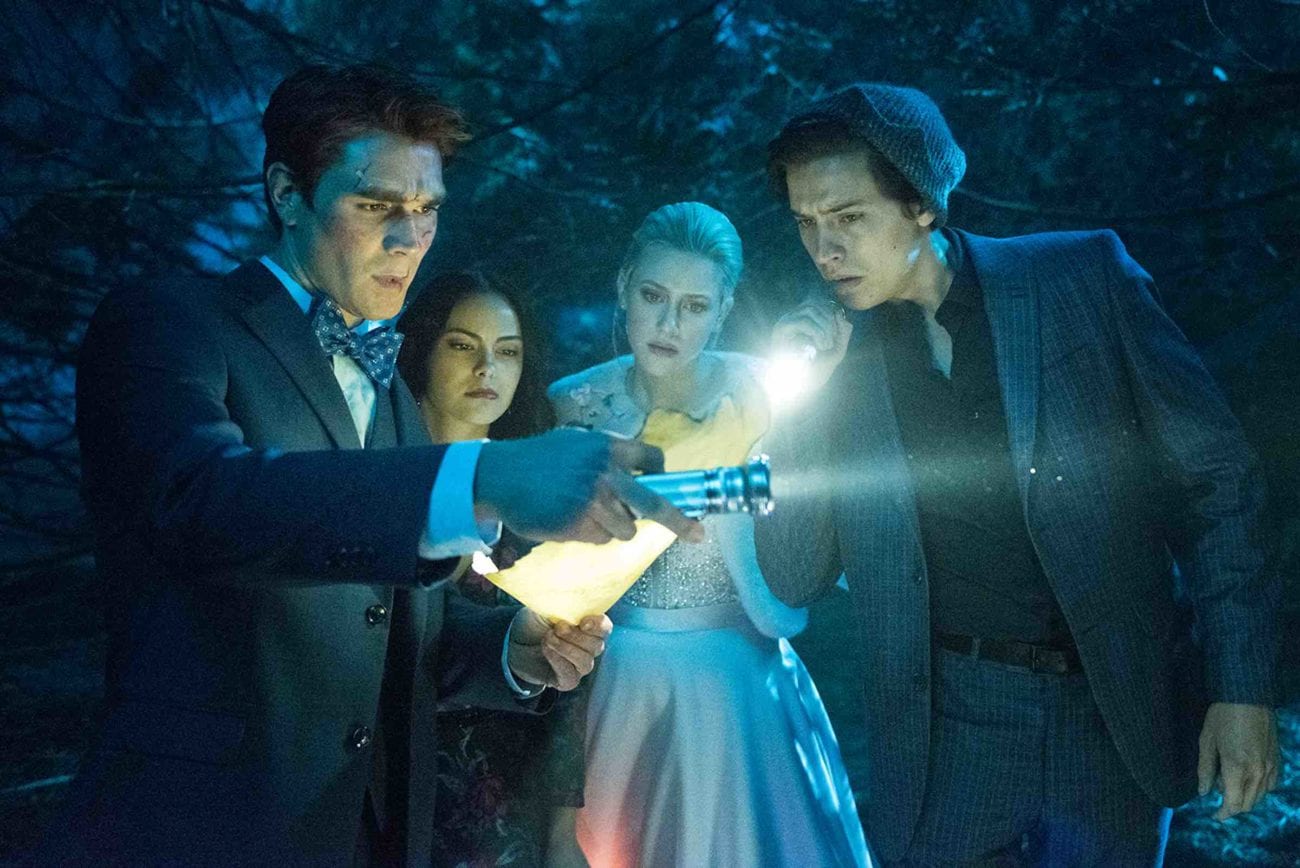 Riverdale is one of those series that continually tops itself in new and inventively insane ways. To our shock, however, it looks like Riverdale’s fourth season is taking a step back and trying to make some sort of logical real-world sense. Sure, there are secret societies and tickle fetishes because this is Riverdale, but largely it seems to have chilled out some in season four.

That doesn’t mean that Riverdale has lost its insanity. For example, what’s going on with those flashforwards? Is Jughead (Cole Sprouse) for realsies gonna die? How many more times will Bret Weston Wallis (Sean Depner) get punched in the face before the season ends?

Time to scratch your head over possibly dropped plotlines and wonder why no one has gotten therapy yet. Let’s see how well you know Riverdale season four up to “Chapter Sixty-Nine: Men of Honor”. Be sure to tweet your score to @FilmDailyNews.