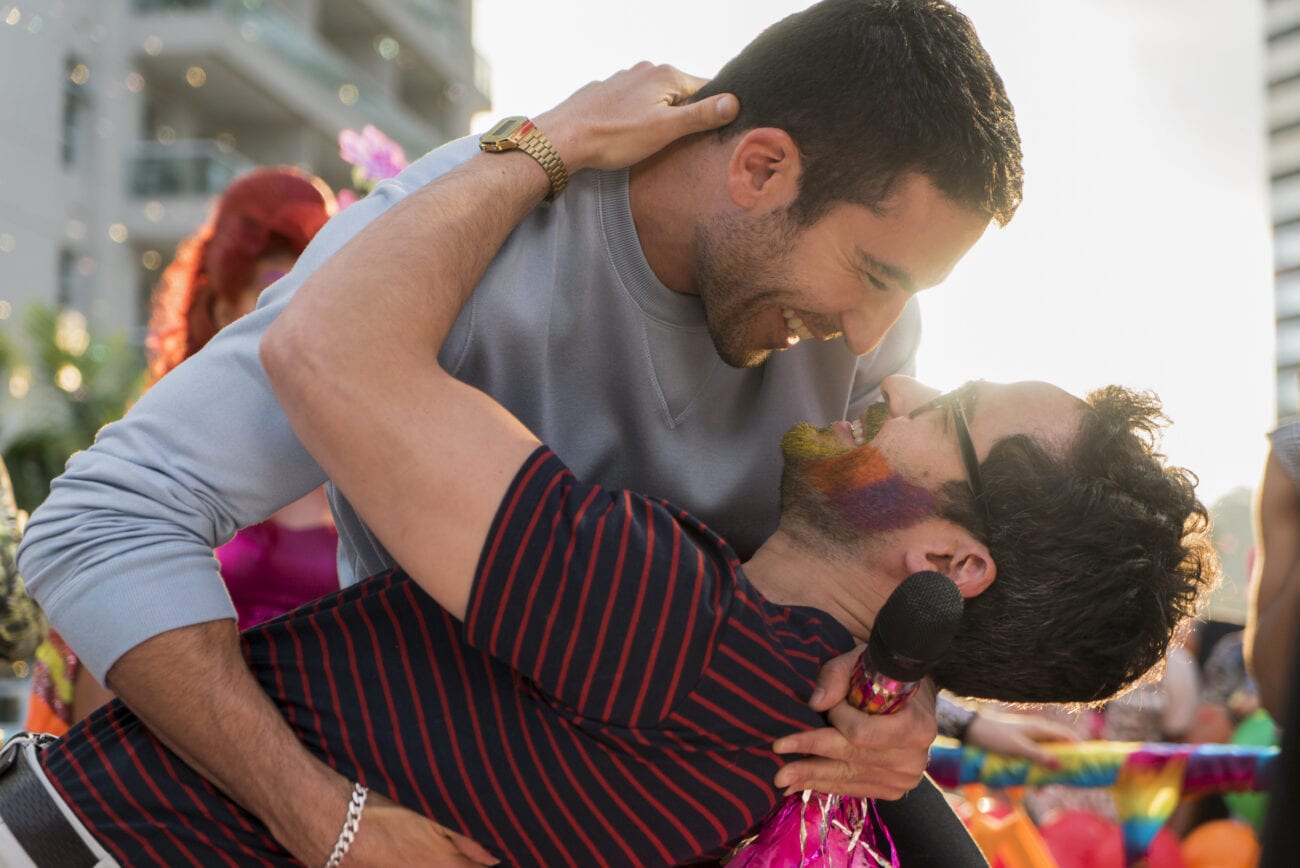 One great thing about living in the year 2021? There are more queer sex scenes on TV than ever before. We’ve scoured the internet and found some of the best queer lurve scenes on TV that we think you’ll enjoy too. And who knows? Maybe you’ll find a few new shows to watch as well! 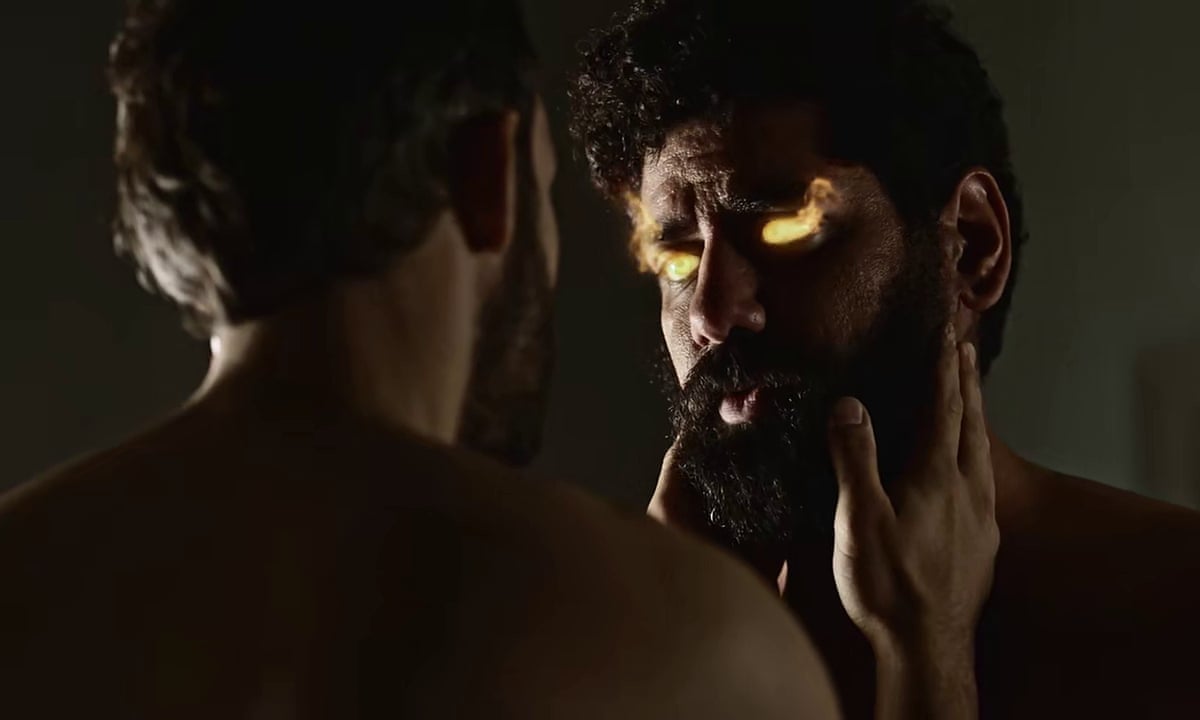 If you’re interested in the best sex scenes on TV between a pair of star-crossed lovers, look no further than Salim (Omid Abtahi) and the Jinn (Mousa Kraish) from Neil Gaiman’s American Gods. The way the scene is lit only illuminates just how sensual the love is between them in season 1, episode 3. 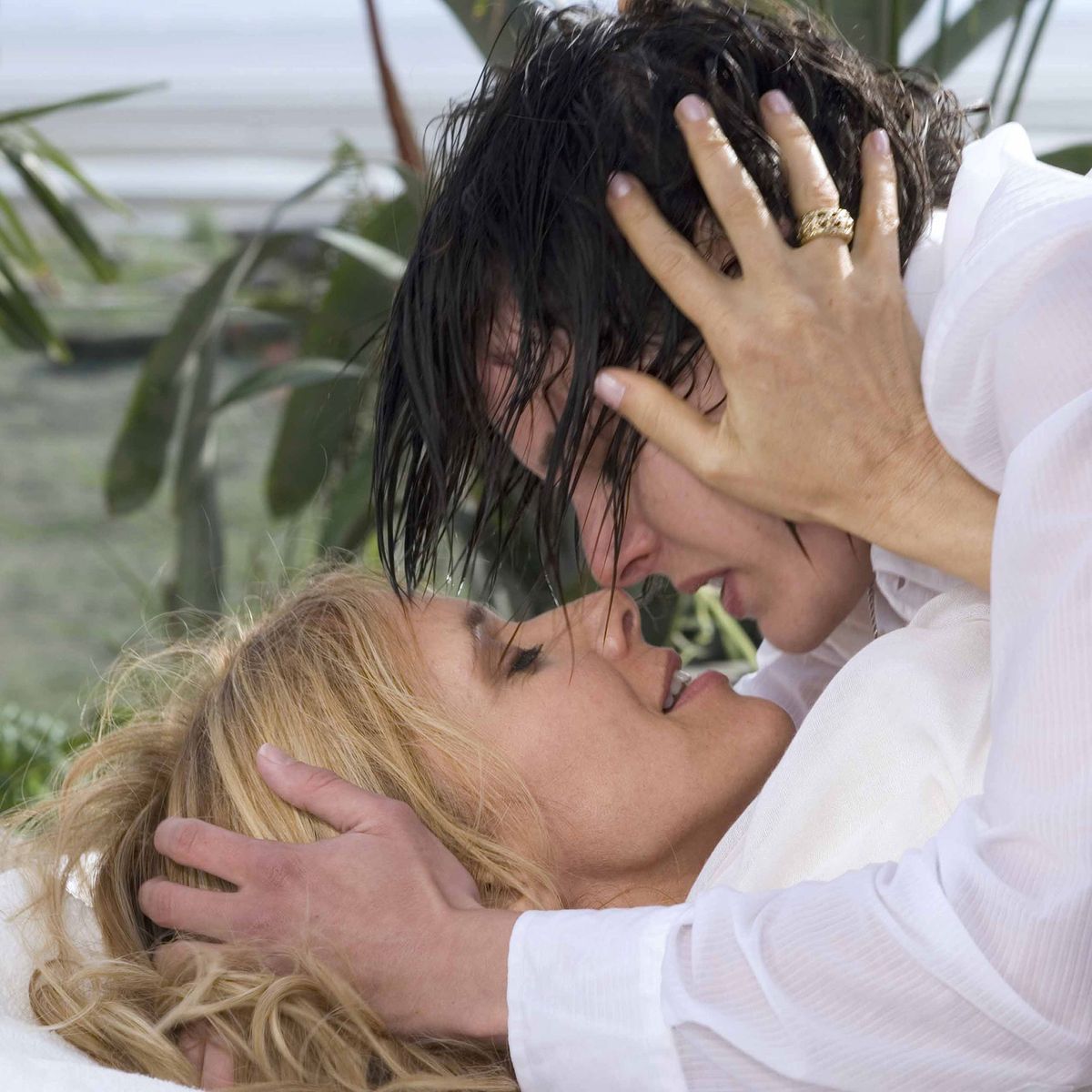 If you wanted a show chock full of hot lesbian lovers, look no further than The L Word. If you’re looking for a favorite, there are a ton to choose from. 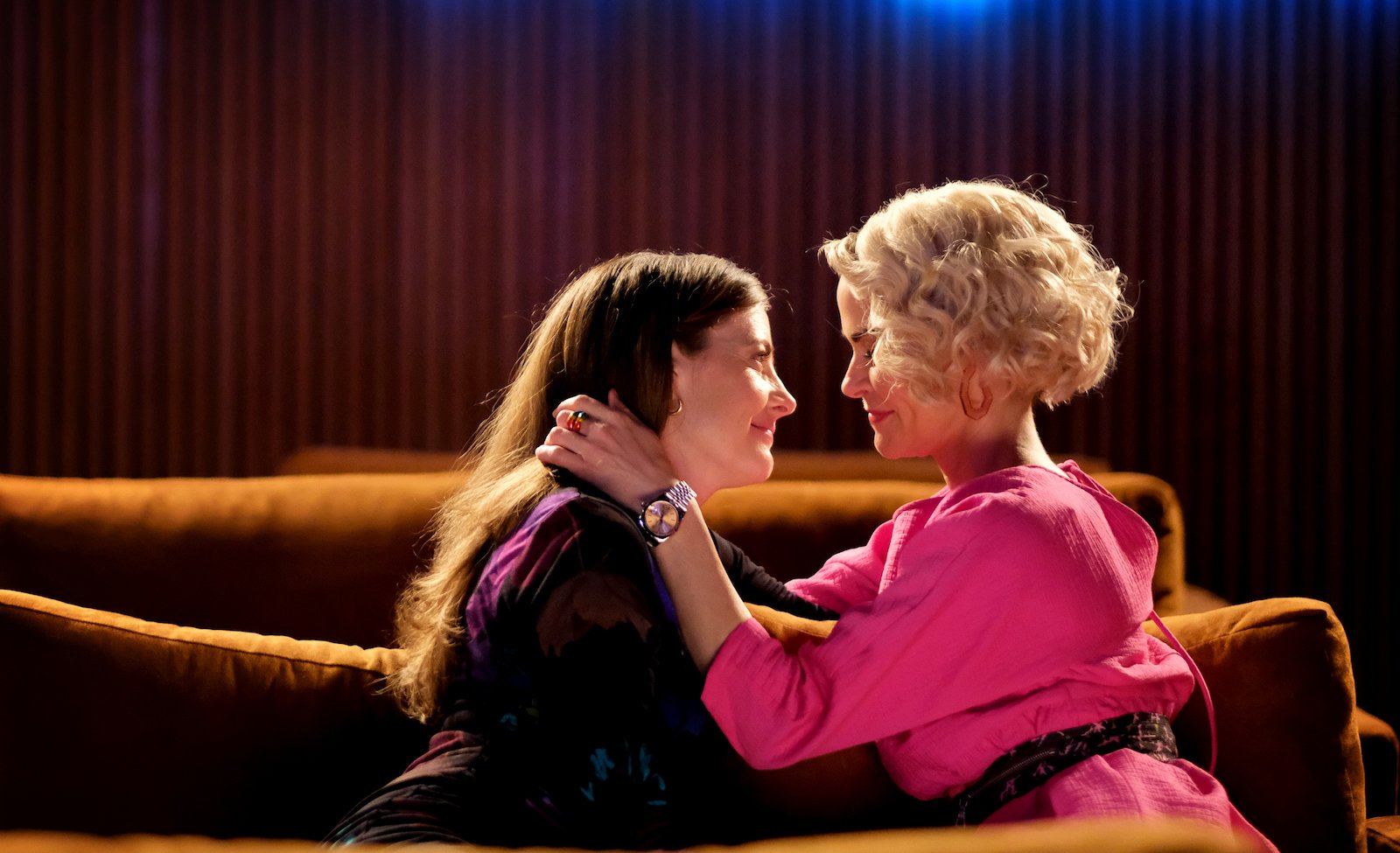 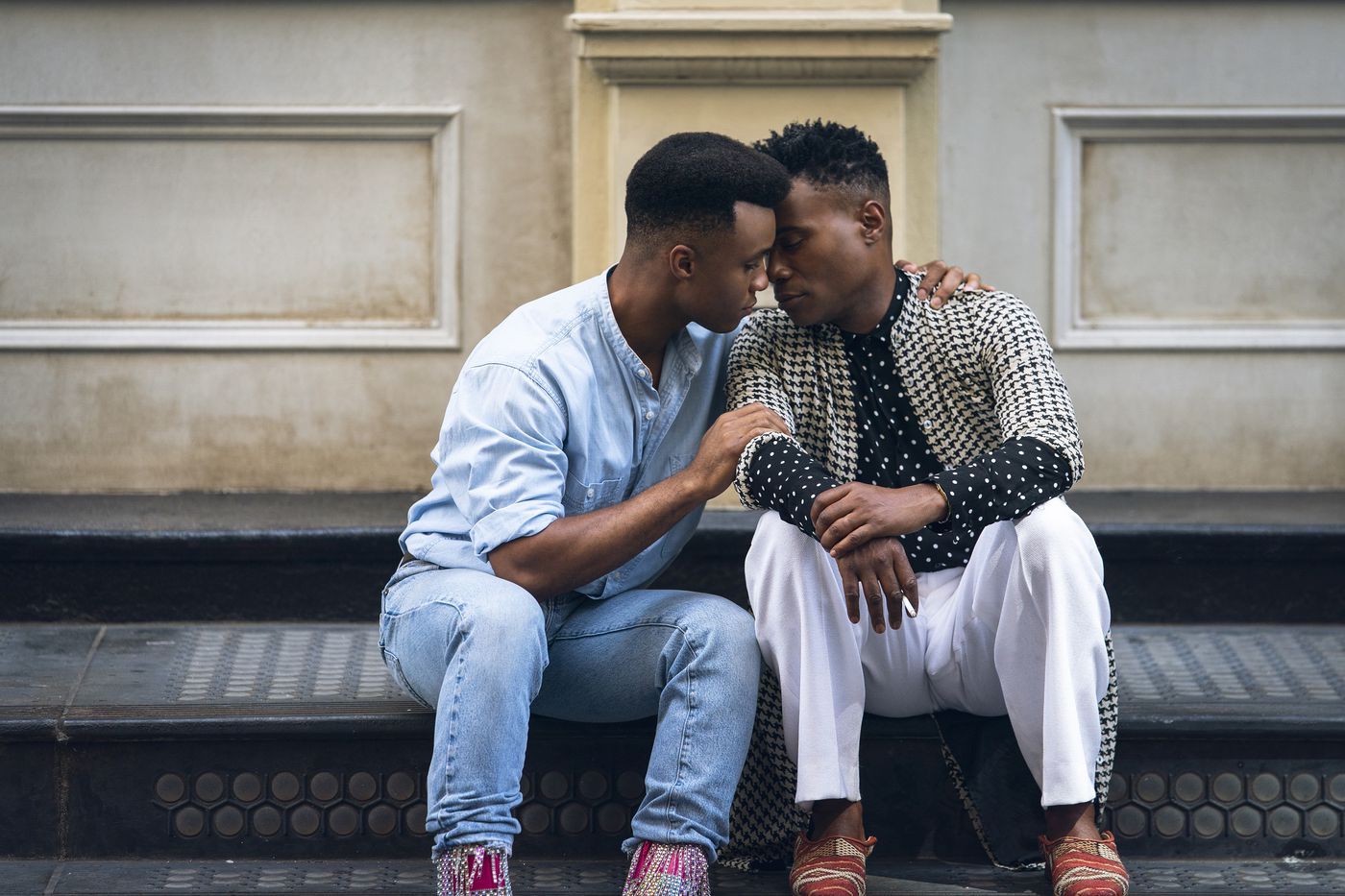 A fictionalization of gay ballroom culture, Pose has a been a strong contender since day one. While the balls bounce between campy & sensual, the show is always a fun one to watch. However, as far as queer love scenes go, there’s one that jumps to mind: the fiery scene between Pray Tell (Billy Porter) & Ricky (Dyllón Burnside) in season 2. It’s easily one of the best bedroom scenes in television ever. 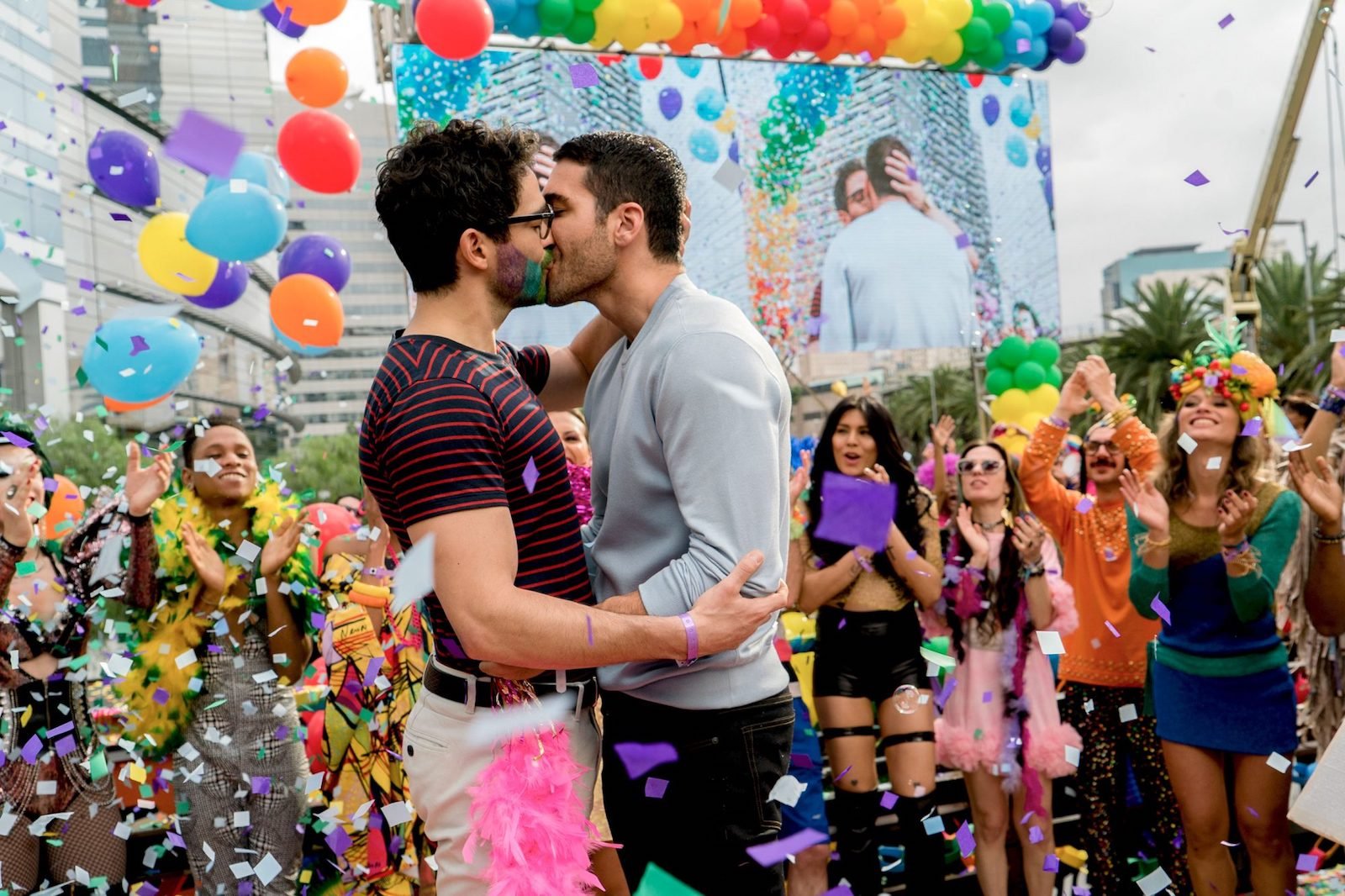 The short-lived Netflix show Sense 8 (rest in peace) had quite a few hot scenes throughout the show. Early in the first episode is a lesbian love scene between girlfriends Nomi (Jamie Clayton) and Amanita (Freema Agyeman). Later, boyfriends Lito (Miguel Ángel Silvestre) & Hernando (Alfonso Herrera) make love on a beach. Not to mention the pansexual party that happens between the chosen eight. 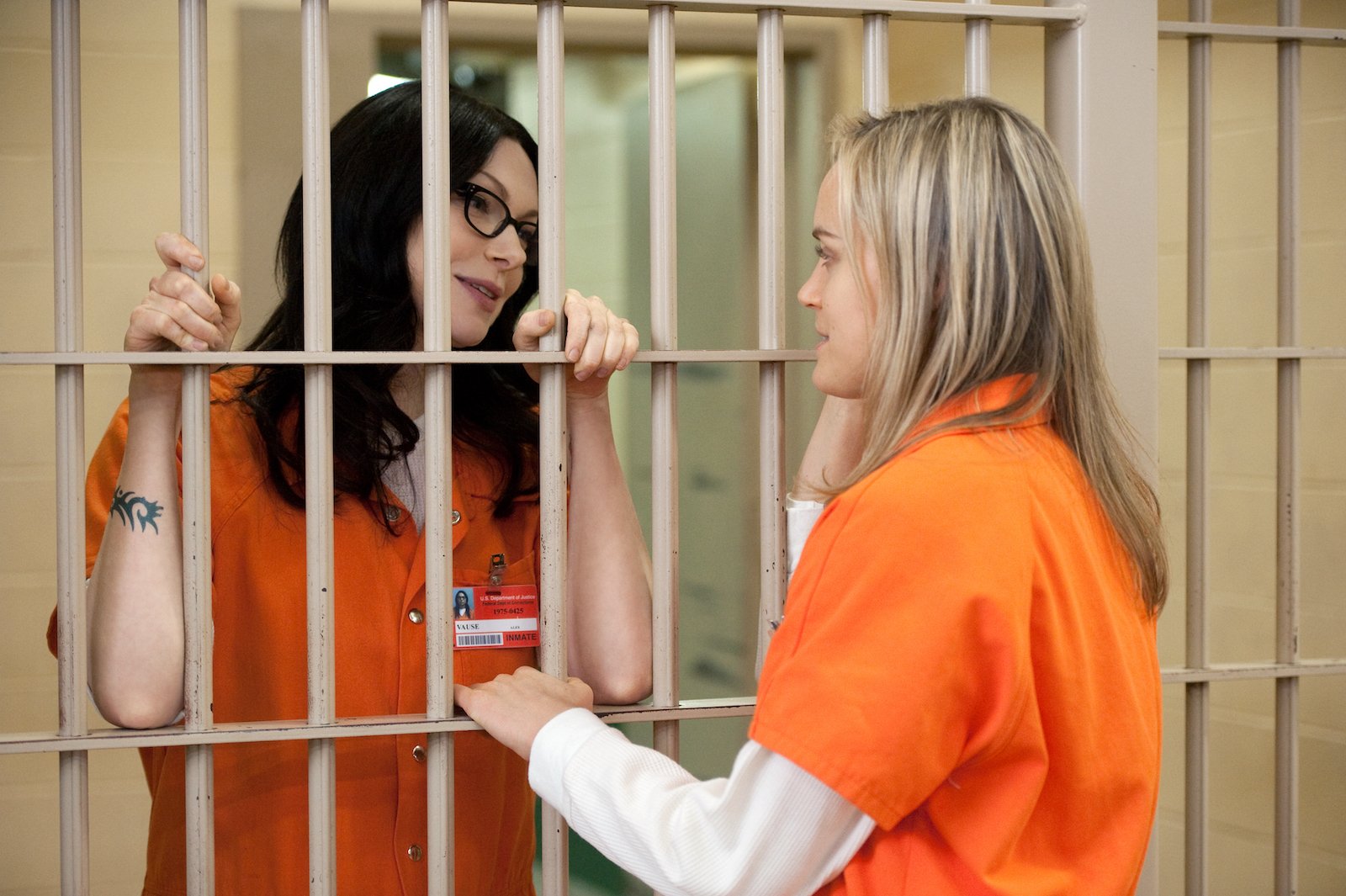 Piper (Taylor Schilling) & Alex (Laura Prepon) may not be the most likable characters on the show but boy do they sure have chemistry with one another. It shows in each & every love scene between them of which there are a few. A favorite is the shower scene from the very first episode. 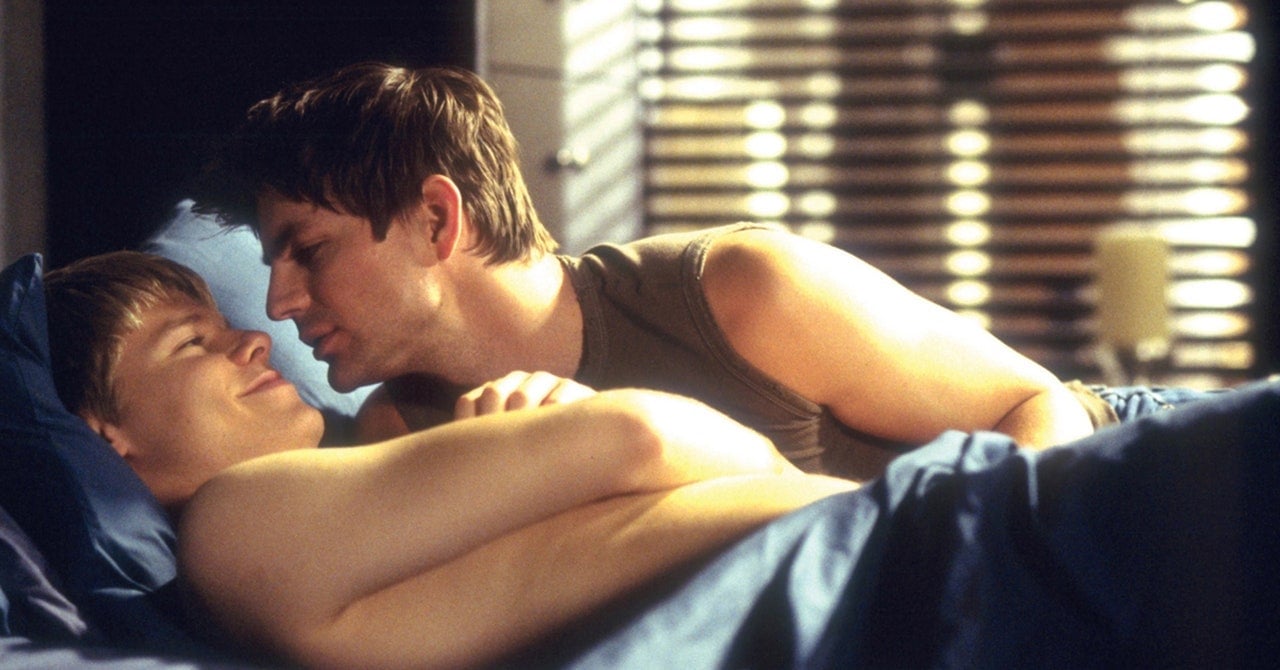 Much like The L Word, Queer as Folk is filled with hot scenes, making it hard to choose our favorite. Across the board, season 1 episode 1 seems to be a favorite (and a great way to kick off the show) in a scene that involves Brian (Gale Harold) introducing Justin (Randy Harrison) to the world of queer love. 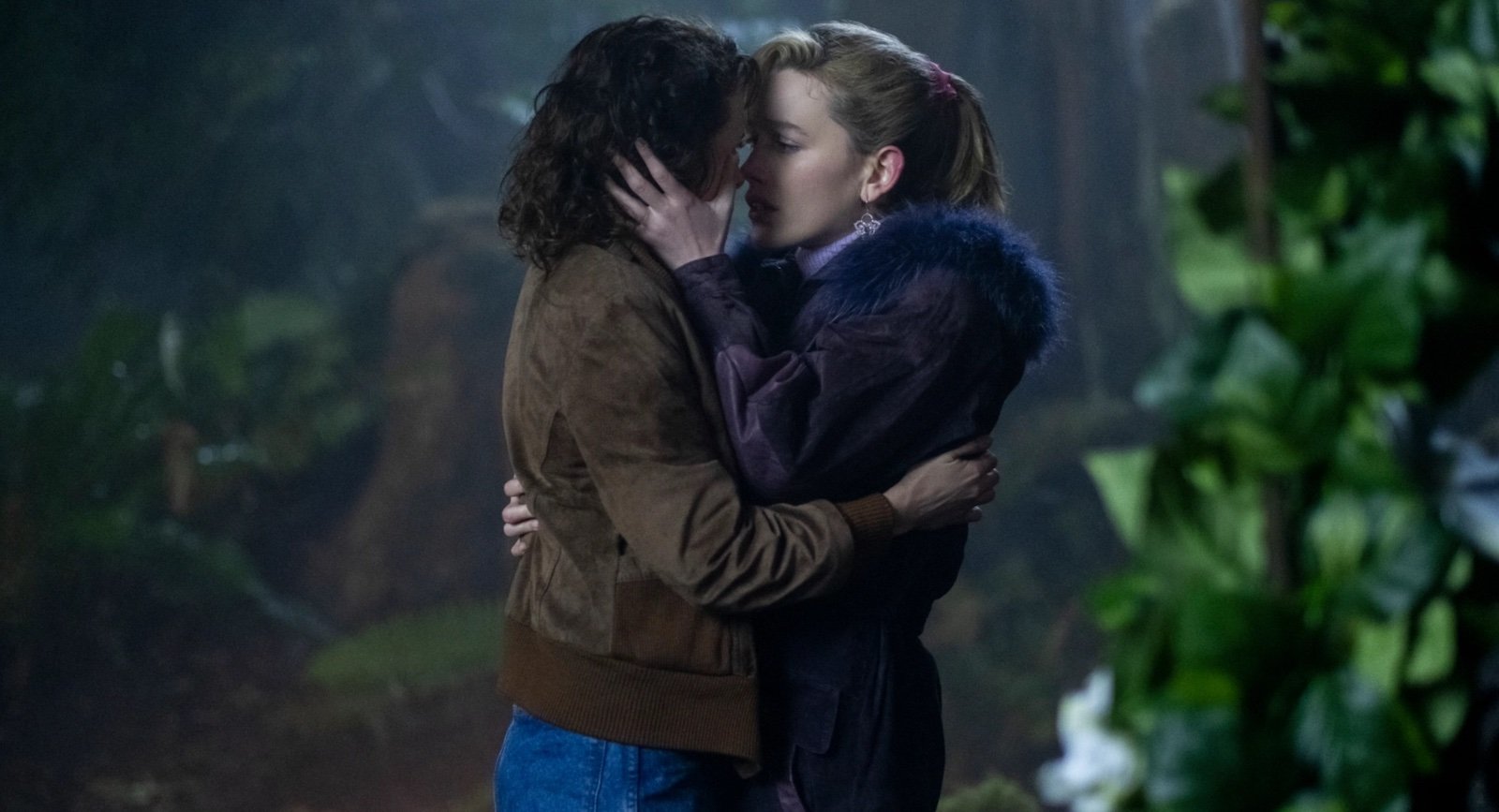 The Haunting of Hill House

While The Haunting of Hill House is known for its ghostly encounters and sibling drama, it does have a sapphic subplot that features two sexy scenes. Middle child Theo (Kate Siegel) meets Trish (Levy Tran) at a club, seduces her with her dancing skills, and takes her home to make sweet, sweet love. Thankfully for viewers, it happens more than once. 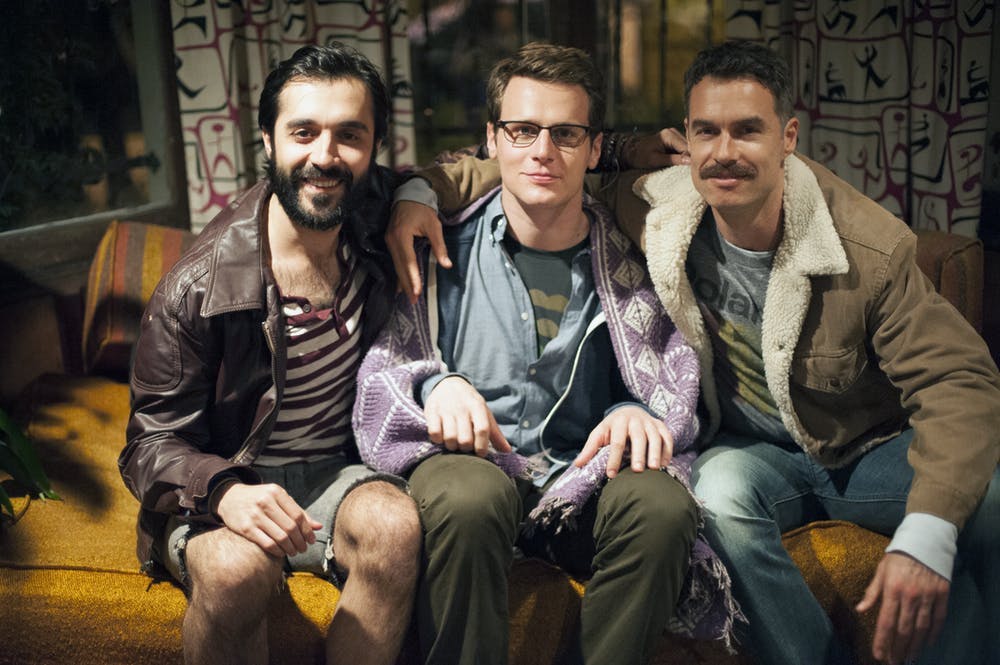 Looking is a show about gay men living in San Francisco, so it stands to reason that there would some hot scenes on the show. Yeah, there are! Our favorites are between videogame designer Patrick (Jonathan Groff) and his boss Kevin (Russell Tovey). The scene in which they first hook up is hot, but the scene in season 2 when Patrick tops Kevin for the first time is on fire. 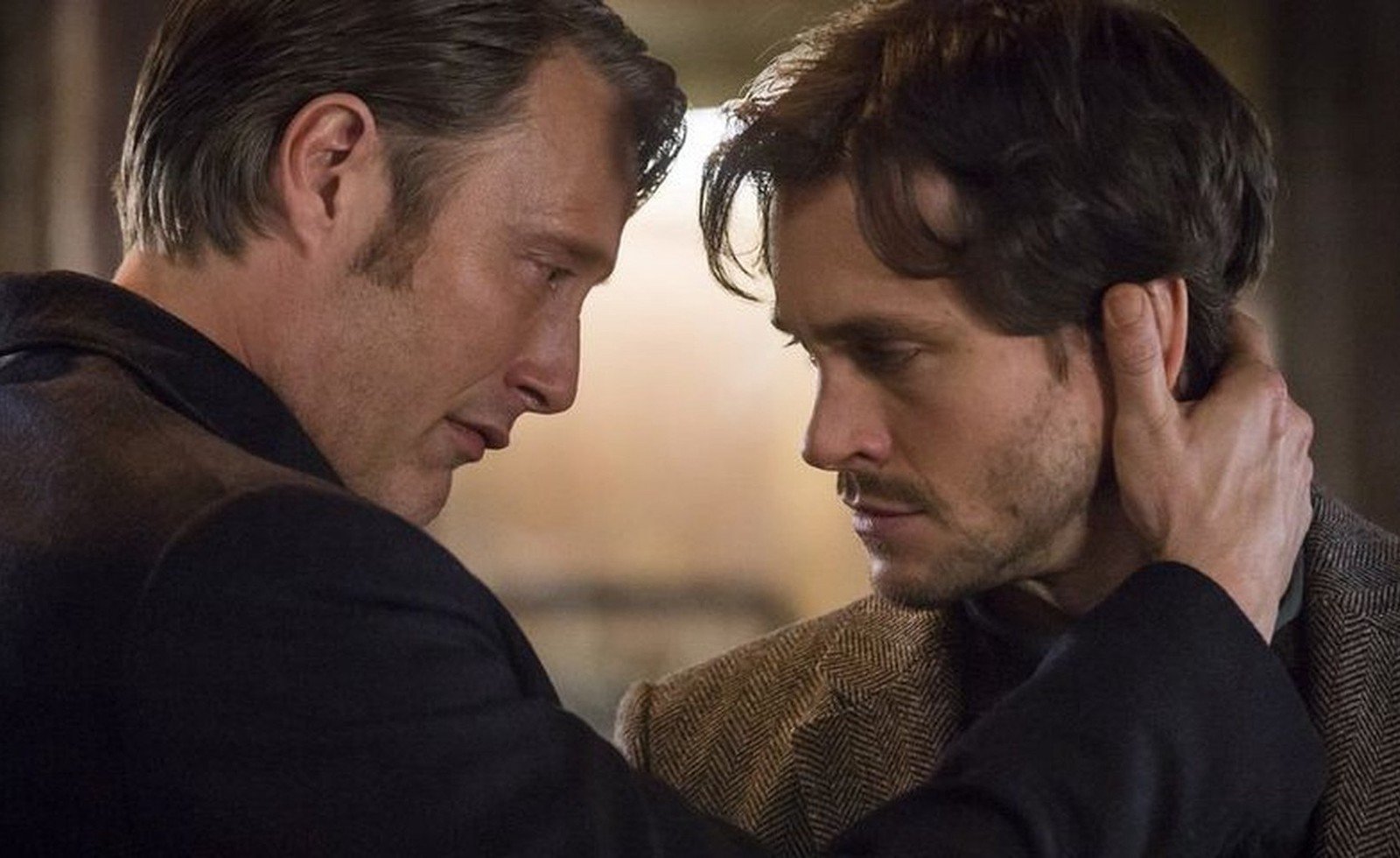 From the first moment of the show, Hannibal has always been a visceral visual experience. Why should the love scenes be any different? They’re not! There’s one in particular that springs to mind, the scene between murder wives Alana & Margo in season 3 episode 6. The entire thing is a little trippy and a lot fun to watch. 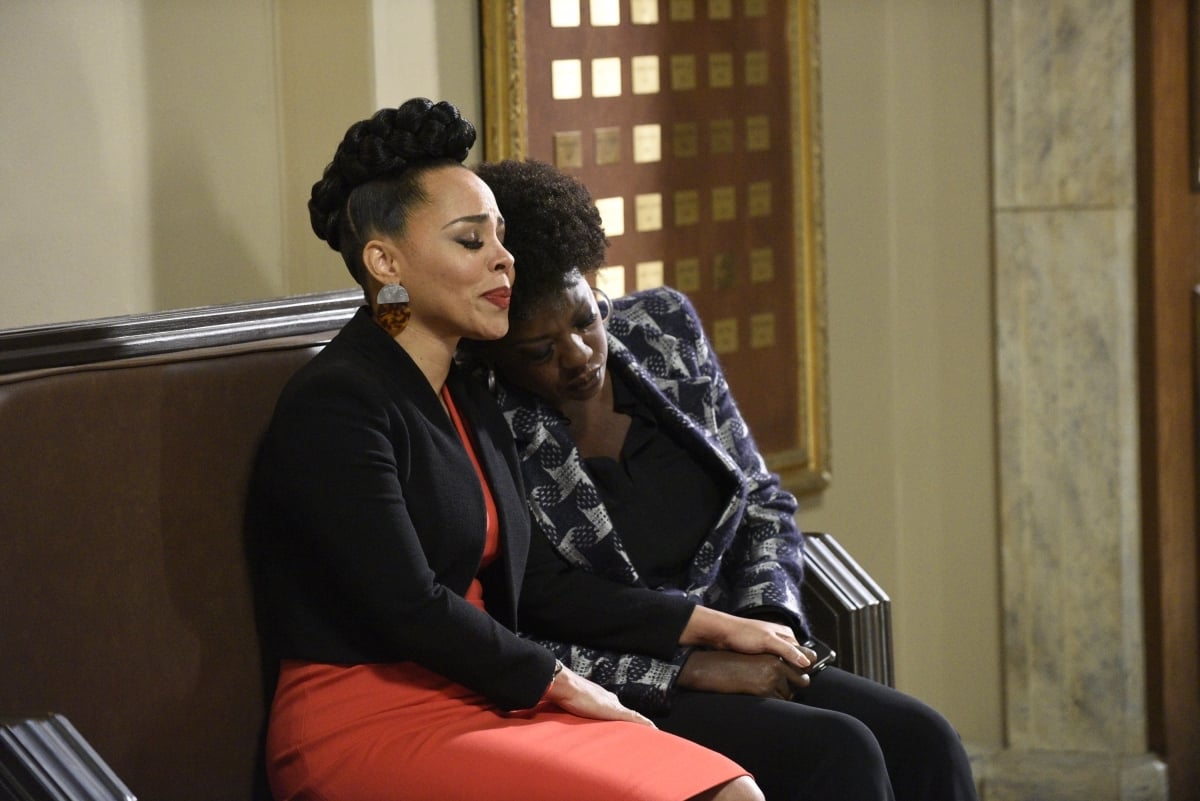 How to Get Away with Murder

While making love isn’t necessarily at the forefront of the How to Get Away with Murder’s plotpoints, it’s always a pleasant surprise when it does crop up. Such as in the very first episode when Connor (Jack Falahee) surprises Oliver (Conrad Ricamora) on network TV the first time they ever hook up. 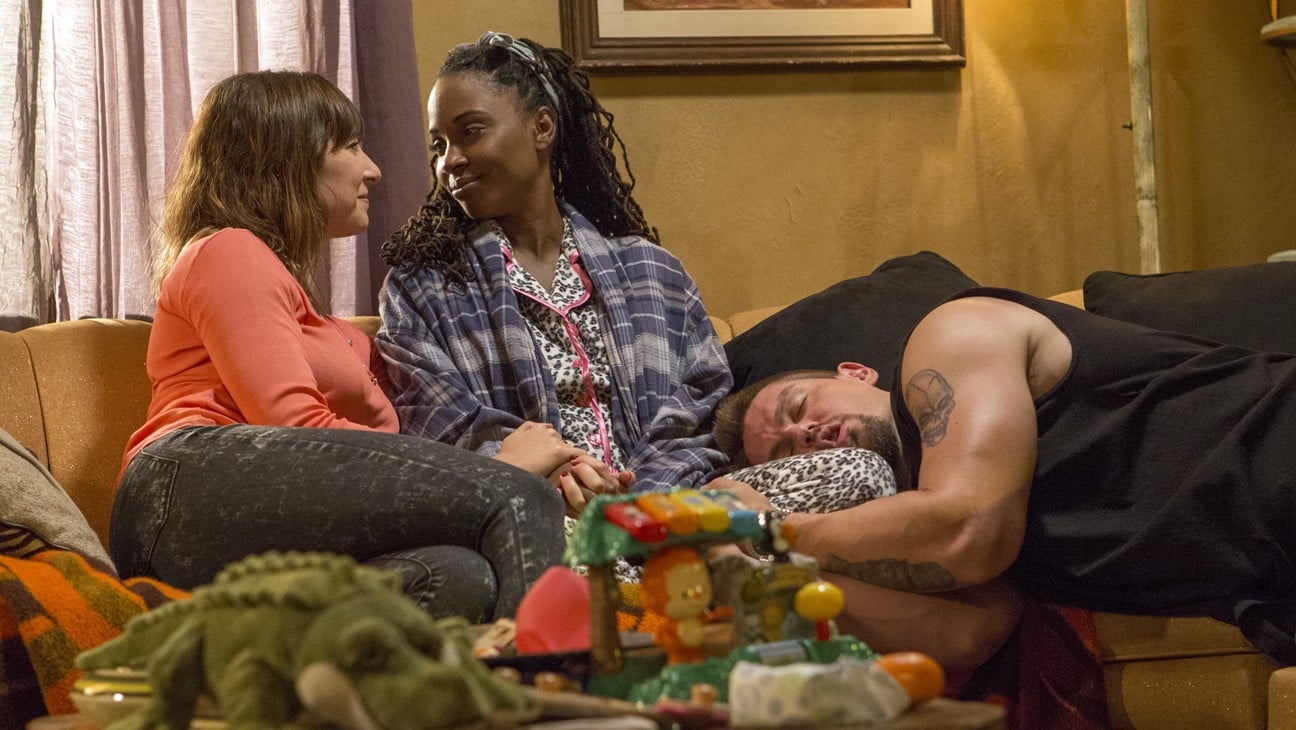 We’d be remiss to leave out one of television’s most popular queer couples: Ian Gallagher (Cameron Monaghan) & Mickey Milkovich (Noel Fisher) from Showtime’s Shameless. Their relationship has seen a lot of ups & downs (and some down downs), but one thing has been consistent: the incredible love scenes between them! 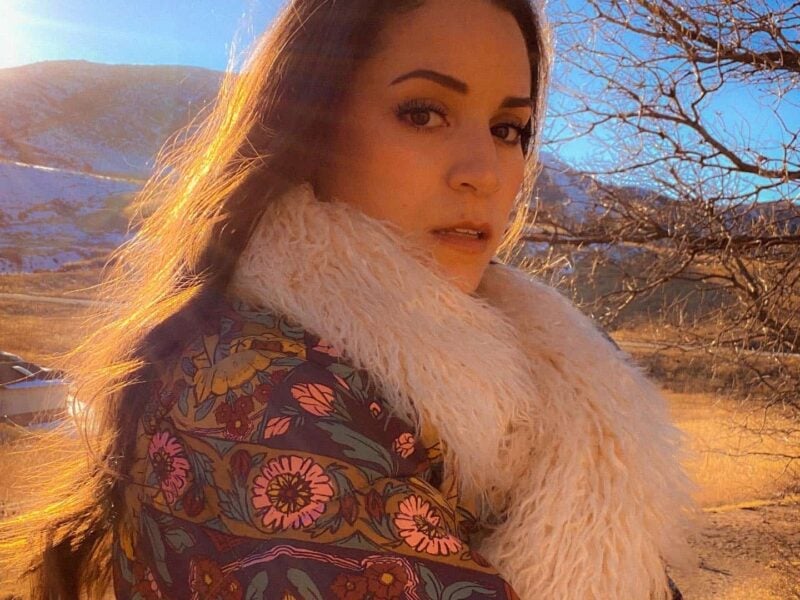