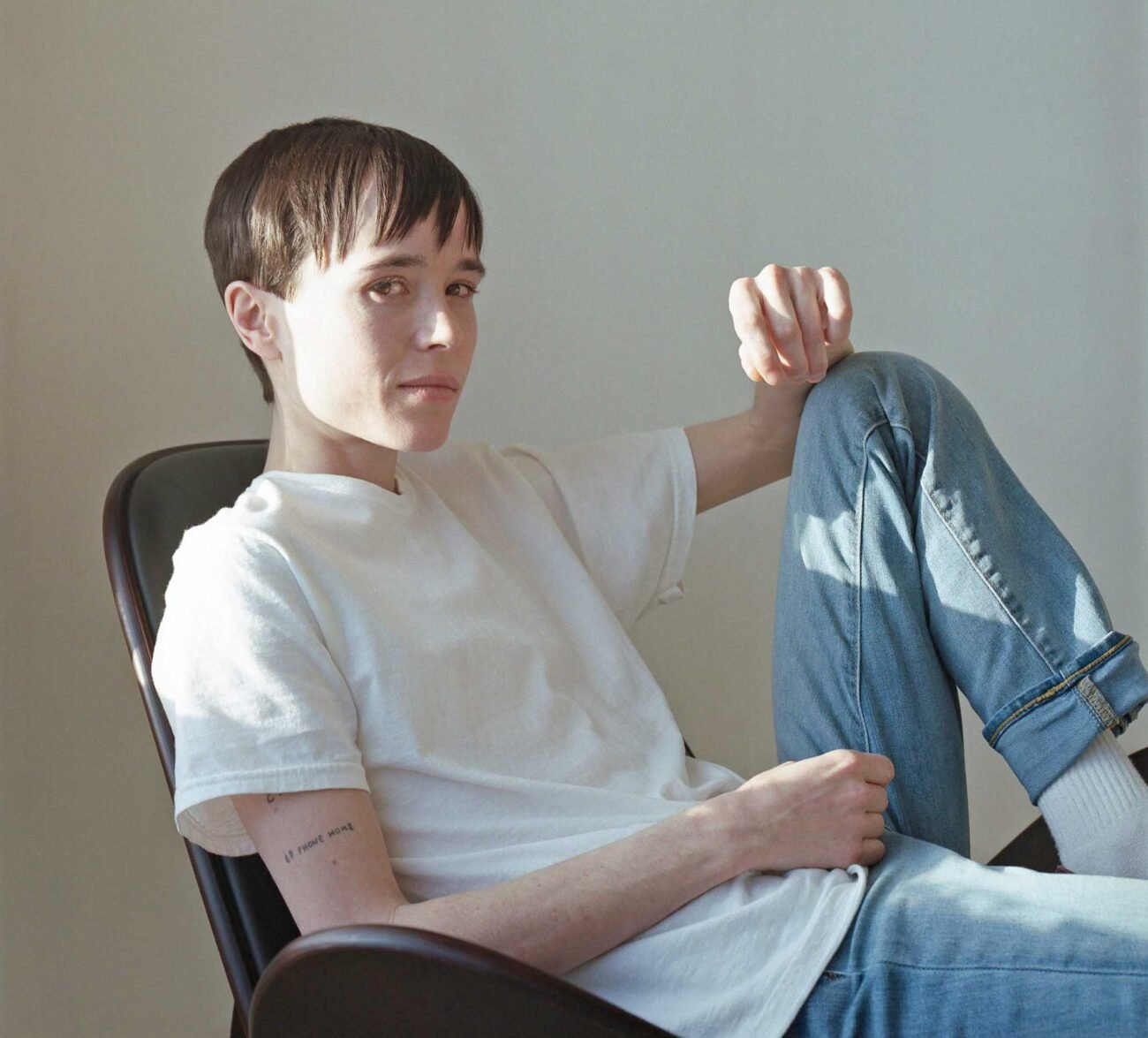 “I want to live and be who I am”: Read Elliot Page’s thoughts on coming out

In December Elliot Page made waves in the LGBTQ community, finally coming out as transgender on a post to his social media accounts. The esteemed actor wrote: “I want to share with you that I am trans, my pronouns are he/they, and my name is Elliot.”

Page’s posts had a powerful message for all transgender individuals who face the many difficulties when navigating societal hardships: “To all trans people who deal with harassment, self-loathing, abuse, and the threat of violence every day: I see you, I love you, and I will do everything I can to change this world for the better.”

After coming out back in December, Time magazine just revealed the first interview with Page, capturing his story of transition and how he feels now that he’s openly embracing his true identity. Here’s what Elliot Page shared about his gender identity and living his truth. 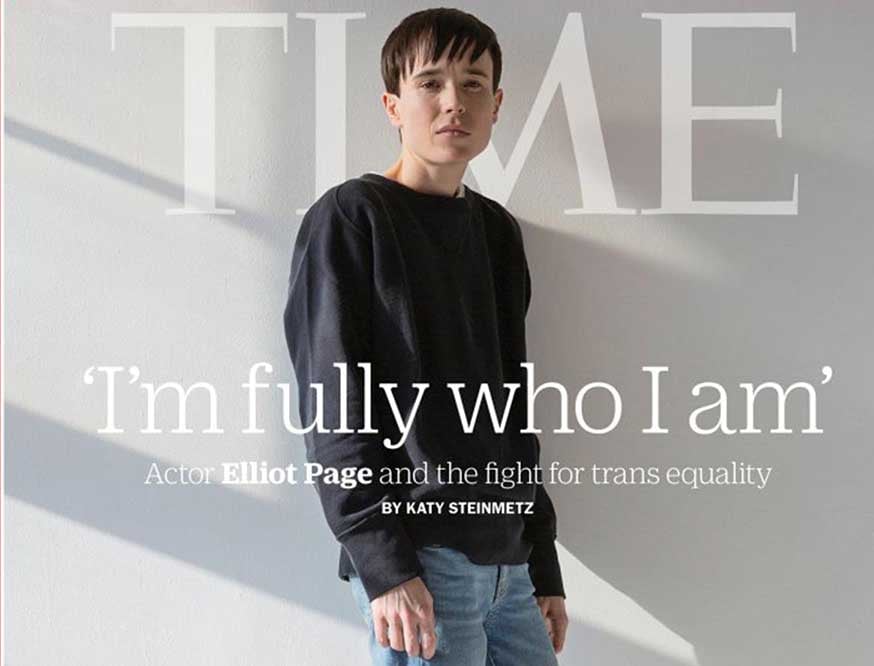 Opening up with Time, Page let his emotions run free, saying as tears spilled: “Sorry, I’m going to be emotional, but that’s cool, right?” Recounting what it felt like to make his decision to come out, Page described, “This feeling of true excitement and deep gratitude to have made it to this point in my life, mixed with a lot of fear and anxiety.”

This complicated emotion clearly coincided with the many different reactions he was expecting after sharing his true gender identity as a man. “What I was anticipating was a lot of support and love and a massive amount of hatred and transphobia,” said Page. “That’s essentially what happened.”

While plenty of scrutiny came from his statement, it also brought him more attention. His team even received offers to “direct, to produce, to act in trans-related roles but also just some “dude roles”, according to Time. “I’m really excited to act, now that I’m fully who I am, in this body,” Page expressed. “No matter the challenges and difficult moments of this, nothing amounts to getting to feel how I feel now.” 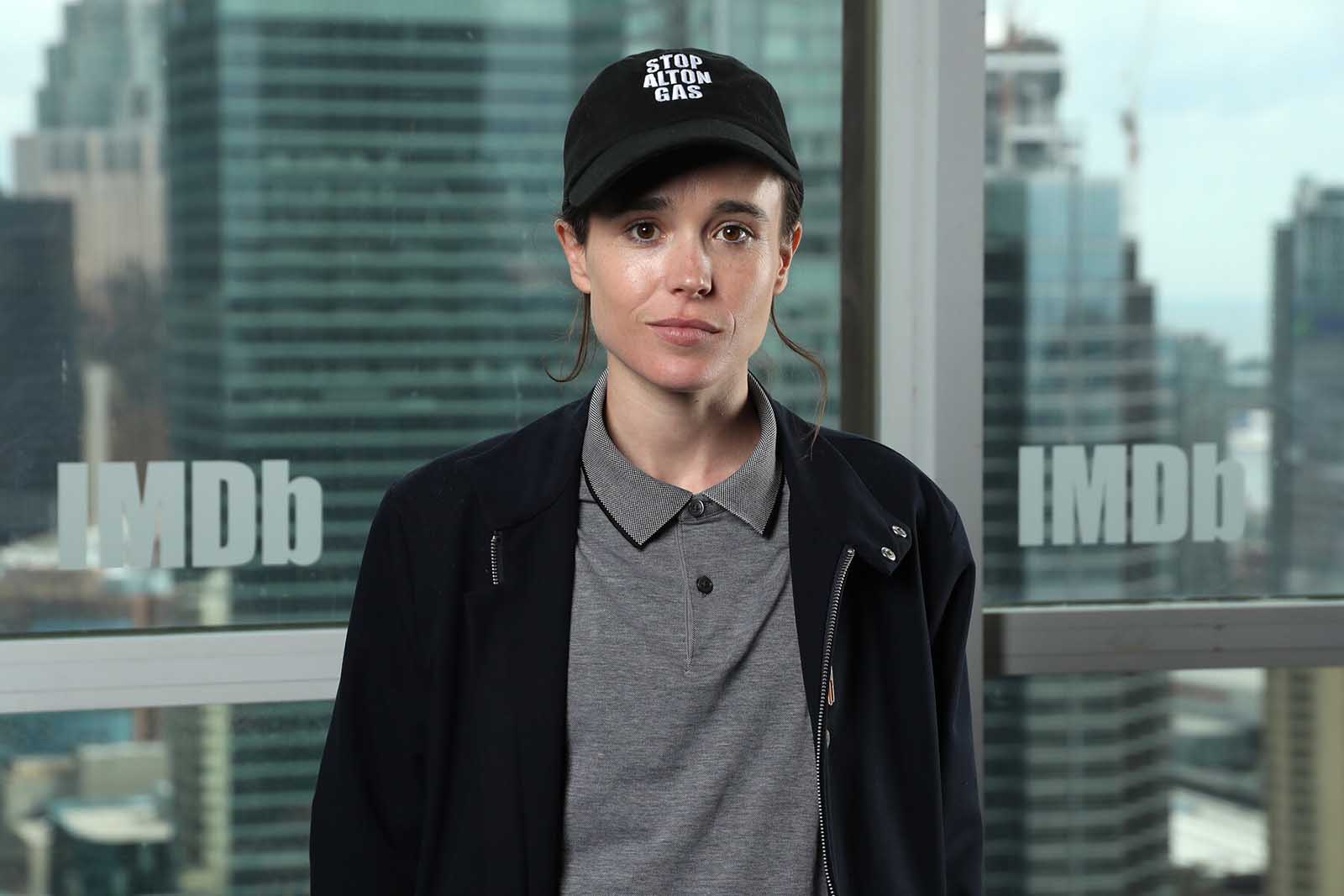 Page knew from a young age  – around nine years old – that he preferred feeling like a boy. The feeling especially kicked in when he was allowed to get a short haircut. “I felt like a boy,” Page said. “I wanted to be a boy. I would ask my mom if I could be someday.”

However, when Page was first cast in the TV movie Pit Pony at the age of ten, he had to act as a girl and even wear a wig for the film and let his hair grow long for his future roles. “I became a professional actor at the age of 10,” Page explained. And pursuing that passion came with a difficult compromise. “Of course I had to look a certain way.” 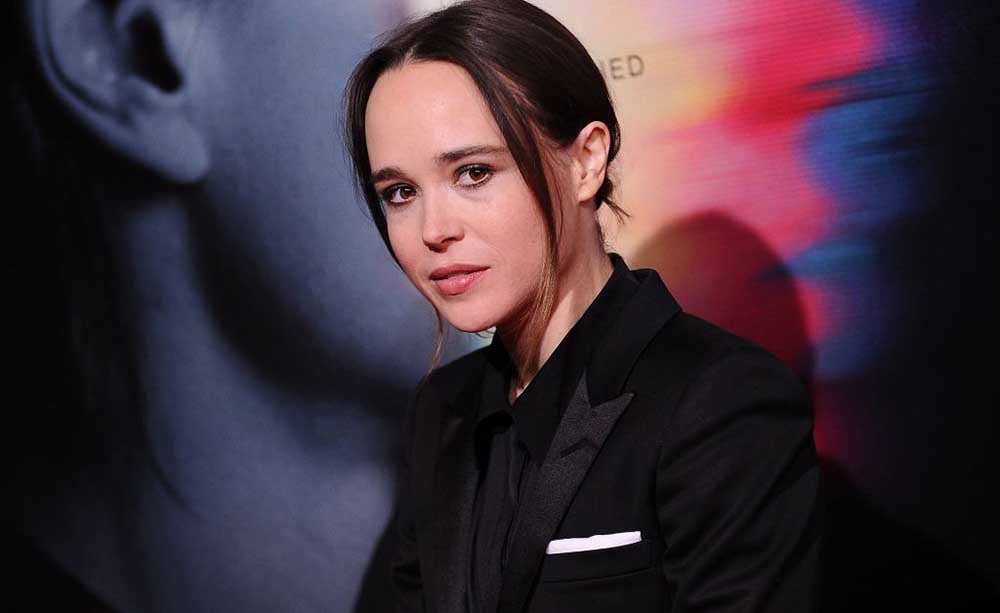 His role in Pit Pony eventually led Page to land a film called Mouth to Mouth, allowing him to cut his hair again as a young anarchist. Sixteen at the time, he was subjected to high school teasing for his look. After playing the thriller Hard Candy, he had to continue the long-hair chagrin.

Page’s career especially took off after his role as a pregnant teenager in Juno which earned him Oscar, BAFTA and Golden Globe nominations. Though such attention & obligation to dress like a girl was particularly agonizing, and Page recalled that, “I just never recognized myself. For a long time I could not even look at a photo of myself.”

When Page took on roles in blockbusters like Inception, his feelings of gender discomfort evolved into depression & anxiety. The actor struggled to express his pain putting on an act, saying that even just “putting on a T-shirt cut for a woman would make me so unwell.” Page’s Whip It costar Alia Shawkat recalled him expressing how femine outfits felt like “a costume” and how difficult “the press & expectations” were. 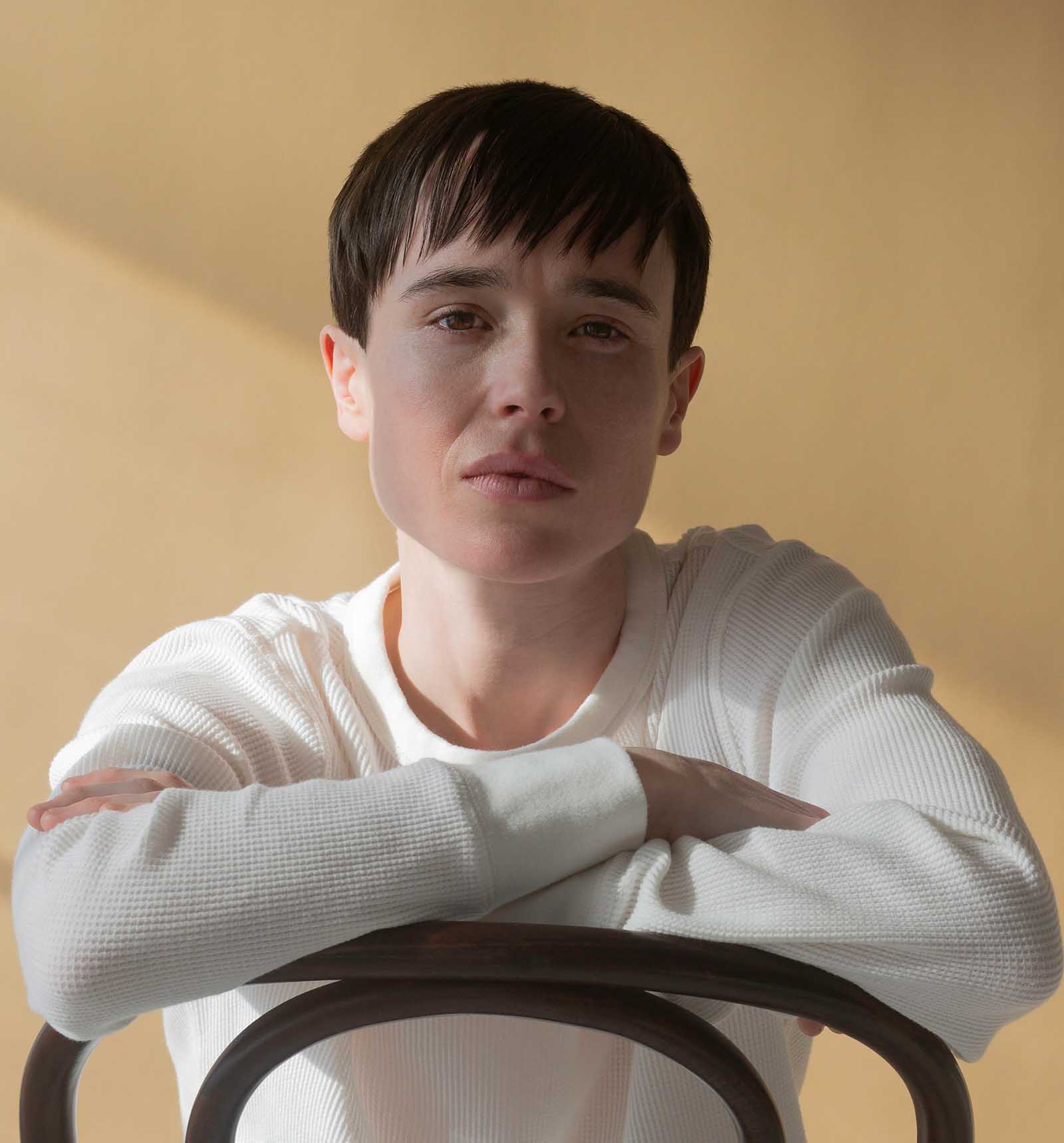 Page admitted that his decision to come out as transgender was “selfish” in some ways, asserting, “It’s for me. I want to live and be who I am.” But Page additionally felt his action to come forward could inspire change, thus giving him a moral imperative.

“Extremely influential people are spreading these myths and damaging rhetoric – every day you’re seeing our existence debated,” Page expounded. “Transgender people are so very real.” Being seen & heard can become such a strain when powerful influencers like J.K. Rowling have openly perpetuated transphobia. 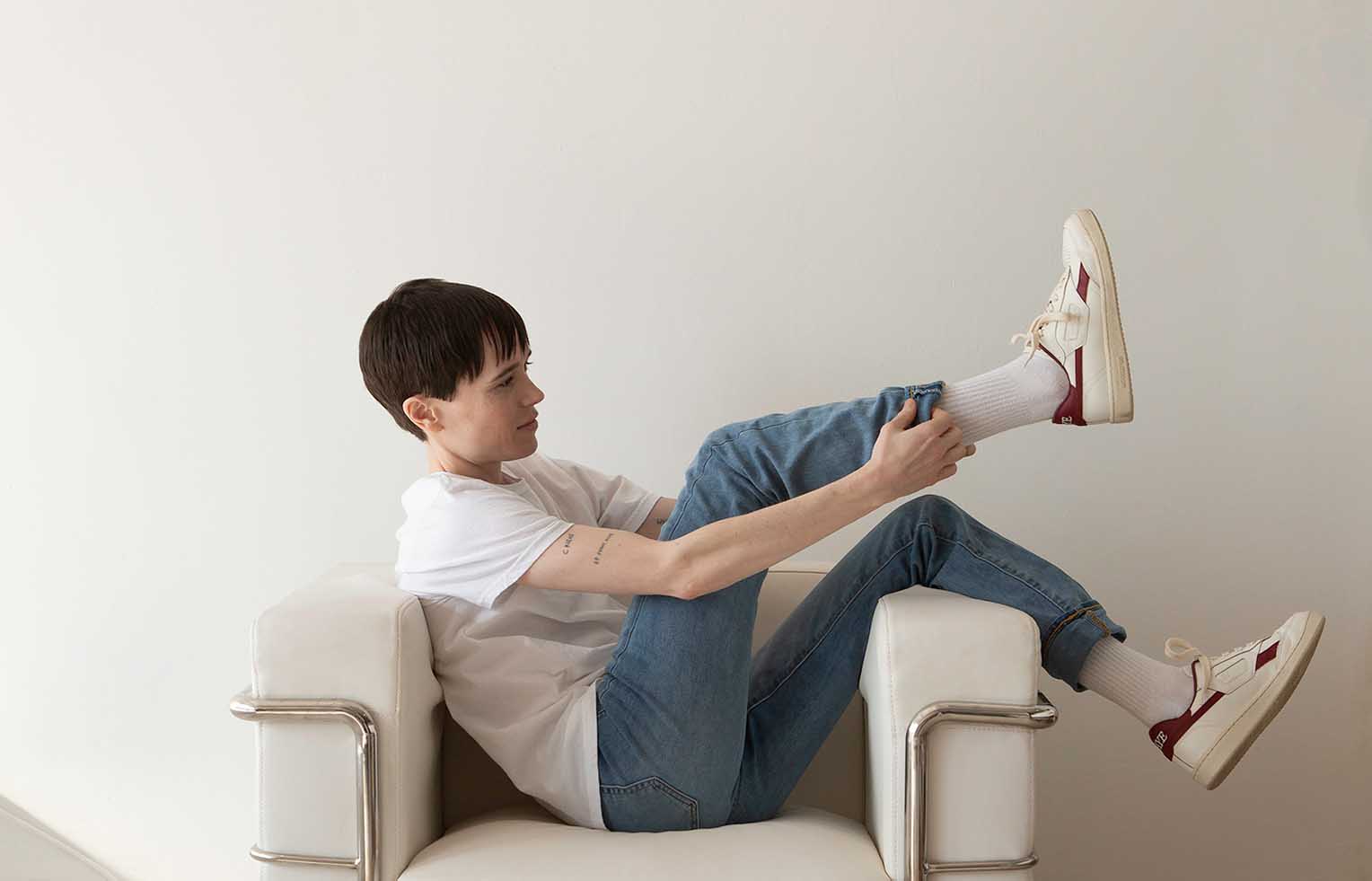 “My privilege has allowed me to have resources to get through and to be where I am today,” he acknowledged. “And of course I want to use that privilege and platform to help in the ways I can.” As an influential actor himself, Page has already been a compelling voice in the community.

“People cling to these firm ideas [about gender] because it makes people feel safe,” Elliot concluded. “But if we could just celebrate all the wonderful complexities of people, the world would be such a better place.”