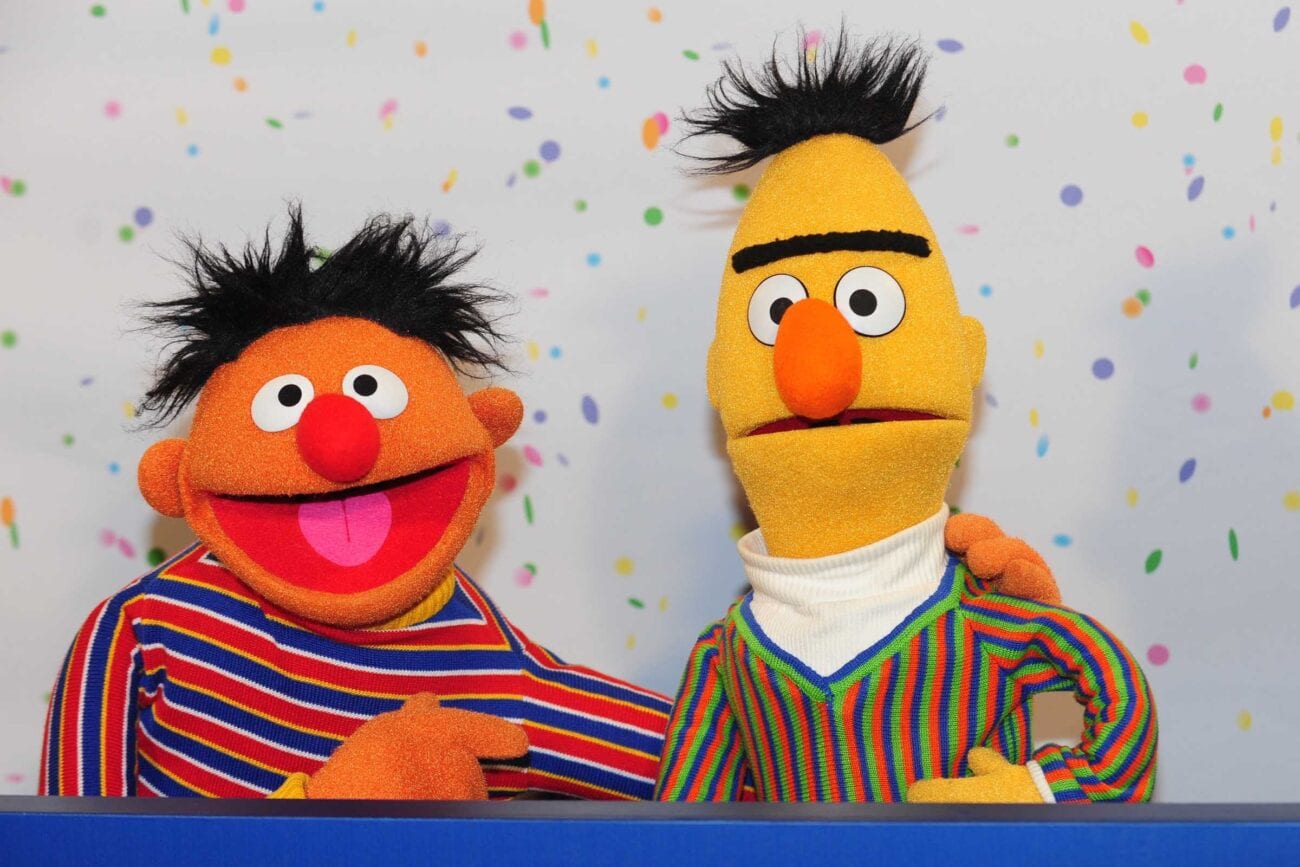 ‘Sesame Street’: Will Bert and Ernie finally come out after this video?

First Blues Clues and You, and now Sesame Street is giving kids some LGBTQ+ education. In honor of Pride Month, the hit PBS/HBO series introduced its first gay couple in the show during a “Family Day” episode. As residents introduced their families to our favorite Muppets, Nina (Suki Lopez) introduced the street to her brother Dave (Chris Costa), his husband Frank (Alex Weisman), and their daughter (Olivia Perez).

While families with two dads or moms have been shown in photos before on Sesame Street, this marks the first time on video a couple actually appeared on the show. Well, unless you count Bert & Ernie.

Since the show premiered in 1969, people have been cracking jokes about how Bert & Ernie are together, but play to the stereotype of just being “roommates”. Now that Sesame Street has introduced a gay couple to the show, fans are wondering if this means we’ll get a coming out video from our favorite pair. 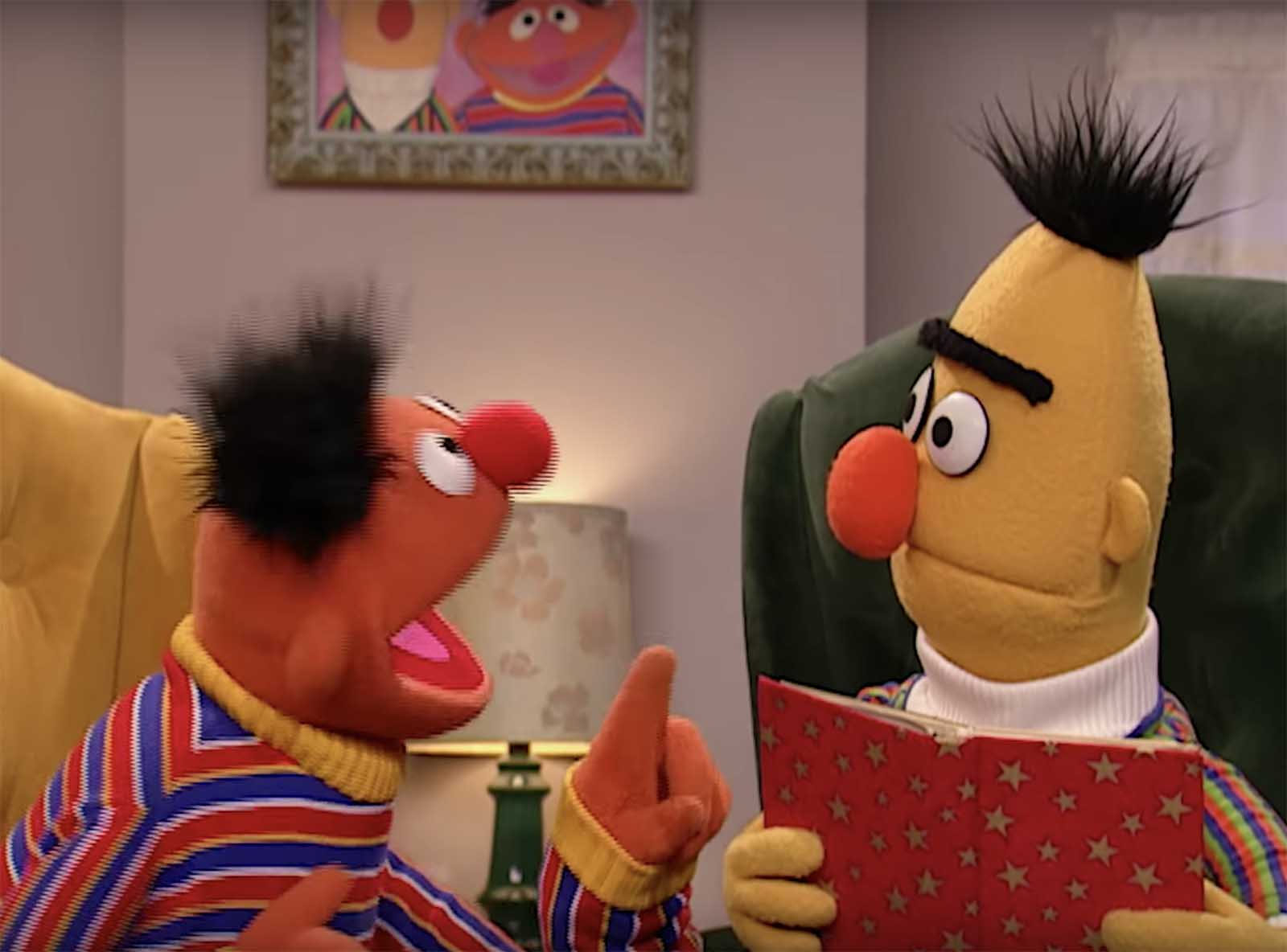 The loves of their lives?

While Bert & Ernie have been living together for over fifty years, the Sesame Workshop has clarified time and time again they’re only best friends. Yet for years, people have used the two of them as gay symbols. Even when the Supreme Court made same-sex marriage legal, people used our favorite Sesame Street characters to represent the success.

Memes on memes upon memes feature the two in a happy relationship together, raising Ernie’s rubber ducks together. Some even see the two of them adopting a child and raising their dream family. Of course, all of this is solely based on fan theories. But could 2021 be the year Bert & Ernie come out? 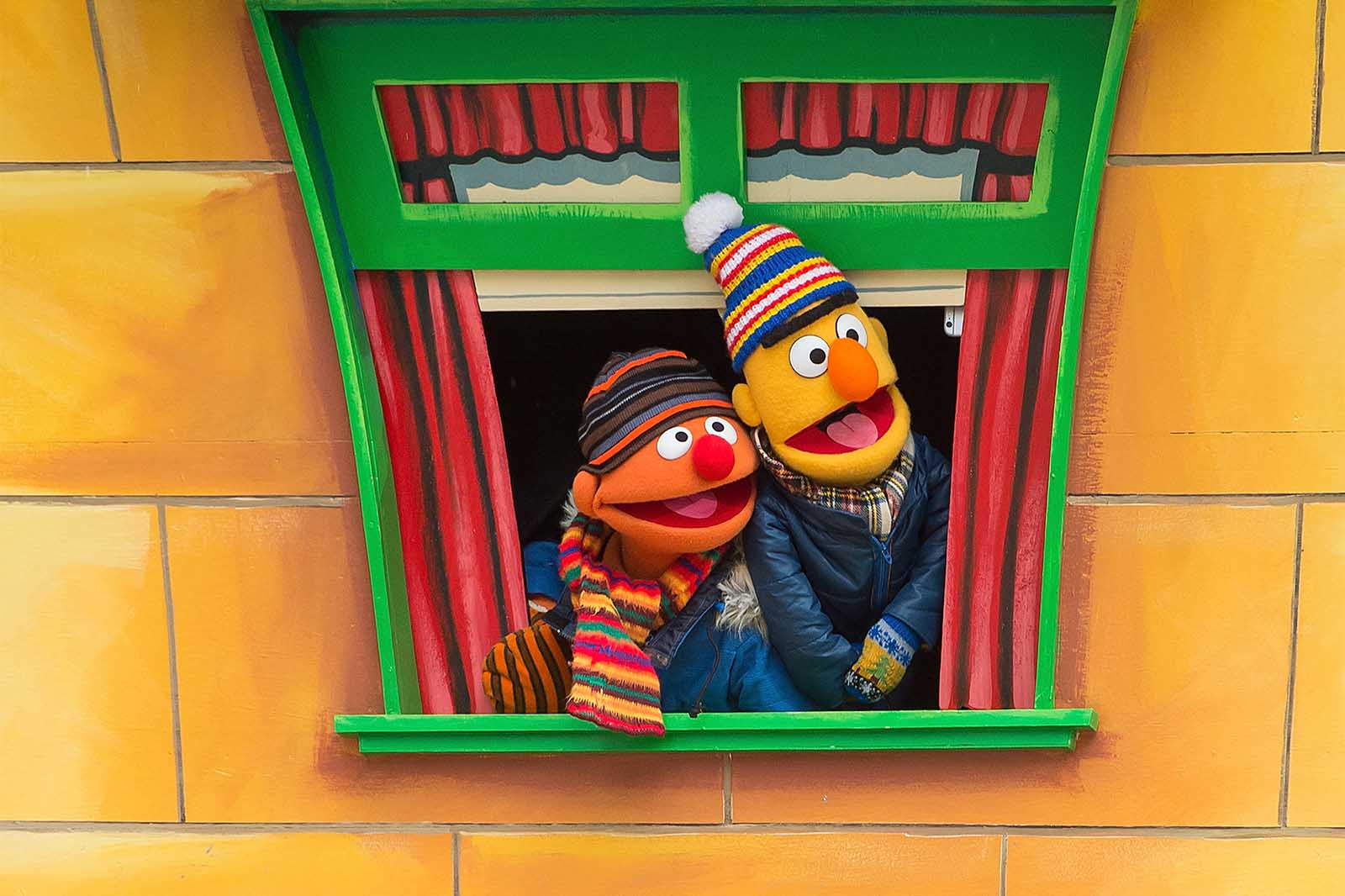 What do the experts say?

Most recently in 2018, Frank Oz, the original puppeteer for Bert, commented “They’re not, of course, a gay couple. But why that question? Does it really matter? Why the need to define people as only gay? There’s much more to a human being than just straightness or gayness.”

Due to backlash after his comments though, Oz walked back his statement saying “A last thought: If Jim [Hensen] and I had created Bert and Ernie as gay characters they would be inauthentic coming from two straight men. However, I have now learned that many view them as representative of a loving gay relationship. And that’s pretty wonderful. Thanks for helping me understand.”

However, the Sesame Workshop has stood by their stance on Bert & Ernie’s relationship, and were even rumored to pursue legal action when The New Yorker published an illustration of the two of them celebrating California’s Prop 8 being repealed. 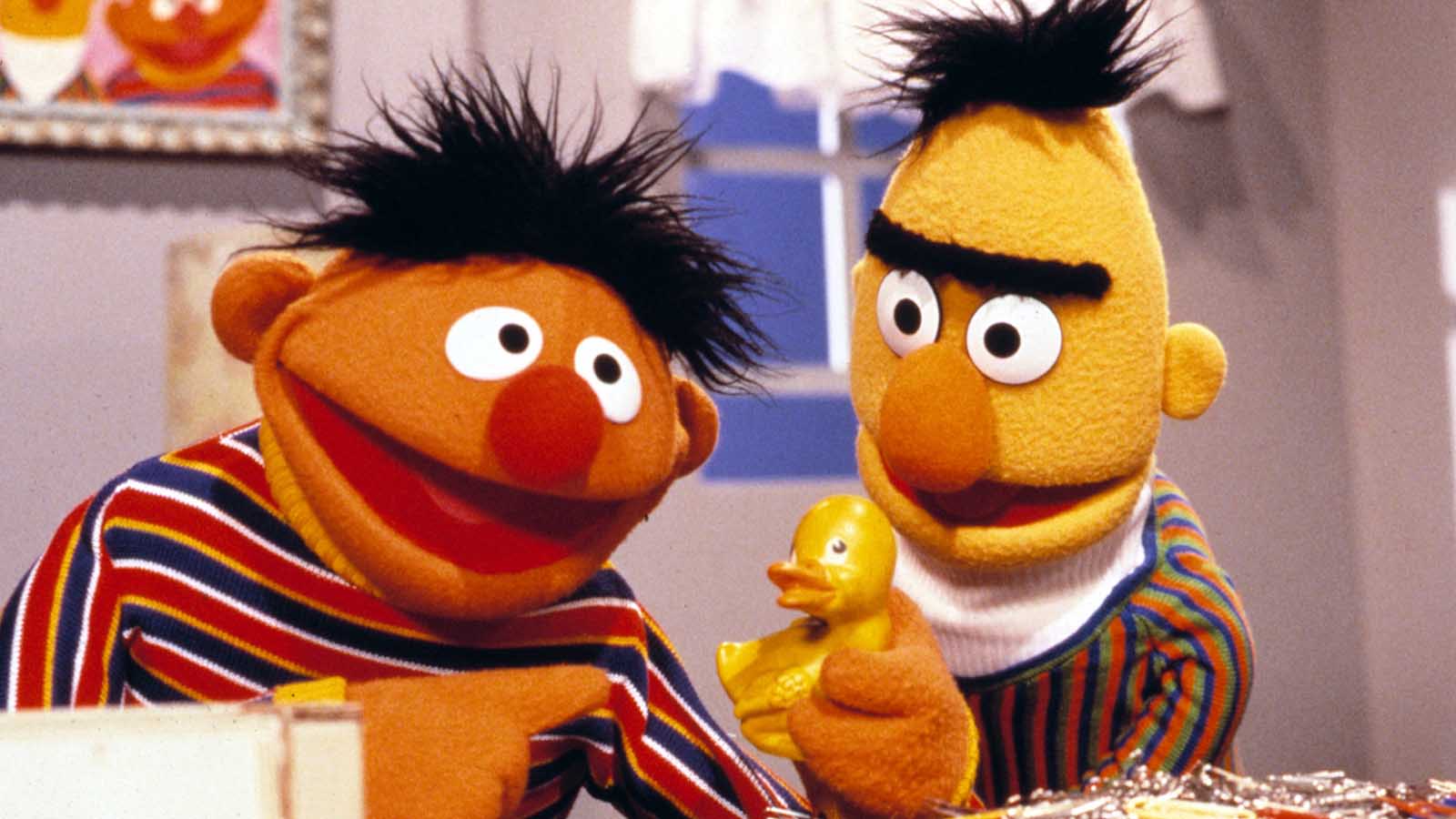 Why the people want it

When Sesame Street premiered in 1969, the idea of having a gay couple in any TV show, let alone one meant for children, was outrageous. But over its past fifty years on TV, Sesame Street has taken on controversial subjects, like introducing characters with various disabilities, religious backgrounds, and ethnicities.

While this is the first time a gay couple has been shown on video with Sesame Street, it’s far from the first time LGBTQ+ characters were mentioned. In the past ten years as well, numerous children’s shows have introduced characters across the LGBTQ+ spectrum. Sesame Street wouldn’t be setting a trend, they would be following the flow.

Naturally, if Sesame Street were to have Bert & Ernie come out as gay in a video, it would definitely cause an uproar among many homophobic groups. But there would be millions willing to support the children’s program for their decision to make such a move. As the Sesame Workshop says though, they have no sexuality, as they are puppets.

Are you here for Bert & Ernie coming out, or do you agree that they’re just puppets and this is irrelevant? Keep the discussion going below.